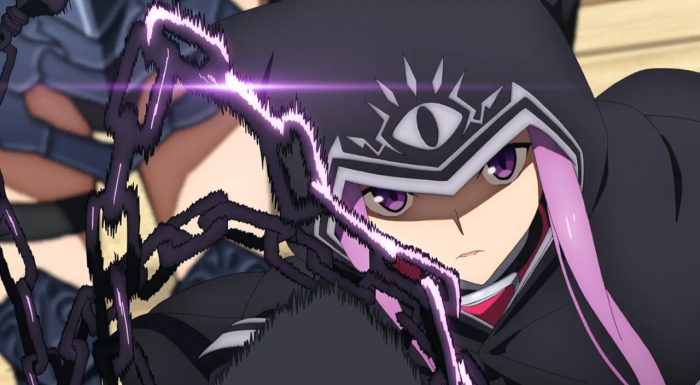 We’re getting a pretty good feel for the various Goddesses involved in this story right now. In some ways you’d think that jumping around from Ishtar to Quetzalcoatl (my goodness that’s a name) would be a bit strange. But, I did remind myself that Gorgon did give several days as the deadline before she really starts her assault to wipe out humanity. With the main cast not knowing about Ushiwakamaru’s situation, there really isn’t much hurry to face off against Gorgon. So they could take time to go after Ishtar and now to try and get this Axe of Marduk. At this moment, time is their ally and using every second of it to secure a victory is critical. While facing off against Quetzalcoatl isn’t ideal, if they can handle that threat now it would help clean up this singularity. 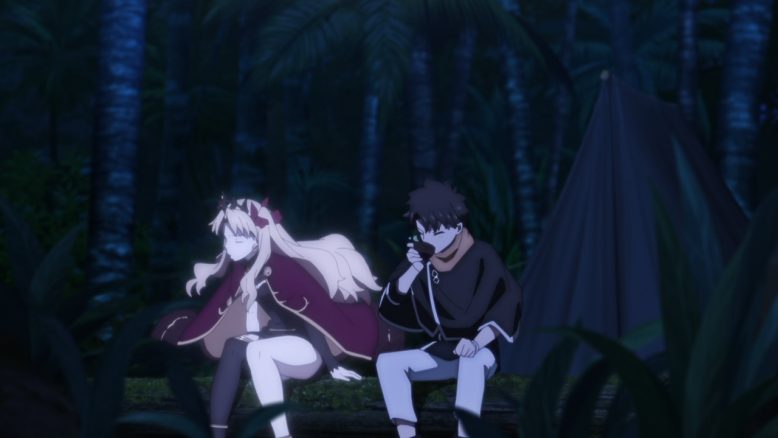 Ishtar is a bundle of mystery. Or rather the show is making it increasingly clear that something isn’t quite right here. A few episodes ago it was made clear that the members of the goddess alliance can’t confront each other directly or even speak their true names. Either that was a lie or something weird is going on here. Ishtar had no serious hesitation about identifying Quetzalcoatl. Of course it hardly mattered since Quetzalcoatl identified herself when she attacked Uruk anyways. So from a story perspective the important information wasn’t Quetzalcoatl’s identity but that Ishtar said it. That Ishtar could attack Jaguar Warrior isn’t that weird since she had more of a loose alliance with Quetzalcoatl. But the verbal confirmation thing was a bit deal.

Of course the mystery builds up anyways when we consider the night time chats. It’s one thing for Ishtar to have a sneezing fit, but another for that sneezing fit to transform her into someone else for a moment. All the more so when that person has clearly been seen in the OP. Pieces do fall into place a bit better if we consider this nighttime version a different person from Ishtar. All the more so since the backstories don’t quite fit. Ishtar talked last week about being pretty free and sneaking around as she pleased. While this one talked more about being restricted from the beginning with a serious role to play. The show will get to the truth anyways, so nothing more to say on this front. 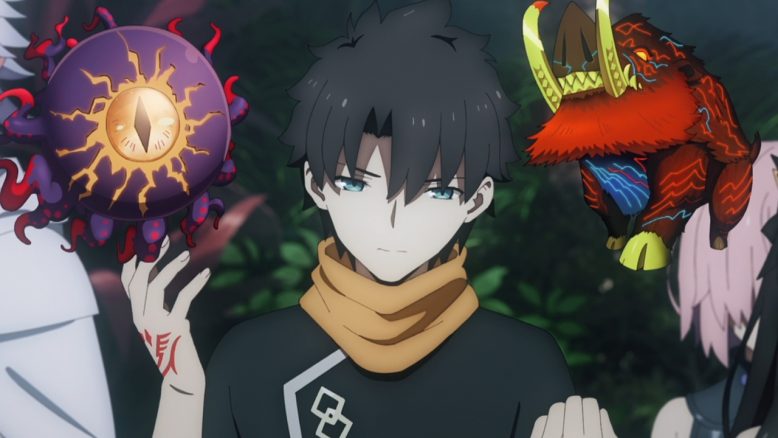 We literally just saw the power of “Harem Protagonist EX” at play here! Including of course Quetzalcoatl randomly proposing marriage to Ritsuka, we had the Jaguar Warrior bit. I suppose seduction is a better strategy than fighting when facing an opponent that strong. Although with Ishtar they likely could beat Jaguar Warrior down with pure force this time. But recruiting someone like that is useful. She’s utterly insane, but pretty darn powerful. With the firepower they lost recently, the main cast desperately need as many as they can get. I get Ana’s reservation, but this does lessen her burden significantly. With Ishtar and Jaguar Warrior bringing the firepower, Ana can now slip into a sneaky role and use that weapon of hers to full effect. Also yeah, Ritsuka has harem powers to the max. Even if Mash is trying to stake her claim, he’s going to recruit some allies. 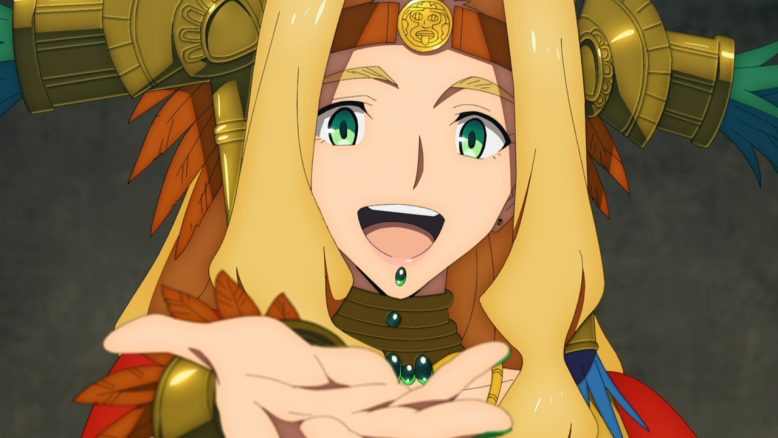 So now we’ve got a wild individual in Quetzalcoatl to face off against. I suppose on the positive side she hasn’t killed many people. They seem to be presuming she hasn’t killed anyone, but who knows. If anyone is prepared to die in the process of facing her then they probably would be dead. But, I suppose the list of people ready to die fighting an overpowered Goddess is not huge. Of course it is just a step better than the worst case. Those people are still being held captive and can’t fight on the front lines or support Uruk.

Not being dead is good, but only as long as Quetzalcoatl can be dealt with. Doesn’t help anything either that she’s apparently super powerful or that anyone considered ‘good’ can’t really do much against her. That gets all the more problematic since their party isn’t exactly fully evil. Ishtar may do questionable things, but from what we can gather she’s not considered evil. Defeating someone like that won’t be easy in the slightest. 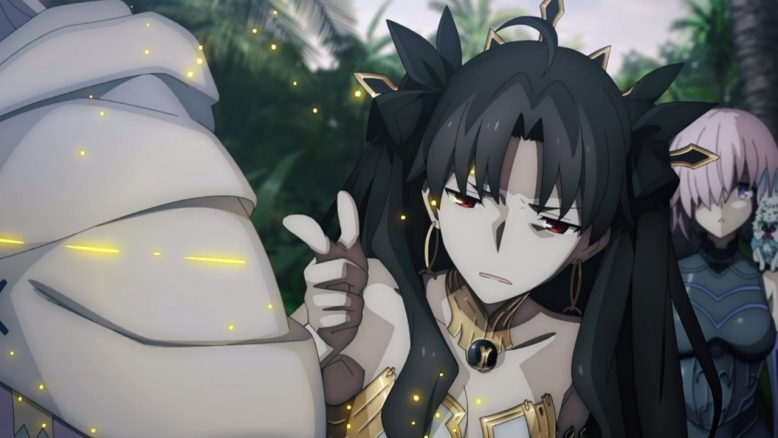 This was another good episode. I did feel like they were pulling their punches a bit here to save some budget. A fair amount of conversations held at a distance (though Ishtar vs Gil was fun) and Jaguar summoning backup that was blurry and far away. But, I’m not really bothered there. This show has been a visual feast and if they want to save a bit of time and effort for more important scenes I’m ok with that.