Rascal Does Not Dream of a Dreaming Girl 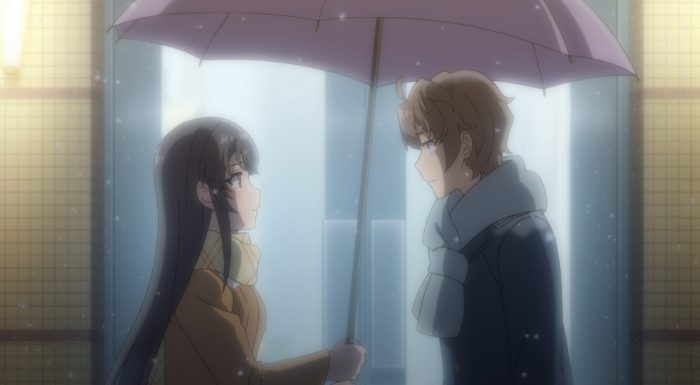 This movie was definitely fantastic and a great way to conclude the story that we saw across the original show. This was the situation that needed to be tackled before Sakuta and Mai could possibly move forward. And holy smokes it was an emotional rollercoaster worthy of this series. What we got here was effectively summing up the entire adventure in one arc. Just about everything Sakuta has been through ends up being brought back up either directly or similarly to previous situations. We had time manipulation (Koga), we had two version of the same character (Futaba), a character that most people can’t detect (Mai), etc. All of this in order to tackle one of the toughest situations the main cast has faced in the crisis of Shoko. Trying to resolve this tested their abilities, emotions, and honestly their sanity. It all worked out, but they suffered for it. 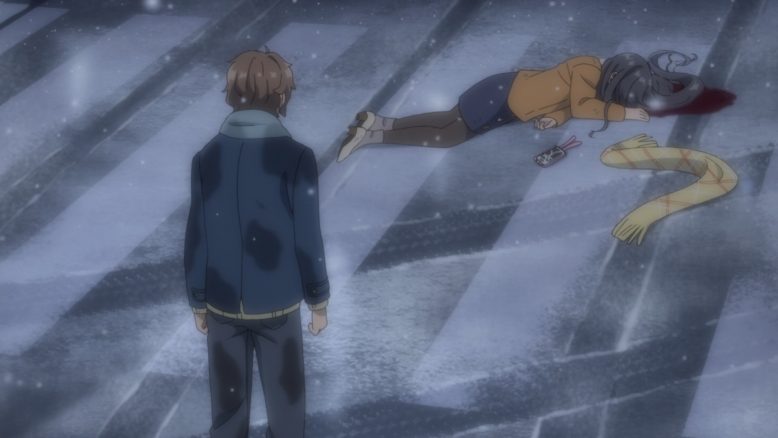 Nothing was quite as shocking as seeing Mai get run down like that. The mind just starts doing mental gymnastics in trying to figure out how she isn’t dead here since…they can’t do that! The universe has laws and Mai must be protected! Which of course made the whole pool of blood and news reports covering her death rather hard to process. No shock that this did quite a number on Sakuta’s mental state. And honestly it should have been this traumatic. Mai was truly dead there and it just messed up a lot of people. It was an effective reminder of how stupid Sakuta had been. It’s fine and dandy to want to save someone, but this is the kind of tragedy you leave in your wake when you do something like that.

There were points in the original show where I really wondered if Sakuta was just too self-sacrificing. Now I can understand the lengths he’d go to in certain situations. Suffering from lack of sleep to keep Mai being detected is perfectly understandable. It’s a fool’s errand and destructive, but I get it. But this was death. I get that he wants to save Shoko. That’s very understandable. We’re talking about his first love that saved him at his lowest point. But if the only way to save someone is to commit suicide…you have to draw a line. He isn’t killing Shoko by refusing to commit suicide. It would just be refusing to kill yourself. Self-sacrifice to that point is just insanity. And it was a warranted slap to the face by Mai through her own sacrifice. An insane move on her own part, but one caused by Sakuta being crazy. 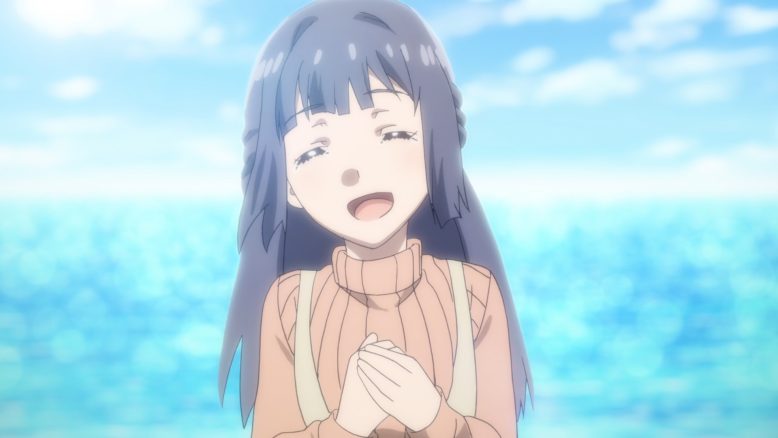 I really did wonder what this girl was thinking at times. Shoko knew from the start (though defining the start is tricky) that Sakuta and Mai were together. When she appeared during Sakuta’s lowest moment she knew it and when she appeared in this movie she knew it. So I did find her aggressive actions a bit distasteful. I would say though she salvaged things by standing up and trying to stop Sakuta. I’d still say of course that if she had kept quiet in the first place that Sakuta probably wouldn’t figure out the truth and there wouldn’t have been a need to trick him into not being in the place of his ‘death.’

People are just complex, I suppose. Shoko likely wanted to live, wanted Sakuta to live, and was stuck in-between that. Wanting to spend time with someone you fell for and yet not wanting them to die so you live alone. The ‘ideal’ scenario I suppose in some ways would have been the Mai death route. There goes your romantic rival while your life is secured. But obviously Shoko wasn’t that evil. Plus it would be pointless since Sakuta ends up broken because of it. And much as she’d love to live with him, seeing him that destroyed would be devastating. 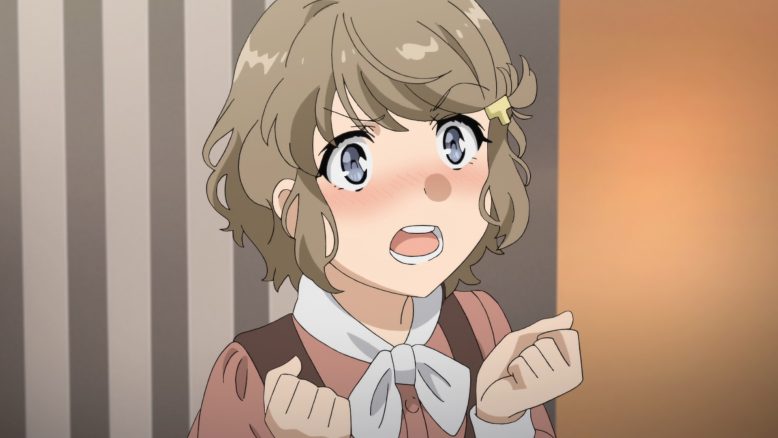 It really did leave me smiling to see Koga being a hero here. The power of people kicking each other’s butts! It really did work nicely that she was the one to find him. They did need someone to do it anyways and she needed a moment in this story. Without Koga then all the effort to send Sakuta back in time to save Mai would have been pointless. I did wonder for a moment if they’d somehow have future Sakuta die and then use his heart to save Shoko. But I suppose that would be breaking some crazy laws in the universe. Not that they didn’t find a kind of idealistic solution anyways. But it just wasn’t that kind of perfect solution. 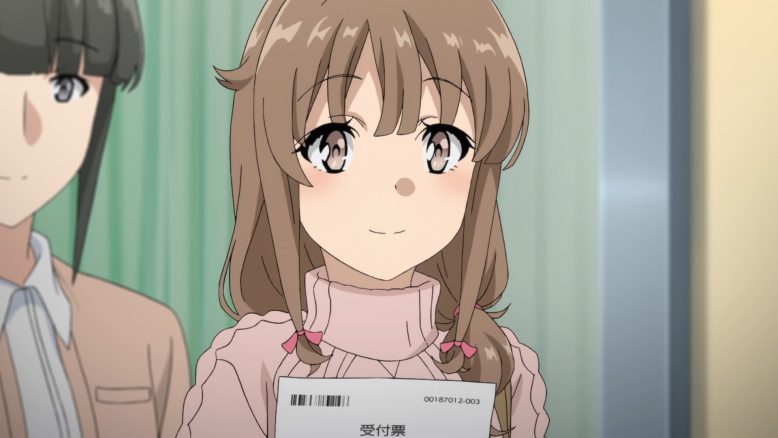 I suppose the ending and way of resolving this arc could be hit or miss for people. After all a lot of the events we experienced in the show didn’t exactly happen or happen the same way due to the time travel shenanigans. Plus they didn’t really cover how the heck going back in time prevented Shoko from developing a heart condition. I’m not a doctor, but not sure how you interact with a person in such a way that they don’t develop that kind of deadly illness. But regardless it was a move that could blow up in their faces. It was thus incredibly important to establish that yes past events more or less happened the same way. So we aren’t looking at say a Koga that never had a run-in with Sakuta and thus would be strangers to him.

It feels like everyone still went through a surprisingly similar journey even if that is a bit hard to believe at times. The one that did leave me a bit unsure though was Kaede. It didn’t exactly feel like the one we knew before her memories came back, but I wasn’t sure either that it was the one we met after her memories came back. Maybe it was just me having a weird feeling about it. But I’ll just have to assume everything went pretty well the same as in the original show minus Shoko related stuff. 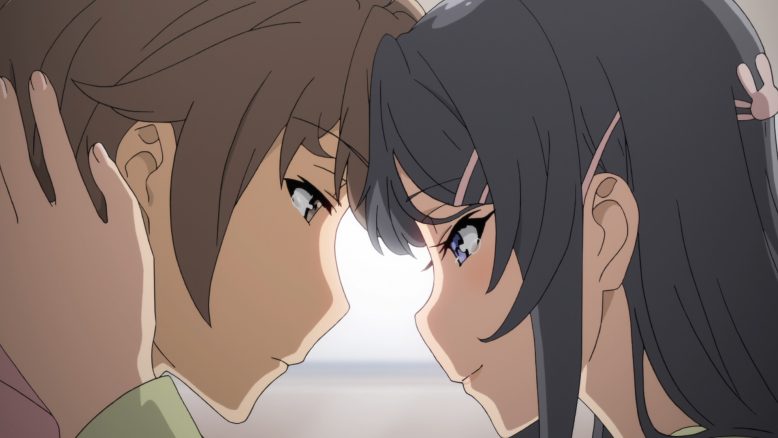 This was a very intense movie. I was really uneasy for a lot of it. It left me wondering what would happen to Mai and Sakuta. I just wasn’t sure if they’d get out of this happily. Shoko was after all the first love of Sakuta’s life so if anything could really put their relationship at risk it would be that. But in the end they figured things out and life goes on. Ideally, I would have liked a different means of saving Shoko than having Sakuta do time travel and having to re-do events of the past. But at least it all ended happily enough. Shoko has a future ahead of her and no one had to die for it. Heck, Sakuta gets out of having a truly damaged body as well. Although without those scars, I’m not sure how easily he managed to get Mai to trust him.

Definitely a movie worth waiting for. It was an experience that had me really stopping to think about what would happen and feeling the stress of the situation. Tension isn’t always easy to create in shows like this. But it reminded me why I enjoyed the show so much in the first place. They really managed to get me sucked into these stories and invested in the characters.

in Rascal Does Not Dream of a Dreaming Girl