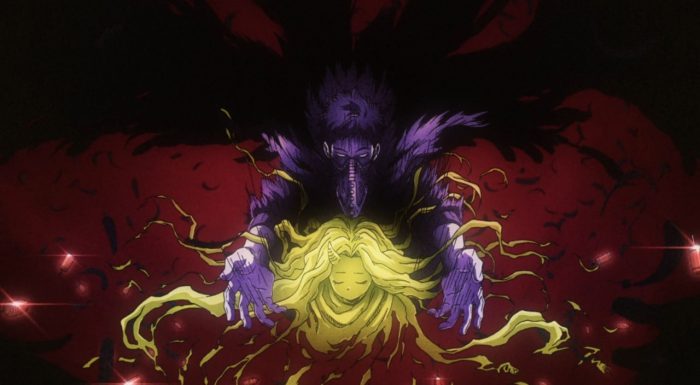 This was another slower episode, but one important to build everything up. The show needed to pull together all the previous episodes of this season thus far. Everything has built up to this really. The battle to save Eri is almost upon us. I could see the next episode mostly just being the investigation and the main cast just heading out on their respective missions. But at least we’re heading in the right direction. And there was a lot in this episode I did appreciate. The little moments like Aizawa talking to Deku had weight to them. Obviously he’s still not happy about the reckless and self-destructive qualities he’s seen in his student. He won’t pull him out of this mission since he might do something even more reckless. But he’ll be watching and hoping to see Deku properly fulfill his role as a young hero. 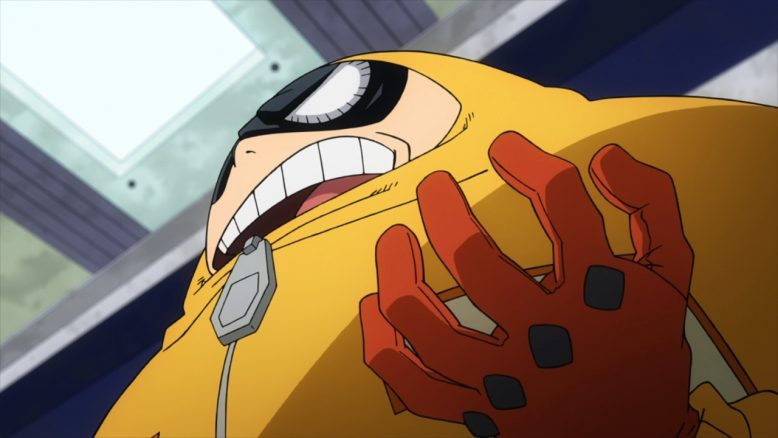 You do get to see a variety of types within the ranks of the heroes as well. You have more short-tempered types, passionate ones, cautious ones, and ones more in between the extremes. I can get Fat Gum’s point of view. There is a kid in trouble, get out there and save her! But the other side makes sense. There’s no point in recklessness. If they miss on their big attempt to save this girl then they may never have another chance. It sucks, but they may just have to be as careful as possible and not rush this. Of course too much caution might lead to them being too late. But there has to be a proper balance. The key thing is just finding out where Eri is and going after her as fast and effectively as possible. 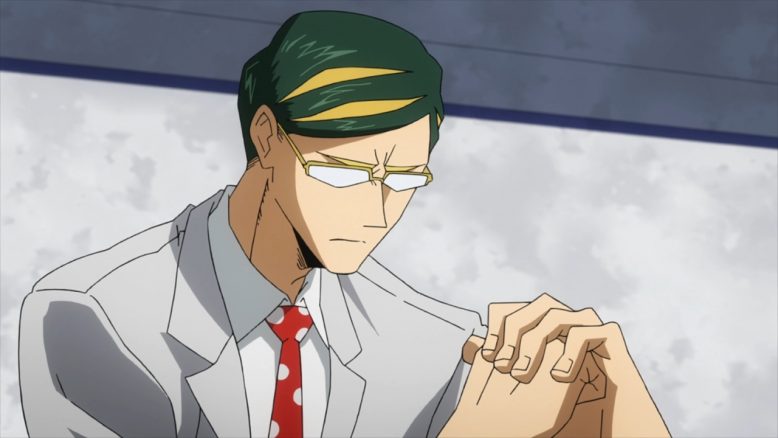 It is certainly see the trauma in Nighteye. He’s obviously worried about the effects of looking into the future too much. We still don’t know the specifics of what he saw with All Might. If we did then it’d be easier to tell if they were still on that doomed path or not. They probably are just to make it more dramatic when they try to overcome destiny. I just hope he isn’t hurting himself or putting his own life at risk by being so hesitant. No way to fully grasp how it feels to see a horrible ending for someone like Nighteye does. But, I just hope he does use his quirk when the time is right to the fullest he can. 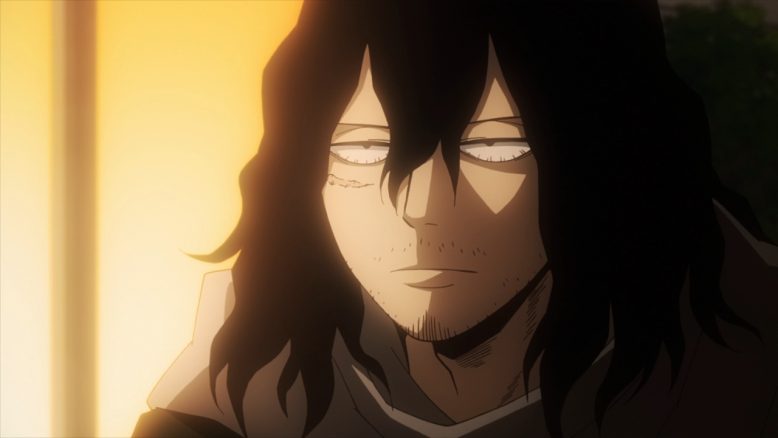 What a messed up situation though. This is a weapon entering the picture even more terrifying than Aizawa’s quirk. That just stops a person from using their quirk for a bit. But this one could straight up destroy a person’s quirk if used repeatedly. A terrifying weapon that could straight up remove the quirks of some of the top heroes in the world without even needing to kill them. Although I’d suspect if you were going to use such a weapon then you would be following up with an attempt to just kill the hero in question before their quirk revived.

This is even more messed up because of the truth behind the weapon. However Eri is being used by Onslaught to create these bullets (the story did speculate enough on that), the key is that a poor kid is being abused for such horrific reasons. Whether she is really his kid or not is hard to say for sure. But either way this kid needs to be saved and freed from the hell she’s currently in. Even more so is the importance of getting her away from this kind of mess entirely. Who knows what kind of future will await her, but the key is saving her first and worrying about that second. 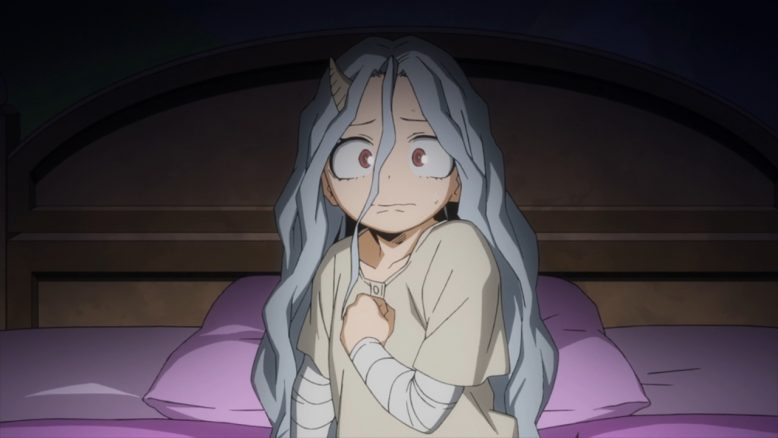 The scary thing is that we still don’t know what role the League of Villains will play in the coming struggle. It is scary enough to think about what Overhaul can do. But if you start throwing the lunatics in that group into the picture then everything could get messy and chaotic. But, there isn’t much for the main cast to do but proceed forward. If they do nothing then things will get worse. So the best case scenario is just finding Eri and saving her before there’s an entire arsenal of those quirk destroying bullets on the table.