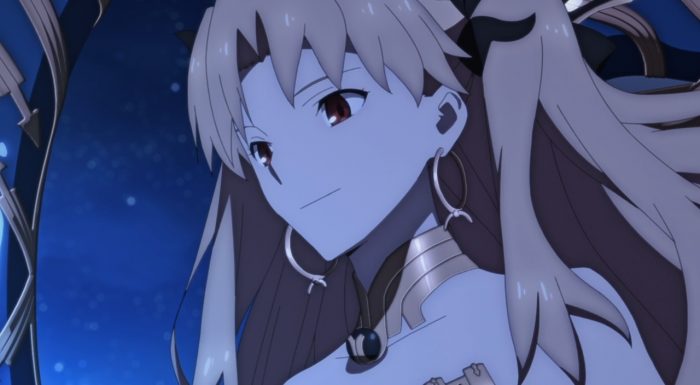 It was a nice change of pace getting back to Ishtar and delving into the mystery of these goddesses. Not as epic as Gilgamesh vs Enkidu, but I think they still did a pretty good job crafting a strong episode here. The fights against Ishtar were fun enough, but I also really enjoyed the episode leaving us wondering just what is going on with her. Her actions do seem rather strange at points. She both appears part of the goddesses alliance and not part of it. It makes little sense to save people and take payment for it while also being part of a group that is trying to wipe out humanity. It isn’t as if she saves them, takes their gems, and then kills them herself. I suppose taking their jewels is a problematic act, but it doesn’t quite fit. 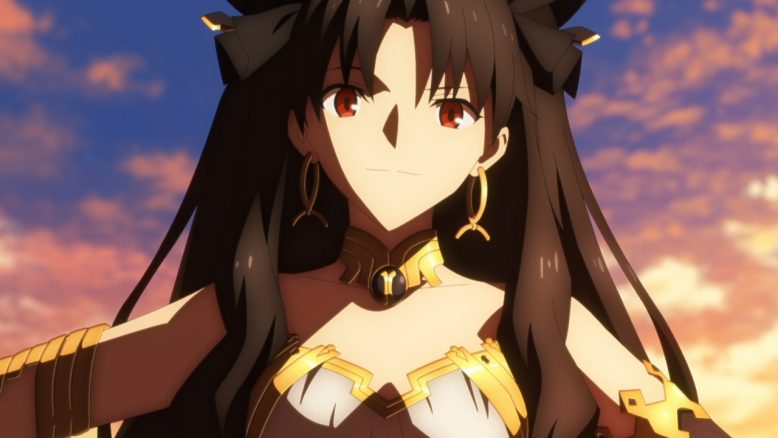 Of course they also took some time here to explain why the heck the goddess Ishtar looks like Tohsaka Rin. It does cover why ‘most of the time’ she has black hair instead of the standard blonde more appropriate for who she is. And you can certainly see the qualities of Rin inside of Ishtar. Or rather you can see the qualities that appear to have mixed together with the Goddess Ishtar into the Ishtar that we are dealing with here. There shouldn’t be any real need for her to be gathering jewels and money. But she’s taking them in part for the cover reason she explained, but also because she can’t allow herself to just go around saving people. She’s got some rather insane pride that convinces her it is sensible to pick a fight because people see through her actions. 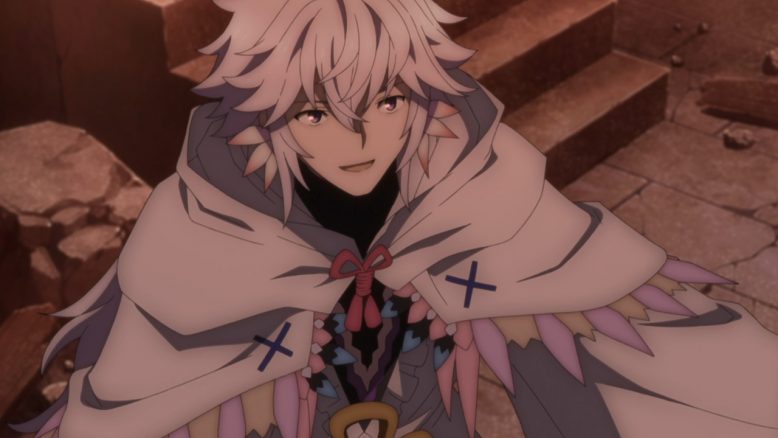 The nice thing is that the fighting was pretty fun. There was some better teamwork here than against say Jaguarman. Of course they would have lost here as well if Ishtar hadn’t gotten…weird when the sun started to set. Is she a solar powered Goddess? The show will no doubt explain things as they go. We got brief scenes of her hair changing colour and showing a softer side at various points. Of course to be fair Ritsuka did make sure to release her before the main cast fled from the undead army attacking them. She did somewhat owe him in that one. Sure, they were the reason she was tied up but she attacked them first. 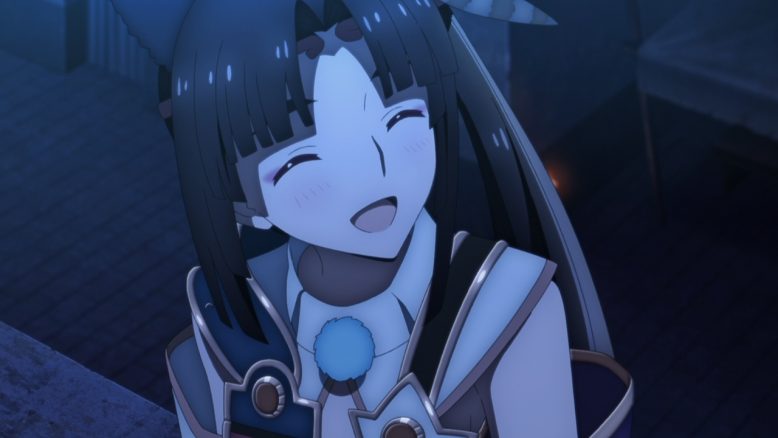 I really love the little moments we try to use to further develop Ritsuka. This guy has a lot of room to grow in this kind of setting compared to a mobile game story. Sure, he still has dialogue and dialogue options. But here, we can really delve into who he is and give him more chances to talk. The scenes with Ushiwakamaru were golden. It makes total sense that he’d be a bit hyped about getting to fight on the same side as a legendary figure from his own country’s history. And I’m sure it is a nice moment for her to see someone from her homeland’s future knowing who she is. It makes what she struggled through in life worthwhile. Plus, he really is the only person that would get super hyped to meet her. Ancient Babylonia is a bit before her time after all. 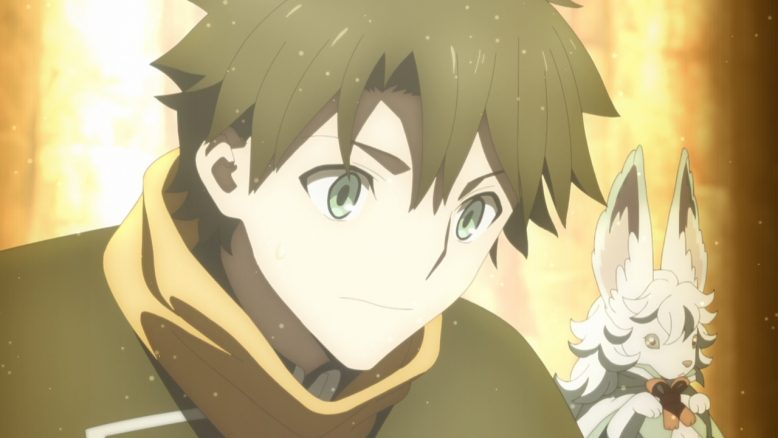 Talk about a weird day for Ritsuka though. He just casually walks his way into the underworld! Also he really is a vulnerable individual. If he’s caught on his own then he would die almost right away. He needed a Fou rescue combined with Ziusu-dra helping him out. Of course that scene also had some mystery that shouldn’t quite make sense to people right now. What does “all is well in the underworld” mean? Is it good or bad that the underworld is well? What is the key factor that is making it well? It is just something to speculate about since I can’t really let myself do that. It would just be way too obvious if I was speculating about what is really going on or trying to deceive. I just wanted to note that it is something to keep in mind. 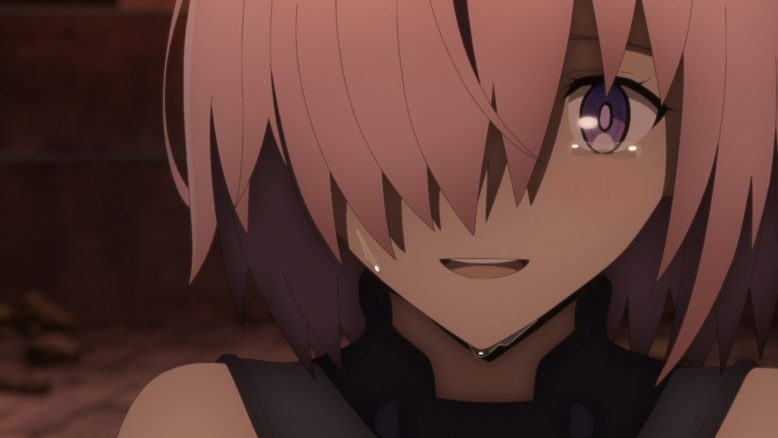 So really, this was a solid episode. I enjoy the character of Ishtar. She’s definitely not an ally for the main cast, but she doesn’t really feel like a full blown enemy either. I’m kind of with Ritsuka in that she just isn’t someone I can hate. Fingers crossed anyways that we’ll keep seeing great moments in the episodes ahead. The main cast got the important tablet and maybe that will have some important answers. Considering Gilgamesh was sending Merlin out into the world to find it, the thing has to be useful in some way. At the very least, let’s hope Ritsuka spends less time making Mash cry.