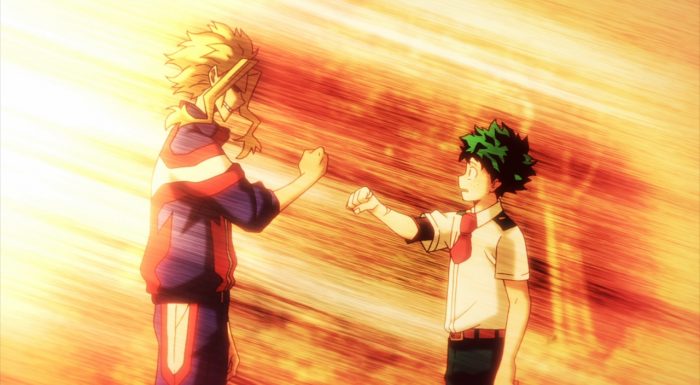 Now we’re getting some stakes for this new arc and a potential threat for the future. There is no certainty that the future seen for All Might will hit in this arc. They have given themselves a pretty sizable area of possibility. In some ways I’m actually more worried about whether Nighteye will survive this arc. A good way to keep questions hanging is to remove the person who can look ahead to the future and reveal things. Not that he’s guaranteed to die, but you just can’t know for sure how things are going to play out. There is a lot set to be going on with this arc thanks to the introduction of Eri and the prophecy about All Might. Deku has a lot to carry on his shoulders and keep in mind. 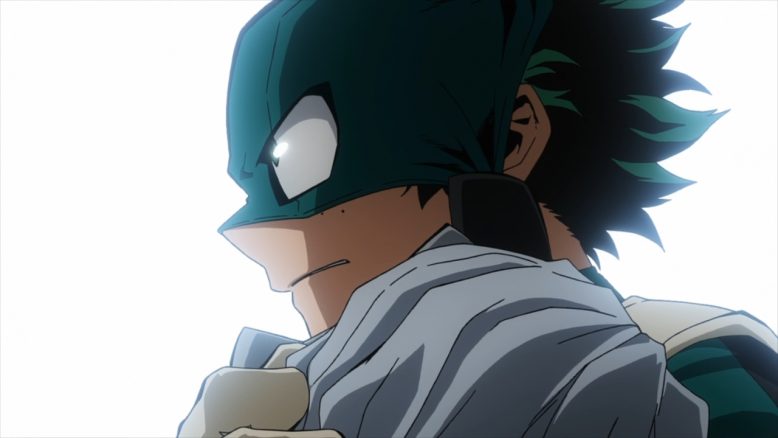 I do like that there were pros and cons to how both Deku and Mirio handled things. It would be easy to say that Deku is just too emotional and wrong. But instead even his way of handling that situation had merit. Maybe Chisaki would just presume they are terrible people and bad heroes. But honestly, two youngish heroes just pushing a terrified child aside to keep on patrolling would be insanely suspicious. You might as well wave a sign around that says “we’re investigating you and your criminal organization!” While of course Chisaki wouldn’t be pleased with the heroes questioning him, it honestly makes them seem more like just heroes doing normal patrol work.

Of course that could have still gotten them killed. But at the same time it does create a connection between Deku and Eri. In the end these two were saved by a terrified child that has been going through unfold trauma. There’s little doubt that this could have ended badly if Eri hadn’t taken action to save them. After all just one touch from that guy is deadly. And fair enough for Mirio to note that they would be screwed if they tried to do anything at that point. But I also think it shows an interesting contrast. Mirio has taken quite a bit from his mentor in Nighteye. He’s a bit more careful and not just running off his own emotions. While Deku very much has All Might’s desire to save people right when he sees them. 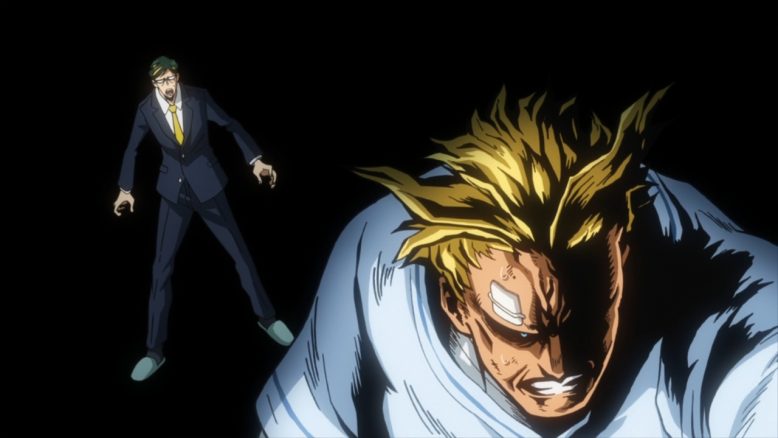 Also nice to just dive in and cover the breakdown between All Might and Nighteye. It all came down to how the two of them faced his injury and condition. All Might refused to stop saving people that could be saved. He still had the ability to take action as the Pillar of Peace and the #1 Hero. Passing the torch meant people in the present wouldn’t be saved and leaving a period of chaos until the next generation would arrive. Of course that would always happen. It has happened right now. But then you enter the question of who gets priority. The people that could be saved if All Might could keep working or the people saved now if Mirio had One for All while Deku is still training. In the end, the affection towards All Might left Nighteye unable to support a path he saw leading to doom. 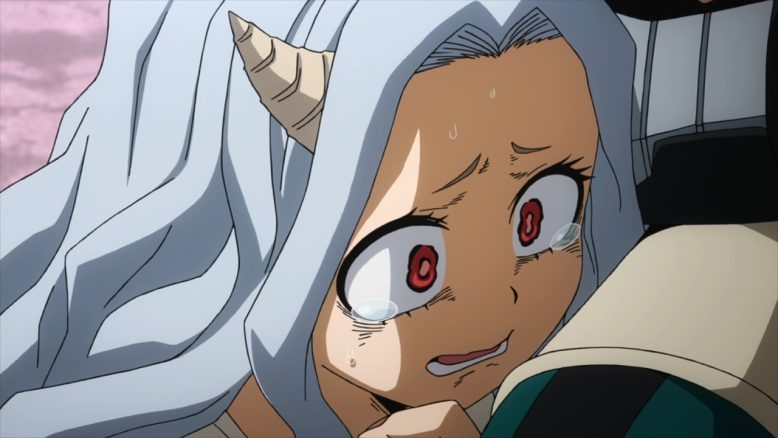 Now to see how things play out. All Might isn’t ready to just lay down and die. Maybe he will. It is possible that fate is unable to be resisted here. And if All Might does die tragically that will be a sad day. He’ll go out in a fight he doesn’t stand a chance in. But for now All Might and Deku will do what they can. It is a great challenge for Deku to make sure his teacher and mentor lives to continue teaching future generations of heroes.

A lot for Deku to take on since he already has the test of dealing with this Eri situation. You know he’s getting another chance at some point to save that girl. But we also seem set to see what Kirishima is up to. Nice to see that he’ll get a chance to step up and grow this arc. Fingers crossed we also see more from the Tsuyu and Ochaco pair.