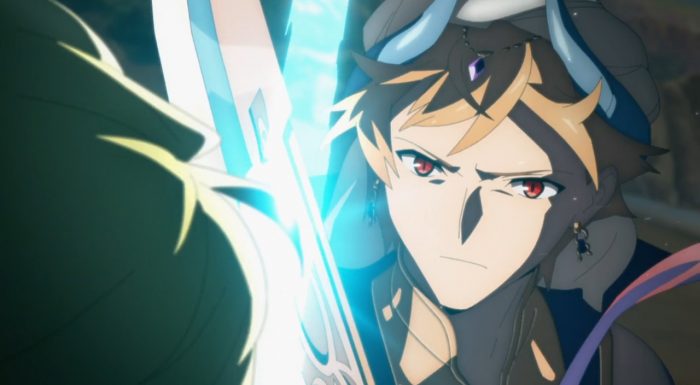 This was another strong episode in a show that hasn’t dropped the ball yet. A great opportunity to delve more into the mystery of this ‘Enkidu’ and of course focus a bit more on this incarnation of Gilgamesh. The latter is a move I think was a good one for the story to go with. After all this is a Gilgamesh that has effectively already completed his character arc. He’s gone through the good, the bad, and the ugly of his growth as a person. The good and bad of his personality will be there no matter what point in his life we’re focusing on.

But this is the best version of Gilgamesh the main cast could have run into. This guy has been through his journey and come out of it a better person and ruler. So he can be chiller in taking in the stories of the main cast or facing off against this fake/reanimated/whatever version of his best friend. I don’t like Archer Gilgamesh and that includes the version in Fate/Stay Night or Fate/Zero. Grail mud or no grail mud, that guy is a truly annoying lunatic of genocidal properties. But this guy is at a different point of his life and can handle things more maturely. 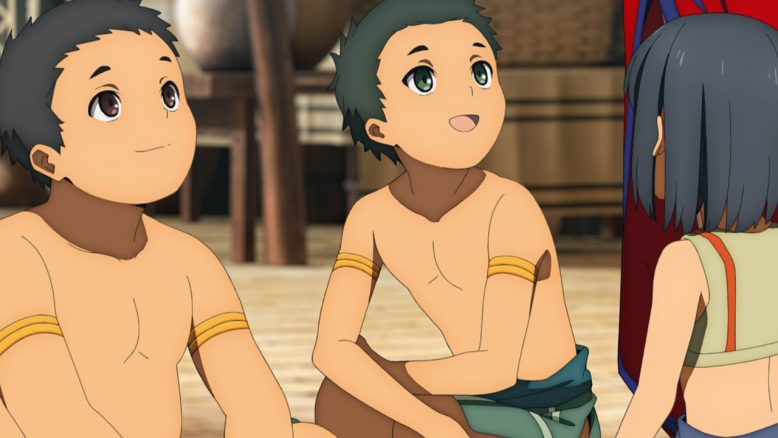 I think the little walk out of town said everything needed. We got to see a Gilgamesh who is trying to keep his people living every moment to the fullest. Of course it is more useful that way than having them be inactive or in a panic. But he does seem to give a damn about his people. He can stop and pay attention to the games being played or created by the kids of his city. This is just the best version of his character by a mile that we’ve ever seen in an anime. He’s still of course causing untold problems for say Siduri or freaking out his people by showing up where they don’t expect him. But in the end he is doing good work and seems to be constantly working towards his overall objectives. 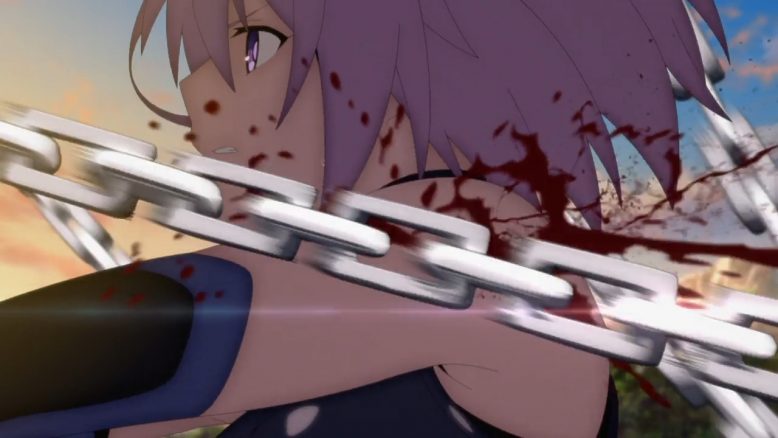 Mash gives it her all

What is there to say about the action besides that it is awesome? We got a couple excellent displays of action in Mash/Fujimaru vs Enkidu and then Gilgamesh vs Enkidu. The first was a tense one since Mash was most definitely out of her depths. She’s a strong defender and fighting hard as a demi-servant. But, she’s hardly a match for a weapon of the Gods and an opponent who created to match up against the King of Heroes. That is asking a lot of anyone. It was a very dangerous fight since it was clear Mash just didn’t have the firepower to overwhelm this guy. She was taking some serious hits and Fujimaru was taking big risks himself in trying to support her in any way possible.

The second fight was of course spectacular. There are things going on with Gilgamesh that would impact how we could view this fight. But I’m not going to touch on that unless/until the show does. What we did see was Gilgamesh fighting pretty effectively. He was using both his firepower and his own natural combat skills. It was a nice mixture of magic and physical force. Of course the scary thing is that he was going to lose if that fight continued. If Enkidu wasn’t clearly getting thrown off by facing Gilgamesh then things would have ended badly. Of course there’s now a solid explanation why Enkidu has stayed far away from Uruk. Maybe he never got the orders to attack, but I just think on some level he knew that it would throw him off this much to face Gilgamesh. 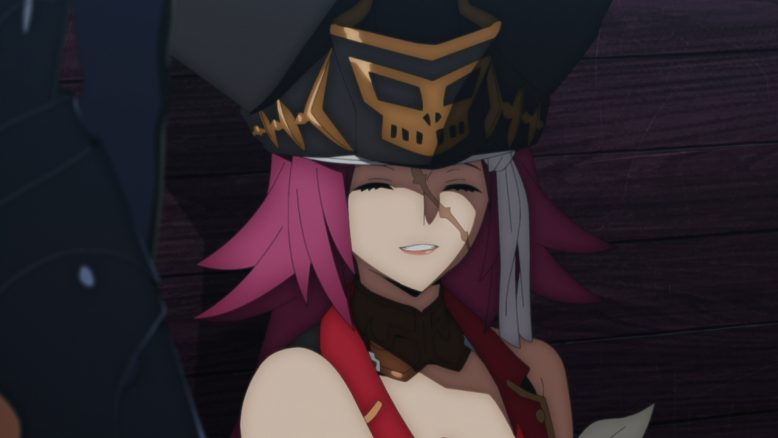 I do like how they are trying to incorporate the previous singularities into this story. It is a tough thing to try and adapt an arc in the middle of a story. But at least they are trying to draw attention to previous events when appropriate. In the past weeks we got to see the death of Olga from the First Order incident. Then we got to see a brief scene with Mash and Mozart in the first Singularity. Now we got a brief nod to the Third Singularity and moments with Mash and Drake. I like both that these flashbacks are focusing on the two main characters.

Of course a lot of focus is about Mash since this journey has been in a large part about her growth as a person. But the anime is doing a good job of making sure Fujimaru isn’t being left out. Letting him grow and have big moments as a person is critical to telling a strong story here. 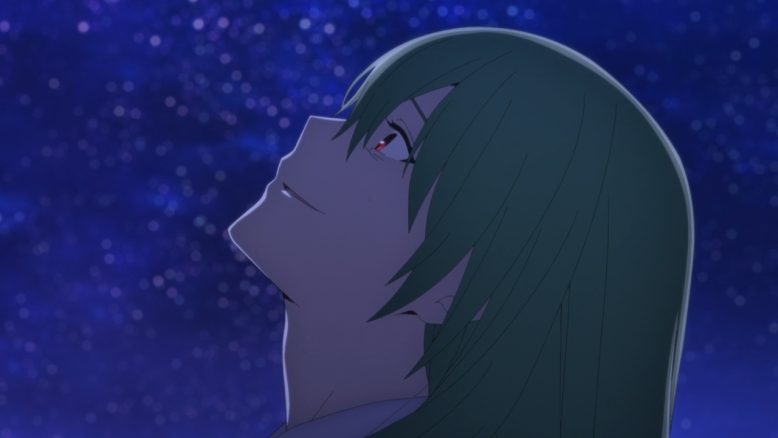 We just got another great episode here. It is nice when the action and character moments are both strong. The fight with Enkidu wasn’t just good because it was pretty. But rather it worked because you could feel the conflict going on with both Gilgamesh and Enkidu. They were both having a difficult time in different ways. But there is no doubt that both were suffering on some level. If the show can just keep up this kind of entertaining storytelling then it should be in great shape.