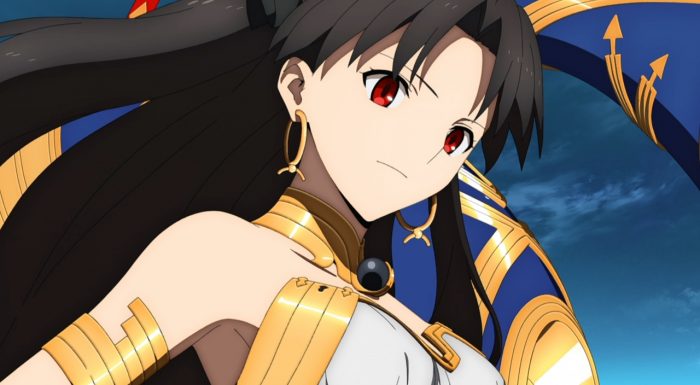 With this episode it truly feels as if the Fall season has gotten underway. For me this was a rather solid episode that let us jump into the Babylonia story. The prequel episode was rather important since we could just get the ball rolling and not spend an entire episode explaining what is going on with this setting. I’m still not sure how well this episode worked for people that have no experience with the Fate Grand Order mobile game. But knowing the overall story I had a pretty easy time getting into the episode. There was a lot of good moments like the comedy of the ‘mysterious Rin-faced girl’, Mash getting to unleash some brutal shield combat, and the figures appearing near the end of the episode. 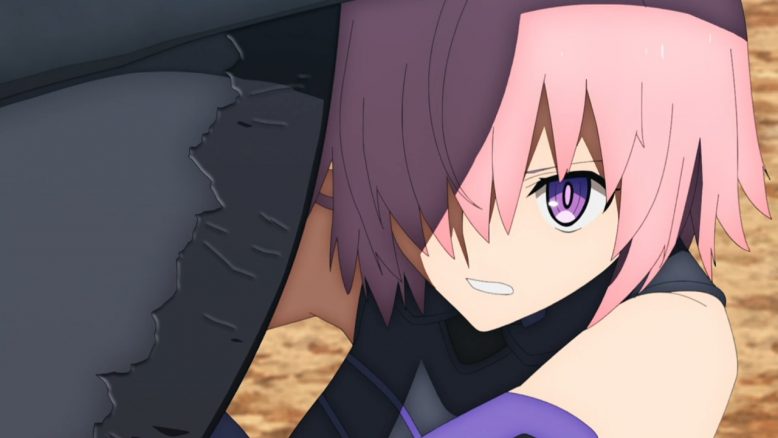 Might as well start with the main characters though. Fujimaru and Mash got enough time to settle into this episode. You can at least get some feel for who these two are right now. They have survived some rather difficult and extreme situations before even getting to this point. They are effectively veterans and can cooperate pretty well in combat. Their roles between front line and back line are locked in and this is different from that First Order Ova where Fujimaru had no choice but to stand around a bit helplessly. And you can at least get a feel for the dynamic between them at present. They’ve been on a long road so any feelings or attractions that existed in the beginning are naturally a bit more developed by this point. We’ll see what happens with them as the story goes along though. 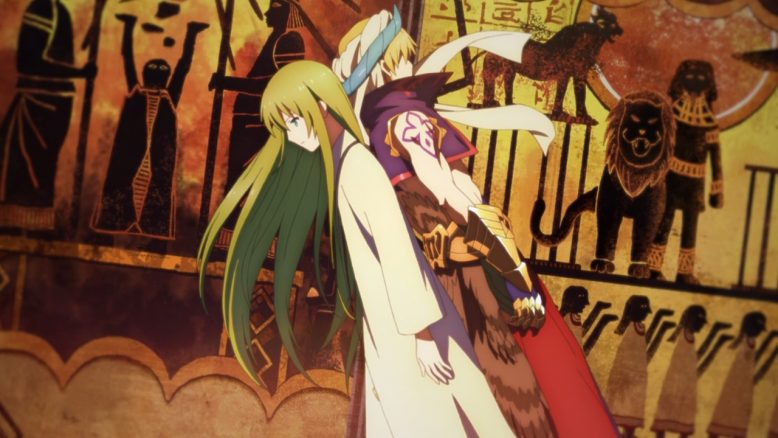 Only fair to give some attention to the character I’ll just call ‘Rin’ until we get more information within the series itself. Obviously considering the crazy combat powers this isn’t exactly the Rin we know from other Fate series. At minimum she’d have to be a demi-servant like Mash or a full blown servant that just happens to look like Rin. Either way…she unleashed some instant death on those demonic beasts. Definitely quite the arrogant individual. She crashed into the main character at deadly speeds and was in full complaining mode about any physical contact that resulted from that. But considering she took out a fair number of beasts I suppose she did more good than harm. Probably not an enemy, but not exactly an ally either. She’s just one more factor to keep in mind as the story starts building up.

This Rin wasn’t exactly the only mysterious figure to show up. Of course Enkidu did end up naming himself. The one heroic tale I do remember pretty well from school was the “Epic of Gilgamesh.” The tale of Enkidu and Gilgamesh is pretty memorable. But I can understand the show feeling some need to explain the story a bit. This weapon of the gods created to help reign in the uncontrollable Gilgamesh is likely a rather powerful figure in this setting. That Fujimaru and Mash ran into him so early should be a rather big factor in their favor. A lot easier to make their way to Uruk if someone like that can guard them and wipe out demonic beasts along the way. 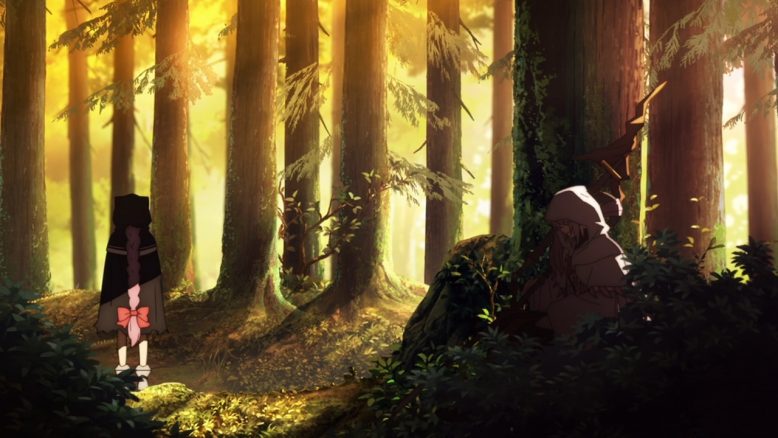 We even got to see just why this show is named what it is. To deal with the epic threat, a massive wall has bene built between humanity and the demonic beasts seeking their destruction. They didn’t linger on that sight for long, but you can get a good visual idea of the amount of monsters attacking at every moment. It is kind of insane to image beasts like the ones Mash fought attacking a wall like that. The efforts of the defenders must be beyond incredible to keep that line held. I suppose we’ll see next week if Mash and Fujimaru head down to help out or if they just by pass it and head straight for Uruk. Most likely the latter, you never know for sure. 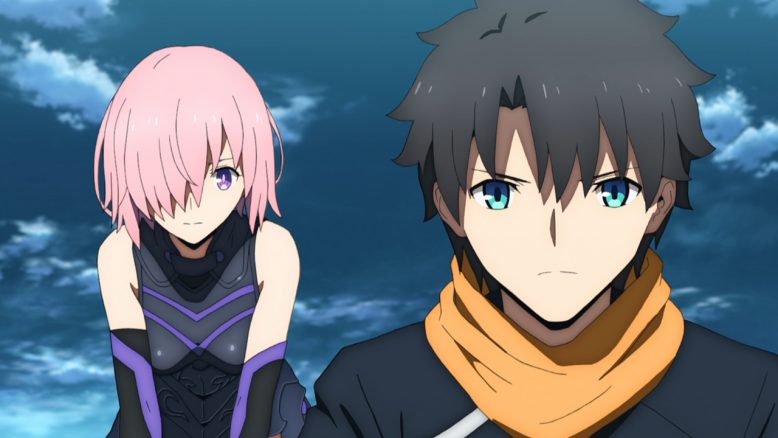 This was a decent way to get us into the story. Still not sure if I’ll pick this up going forward or not. It is a bit tricky talking about something when I know in detail what is coming. There’s a lot of holding back to avoid even hinting at spoilers. At the same time though I did enjoy the first episode. The action should be pretty darn good and I’m a bit relieved they’ll show the brutal ways the cast can destroy their enemies. Holding back too much would make things a bit boring. For now that is all I’ve got to say about this episode. Here’s hoping they keep the good work up going into episode 2.