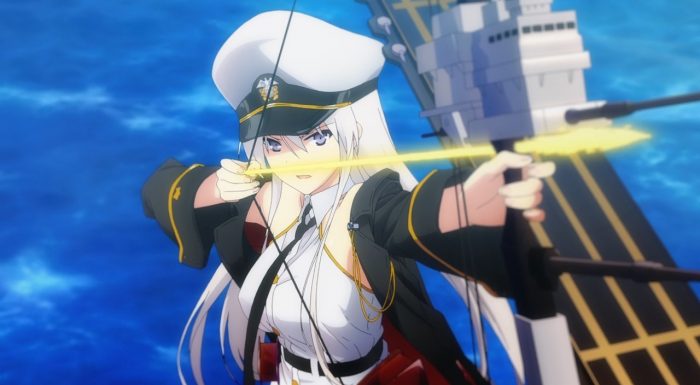 It isn’t easy to adapt a game into an anime. All the more so when it comes to mobile game adaptations. But I’ll say that so far Azur Lane managed to start off on the right foot. It did a pretty good job establishing the universe, the history of that setting, and the status quo we are walking into. I have dabbled with the mobile game a bit, so I can only tackle this from that perspective. But I honestly think this episode did a way better job setting up the overall story than the actual game did. The mobile game has a story, but it seems clear the anime has its own intended story to tell. And I am perfectly fine with that. This first episode left a pretty good first impression on me. 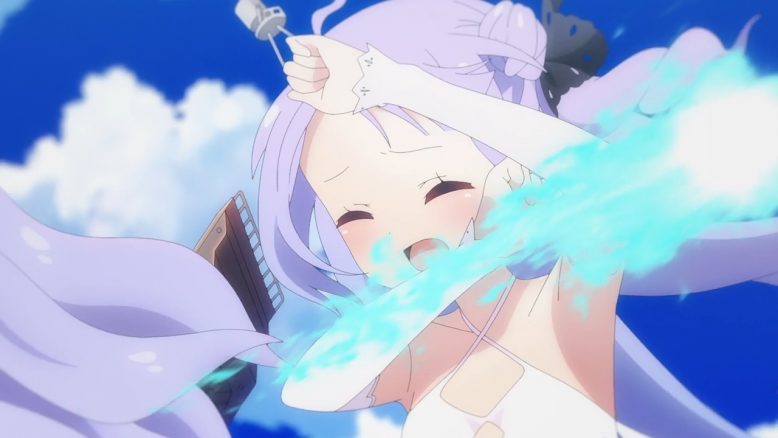 Visually I thought the first episode looked good. The character designs are sharp and vibrant. The action held up pretty well. And even the water looked ok. They did a fine job translating the character designs to anime. But what really pulled me in was the action side of it. There are plenty of ways you can handle action in this kind of thing. But what they did was rather fun. Just the aircraft carriers were pretty fun to watch. Unicorn flies around on her stuffed animal turned into a large unicorn. Kaga summons some demonic fox to the battlefield. Enterprise was flying around on planes, firing bows, and doing all sorts of crazy stuff. If they can keep this sort of crazy action up for the rest of the show…then they’ll be in good shape. 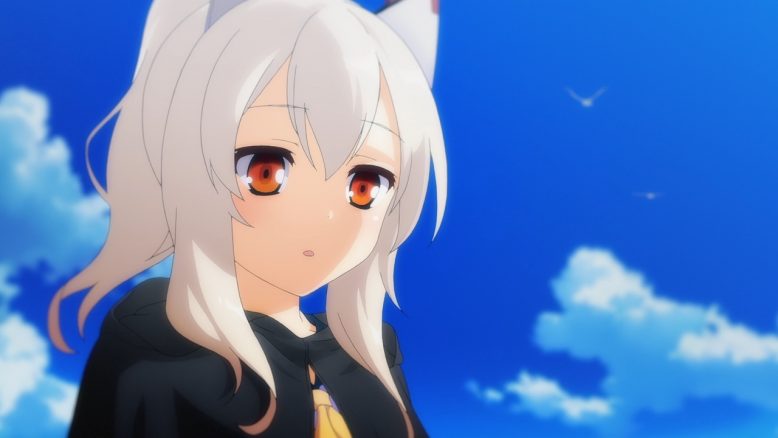 They had a lot to do in this episode. Introducing so many characters wasn’t going to be easy. But I think they did a decent job getting across the main personalities of the major characters we are likely going to be following. Considering how big this cast is, I think they stretched themselves as far as was reasonable to. They still managed to set up potential character arcs. I’m looking forward to the future drama between Ayanami, Javelin, and Laffey. I don’t know how the story is going to play out for these characters. But you do get the feeling that Ayanami could easily be either swayed to switch sides at some point or will constantly be conflicted while fighting those two. 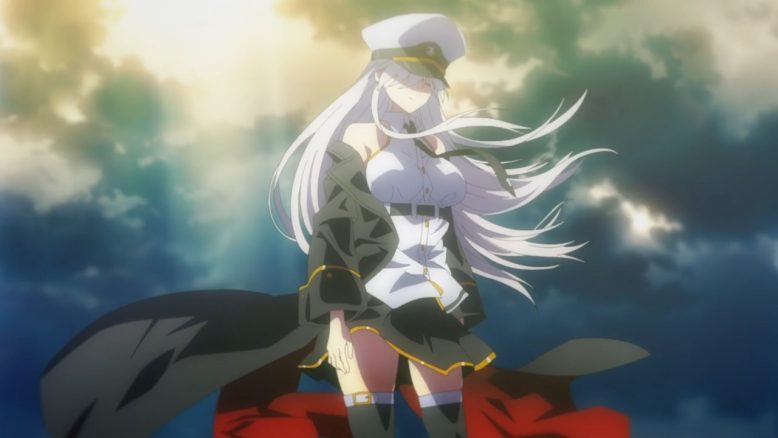 The other main figure to follow going forward is undoubtedly Enterprise. She is the elite Union ship that stepped up and saved the day here. It will be interesting seeing what is going on in her head more. But if you are going to have a main character…she’s not a bad pick for one. At the very least she can clearly carry the action scenes. Probably won’t be as easy as the first fight since that one was probably more there to show how crazy cool she is. But it was fair enough to establish that she’ll be able to handle things and will be a key defender/fighting force for the Azur Lane unified fleet. 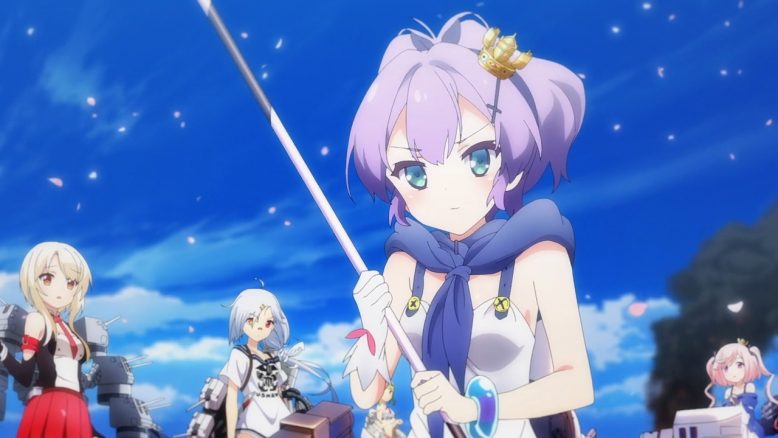 When it comes to first episodes, this one did a pretty fine job. We get what each major side here has in mind. The Sirens were more or less pushed back by the four major factions in the world, but those factions are now in direct conflict. The Red Axis will try to use the Sirens powers to establish their grip on the world while the Azur Lane fleet will reject all of that and use the powers solely created by humanity. Hopefully the second episode will have more time to ease into the setting and let us explore the main characters more. We have a general idea of who Javelin is, Laffey, Cleveland, etc. But more time to just get used to the main cast will be nice.

But that will be something we’ll have to wait see about. I probably won’t be picking this up for the season since there are shows I’m extremely hyped to watch and talk about. But this first episode was strong enough that I felt like talking about it a bit. I’m looking forward to seeing how they handle this cast of characters and the direction of the main story. Will it build up to a big showdown between the four factions? Who knows, but I’ll enjoy watching and finding out.