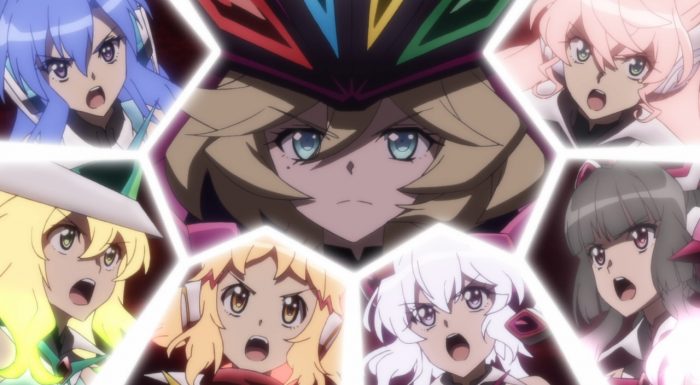 It isn’t easy to say goodbye to a good show. Naturally it is even harder to say goodbye to a great one. But it sure makes it a lot easier when the final episode for that show is outstanding. This was a truly beautiful episode that did just about everything it possibly could to go out on a high note. It will take some time to truly process this last episode and the franchise overall. But for now I’ll try to just tackle this final episode. There is so much good to look at with this episode. We got some really intense battles and the episode nicely wrapped up the situation facing the main cast. We got so much more than I expected and a lot of emotional moments that I wasn’t necessarily ready for. 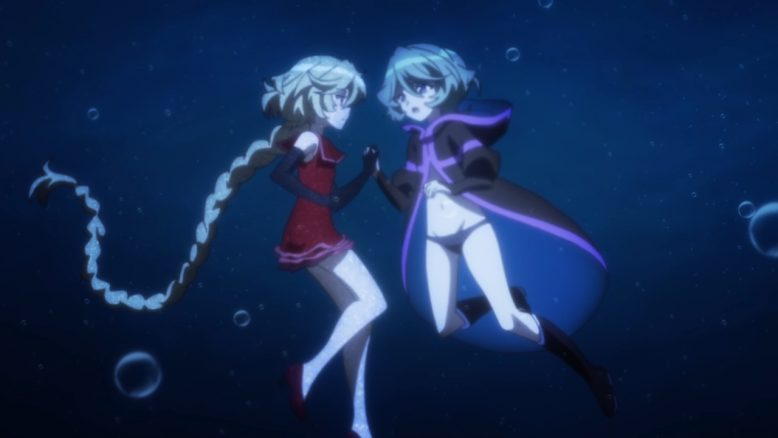 Crazy to say, but Carol really has been a star for this final season. It is fitting that the alchemist that established the post-Noise phase of Symphogear is so key to these events. I thought that Carol might be out of the fight after her failed 1v1 with Shem-ha earlier. Instead we got an awesome team fight between a former main villain and the Symphogear users. This 8v1 fight was something truly fun. The new X-Drive modes were just unleashing crazy moves and devastation. And I do appreciate them coming up with a means to allow the others to fight. Rather than just letting Hibiki do all the work, I much prefer this kind of thing. Let the entire cast fight. Symphogears at their peak vs the power of the one relic considered a Symphogear killer.

Thus I have to note the end of Carol in this episode. I did have a feeling they were setting up for her loss in the previous episode. At least she did get a nice moment with both Hibiki and Elfnein. I hated how she went out in GX and how Elfnein just kind of took a near empty husk. Here she is given that body and before the end Carol passed along information that directly lead to their victory. And this does allow for a clear cost for Carol’s power. She did spend it all to help save Miku. A person can’t erase their crimes. But Carol did directly help save the planet. So I think she can move on with some pride. That is presuming of course she’s really gone. She came back from an empty husk once…I can’t discount anything. 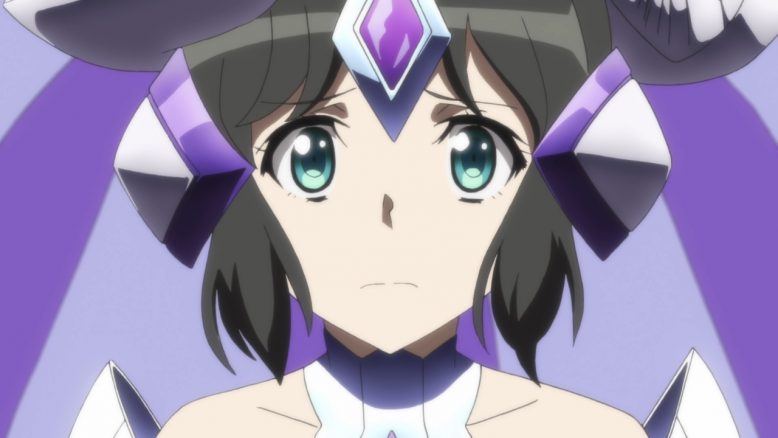 Miku got a gear! Sure it was only for this one moment and she only launched one big attack. But hey, it still counts. Miku has been a big part of this franchise from the very beginning. It is fitting that she gets to join hands with the rest and help settle things. There wasn’t a lack of moments really between her and Hibiki here. And while they didn’t go all out in giving them a kiss, they did make as clear as possible how romantic this relationship they have is. There is no doubt these two will carry together into the future.

The action is something not easy for me to go into detail about. I just simply loved it. We got a great fight against Shem-ha. I loved seeing Carol join up and mixing up her alchemy powers with the new X-Drive moves. There were some hilariously awesome ones. We got Tsubasa using her flaming hair as a weapon! Then Chris kind of pulled out a stand to unleash a big showing of firepower. And finally we got another combo mech, this time adding Maria to let the FIS girls do their thing. One great thing when it comes to this franchise is the action. There was no lack of it. The section part didn’t have too much action since it was mostly about the cast using their songs to quite literally save the Earth. But I didn’t feel like we were lacking great moments. 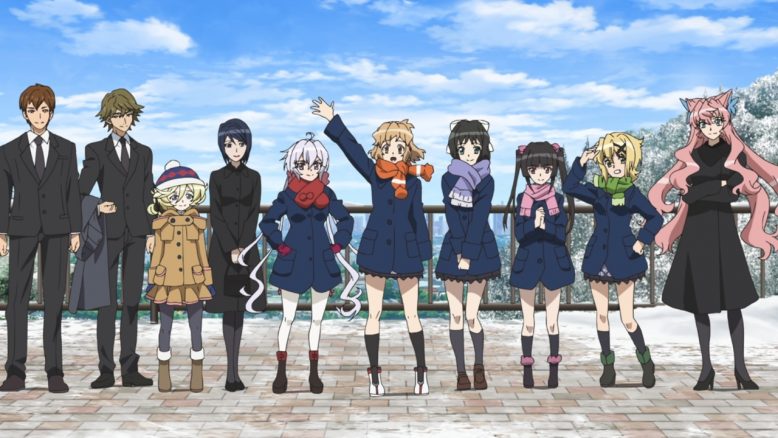 This episode was a great way to say farewell to a franchise I’ve really gotten attached to over the years. We just got it all in this episode; team songs, big attacks, Carol, Miku in a gear, sacrifice, and the main characters blazing their way to the future. There wasn’t much else I could have asked for from this episode. It was the kind of last episode you really hope to get from a franchise you enjoy. Go out with a wonderful fireworks display of glory. 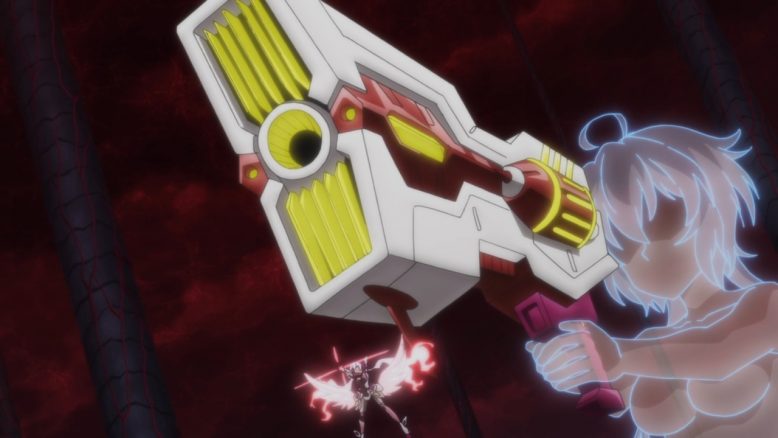 I never would have expected what this franchise would become when I was about to start watching the first episode back in 2012. This show has blossomed into a truly special flower in the anime world. It can’t be understated how hard it is for an original series to turn into something this successful. Here we now are with the show hitting 5 seasons and 65 episodes. That is enough time to really put together a show worth remembering. This wasn’t a last season that was weakly crossing the finish line either. This is arguably the best season in the entire franchise.

This season really did blow me away from start to finish. We started off really strong with a big fight and the episodes just kept on rolling forward. The big Tsubasa episode came after the first episode and really set a tone for the episodes to come. So much kept coming almost without a break. It was extremely soon into the show that Hibiki dropped her Amalgam onto the scene. We had so much to take in with Noble Red, Fudou, and Shem-ha stepping up as main villains. All of them brought something be it sneaky tactics, cruelty, or overwhelming power. 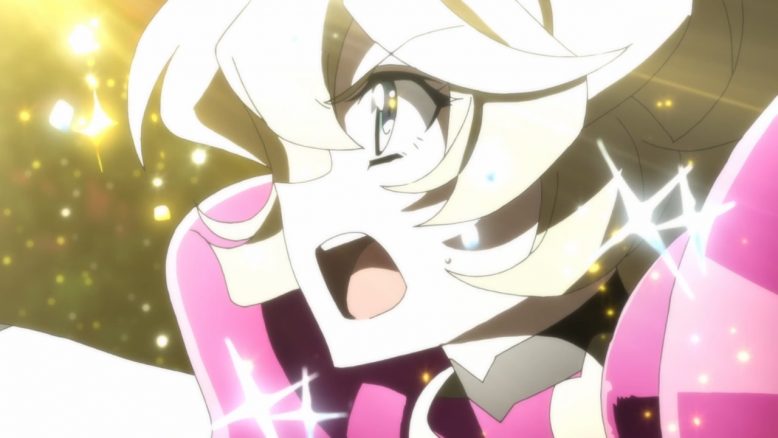 This was just a truly successful show and I’ll need time to dive into just what made this show work. But what I loved as much as anything was the balance. This season was much more about Hibiki, Miku, Elfnein, Tsubasa, and Maria. But while Kirika, Chris, and Shirabe didn’t have major characters arcs, we did get to see how far they’ve matured. Kirika and Shirabe set the tone in episode 2 about who they are right now. Shirabe overcame a crisis by herself without needing to completely rely on Kirika. While at the same time, Kirika overcame her own blunder to thrive while fighting inside the ship. All of the fights Chris took part in were about saving lives. Whether it was saving that biker witness, Noble Red in the second last episode, or that guy in his car…Chris was just on the ball and using her power smartly.

The show of course made sure to give all the attention needed to the rest of the cast. Maria was all over this season. I loved seeing her help bring Tsubasa back to herself and really play the role of a leader. It’s beautiful to see Maria grow from the girl who was very weak in S2. Tsubasa went through hell this season, but she has come through it a person who will carry forward. Elfnein got the most development since she was introduced in S3. Hibiki of course had to face herself, Miku, and struggle to find a way to reach the future she wanted. And a lot of Hibiki’s growth was reliant on smart words from her father and Carol. That is something that would amaze some after watching S3. 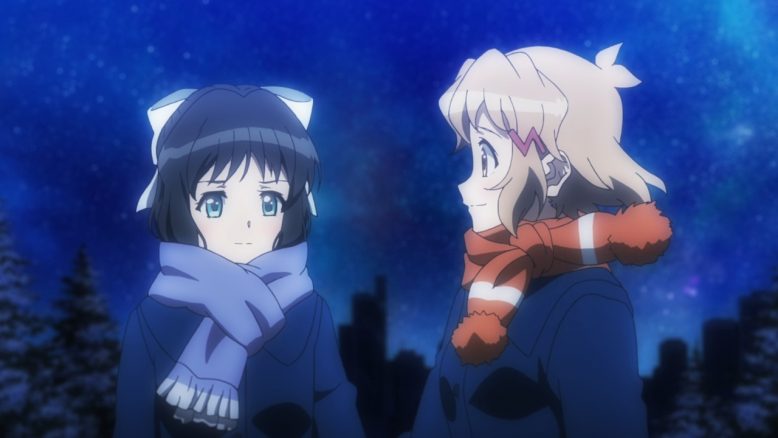 I will well and truly miss this show. This show found a very unique niche. Not many shows can truly mix music into the core of their show. Music is often just an element that is there to enhance the experience. But here music is part of who these characters are, reflects their character arcs, and is a major part of why the main cast won and saved the world. I will miss hearing a new character battle song or looking forward to both hearing the team songs and reading the lyrics to see what it says about the characters. But that is life. XV gave us one of the best seasons in this franchise. I will be grateful to have the chance to watch this show and express my thoughts.

There is no question to me that Symphogear XV is the best show of the season and the best show of the year thus far. It is everything I could have asked this season to be and the exact kind of final season this franchise deserved. I don’t know if we’ll ever see another season, spinoff, movie, etc. But if this is where the show ends then I give it nothing but praise.