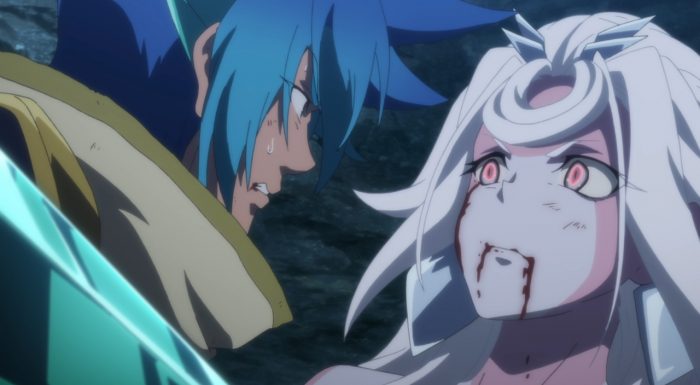 We continue to get moments that I both expect and never considered as options. This season of Symphogear is just hitting high marks all across the board for me. For this episode the focus of course went to the Curse of Balal and the man who created it. A truly tragic story when you consider the greater picture. This guy knew that Shem-Ha was a problem and that he had to take action. The only option when he faced a threat who had become a language itself was to destroy that unified language. But just considering the aftermath is what makes it truly tragic.

What was the final result for the one person he cared about most? Finé ended up spending thousands of years seeking the destruction of what the person she loved died to create. On top of that she ended up turning his severed arm into a symphogear. Of course I doubt that Finé ever imagined that the relic she was working with was Enki’s arm. If she did I can’t believe she wouldn’t have held onto that relic instead of the ones she ended up with. But beyond that we also got to see Finé die from her soul being destroyed by Igalima. Not only did the person he love spend millennia ruining the lives of her descendants but she is doubtful to make it to any sort of afterlife. 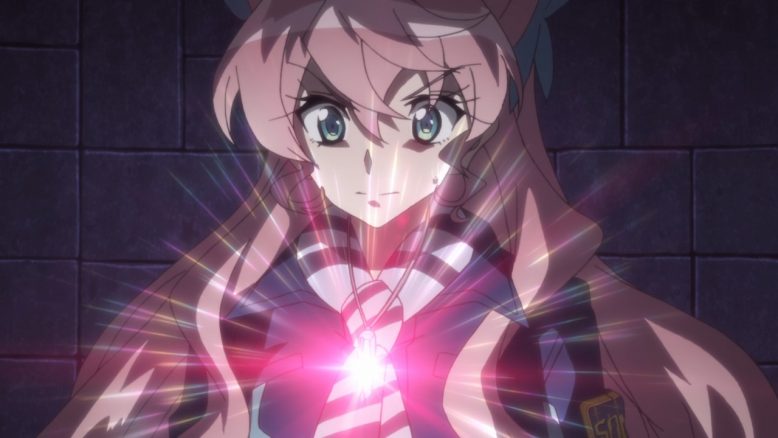 Maria has become such a key figure

I need to take a moment to appreciate the incredible growth of Maria in this franchise. She started out in G as a truly weak person. Maria didn’t have the determination to follow through with the plan she started off on nor the ability to realize what she should truly be doing. After things fell apart pretending to be Finé she just went off with Ver’s plan. She did this without even considering whether that was a smart idea. Of course it ended up with Ver literally smacking her aside and Hibiki taking Gungnir away from her. Maria was at such a low point she literally had a gear she was wearing be taken by someone else. From that low point in her career she has become a sensible person who can truly lead others. When someone like Tsubasa hits a low point then Maria can rise up and help. 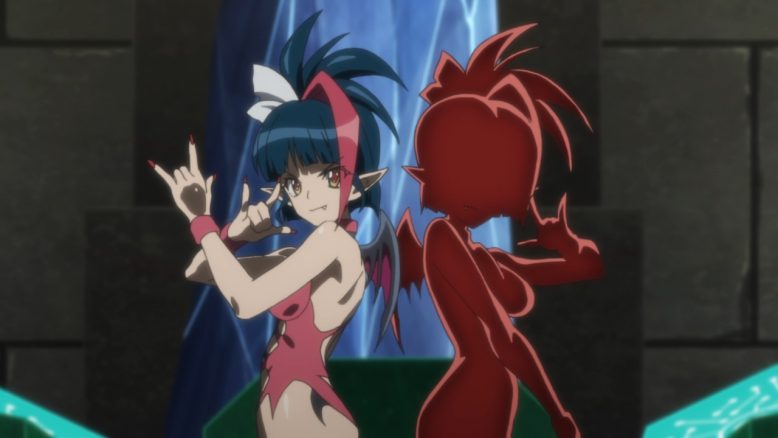 Everything lines up nicely with this big throw down with Millaarc. Of course it wasn’t as rage-filled as previous bouts since the focus was more on Maria here. But it also showed that Tsubasa had the ability to recover and gather herself. There was nothing to be gained by letting Millaarc throw her off. Instead all Tsubasa could really do was fight with reason. The double Amalgam here was plenty of fun. Maria and Tsubasa unleashed a spectacle. This season is truly the best kind of fanservice. They know what people truly love and want to see. Going back to the first duet between Maria and Tsubasa was glorious. A great reminder of where we have come from and the potential future these two can have. 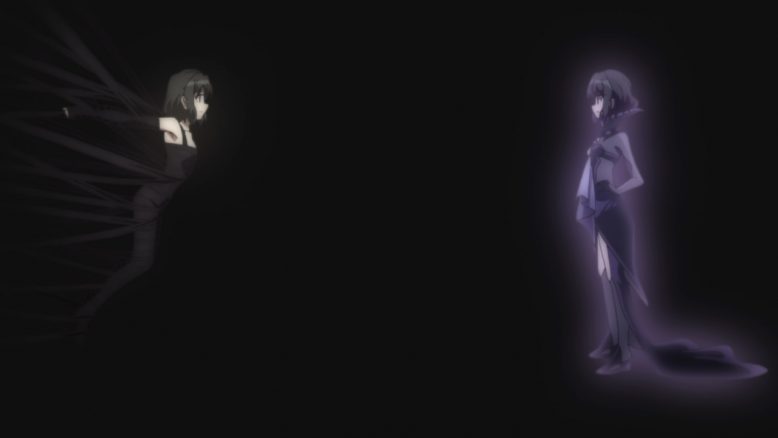 At the very least Elsa is out of combat from here on out. Millaarc took a major hit here, but not sure she’s completely done causing trouble or being stupid. It feels inevitable that the curse will be turned off so Shem-Ha can reach her previous max of power. That way the main cast can go something like Amalgam X-Drive to have one last big fight. Plus that might help getting Shem-Ha out of Miku’s body. There is of course also the question of what that might lead to. If the last battle doesn’t have to keep Shem-Ha tied with Miku then Miku might be released from that control. And she may be left with the Faust Robe as a result. That could be pretty wild in a lot of ways. With Elsa out of the fight I’ll be curious to see if Vanessa has one last big fight left. 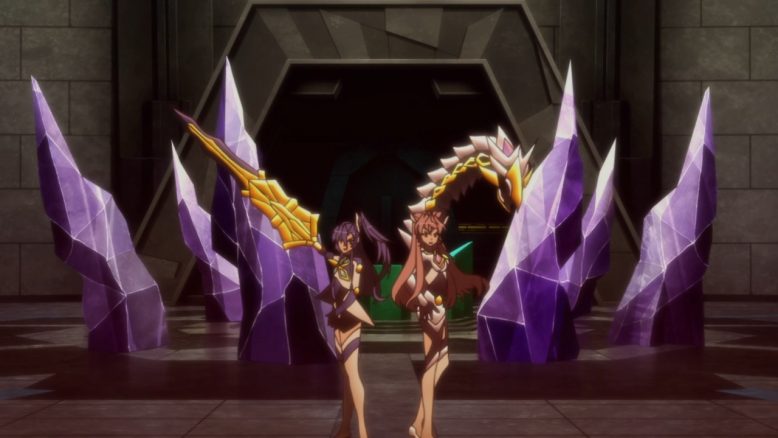 We are set for one insane last couple episodes of this series. Shem-Ha’s big move is global and it is on right now. The main cast need to find a way home and fast. Regardless of what happens with the curse, that doesn’t change. We need everyone back home and ready to fight for the world once more. We could get a bit more in terms of past scenes since I would like to see Enki and Finé interact once. But the important thing is what is happening in the present. Everything has come down to this and I’m hyped. It is a bit sad to see a show starting to head towards the end. But when it is doing so with this much style and flair then I can’t help but enjoy every bit of it. Let’s see what you’ve got in store for us Symphogear!