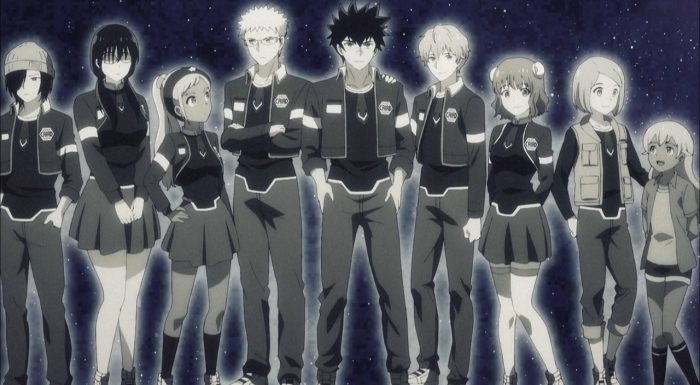 Well this episode just jumped right into the big crisis about the origins of the main cast. But beyond that the more curious part came right at the end. I suppose this show can’t really resolve one mystery without adding one or two more. But I am left rather interested in figuring out just what all this means. There’d be no point adding this information or Polina herself if there wasn’t something to it. The only question I really have is what this will have to do with the main story. It doesn’t appear that the main cast coming from a different planet than Earth is all that important. So it does leave me curious to find out just why they decided to add Polina to the cast and throw in this reveal. 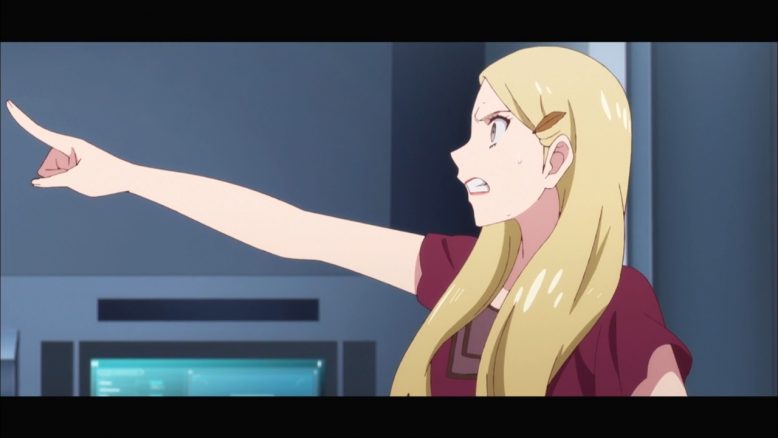 At least they do have one more planet to visit. They can continue discussing this while still having time before reaching their home. I’m just really curious to find out what is going on here. At least with nodding the differences in the continental makeup that this isn’t just Earth re-named for some reason. But it does open up questions that the show needs to step in and answer. Is Astra just a new planet that humanity moved to after a crisis on Earth? That does seem the most likely answer. They at least have records of the same kind of ship that Polina traveled on so their histories should be linked. It would make sense as well based on Polina believing something terrible was happening or about to happen on Earth. That is something that didn’t make sense to the main cast from their history. 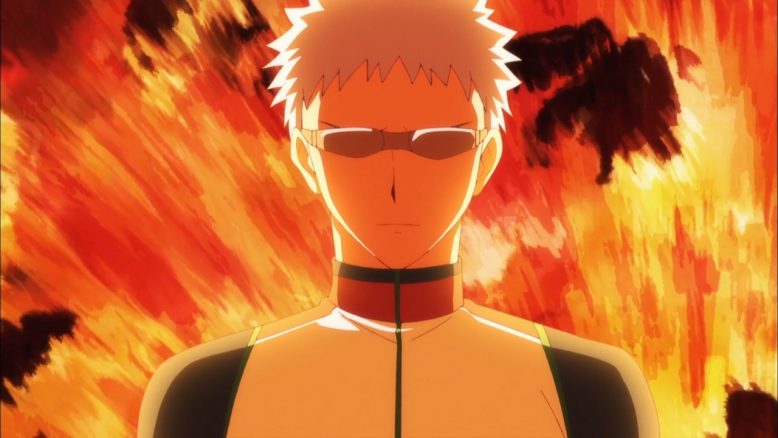 What leaves me curious is why the heck no one knows about Earth and the timeline. If humanity up and moved to a new planet I’d still expect the history books to acknowledge that the planet existed. Did everyone just purge Earth from the records to start fresh? Was what happened so terrible that it was worth abandoning history that had been built up over thousands of years? And regardless how does Polina fit into this? They said she was only in cold sleep for 12 years. That seems utterly impossible. The main cast are older than 12 minus Funi. I suppose the clone thing might change that a bit. But they should have some memories of a planetary migration. And I don’t think their originals would be invested in a cloning scheme if they were only recently moving to a new planet.

It just doesn’t fit for Polina to be in cold sleep for that short a time. Their home seems to have a pretty established history and that doesn’t happen overnight. The computer systems must have either been off on their records or it was a problem with the date system. Maybe much like BC/AD they instituted a new calendar system. So for example: Polina goes into sleep at 2320 AD and is found by the Astra crew at 2332 AE (after Earth). She could have been in stasis for hundreds or thousands of years in theory. Although I’m not sure the power systems would hold up that long. What I think is clear is that the return ‘home’ for Polina isn’t happening. If Earth still exists it likely isn’t habitable and either way I doubt anyone she ever knew is still alive. 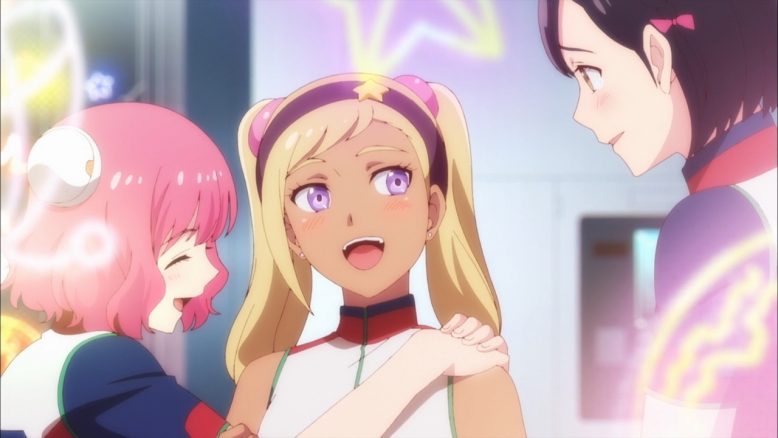 I find it kind of funny how much time that dominated for me when the clone thing was most of the episode. They went all in here. It was possible to simply stop at “Funi is a clone” and move on from there. But instead they just fully embraced that they might all be clones. Now I suppose that is a fair presumption. Funi is almost certainly a clone and that’s illegal. This whole scheme couldn’t just be to kill a young child. Beyond that you have to start widening the scheme. For this to work Zack and Quitterie’s “parents” would need to be involved. Then you widen it out to the school being involved and keep going from there. It is less necessary for individuals like Yunhua’s mother to be involved, but it fits from Yunhua was treated.

The one that doesn’t fit here is Aries. We have seen ourselves and heard from Aries what kind of person she is. She truly is worried about Aries and desperately wants to keep searching. It is 100% certain that she didn’t know about this murder plot. Now that doesn’t fully rule Aries out as a clone. We have the mysterious connection between her and Seira and Charce has been a bit suspicious anyways. She could still be Seira’s clone and thrown into this plot in order to clean up traces. Maybe she was the first test subject for cloning. But what is clear is that Aries’ mother loves her and they have a true family bond. They may be the only ones in this whole group that do, but it is there. The rest can cut ties with their families emotionally, but that can’t happen with Aries. 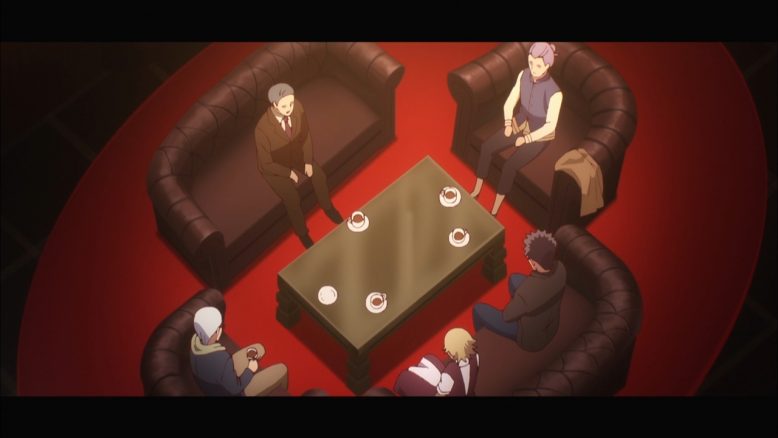 It was nice for the episode to focus on the den of evil for this week. So we can fully lock in who was extremely involved in this plot and who was uninvolved or just unimportant to it. The core appears to be the originals of Kanata, Quitterie, Zack, Luca, and Ulgar. And it mostly makes sense. Kanata’s father seems the most unnecessary to loop into this group. You needed the doctors, scientists, school staff, and politician to make the plan move smoothly. Although Luca’s original wasn’t a politician, his relative was one. It does still leave me curious if Charce is a clone or not. I still feel he’s now the most likely pick for an assassin slipped into the group. Not that I don’t see nobility being involved, but their plan just didn’t seem to need to bring in a noble from an isolated part of the world. 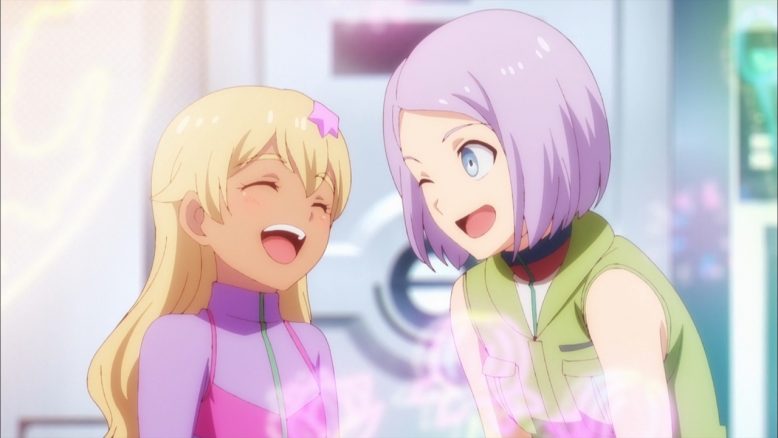 We’ll see where things go from here. No doubt focus is going to be on Earth, Astra, and figuring out what is going on with the planetary situation. But beyond that we still need to confirm who the assassin is since they’ll want to make their move sooner than later. Once they are set to head back home then the rest of the cast are mostly expendable. We should be ready to see that weird orb come back into the picture as well. But at least this wasn’t a downer episode overall. It was purely amusing having Zack and Quitterie decide to really dedicate themselves to this proposal and be open with the crew. They have effectively become family so it fits. In their shoes I’d want to define a reality separate from my original. So dive right into planning for their own personal futures.