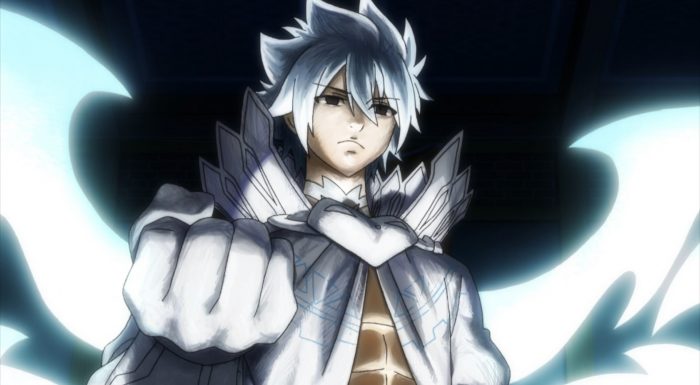 That last minute save at the end is looking less and less likely here. Fairy Tail’s Final Season is slowly, sluggishly crawling towards the finish. At this point, its rather sad that all I want is for it to be done already. Unfortunately, this episode, more so than the ones before it, accomplishes very little other than basically hinting at what the end game is going to be here. And that end game? Well, I can’t say I haven’t seen a more broken, weird and generic final battle in a loong loong time. 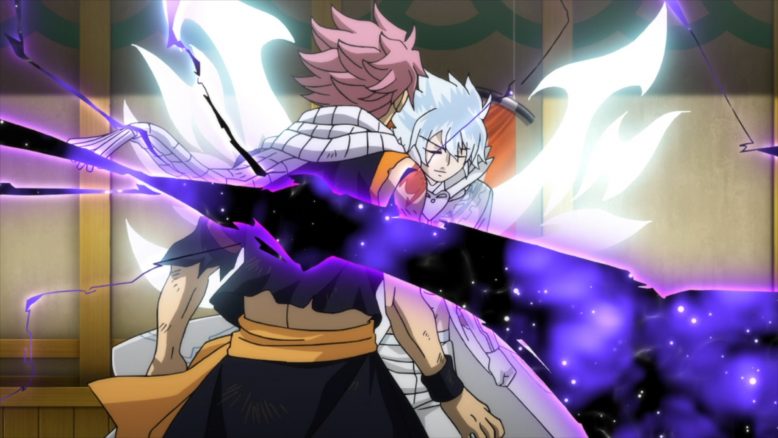 I mentioned last week that Zeref’s plan seemed rather stupid and generic, but it seems like said plan isn’t actually going to happen. Natsu is actually going to be able to stop Zeref it seems, and its all going to happen thanks to a last minute power up from his own book of END and Lucy. Lucy being able to rewrite Natsu’s book and basically tie his life to hers is odd, but even more so odd is the fact that this gives Natsu a new power boost after he already summoned a powerful attack out of thin air from earlier in the episode.

Logic and sense has more or less been thrown out the window at this point, as every character will basically do whatever the plot demands, regardless of whether they can or even should. And despite any sane person expecting that this episode would get us to the final part of the story and the main event, we basically just stood around and witnessed more delaying tactics from this show. 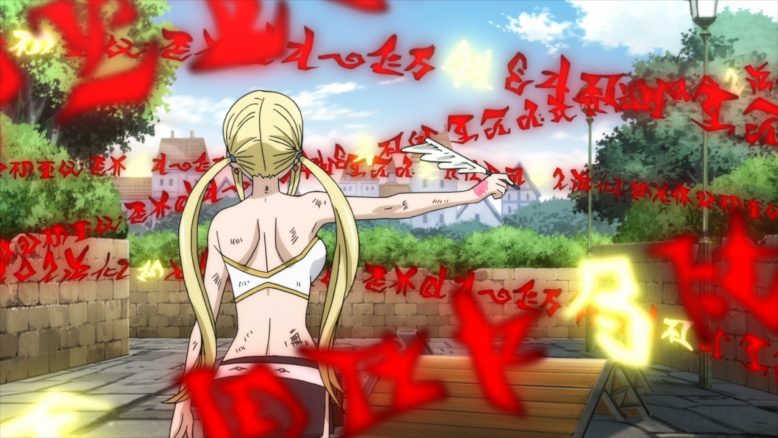 If you missed the random conversations between side characters describing what we already know, or pointless battles that don’t really mean anything then well… You were in luck this week. This episode was chock full of moments like that, and its clear that we’ve only got about 5 episodes worth of content left here.

Here’s the way I see it, Zeref now has Fairy Heart, and the ability to go into some void between time and space. Anna’s team, because she hasn’t communicated with Zeref at all, is trying to shove Acnologia into there. Meanwhile, Natsu is trying to stop Zeref and is attempting to protect this reality. So what’s going to happen is obvious, Anna and Jellal are going to succeed and send Acnologia into the time rift, but that will actually be bad because it will give Acnologia the true power to end it all. 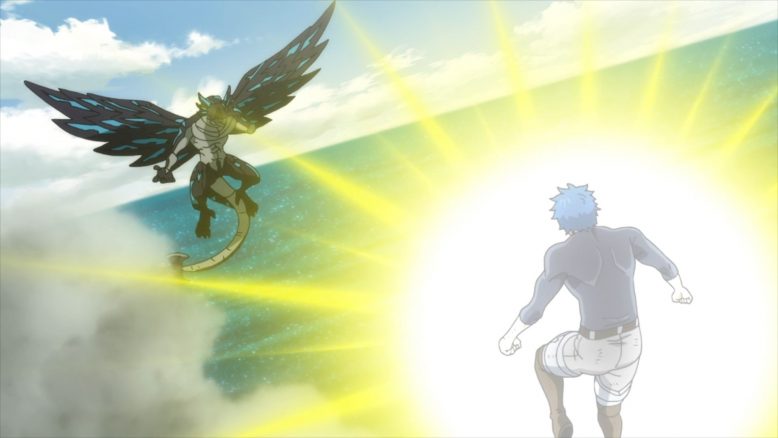 At the same time, Natsu will defeat Zeref, and then have to go into the void himself to stop Acnologia. There a final battle will occur, and Natsu, powered by the magic of his friends through the END book, will prevail.

Now if all of that sounds horribly dull and boring, then well, it really is. Given the way the show is going, however, I can’t seem to see anything else that could happen here. We might get a slight variation of the scenario I outlined above, but anything we get at this point is going to be just as distasteful. 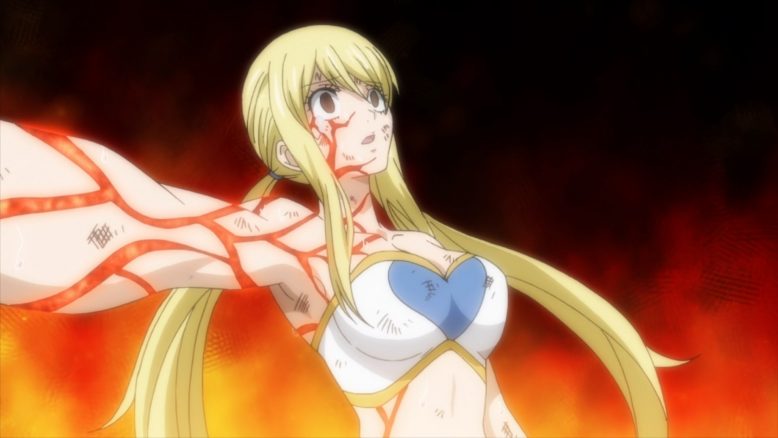 And to make matters worse, the thing that really upsets me is that all of this can more or less happen right now. This episode could’ve gotten us to Natsu and Acnologia’s battle, and the next two could’ve resolved the story, with maybe one extra episode for an epilogue. Instead of that, however, I expect we’ll get more episodes like this one, where nothing of importance happens and the plot slowly inches forward, frustrating its audience in the process.

Sigh… I think I’ll leave it at that. Since not a lot happened in this episode, I think my patience and interest in saying any more on it is more less gone. Here’s hoping next week gets the plot moving forward in a meaningful way again.