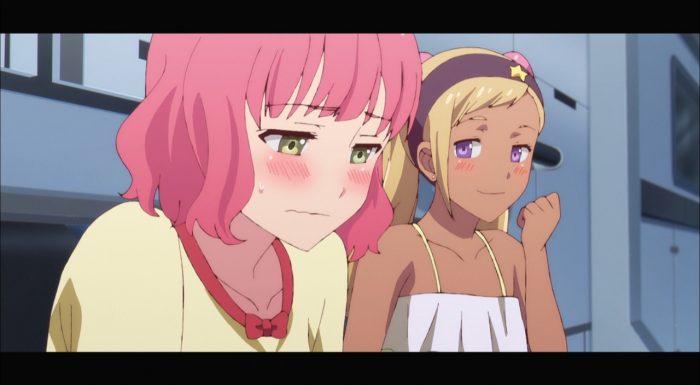 Wow this episode did some rather extreme shifting between tones at different points of the episode. This was a case where we had a serious focus on the parents dealing with their kids being missing for over a month, a silly bit of fun at the beach, romcom moments, and ends with a gun being pointed at Luca! Take a breath episode! This was really a packed one, but it did cover a lot of things I was happy to see. It was about time to delve into what was going on back at home with the parents. This may have been the only proper time for it too with us having a better understanding of the situation the main cast are in and their backgrounds. 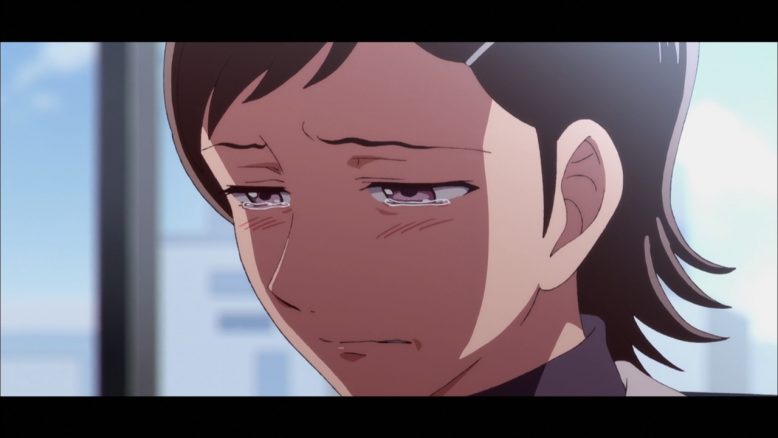 One extreme to another

It was less of a shock to see how utterly unlikable Yunhua’s mother is. You can just see a person who doesn’t give a damn if her child is alive or dead. Maybe it is more accurate to say she’s happy to just get her declared as dead so she can be forgotten. I don’t think there is much redeeming of that character and I’m amazed she can be a popular star with such a dead personality. Talent is one thing, but can she even flip a switch to pretend to be a decent person and thus keep a fanbase entertained? Not that she was alone. Ulgar’s father also seemed rather happy to just write his son off as dead. His words sounded rather flat and empty. Almost everyone seemed casually ok with considering their children as dead, even the one that presumably lost 2 children.

Now of course it is easy to get carried away in supporting Aries’ mother. We know they are alive so of course her being in support of the search aligns with us. But in general she seems like the only human person in the mix. No one seems to be openly considering that they could be off the planet. Considering they arrived there via spaceship…why is no one confident a spaceship couldn’t have been used to remove them from that place? Even ignoring the idea that they jumped on a ship for some reason and ran off, what about a kidnapping? These are some pretty prominent kids. You have a politician, school official, a music star, major scientists and doctors, etc. Now I could nod to the angle of no one kidnapping a group like this without asking for ransom by now, but no one even raised the topic. 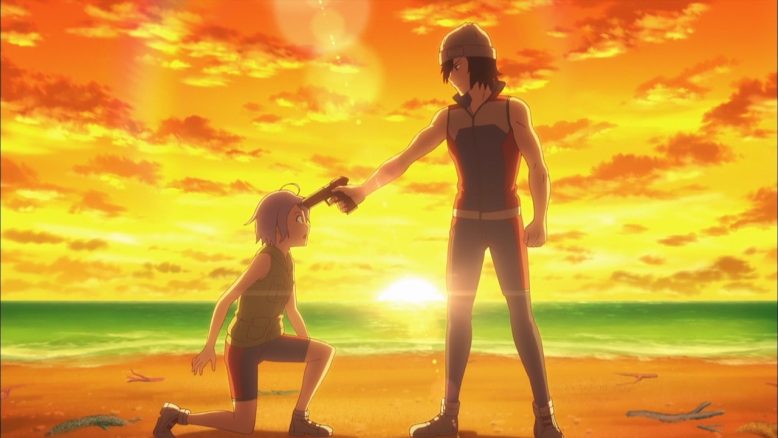 At least the end of the episode did shine some light on things. You have to wonder about whether Luca’s father is important to all this. I don’t think he organized it or anything. But if he was a major opponent for a political bill/movement I wonder if this was an attempt to undercut him? If he was distracted by the understandable situation of his kid going missing then maybe he couldn’t fight as hard as he could on that other issue. Although part of me would like to think that a kid going missing would give him some pity points, but maybe politics is just that cruel a place. Of course he used the same words as Ulgar’s father which I’m not sure if it makes him more or less suspicious. Is there supposed to be a contrast between one being legitimate and one fake? 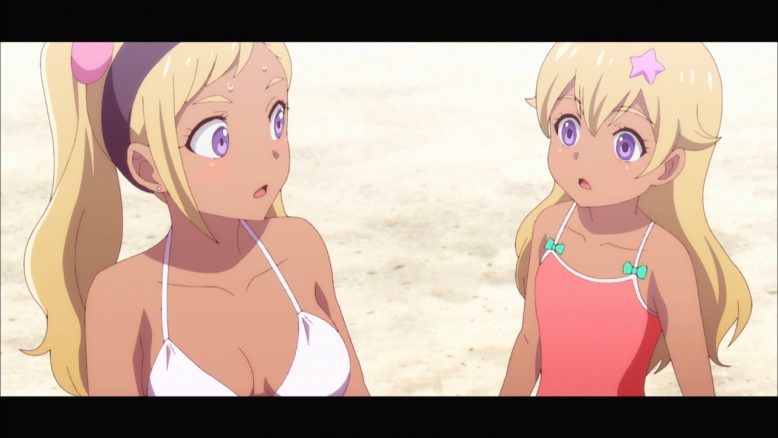 I just can’t ignore the whole genome management thing either. In a show where I’m really considering one or two characters of being clones…it just seems too important. I suppose mapping the genome and such isn’t the same as opening the doors to cloning. But it seems pretty close enough to be worth discussing. And beyond that there was the discussion about memories and the work Zack and Quitterie’s parents were doing. That has to be related right? It wouldn’t be insane to think that they’d use Funi as a test subject. If they go and create this clone girl and can impart memories onto her then they just see how the process holds up. It would explain why this unrelated girl looks exactly like Quitterie. Not to mention that explains why Funi is rather normal instead of this blank slate. Just copy over memories from an actual orphan. 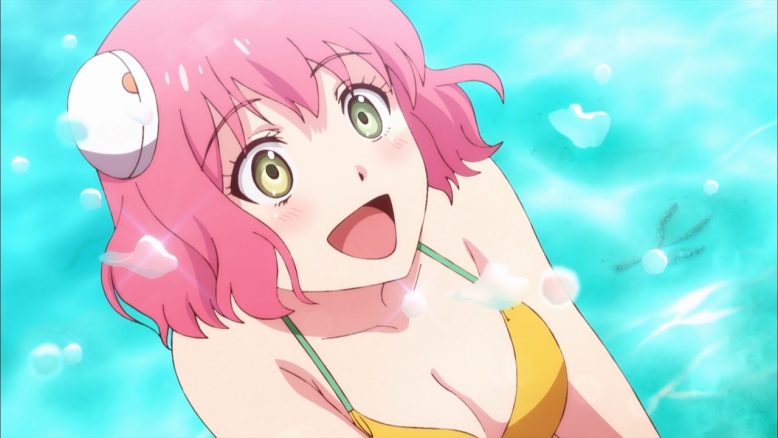 The lighter stuff was fine by me. If they found a legitimate paradise then of course they’d live it up a bit. They nearly died on the last planet and are still months away from home. I would prefer a bit of caution to be honest. They still don’t know where that death sphere is or when it might show up again. But this is just a group that can’t stay tense and serious the whole time. That’s just how it is with this cast. It was at least a good chance for characters to bond. I kind of appreciated the chance for Quitterie, Aries, Yunhua, and Funi to all build up some friendships. This was a chance to just fool around on things that weren’t life or death. And it isn’t as if they were subtle to this point about Aries and Kanata or Quitterie and Zack.

I’m kind of with Quitterie anyways that it is fun to see Aries freak out a bit and be easy to read. Fair enough as well that being saved a few times would be a kicking off point and at this stage Aries’ feelings are rather easy to follow. Unless of course you are a dense idiot like Kanata. In that sense though, at least Aries is safe from worries. No chance this guy could easily start dating someone. There may be a person in the universe that likes him besides Aries, but he certainly isn’t aware of them. She can take her time. It definitely takes a special kind of dense though to even leave Aries frustrated though. 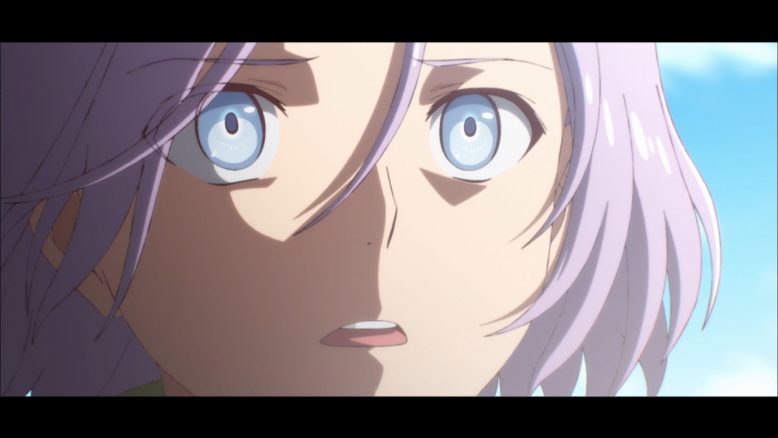 We’ll see what happens next week. One of the first times the show has left us with such a major cliffhanger moment. There’s no doubt that Ulgar has something specifically against Luka’s father. Whether he really is the assassin and was hired to kill Luca because of his father I don’t know. It definitely set him off, but for what reason? And if he just wanted to kill him why even go back to the ship to get a gun and pull it in front of everyone? Regardless I think we can presume Luka won’t die here. But we should get a much better idea on what is going on with Ulgar. This definitely will make their stay on ‘paradise’ not quite as beautiful a memory as they might have expected part way through this episode.