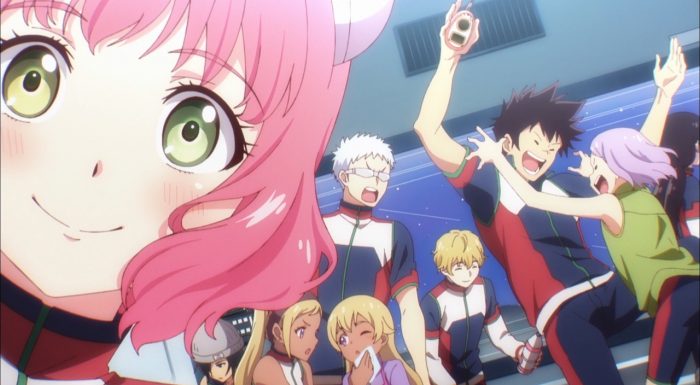 The journey continues for the main cast. Of course the first stop was going to focus on some conflicts within the group and start to work through those. Starting with Quitterie made enough sense. She was one character who was rather confrontational in the opening episode. Works well enough to start off with her and begin to have her accept the group around her. I’m also happy that they didn’t just have her learn a lesson without doing anything. Instead she used her head and made sure Kanata didn’t get himself killed. It wasn’t as if she brushed off what happened either. It was a good way to balancing things out. She learns something, appreciates her sister more, and gets along better with Kanata. But at the same time Kanata realizes his own limitations and wouldn’t still be here without Quitterie. 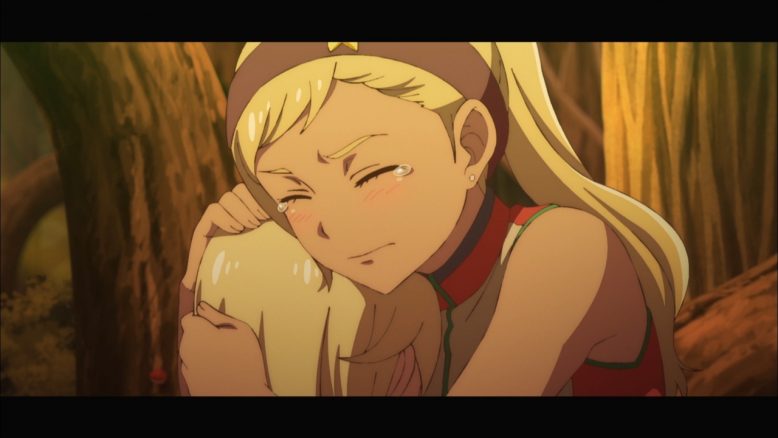 I need to tackle the whole adoption thing. Is this real? These two have the same skin tone, hair, and eye colour. There is no way she’s just the daughter of a friend. For one I doubt someone that cold even has friends in the first place, but it’s too nonsensical. My only bets are clone or child coming from an affair. There’s just no chance that Funi is adopted and has no relation to Quitterie. Considering we are talking about science fiction I’m willing to throw the clone theory out there. If they don’t dive more into that then I’ll be honestly shocked.

Heck, there’s a good chance Quitterie is also a clone. There’s no father in the equation and I can’t imagine the mother is a doctor out of pure coincidence. Science fiction doctors are either really nice people on a crew or creepy and radical scientists XD. Plenty of time for the show to drop that kind of bomb on one or both of the sisters. In fact with all the hints it would be rather unfortunate if they didn’t go there. 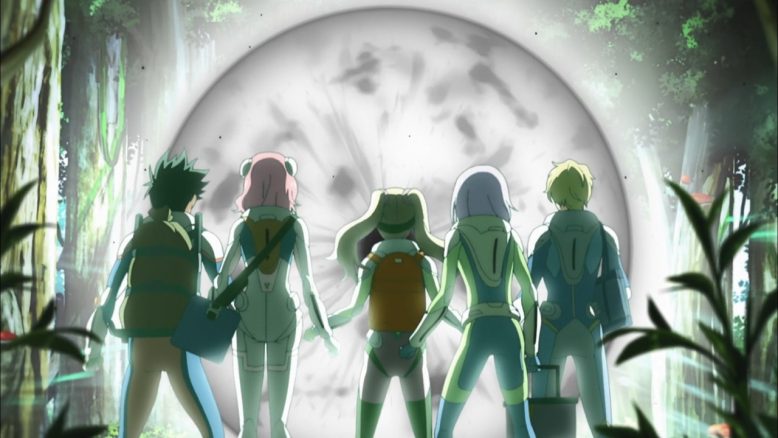 A big thing though is that the creepy sphere is stalking them. That thing appeared on one planet, sent them randomly out into the void of space, and then appeared on a planet far away from where it dropped them off. That thing is either sentient or being controlled by someone. No doubt they want us to doubt the various cast members. The pressure is there to presume one is a traitor type that dragged them into this situation and is preventing them from contacting their homes. But if you have a sphere that can just appear anywhere…couldn’t someone pass through it into even the ship itself to sabotage it? At this point there’s no good reason to suspect anyone too much. They were all thrown into space here and could have died. There’d have to be a pretty malicious person in this mix to do that.

There are obviously suspects if we wanted to go there. Yunhua hasn’t spoken up much and as of yet her personality isn’t very defined beyond probably shy. There’s a chance someone tampered with Aries’ space suit to mess up her communicator and thrusters. Hard to imagine both systems just failing like that. And Yunhua does wear the same suit and was in the same change room so…you never know. But I’m not too serious on that theory. You can point fingers at various people. Zack ‘found’ the issues so he could have sabotaged them. Charce ‘lost’ their communicator when they were transported by the sphere. Luca stupidly touched the sphere to set it off. Ulgar has been pretty confrontational so he might be up to something. I don’t suspect much from Quitterie, Funi, Kanata, and Aries though. 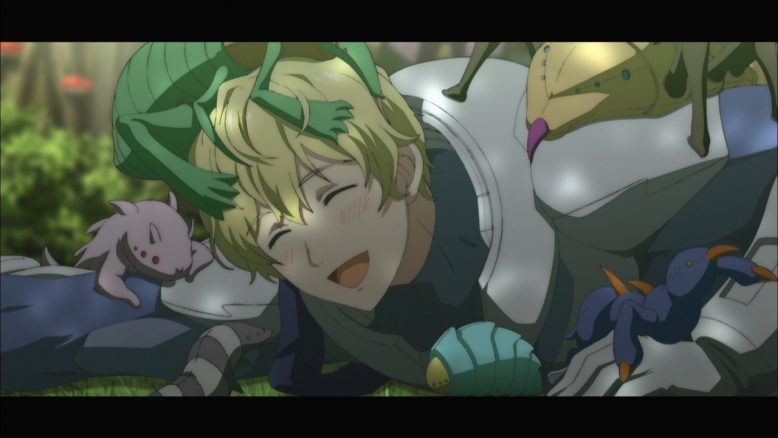 You could say everyone is taking things pretty lightly early in this episode, but that’s how it goes I guess. They have a plan and that probably gives some emotional relief. Plus a fair number of these characters are rather silly. Of course if you pair up Kanata, Charce, Aries, and Luca then things will get rather silly on the foraging portion. I appreciate that Quitterie was at least trying to be a bit serious. She was also being rude at times, but this is a life/death situation for them. They need to actually find food and avoid death on a planet that may have hostile life on it.

At least when things got serious so did the characters. I respect that Kanata stepped up and did what he could to help Funi. If he does want to be the leader then he does need to be prepared to take risks for everyone. This is twisted enough a perfect situation for him. He’s done everything possible to try and prepare for this sort of life threatening situation. Kind of entertaining that he ended up using his dad for training who was effectively using Kanata to relive the life he lost due to injury. Both are rather selfish ways to use a family member, but Kanata is the one winning out here. He gets to choose what he wants to do with the training he took. 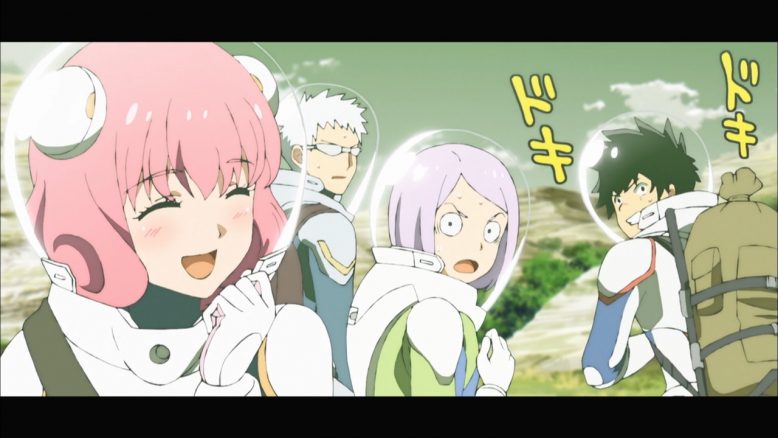 There’s also no escaping the emotional value of Aries. Kanata knows how to act tough and try to direct people. But Aries can protect the team’s emotional well-being. She is the one who first successfully reached out to Quitterie and relaxed people upon stepping out onto this new planet. There is more than just being confident and bold to keeping a group together. Someone upbeat and friendly can be pretty essential too. All the more so when it is a young group thrown into a wild experience like this. She helped make this second episode rather enjoyable and successful. It should be fun to see what the coming episodes have in store.