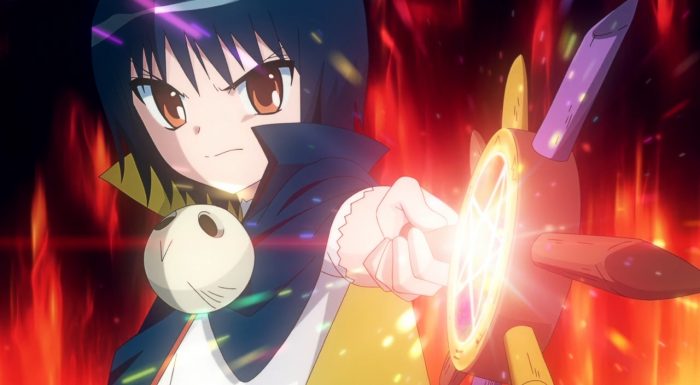 It may have taken a while, but Majimoji Rurumo finally reaches completion. The original anime was a very cute and enjoyable ride back in 2014. Even five years ago it felt like a very cute and old school kind of show. It is the kind of ride I’d fully recommend people check out. And certainly nothing in this two episode finale would really make sense if you didn’t. This does more or less pick up where the original show left off. Rurumo hadn’t completed her training yet and Kota was starting to use up quite a few tickets. Considering this is a two episode finale, they kind of had to move things along rather quickly. They got right to the point of Kota being low on tickets and Rurumo being low on time. It makes sense that her training had a time limit.

My presumption as well is that this is a different telling of the ending than what the original manga had. But regardless it does a fine job of wrapping up the story. For anyone who just watched the original anime this is a good way to leave the story. 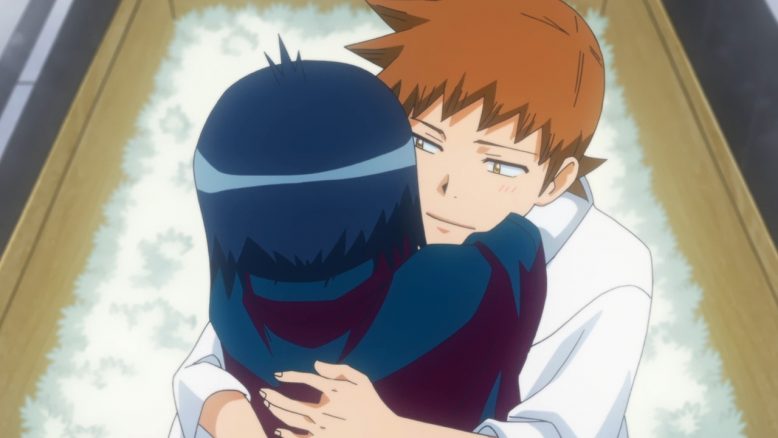 This really was Rurumo’s story though. Kota does have some decent moments in the first part of it. It is a heavy burden thrown on him out of nowhere. Now he did know that if he used the tickets then he was done for. But in that sense it just meant he needed to be sensible with his magic use. And the closer he got to Rurumo the less he wanted her to go back anyways. So holding back was a win/win. But once it was clear she had a 500 day limit…well things got more complicated. That did make sense though. In order to push the story you needed to give Kota an emotional reason to make wishes.

Of course he had great reasons to wish later on. Kota was prepared to make a wish in order to help Rurumo. It was just an incredibly self-serving one and also it would have been incredibly pointless. Even if all the women turned to him…he would die instantly so it wouldn’t lead to much. Instead he made a pretty gutsy wish in order to save a ‘kid’. Not a bad way to go. And I’d agree that he went out in a cool way. Luckily for him his wish was one to save the god of the entire witch world (who probably would have been ok) and thus she just changed the rules. It must be nice to be so powerful that you can do that. Thankfully for Rurumo and Haruriri things worked out fine. 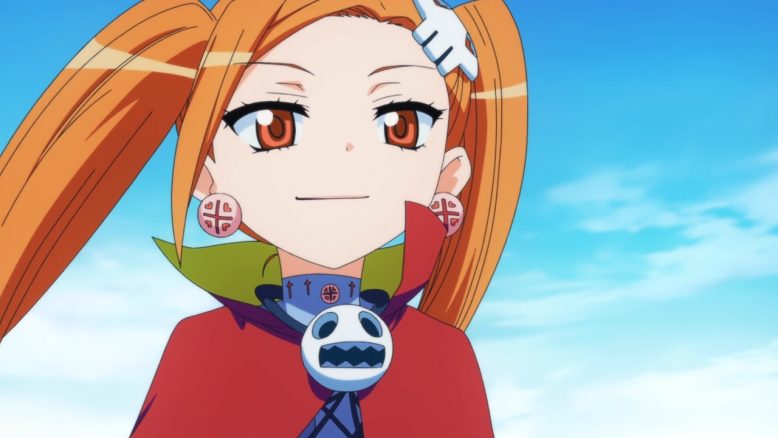 The focus did need to turn to Rurumo once Kota went out and for more than just the reason of him being dead. Rurumo was the one who had to face that death, face the truth of his death, and decide what to do about it. Frankly, she just needed to realize she was in love with Kota. It was something inside of her and even Haruriri knew it. For some reason I did like the kind of shocked impression she had when Haruriri hit her with the truth bomb. But she also needed someone to tell her. Rurumo is a bit of a dense person. She can tell the feelings are there, but not what it means without some help.

I’m glad she had such a good friend like Haruriri to support her when she needed it. Otherwise she might not have realized her feelings or at least not made the effort to find Kota’s soul. And good on her for knowing her friend well enough to predict that Rurumo would do something stupid by herself. Rurumo is a good person, but can be rather stubborn. I’m not surprised she put it all on herself to go and try to see Kota again. But I’m also glad that her friend took the risk to help her out. It was a win/win kind of thing. We got to see Rurumo get pissed at that guard touching Kota’s soul box, but also Haruriri stepping up when she could. 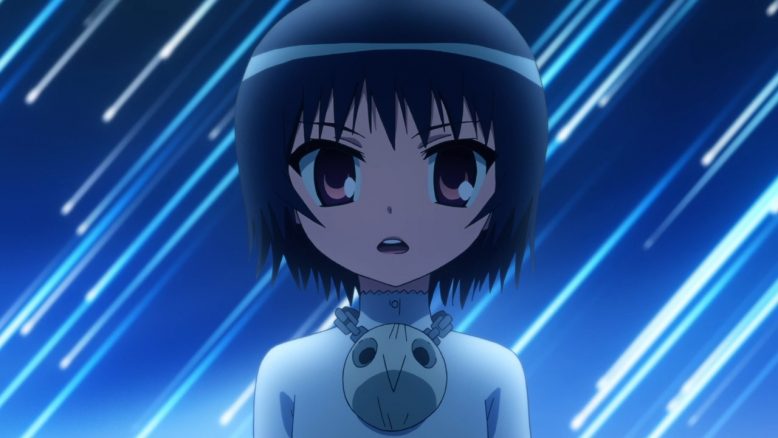 This isn’t the kind of show with crazy action sequences. But I thought they did a solid job having the magical showdown with the guards work out. Rurumo did get one hit in and it was a nice one. But they did need Haruriri to carry things. Which I think is fine considering their opponents were Rank 1 mages and so is Haruriri. Rurumo has spirit and a desire to see Kota again, but she hardly has the firepower. It was good that she came up with the memory wipe move at the end there. She couldn’t bring down their enemies, but she could make a smart move. It would have been interesting if they just unleashed magic in a stupid way. But I suppose keeping it within the kind of magic you could imagine from this series makes sense. 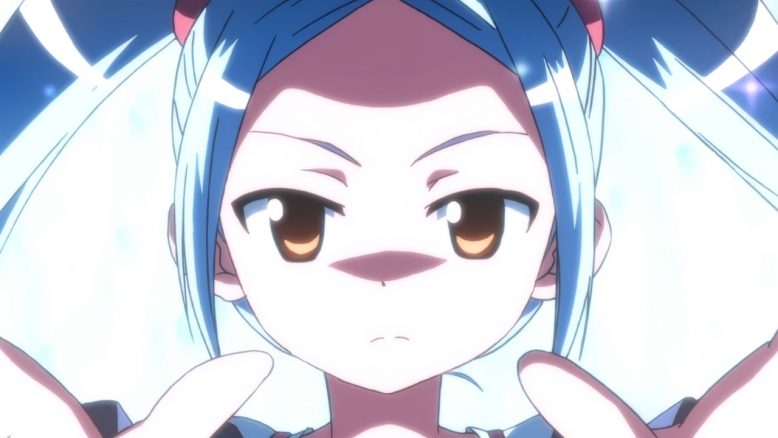 We also had a pretty serious bomb dropped about how their magic works. There was no effort to discuss that system in detail. It is what it is though. Normally I think it is a system that isn’t too creepy. If you have people summoning witches for selfish desires then I guess it is fine. Although most of them are only getting on serious wish granted. Not many are like Kota where they get a whole batch of wishes. But in the end if anyone deserved to not end up a human magical battery it was Kota. He is a good guy and he made a lot of good wishes along the way. That his last one was to save a life is just very much what you’d expect. Kota is someone you’d describe as a bit too perverted for his own good, but he’s good at his core. 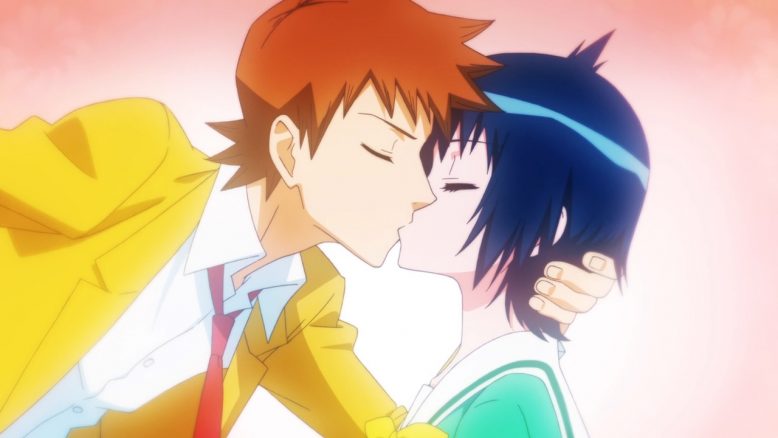 It is too bad these weren’t a bit longer since they did need to wrap up fast. We got Kota back from the dead, he confessed to Rurumo, and boom he was back home. At least it is comforting to know things are fine going forward. The tickets are done and Kota is fine. Obviously he and Rurumo are together and they’ll have a long time to figure everything out. There is the issue of her outliving him by a mile. But I’m sure they aren’t thinking about that while Kota is still a teenager. We even have the positive from Rurumo starting fresh. The memories everyone have of her are gone. But now she’s starting over as Kota’s girlfriend and not his sister. So that will help their relationship. There’s plenty of time for her to rebuild connections. 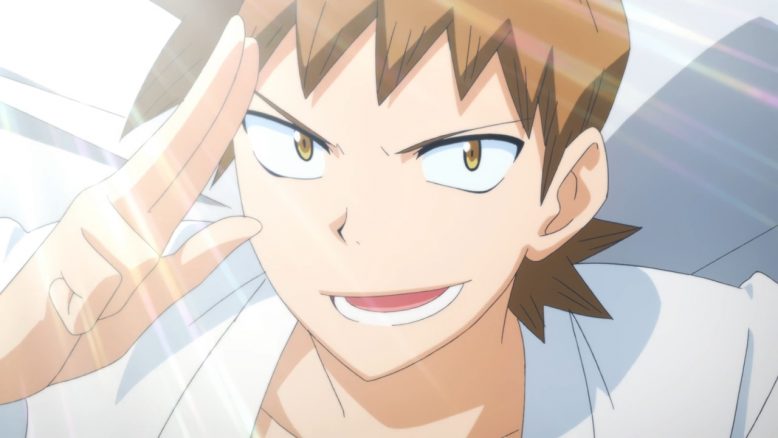 I’m glad they made this. It wasn’t as if the original show ended on a bad note. But this leaves it feeling much more complete. A full blown sequel would have been ideal. This was still a very enjoyable pair of episodes. The characters were on point and the tone was right. These are great episodes to watch if you enjoyed the original series. It is a nice thing when good, but unfinished shows get the conclusion they deserve.