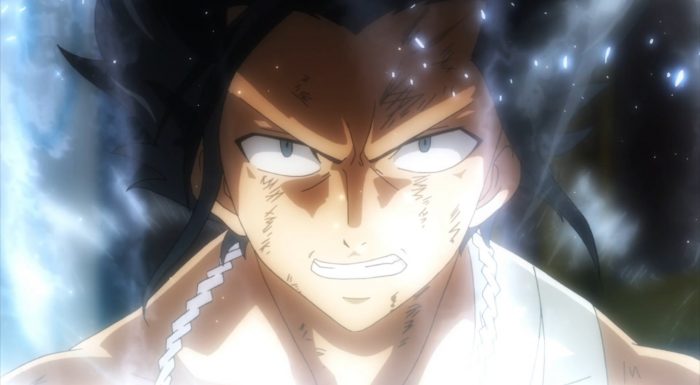 Fairy Tail continues its upward trajectory in terms of quality storytelling, solid character moments and hype as heck battles. All these things, are most certainly characteristics of a solid shounen anime series, and its just great to see Fairy Tail continue to deliver after what seemed like one of the franchise’s lowest lows. What’s of particular note within this big improvement as of late, is that the show is actively building up hype and excitement again. 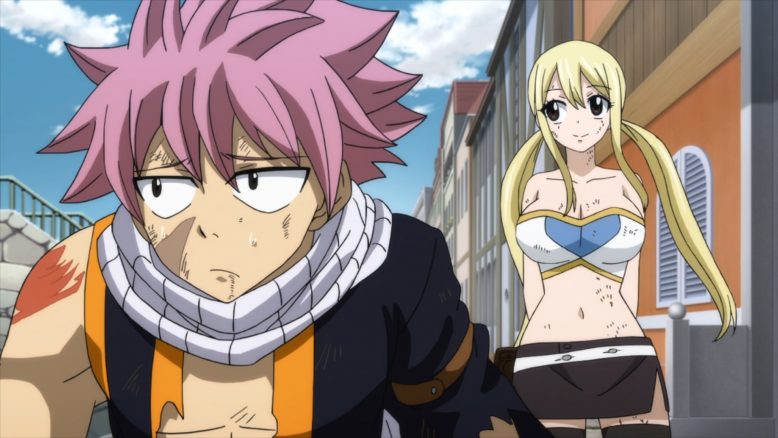 I now have a genuine sense of enthusiasm and interest in what’s coming next. The fact that story beats and events actually stick is definitely why I think the show is starting to feel satisfying to watch and follow again. I’m not entirely sure why Mashima-sensei basically did a bunch of solid things and then immediately proceeded to undo a lot of them, almost as if he were drafting and rewriting the plot as it was being released. Whatever his reasons, I’m glad he’s gotten it out of his system, because now the story seems to have found its stride and purpose.

Again, this week more so than the last few, definitely feels like a fresher start for the show. We’ve got a new OP/ED set, which is always nice, and while the songs themselves didn’t blow me away, I did enjoy what I saw within them. There’s enough there to excite, but it didn’t seem like we got any major spoilers in them yet again. Which is paramount, because the show can’t afford to give up too many of its surprises at this point. 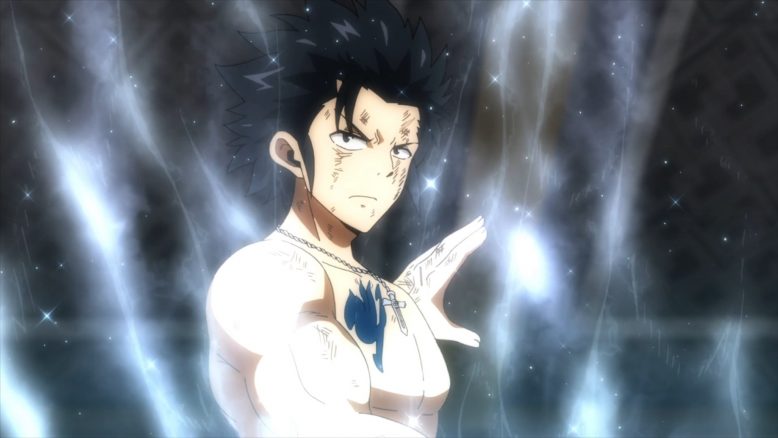 Speaking of surprises, The biggest was most definitely Gray and what he ended up doing this week. Gray, in fact, has kind of become an interesting character again, and it almost feels like the character we saw a few episodes ago, was a different one, written by different mangaka entirely. This week’s Gray? He felt like Gray again, and he did some things that really grew his character.

Before we get to Gray’s big decision though, I just want to commend the show, the voice actors and Mashima-sensei for the solid and utterly fascinating conversation that happened between Gray and Zeref. Gray and Zeref ever actually speaking or chatting was something I could have never predicted. I never even expected the two to ever meet, and it seems like Mashima-sensei was counting on that. 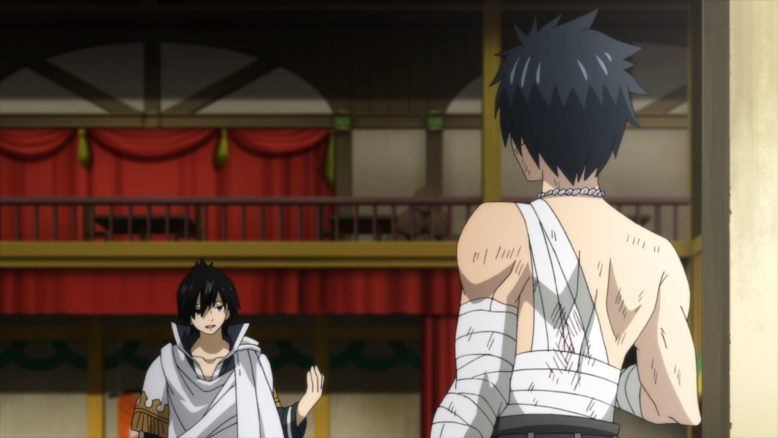 The first thing Zeref says, after all, is that he himself expected either Jellal or Laxus to make it to him first. Thankfully, Gray’s whole exchange with Zeref is both enlightening and entertaining. We realize just how much Zeref really does know about Natsu and his friends, and we also get a nice little call  back to how much Gray’s entire life has been indirectly affected by Zeref’s actions.

Of course, the big moment is when Gray decides to use Iced Shell, the same magic that his teacher Ul used to seal Deliora. But, what Gray does, is up it a notch and he even decides to use his memories and entire existence as fodder for the magic. That level of sacrifice? Where his entire existence is erased? That’s unheard of, and a big heroic step for Gray as a character. 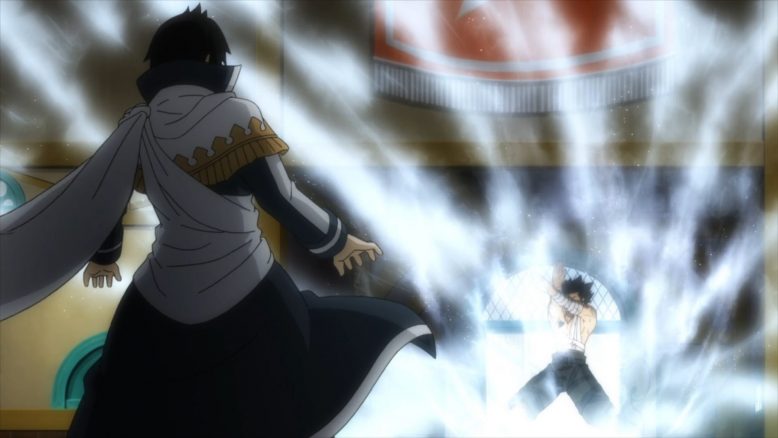 Again, I’m not entirely sure if it’ll happen, but its a nice gesture and I feel like its giving Gray something cool and actually heroic to do, that completes his character arc. THIS, this is the kind of stuff that I wanted from this Final Season. Stuff that logically makes sense, builds on the past and provides a satisfying finish.

And given that we’re close to the end here, and that there’s not a lot more enemies left to fight, its unclear whether Gray will actually manage to remain unscathed here. This is the time when big character deaths and sacrifices can count, and while I’m rooting for Gray to not go through with it, there’s some genuine tension and hype building here. 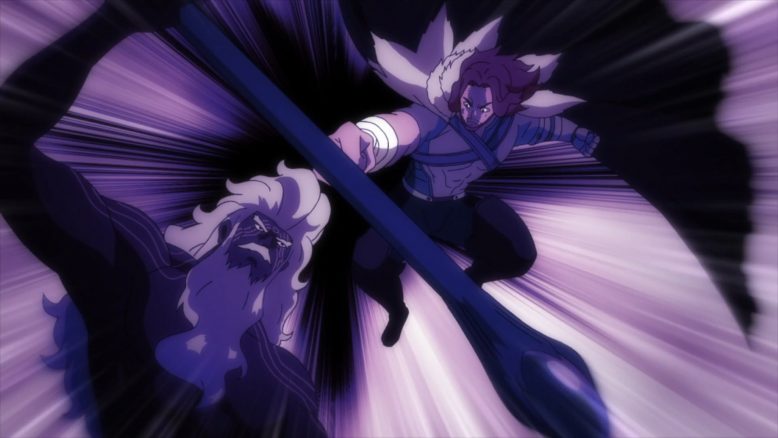 Plus there’s also the note about Zeref’s true goals, and we still don’t know what they are exactly. In any case, there’s a ton of mystery building, with events that I can’t wait to see unfold.

Speaking of which, there’s also the August vs Gildarts fight, which man, I can’t believe I didn’t see that one coming. It makes sense that GIldarts is actually stronger than he was before, because unlike Bluenote, I assume he’s actually been doing something while he was away. August vs Gildarts is pretty exciting, and its a battle that I’m curious to see unfold. Cana coming in is definitely going to throw off the entire dynamic, and I’m just thankfully curious to see how this unfolds. 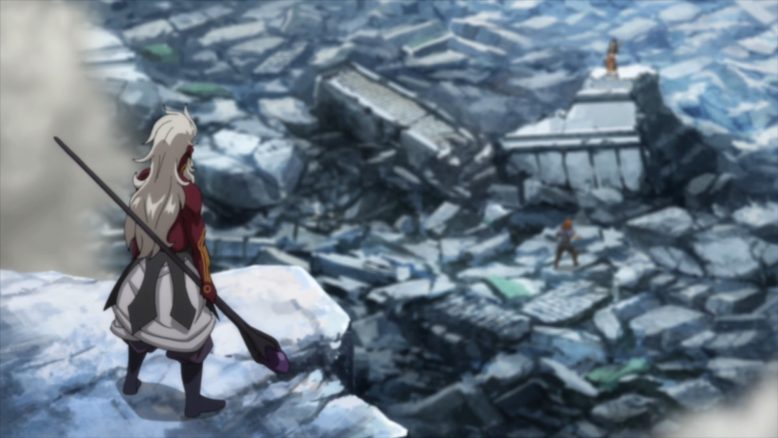 There’s still the lingering issue of Acnologia, there’s a rematch between Natsu and Zeref coming, and we’ve still got other characters hanging around in the wings as well. Thankfully both Ajeel and the weird assassin guy were both dealt with fairly quickly, and I’m giving those particular scenes about as much time as they deserve (which is not a lot).

Fairy Tail seems to be bringing it back, all in the eleventh hour. Its good to see the show make a come back at all, because as I’ve said ad nauseam at this point,  was going to make it through this story till the end regardless. But at the end of the day, I’m a fan of this franchise, and I want to see it end on a high note. While it won’t be perfect, there’s hope that this Final Season, may not be a complete dumpster fire. That’s a win, especially this late in the game.