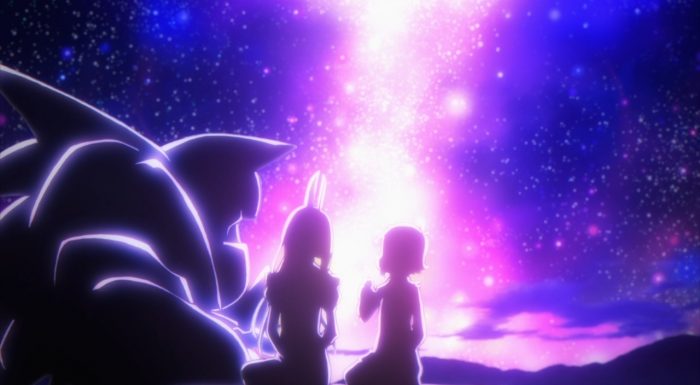 Original series can be a lot of fun with the potential to tell a complete story and the experience being new for everyone. Adaptations will always be a big part of anime, but I do appreciate new shows telling their own stories. Granbelm is a bit unique in that we had already seen half the first episode weeks ago. The second half of the episode was rather important and did leave me with a few things to think about. This show is definitely grabbing a lot of familiar elements from a similar genre and it will be interesting to see what kind of original spin the creators have in mind. 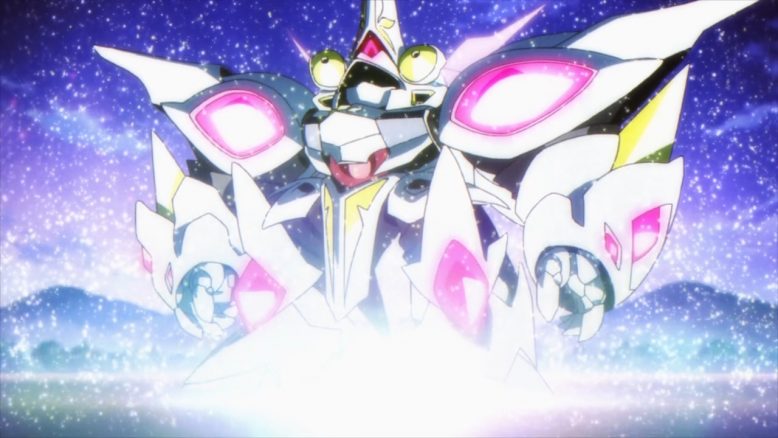 These mechs are surprisingly cute

In some ways this was a rather standard introduction for a magical girl show. Mangetsu is a nice girl in general. One could easily say she is a bit of a pushover. I found it oddly sad and funny that she’s ended up making a ton of lunches for people at her school despite only being an average cook. People take advantage of her just because it is cheaper to. Much like many a protagonist before her, Mangetsu has incredible potential inside of her that she never knew about. Her family must have some ties to mages. But that information just never got to Mangetsu herself. Regardless her potential is staggering and she’s got the kind of insane firepower that could lead to coming out on top of this apparent battle royal.

I like the contrast to her mysterious magical girl ally in Shingetsu. While Mangetsu’s mech clearly is all about crazy power, Shingetsu showed quite a bit of agility and cleverness in how she fought. Her opponent had quite a bit of power as we could see. But there never seemed to be any doubt in Shingetsu’s mind that she could win. A nice combination of range shots and traps delivered about as solid a win as Mangetsu’s Excalibur-like beam attack. And I did honestly enjoy that crazy bit of action in the first half of the episode. Shingetsu’s cool confidence really did piss her opponent off to no end. I wonder what kind of backstory these various girls have with each other. They definitely feel like people that have been dealing with each other for quite some time. 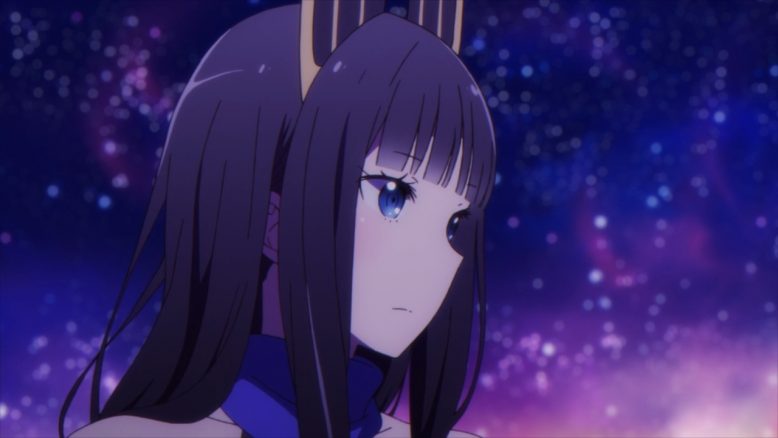 I’m glad even the characters noted the odd connection between their names. With Shingetsu (new moon) and Mangetsu (full moon) they’ve just about got their bases covered. I suppose a friend named after the crescent moon would be perfect though. Considering the connection the moon has to all of this there must be some meaning beyond the surface. I’d be surprised if Mangetsu’s family had no connection to mages at all. Otherwise that is some very convenient naming. Of course it was convenient in general that Mangetsu went to school that specific night. 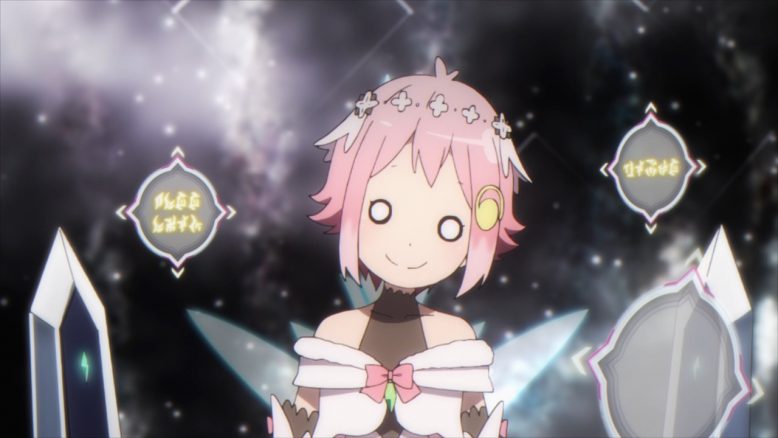 It will be interesting to see how they likely bring the question of ‘is magic good or bad’ into the story. From the story we got in episode 1, I’d presume this battle is all over that sealed magic. Whether a person wants to use it for their own benefit or unleash it back onto the world must be on the table. You can bet that certain mage families prefer the world as it was 1000 years ago. At the same time I could see someone like Mangetsu who has grown up in a mundane setting preferring things stay the way they are. Of course we’re still at a point in the story where she’s just trying to wrap her head around this situation. I doubt Mangetsu has any idea that she has effectively been drafted into this conflict or what is at stake. 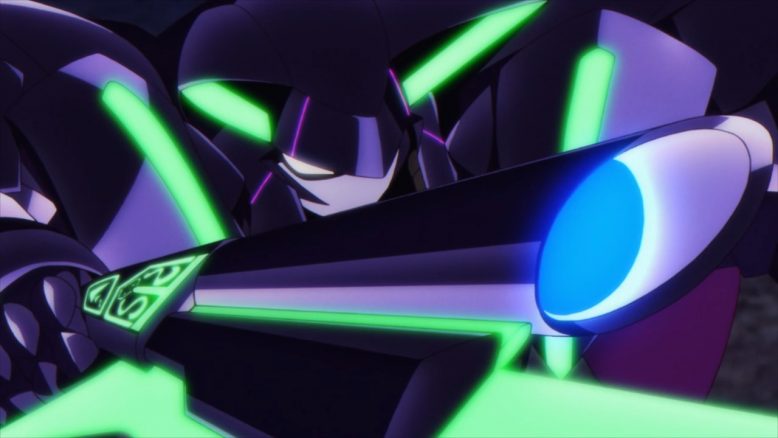 I did appreciate how this show just got right into the action. We spent a few minutes of Mangetsu talking to her sister before she ran to the school and got caught up in all this. Almost the entire episode was focused on the battles going on within that other dimension. Things getting so crazy that Mangetsu thought she was in an isekai show for a moment there XD. I do like how they are mixing up both magical girl concepts and pure mecha action. These are magical constructs and not machines. But they look enough like machines that I think it is still fine to call them mechs.

While I can’t see myself picking this show up for the season, I am glad to have talked about the first episode. The action held up pretty well. If the visuals can hold up and the battles get even more creative then this should be a fun show to watch. Fingers crossed that they make the most out of the familiar concepts they are using. Nothing wrong with a few clichés so long as they are implemented in a smart way.