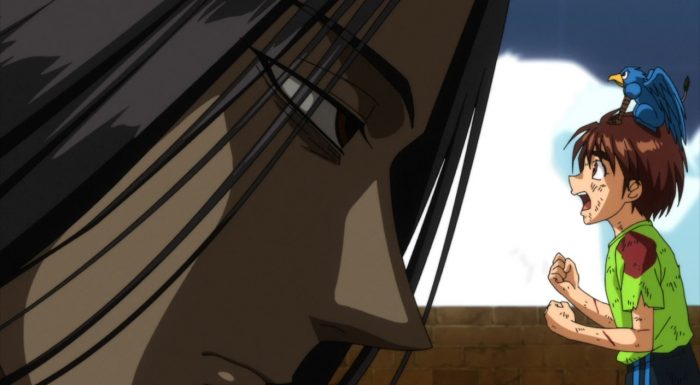 I suppose on the positive side this episode went better than I expected. Obviously my hopes for this episode were about as low as Masaru’s bow before Faceless was. So it didn’t take much to surpass them, but at least the episode had some good moments. Not that we started off great. Masaru legitimately figured begging Faceless to tell him how to stop Zonapha was going to work. He did at least have combat in mind for later, but it wasn’t part of any complex strategy. He just went from begging to fighting since begging didn’t work. What I found the most hilarious is that the first person to get an Arlequin upgrade in this show was the main villain! Shirogane for what chances she got to fight always was stuck with a half-busted puppet. But the villain gets the upgrades. It wasn’t that powerful to be fair though. 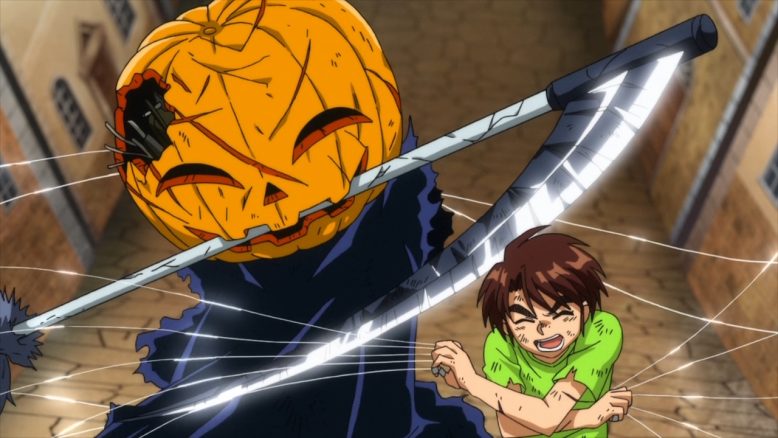 This really was all about Masaru and Faceless. The episode stuck to them and worked through all their remaining issues. Of course we dived into stuff like Masaru’s feelings for Shirogane and for some reason redeeming the main villain who is a total monster. I suppose there was no avoiding the issues of Masaru’s feelings and hey at least they sort of gave him a good reason for it. Everything that has happened along with the partial download would mess with Masaru’s head a bit. It does show the impact of the download that Masaru shares Faceless’ ‘first come first serve’ approach to romance XD. He does at least appreciate the concept of the other person having free will which is a major difference. I do respect Masaru there. No matter how I feel about how they’ve mangled Narumi/Shirogane, the fact remains that Shirogane is in love with Narumi.

I love how they talk about automata having no place on Earth. Because I’m pretty sure that Fou is totally going to keep using automata workers behind the scenes for the long term future. I mean…why not? It’s a cheap labour force and few people on the planet even knows he has them. But I suppose it was just a cheap excuse to make sure the main villain actually died. This guy has ruined billions of lives. It is staggering to imagine the consequences of his actions over the years. He had to die. There was no getting around that. 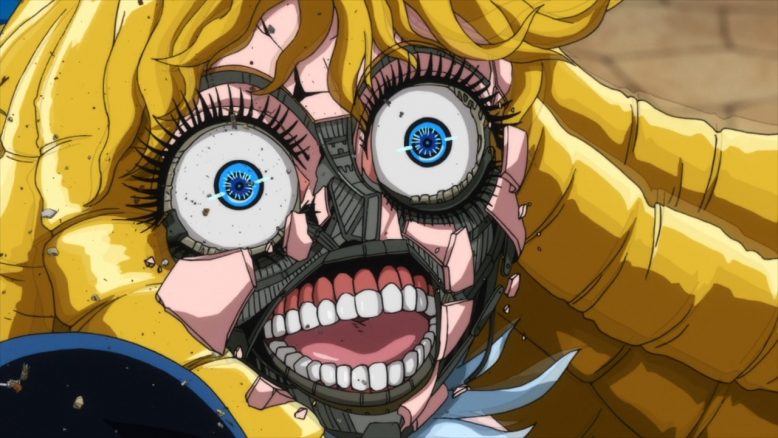 I suppose it was kind of amusing to have Diamantina show up to cause utter havoc. She certainly contributed to the salvation of humanity. If she wasn’t there to be so utterly bothersome and insane then there would have been zero reason for Faceless to cooperate with Masaru. That lunatic just spun events into a chaotic direction and helped out just enough through that. Honestly, I’d forgotten she even existed. Maybe that was intentional, but I was just so tuned out of whatever wasn’t immediately happening on screen that much of the cast was forgotten. In some ways it was handy the show ended with a big visual display of every character in the show since…I’d have forgotten many of them even existed. I give an honorable mention to the dog saving Masaru for whatever reason. 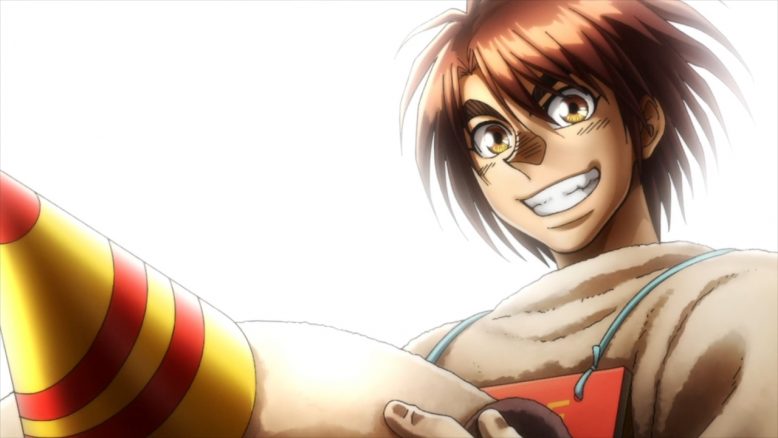 There was some fun stuff in there. It was a bit odd how they tried to turn Faceless and Masaru into brothers at the end of all this. All the more weird since Narumi was the one who originally seemed to be heading in that direction. He did have the last of the Aqua Vitae and did seem to be effectively turning into Faceless’ brother. But Masaru really did just throw the whole plot into chaos in that sense by inserting himself into this. And I suppose Masaru being so pathetic that Faceless felt bad for him worked out in their favor. They did cooperate to save people from being killed by a falling space station which was nice. 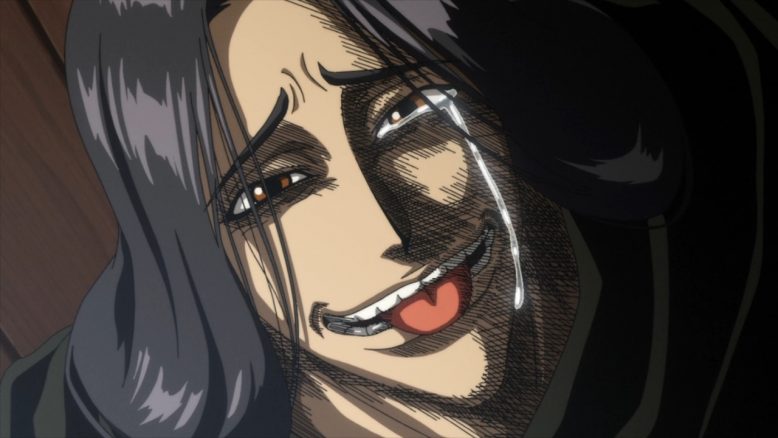 This was a decent last episode for a show that honestly had lost me for quite a while now. We went from this show being about Narumi, Shirogane, and Masaru. Then it went to being all about flashbacks and Narumi. Finally Masaru started to rise to prominence until he was sharing the spotlight with Narumi and then taking the show for himself. This was always going to be in part about Masaru’s growth as a person. The show did a solid job in the early going setting up his journey to becoming like Narumi. It was a bit on the nose to make him into a guy in a mascot saving some kids, but oh well.

My issue with the show has been that it did such a poor job balancing the main cast and in terms of pacing. The prologue was excellent with this show. It was so darn good that I was hooked despite concerns about a 30+ episode series. But then it just fell off the map. It just forgot 2/3 of the main cast for a large chunk of time while we just followed Narumi everywhere. The flashback arcs were important, but somewhat frustrating since they took up so much time and the motivations of the main villain were a bit too comical at times.

The story just swung from one extreme to another. It focused too much on Narumi and then too much on Masaru. And yet it never found time to focus too much on Shirogane. So many main characters are in love with her or have their motivations connect to her and yet she barely does anything in the story. It is just agonizing to watch what happened to someone who looked so impressive in her introducing to the show. 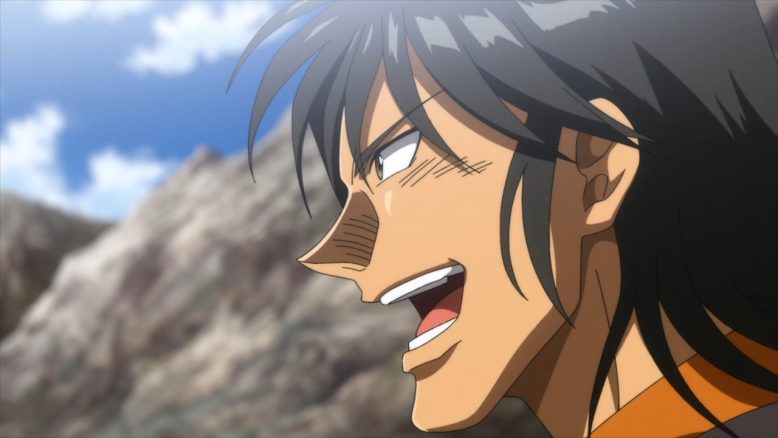 There are some good qualities to this last episode and this franchise. The concepts of puppets and automata really did make me curious to see how things would play out. But I’ve got to say it was agonizing seeing what was done to the main cast and how rocky the pacing felt. I get they had a lot of story to fit into 36 episodes. But that doesn’t mean the end result is going to feel satisfying. This show had so many moments that felt weird and wrong. Events would take place over the globe in a matter of minutes or hours when it is impossible to traverse the planet that fast. These people aren’t Superman. A flying puppet is not that fast. Maybe what made sense in a manga or in the creator’s mind doesn’t quite work when you start animating it and people can think about the timeline. 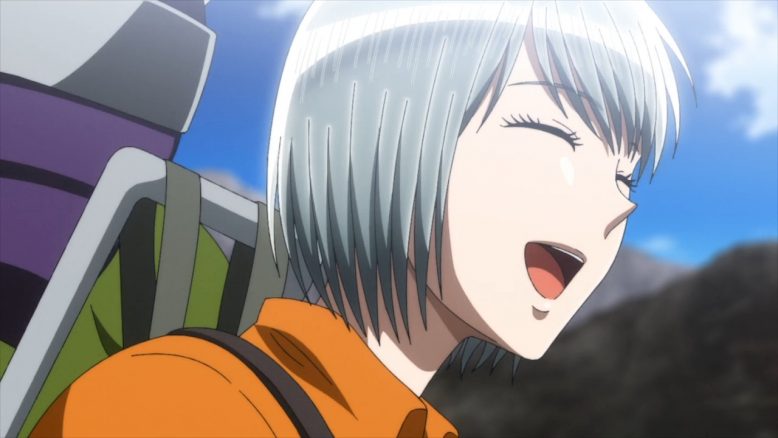 I’m honestly relieved this is over. While I wasn’t at a point of wanting to just quit on it, I wasn’t exactly having a great time either. This last episode was ok and acceptable. But the show as a whole dropped right off the map after the prologue. It is a good lesson that first impressions are not always the right ones. Sadly some things get you hooked and then drop the ball once you are too invested to back out.