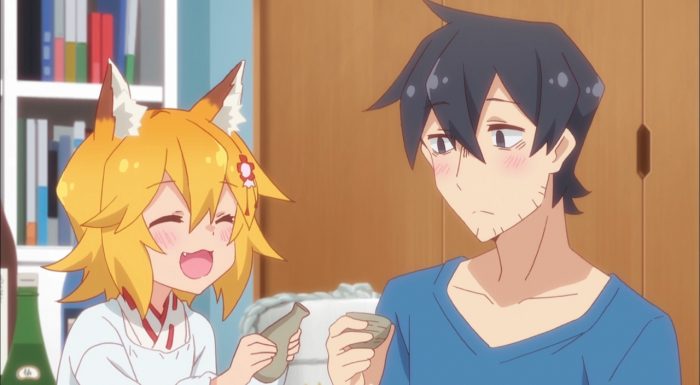 As expected we’re heading into the last couple episodes and the drama is picking up. While it isn’t entirely clear what Senko is thinking, we did need some sort of emotional drama near the end. I suppose it is possible she’s seriously just making a trip to the store and this turns into nothing. But one would think this is all about Nakano’s continued black aura and the stress that continues to exist in his life. Even within that there are numerous possibilities. It’s possible Senko is losing faith in her own ability to support Nakano since even after a year he’s still this weighed down. In that sense though he’d certainly be dead without Senko showing up when she did. But maybe she feels the need to return home to recharge her own positive energies in order to better take care of Nakano upon her return. 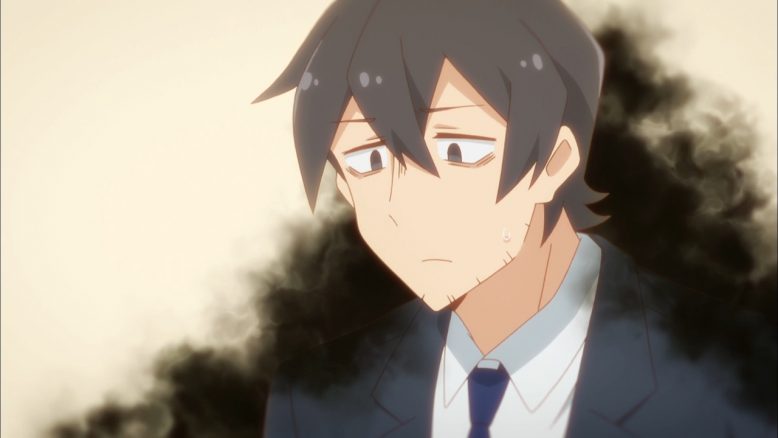 There’s no getting around that Nakano’s work situation is pretty horrendous. It may not be that surprising or unusual for those who work in Japan or in that industry in general. But just a nightmare that he’s left to work hard and then the rug is pulled out at the last minute. It is no wonder that he can’t be stress free in that environment. No matter how good his home life is right now, it can’t be fully carried over to work. This is a far bleaker work situation than what you’d see in a show like Kobayashi-san. Heck, we even see Nakano chewed out by his boss over paid time off. That part was a bit confusing though. Did he just have so many days off saved up that he was required to use them and that pissed off Nakano’s boss for some reason? 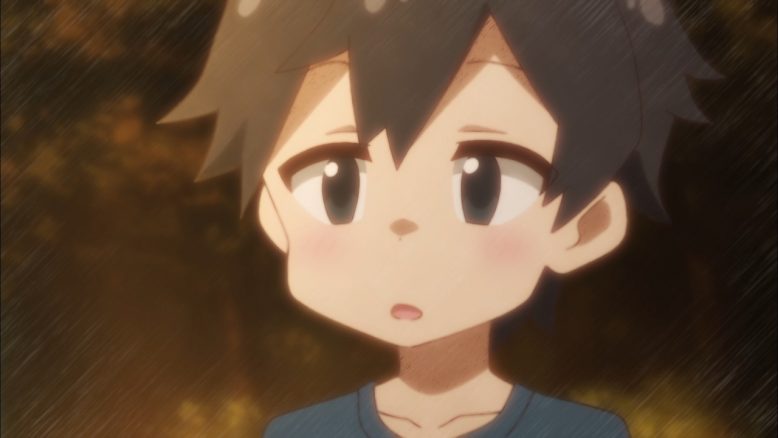 It is nice that Nakano got to go home for a bit. That it has been years since he went isn’t too shocking. His life looks rather exhausting right now and that’s with Senko around. I can imagine that before when he had any time off that he simply didn’t do anything. He probably just slept and that was it. With enough emotional support and a helpful push he has more ability and willingness to take that step of going home for a bit. I’m sure the state of his father going to the hospital was key. But I’m not sure he would have gone if Senko wasn’t around. Even his father needing a trip to the hospital wouldn’t have been enough with how worn out and exhausted Nakano has been.

I will admit for a moment that I did wonder if Nakano was right about his father’s situation being related to Sora’s warning. The possibility did seem to exist that having Senko around was warping his luck away from people around him…But it probably was just a warning that Senko might get disheartened and leave if Nakano’s negative situation didn’t start to resolve itself. That did seem to be the focus of this episode after all. 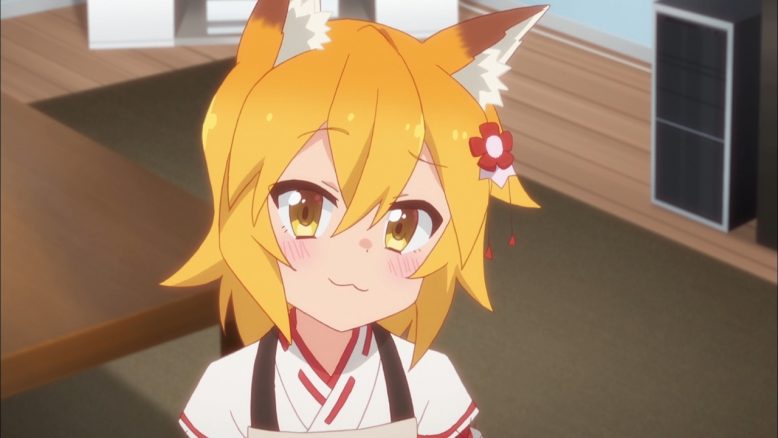 This was just a heavier episode overall. Nakano’s situation is clearly not fully resolved even after a year of Senko looking over him. Of course I still fully expect Senko to continue living with Nakano by the end of the final episode. It does leave me wondering though how they can deal with the bigger issues. Is Nakano just doomed to carry that negative aura forever? Is there any resolution to that without straight up changing his work environment? For now though I suppose the key is Nakano even finding out that Senko isn’t there. Right now he’s at his place and she left his phone behind. Whatever Senko is thinking and whatever she is up to, Nakano can’t do anything until he’s back home. Or I suppose until someone like Shiro or Sora show up to pick him up at that shrine. 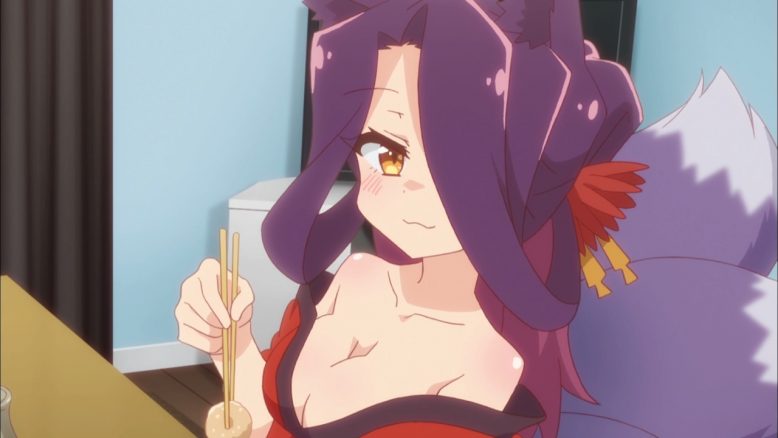 I enjoyed this one. There was a lot more to dig into than other episodes. The main issue of Nakano’s stress was there, we got to see those two get a bit drunk, and Nakano finally realized that he did meet Senko as a child. It is becoming clearer how Senko has always been around or watching over him. The connection she has to his ancestor has kept her as this guiding figure that has watched him his whole life. Now it is up to Nakano to deal with whatever is going on with Senko. And then make sure their happy lifestyle can continue.