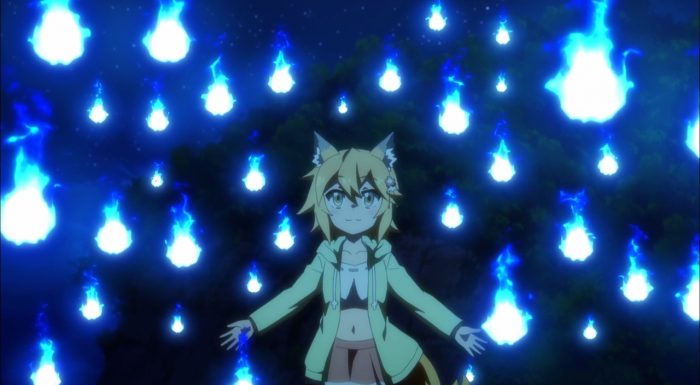 We made it to the beach episode this week. You could almost say they barely made it since Nakano’s job only believes in one day vacations. This is just another reminder that he has a really taxing job that seems intent on driving the workforce towards collapse. The sad thing for him is that it doesn’t even chain his vacation into a day off. He literally just goes back to work the next day. Thank goodness for Senko and Shiro being around to help let him make the most of each day despite the crazy work situation he has going on. Not many could just transport themselves through a magical gate to go on a great vacation. Now if only they could mess around with the passage of time to let him get a month’s worth of days off to take place in the span of one real day. 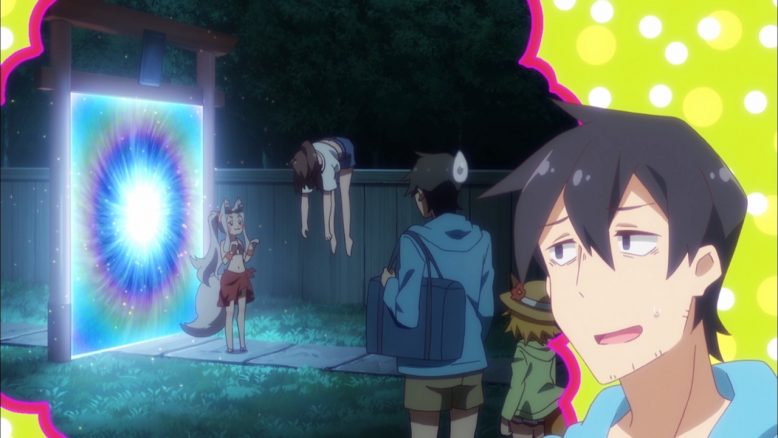 Also they are playing some silly games to keep Jasuko in the dark here. I’m not sure it would matter if they just let her know they were magical fox deities. Would that change much outside of a small “ehhhh” scene? Regardless the silliness continues onward with Shiro and company effectively kidnapping Koenji while she’s asleep. But hey I suppose it doesn’t bother her so why make a big deal of it? She’s the type who can be convinced that fox fire is a type of fireworks.

I will say that Shiro and Jasuko do fit nicely as a pair. She’s more than willing to give Shiro all the praise she desires and is able to frolic and have fun with her. And it is a win for Jasuko as well having a cute fox girl like Shiro around and get pulled along into this sort of vacation. Working herself to the bone warrants a fun break to keep her spirits high. And while both girls are relatively silly you still get to see the good qualities of both. Shiro while having a good laugh does make sure to retrieve Jasuko’s glasses so the fun can continue. They can laugh at each other and still keep smiles on their faces. Some people are less suited to having laughter directed their way and in that sense Shiro and Jasuko are a good fit. 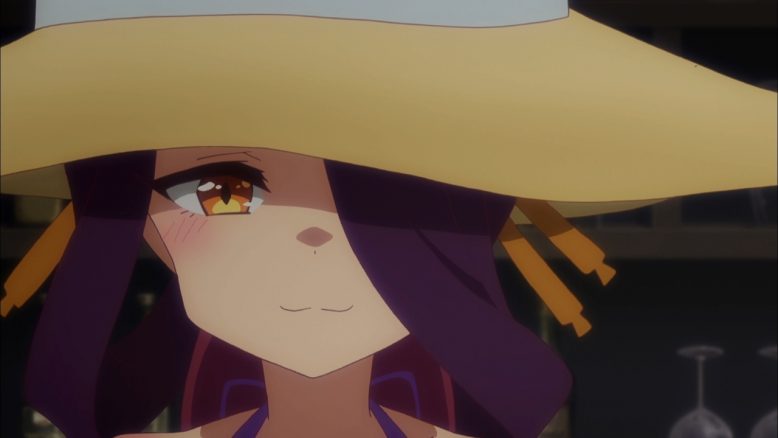 It was just a nice and fun episode with the group able to enjoy themselves on this mystical beach. We even got the third kitsune appearing in the show for a short time. She does seem more determined to stay in the background. It wouldn’t have been any issue to reveal that she was the same as Senko and Shiro. Not to mention she could have joined in the fun if she wanted. But perhaps she intentionally wants to keep some distance from Nakano sine she knows that this fun time is just a blip in time. She and the rest of the kitsune will continue to exist long after humans like Nakano pass away. Being kind and offering them some food before disappearing into the background isn’t a bad approach. She gets to see everyone enjoying themselves, but doesn’t necessarily get too attached. 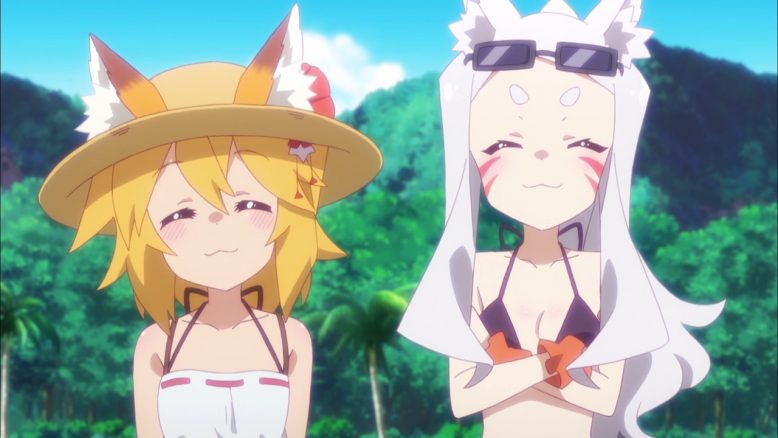 I tend to agree with Senko that enjoying the moment is key. Many probably can relate to Nakano as well though. When the fun times start to reach their end it is hard not to look ahead at the busy work coming right around the corner. But if you let that happen then the negative things even have the chance to ruin what fun you can have. I’m sure it is tough to think about tough times anyways when you have someone bright like Senko creating a mystical barrage of fox-fire in the area. For Senko and Nakano an end will eventually come. But best for them to enjoy the moment and live to the fullest. 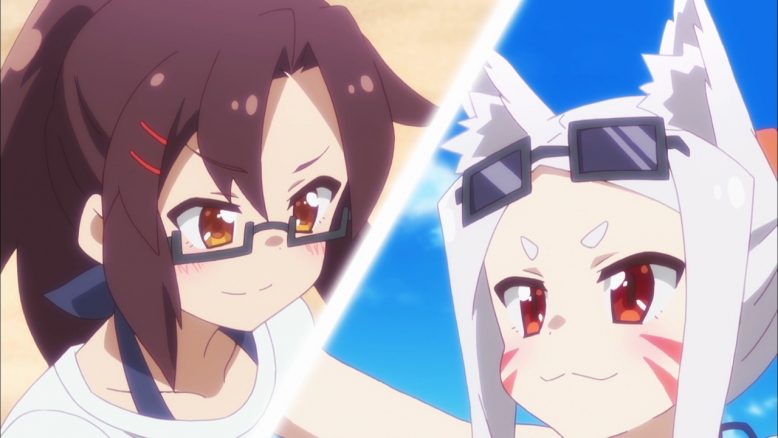 This show continues to keep me smiling. The volleyball game had some great laughs, the barbecue segment was fun, and fireworks to finish it off was pretty magical when the actual magic entered the picture. This episode did hint at the obvious of course. Senko is going to be there long after Nakano passes on. She can of course encounter a descendant of him much like she encountered Nakano himself. But that’s not quite going to be the same. Even Nakano isn’t identical in every way to his ancestor. But I’m sure he and Senko will enjoy their lives as much as they can.