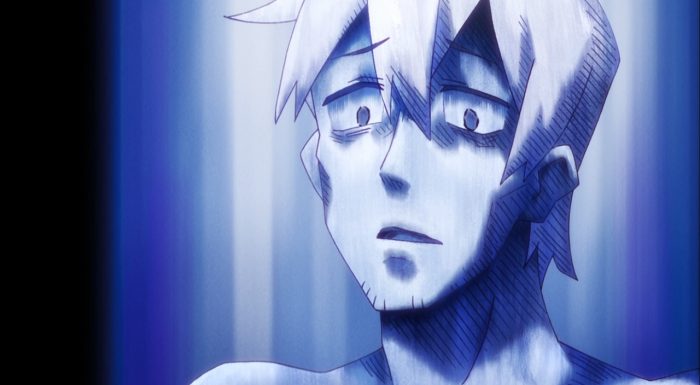 It is surprising that an episode where half of it was just the main characters taking a bath was so darn wholesome. A factor in the show’s favor is probably just the comedic breaks. Instead of getting caught up in too much fanservice or romantic hijinks you just have Nakano shutting down over the sight of Senko’s tail deflated and wet. In a sense that whole bathroom scene is just this show doing what it does best. We get to see two characters just spend some time together and continue to grow closer in the process. Outside of losing it over her tail getting wet it really is a rather peaceful scene. Just having other people around can be incredible comforting and rewarding. It is much easier to shake off the weight of the tougher parts of life when you’ve got the proper support. 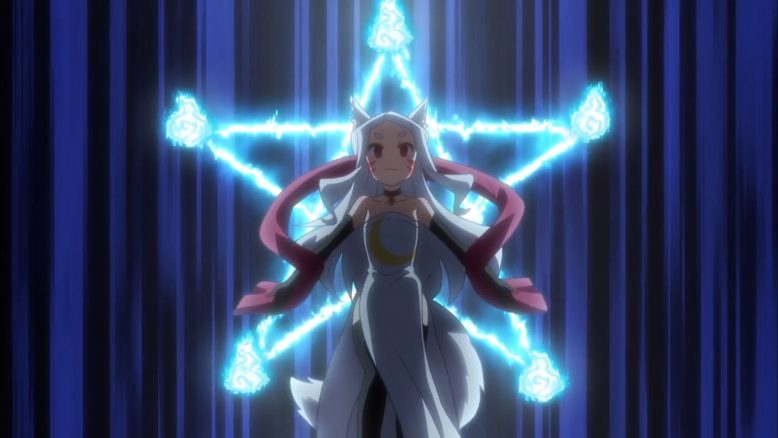 Of course the show also introduced us more fully to Shiro in this episode. In a sense she has a far different way to pampering than say Senko. Senko is all about doing whatever she can to support someone. While Shiro is really more about having someone pamper her. And while it seems a bit counter-intuitive, it does kind of work. Someone ends up pampering Shiro and that makes her happy. The sight of Shiro happy then makes the person pampering her feel happy. She may be an overly confident individual, but she is definitely expressive when enjoying herself. I do think Senko’s approach is far more helpful for Nakano though. He’s unbelievably exhausted after each day and I don’t think he could realistically pamper Shiro that much if he didn’t already have Senko around to take care of him. 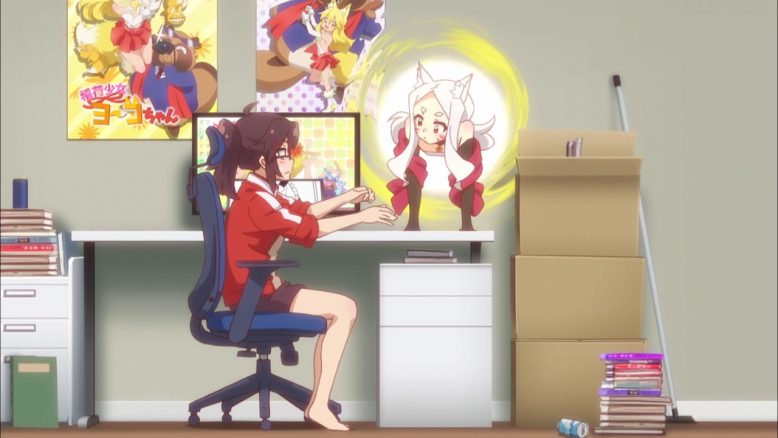 Not that we’re likely to see Shiro around too much after this one XD. Shiro definitely self-destructed there when she unleashed his desires. And of course his desires are relatively wholesome. There are a ton of things people can desire and crazy stuff could happen if those desires were just unleashed without restraint. But for Nakano it really was as simple as wanting to touch and hug fluffy tails! That’s just his thing. It really shows how ridiculous his desires for fluffy tails are though that it forced Shiro into a literal retreat. Her magical powers got her into that mess and they got her right back out of them.

It also sets up a first encounter with Shiro and the neighbor. That poor woman was utterly exhausted herself and suddenly this fox girl just floats through her wall and then leaves through the front door. There was barely enough time to react. Of course she just decides to go to sleep after that. I’m curious to see more of these two together whenever Shiro appears next. It might be interesting having a neighbor that doesn’t just believe Senko is cosplaying. They may play up that angle if she does end up meeting Shiro again though. Either way I still love the casual use of magic and supernatural abilities from Shiro and Senko. They’ve got them so why not use them where and when they need to? 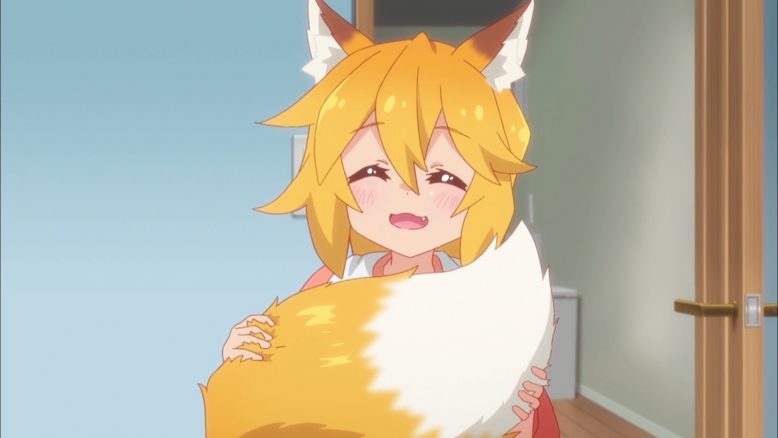 In a sense there isn’t that much to say about the episode. You can see how comfortable Nakano is becoming with his current situation. He can now leave work with a bit more lightness in his steps because he knows a warm meal, a fluffy tail, and a kind soul is waiting for him. Before this point it wasn’t likely he could leave work with a smile on his face. Most likely it was just a grimace knowing he was just hours away from coming right back. She really has kept him from drowning in so many ways. I’m looking forward to the remainder of the show and more heartwarming moments with these two.