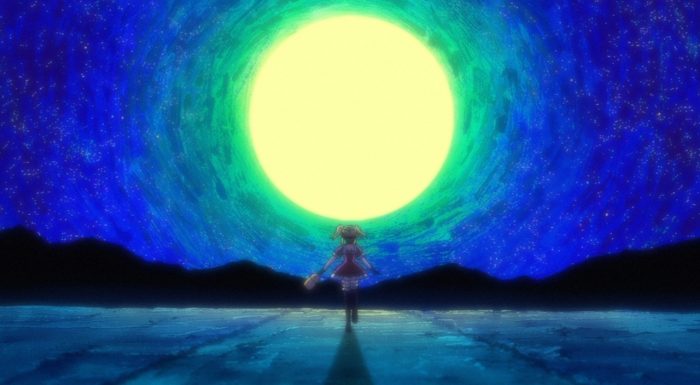 It would be pretty normal for this show to say there was some good elements that I liked and some really weird stuff. This show makes it interesting to try and build an opinion about it since it can go to very different extremes. I did honestly enjoy how Masaru dealt with his immediate problem in Faceless and the huge play made by Colombine. She deserves some serious credit for stepping up and doing what she could to keep Masaru alive during his somewhat suicidal efforts to escape from Faceless. Out of all the main characters in the show, this time she was the most heroic of them all. 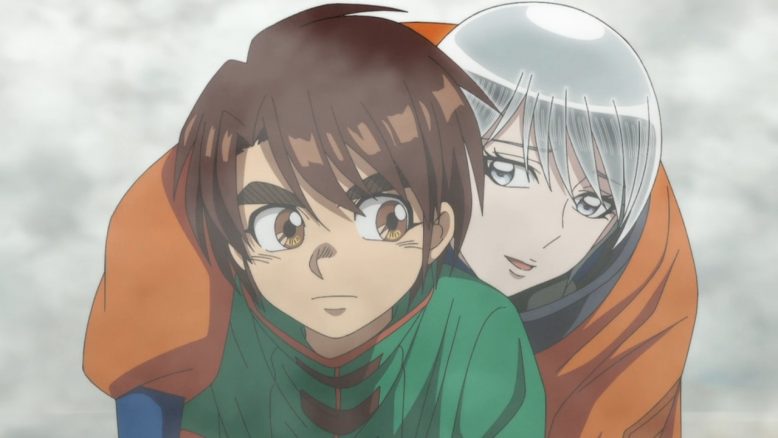 Shirogane is reduced to luggage

I’m just going to start with the creepy since that stuck with me. What was up with Masaru refusing to fix Shirogane’s joints? Did that just creep the heck out of anyone else? He wanted to keep her broken so he could be her protector? I’ve never dislocated all my joints in my arms and legs so I can’t relate. But I can’t imagine that is particularly comfortable. For the love of all that is good…fix the joints already! We get it Masaru. You’ve grown and matured over time. It’s possible for you to take on villains and be effective. But come on; stop being weird and let one of the main characters of this show use their limbs!

Maybe it is the cynic in me, but I’m with Shirogane in not loving how this show has used her. The show has either dropped her from the story or turned her into a damsel in distress. That’s really too bad for her. I really thought going in that it would be the tale of Narumi and Shirogane looking out for Masaru as he grows strong enough to help them out on occasion. Instead Shirogane hasn’t gotten the chance to do very much. I get it helps Masaru’s growth, but it seems rather unbalanced by the show. But hey, at least she gets literally dropped into Narumi’s arms. Maybe something interesting will be done with her in the remaining episodes. 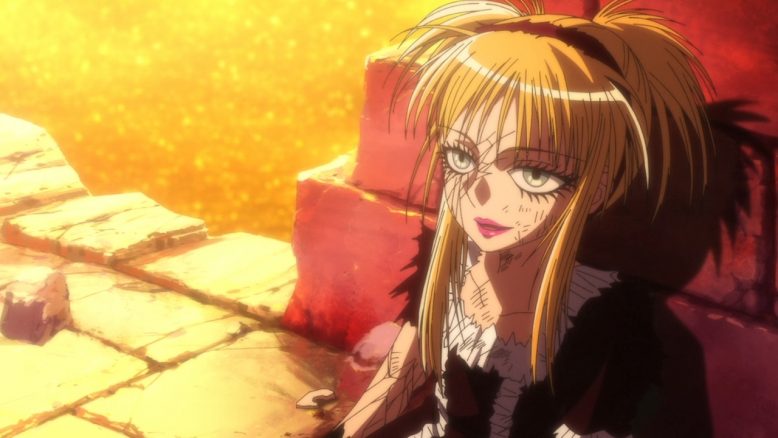 The hero of the episode

Let us get back to the actual good stuff though. I give full points to Colombine for stepping up in a big way. You can only laugh at Faceless’ resentment to her though. Maybe you shouldn’t have rebuilt her and then mocked her if you didn’t want this sort of thing to happen. She did the best she could. Also it did kind of surprise me that she actually dies. It felt as if they were basically giving Masaru a ship since obviously Shirogane is going to end up with Narumi here. Instead she straight up dies. She gave everything to whatever humanity was growing inside of her and kept Masaru alive. The whole time she was locked into the idea that he loved Shirogane and maybe that is the case. But in the end he was prepared to leave Shirogane to others and go out looking for her. 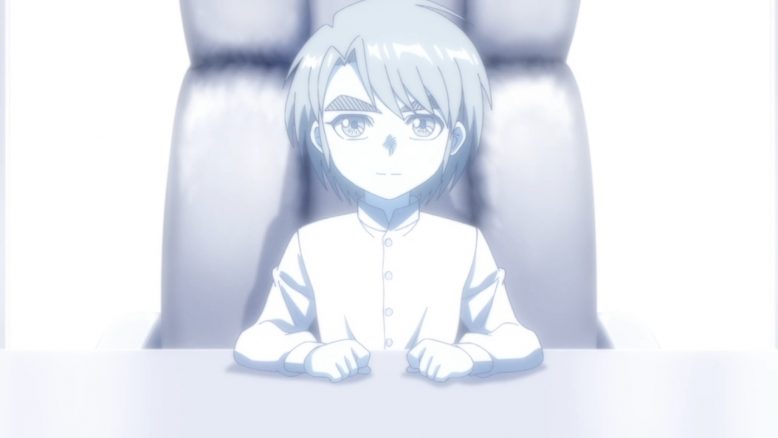 And despite Masaru creeping me out at points, he did step up in this episode. I’m not entirely sure that his theory about the Aqua Vitae booting out Faceless like a virus works that well. But it clearly did the job. Be kind of funny if it wasn’t the Aqua Vitae and it just was a sort of mental battle situation. Faceless believed what Masaru was saying and thus lost the battle of wills and thus Masaru’s mind gave him the boot. He did put up a good effort there to fight off Faceless and try to save Shirogane. Of course his saving her would have gotten them both killed without Colombine stepping in. Heck why not just go into space and settle the fight on the space station? Is it worth jumping out of a rocket just to get away from this guy? Still, he got his mission accomplished. 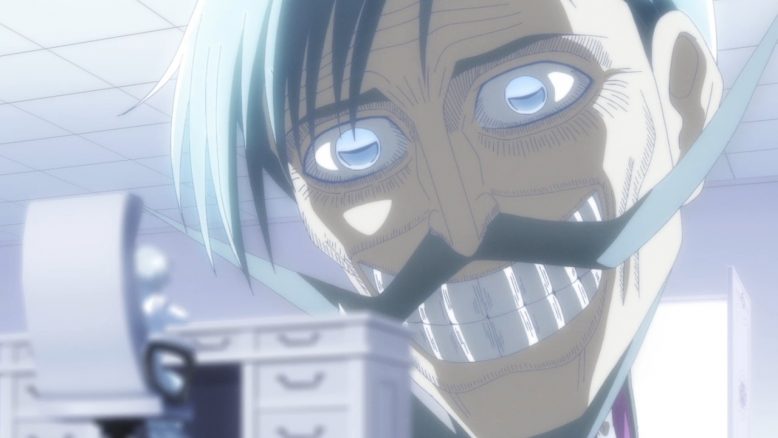 This episode was rather weird. You had the odd imagery within Masaru’s mind to start off. Now that isn’t the first creepy face we’ve seen in this show, but it always catches my eye whenever the show does bring one out. Someone was having fun just coming up with weird facial imagery within Masaru’s mind. It’s just a small part of the episode, but it does stick with you.

Now we’ve got to see where things go from here. Good chance that Faceless creates some space station death weapon that requires everyone to go up to fight him. Or he just jumps off the rocket XD. Narumi is certainly going to go after him regardless. There is still story to tell, but we’re closing in on the end. At least the main cast will have some time to catch their breath before we jump into the truly final conflicts.