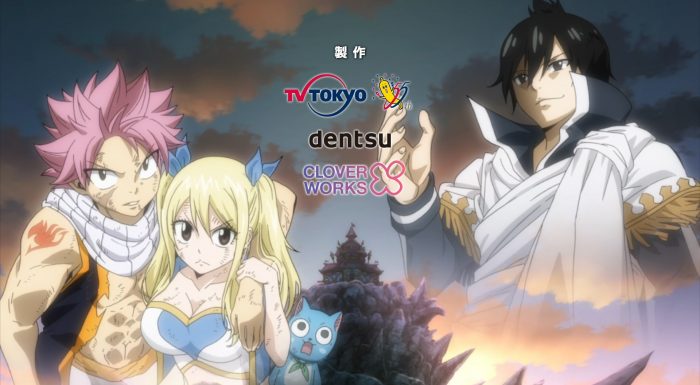 Just what IS this show doing exactly? I have no clue or even the remotest of ideas. There’s something just off about Fairy Tail’s Final Season, and its not just adaptation choices. This final arc of the story feels messy, unrefined and frankly broken. Fairy Tail has never had the most intricate of logic, but the suspension of disbelief can only go so far. If a show continues to show its audience something, and then proceeds to undo or reset everything back to zero soon after, then its inviting disdain and anger. 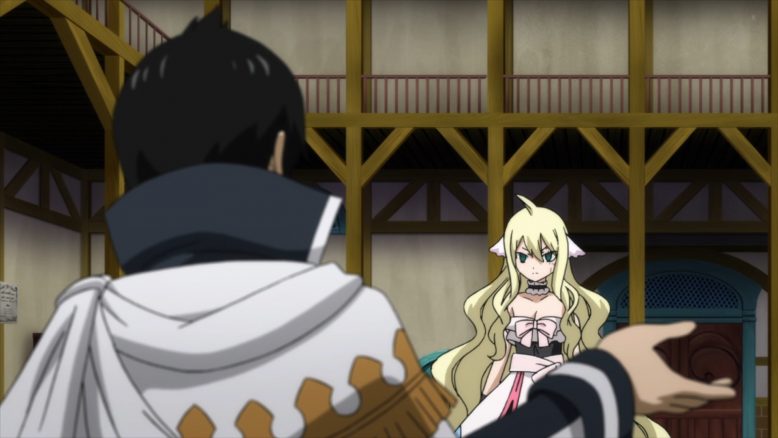 The Final Season did this once before, when we had Gray seemingly get moved over to the dark side, only for the show to just flat out reset the whole idea. I wasn’t a huge fan of that particular move, but what we got this week definitely went a step farther.

It makes sense now, why Gajeel’s big death scene was glossed over, just as it makes sense on how Natsu and Zeref’s big battle was more or less a joke… Simply put, Gajeel wasn’t going to die, and we had a frigging magic spell not only reset the board quite literally, but also save previously dead people? What? 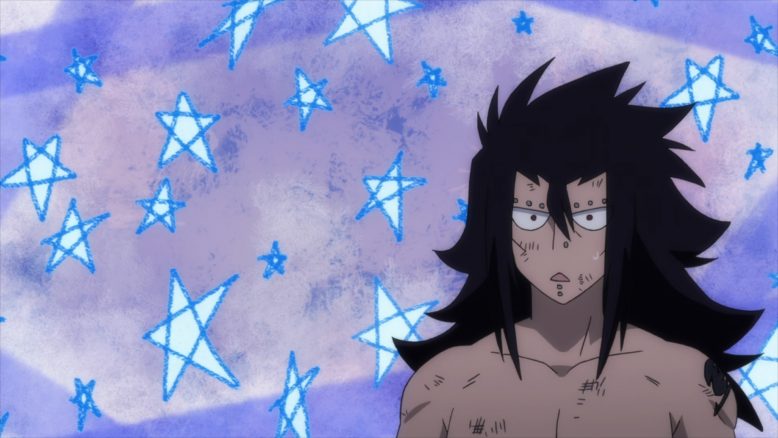 Look, it would’ve been one thing if we hadn’t seen Gajeel die BEFORE the magic even kicked off. We did though, so the show’s logic of “The magic was activated before you died and thus saved you” just doesn’t work. Not only does it not work, but it actively spits on the good stuff that we DID get last week.

I wanted and want more than anyone, for Gajeel to live and be with Levi but it has to at the very least friggin make sense. If actions and moments don’t have consequences then everything feels meaningless in a story.  By undoing Natsu’s big attack on Zeref first, and then now also giving Gajeel an extra life with little to no consistent logic, the show is pretty much killing any stakes or emotional pay off here. 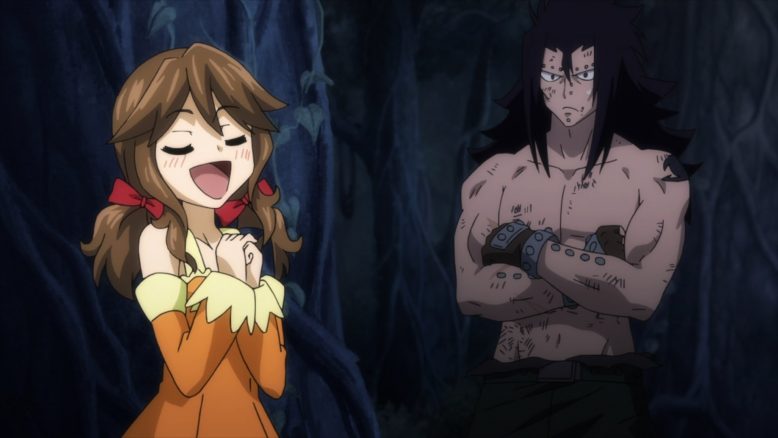 We now KNOW that Fairy Tail is going to ultimately win, regardless of whether it’ll be earned or make any sense. That sucks, because now whenever I see a character do a dramatic finish or die, I won’t feel anything because the show will just move to undo it a few moments later. How far did this reset magic go? Did Shelia also get her magic back? I mean… We got Zera back, so anything is possible.

And yes, I get that Zera coming back is really cool and awesome. I liked that, but by itself can’t help this episode feel even remotely okay. Zera coming back makes about as much sense as Gajeel coming back, so I guess its only fitting that we see the two of them side by side. 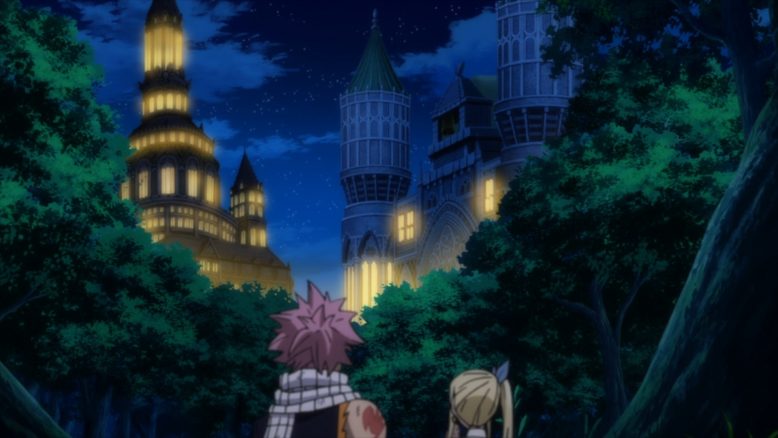 And don’t even get me started on the whole “Fiore’s land is rearranged and different”. Why exactly? What was the point of doing that at all? I mean, we could’ve just gotten the teleport magic and had everyone appear in different areas, and that would’ve been fine. And I suppose we shouldn’t even think about how certain characters ended up with certain other characters.

Unfortunately this all smells rather bad, and its sad that this late into the game, we’re getting ass pulls like this from a show that only occasionally used to do them. I can’t find myself caring for Irene’s big battle with Mira (mostly because Mira doesn’t seem like she has a ghost of a chance), and I’m beyond annoyed that previously defeated enemies like Ajeel are just back again. 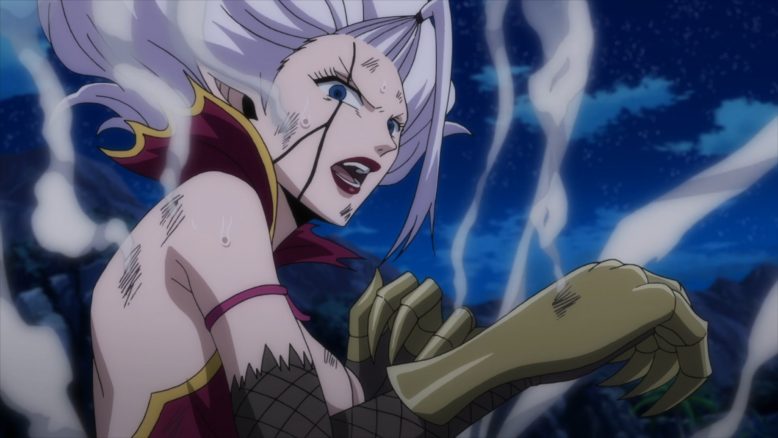 What then, was the point of the first phase of the story again? Erza nearly exhausting herself, and what not? Why are we basically back at Square one again? Was there even a point to any of the stuff we’ve seen thus far?

It certainly doesn’t seem like it. At this point even the new OP/ED theme can’t really get me excited for what’s going down here. I’m almost wondering if the story and this show is a bit too long, and if we could’ve just cut the fluff and jumped straight into the battle between Natsu, Zeref and Acnologia. After 26 episodes the show is basically back to where it was when this final arc started, and I’m not entirely sure what to say to that. 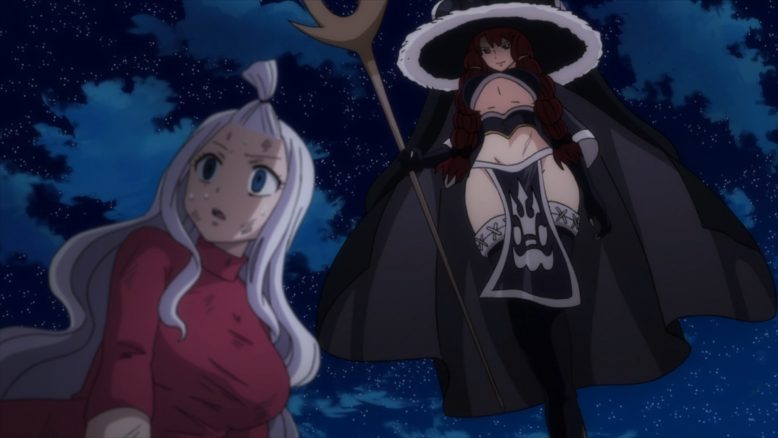 Its insane, its insulting and its hard to swallow. I’m not entirely sure where Fairy Tail and Mashima-sensei are going with this, but my interest, my hype and even my respect for both are starting to become dangerously low. There’s only so much any viewer can take before they just are done with things.

I had mentioned earlier that I was thinking of reading the manga, but if this is what I’m in for, then I’m not entirely too motivated to bother. What hurts is that I’ve defended Fairy Tail against many nay sayers for years, and quite honestly, I hate to say it, but I’m being proven wrong here. The people who dropped Fairy Tail for its broken logic may have very well been right, even if it took the show until its last arc to really focus in. 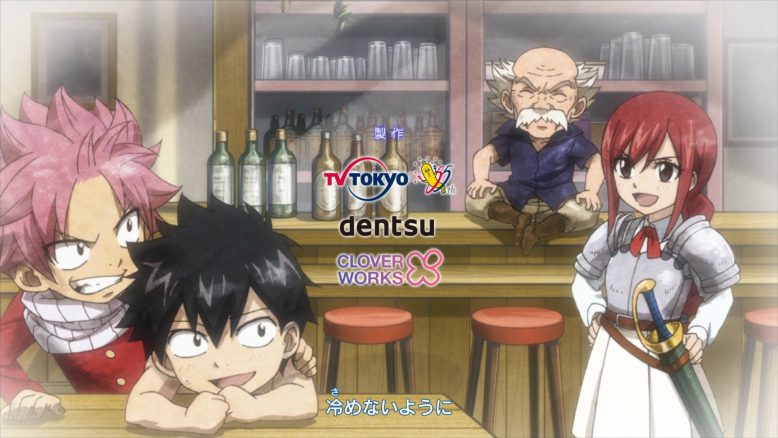 All I can say is, that I’m disappointed in this show and franchise. I never thought I’d see something from another franchise that would disappoint me as much as To Aru Majutsu no Index III, but I guess there’s always room at the bottom. Sigh….