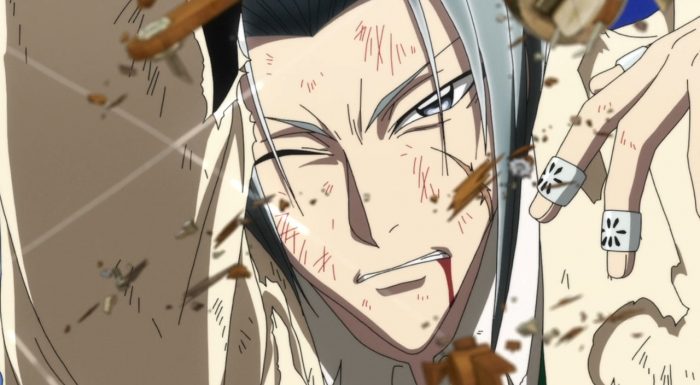 This was honestly one of the more enjoyable episodes in the last while. The music seemed to rise from the grave and worked well with the action scenes we got. That Narumi was using his head and fighting with all he had helped as well. For better or worse Narumi just gets all the juicy action bits and when he’s not fighting things just aren’t as interesting. If we’re basically going to turn him into Robocop then I’m glad the action is reflecting that. He’s lost all his human limbs, so let’s go all out on the ridiculous stuff. We already saw the crazy stuff he could do when he beat Pantalone and his allies earlier in the show. So might as well just go crazy with his powers at this point in the series. 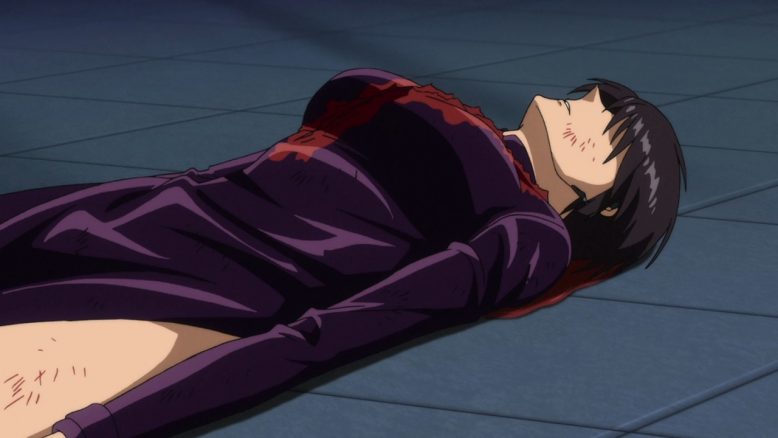 I did actually enjoy this episode so I don’t want to poke at it much. But I’ve got to at least raise one point. At this stage I really don’t understand what human beings can survive in this series. Heck, I’m not even sure about the shirogane either. George dies from decent wounds. I’m not shocked he’s dead. But Guy takes way more damage and he’s perfectly fine. It feels like story importance is all that can determine your survival rate. It isn’t too crazy that the scientists survive, but honestly I would have expected their deaths too.

Oh boy…Mingxia. How the heck is she not dead? Are a few drops of Aqua Vitae enough to make a person immortal? That shouldn’t matter with injuries so severe that most of her blood should be outside her body now. She’s got better survival abilities than actual shirogane. I know Narumi lost basically all his limbs, but does he know how arms work? You can’t just tie a severed limb on and that’ll be fine. I don’t care what Aqua Vitae does, there is no way in hell that just reattaches bone and flesh because you press them together. I know it isn’t as cool if a female character loses an arm. But if you aren’t ready to go there then don’t have her lose it in the first place. 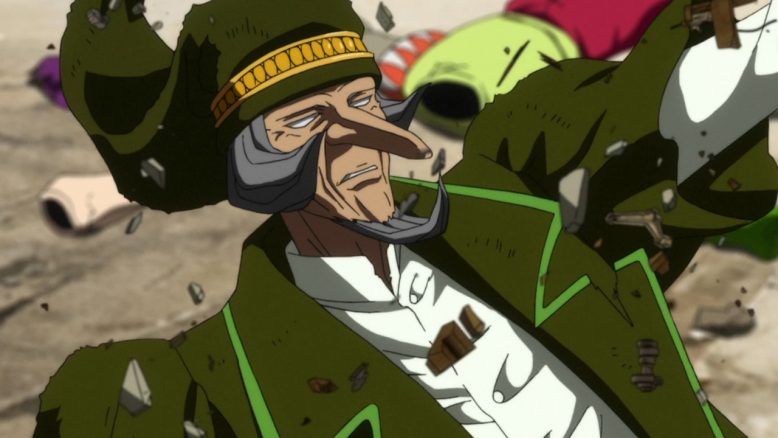 So we are moving ahead and letting Pantalone have his character arc continue. And through helping to jump start that character arc we finally have something for Ashihana to contribute XD. It will be interesting to see where this all ends up going. Pantalone started just playing the role he was given by Francine. It was a role from early Italian theater, the Commedia dell’arte (comedy of the profession), as the greedy, foolish, and meddlesome old man of the performance. It makes sense that ‘Faceless’ would make him like that since the whole point of making more automata was for Francine to laugh and smile. But only after this much time has passed has Pantalone really begun to grow and define his own character. And now he may end up working together with the main cast to save Shirogane. 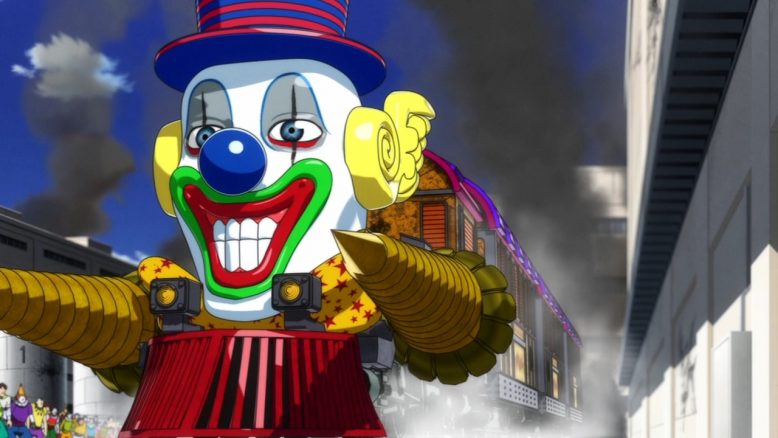 At least they did appear ready to move a gigantic machine like that. Not sure I saw the drilling train showing up, but that worked. And the story can move back towards Masaru and his mission. Although I’m sure it won’t take long for Narumi to get involved in that as well. Mostly since I’m still not sure the creator of this story understands how geography works XD. Not sure why it has taken effectively days for Masaru to chase down that flying fortress, but he’s finally gotten there. Not that there is a chance that they can actually rescue her. Even if Masaru has brought more than just that flying puppet with him (which I’m not sure he did), there’s just too much in the way. He’s more or less just delivering the body Faceless wants to him. Be nice to see a surprise though. 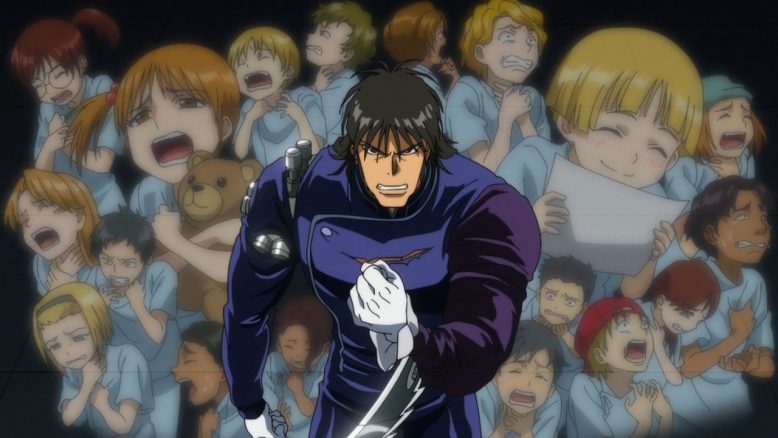 This was a pretty fun episode overall. I did enjoy the action and seeing Narumi face someone who actually posed a challenge for him. Since he got these new limbs he’s effectively been an unstoppable force. He can’t win without at least making the most out of the tools he’s gotten. It will be curious to see how he interacts with Shirogane whenever they meet again. After all the last time they did meet…he tried to murder her. I’m not sure what he’s actually gone through or any material that might have been skipped in this adaptation. But at least he doesn’t seem angry at her right now. It’s good to see that since honestly her rescue is going to be way more difficult than this series of fights. And I still hope she can try to rescue herself a bit.