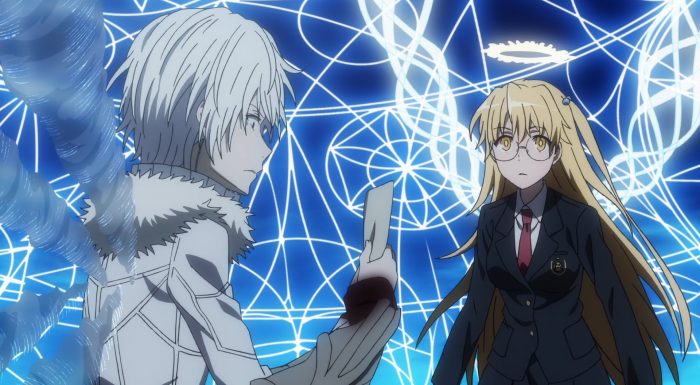 As Index III heads into its final few episodes, things are getting remarkably… Mundane, to say the least. While there’s certainly some progression in the plot and story, and even some moments that can be considered “important”, the excitement or even general interest is pretty absent from my end. A lot of that can be attributed to this adaptation’s bad decisions finally catching up to it in the most extreme way, but some of the other problems are a bit more foundational than just that. 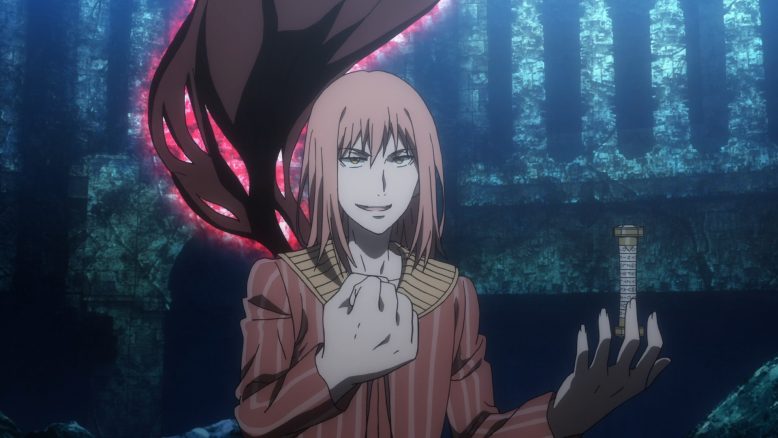 As is often the case with the magical side in this season, whatever Fiamma is doing here is overly complex and extremely hard to follow. The whole talk about Archangels, about the four elements being readjusted and the Star of Tsalem is all just going over my head. And here’s the thing. I enjoy complexity in my entertainment. I’m the guy who loved stuff like the second Matrix movie, or stuff like Sagarada Reset. Overly wordy, jargon based stuff doesn’t bother me, and complexity is something I can generally wrap my head around. Fiamma’s plot to “achieve real power” as he puts it, is just too hard for me to accurately understand.

I get the gist of it, in a way that makes me feel like a simpleton. “Fiamma bad, using Arch Angels to attack the world, Touma, Accelerator, Kazakiri and Acqua good”. “Acqua using some weird magic to basically absorb the water element that the Archangel feeds on, good”. 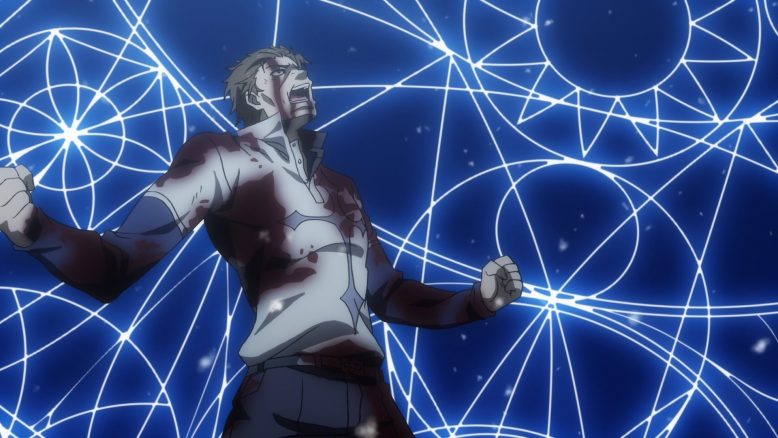 Its sad that a story as interesting and well thought out as To Aru Majutsu no Index, has to be reduced to that at this late point in its story. This episode, should have, for all intents and purposes been a solid one. We get Accelerator and Kazakiri working together, as artificial angel like beings against an Archangel, we get Accqua making his glorious last stand, having learned from his earlier mistakes. Heck, even Hamazura comes in and gives Accqua a Touma-style pep talk that forces the guy to try to live.

Yet, for me, none of that was all too exciting or interesting. In some version of Index III, where Accqua was properly developed, he would’ve had an awesome redemption story like some of the franchise’s best. Accqua, unfortunately, was really given the short end of the stick in this adaptation, and thus anything that he’s involved in or a part of, isn’t altogether too interesting to me. 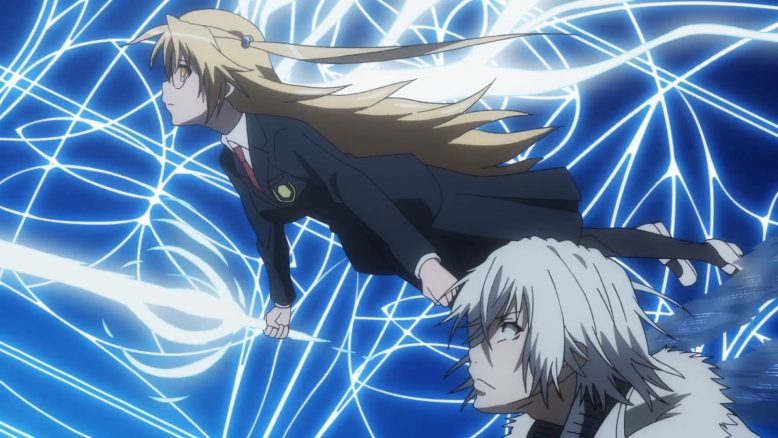 As for Accelerator? Well, I think he himself puts it best; He feels horribly out of place here. Look, Accelerator finally taking on the magic side of the Raildex verse is pretty darn awesome, its something that has been the real draw of this final arc. Yet, the way the story handles it is more along the lines of “Accelerator has no idea what’s going on, but he says screw it and is just doing what he can to accomplish his own goals”.

That kind of thinking works for a character like Touma, who’s more about doing his best and rushing into things. Accelerator, however, is different, and I was looking forward to the guy coming to grips with analyzing the concept of magic itself. Yet that whole part of this story is more or less ignored, and Accelerator is more or less relegated to a side role in this conflict against Fiamma. 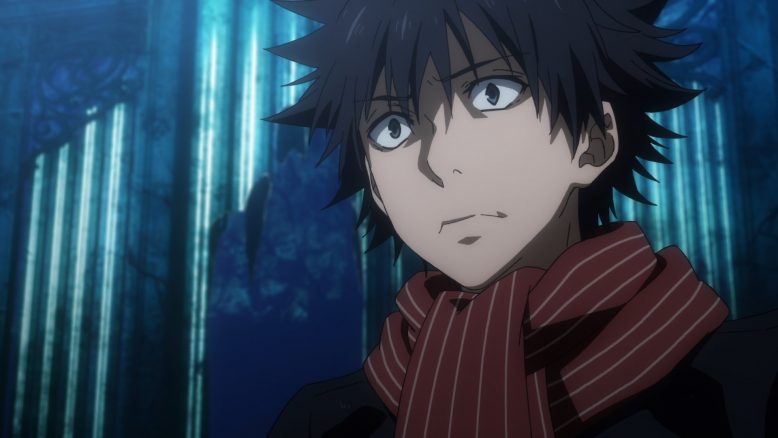 As for Touma? Well, he just goes around and uses his right hand on some parts of the fortress, and then succeeds in disrupting Fiamma’s plans. Again, weird stuff that I feel has been grossly simplified in order to make this story all fit. In the end Touma, Accelerator, Kazakiri and Accuqa’s efforts are more of a minor inconvenience, than a true deterrent to Fiamma’s ultimate plan, which kinda makes the whole episode feel pointless.

Which, I think is unfortunate, because what I was expecting was all these characters coming together to stop Fiamma in one big grand battle. Index III, however, seems to be going in the direction of keeping all these characters separate, and having their actions link to one another as a whole. I suppose that works. Its not the best or most exciting idea, but I guess the story is what it is. 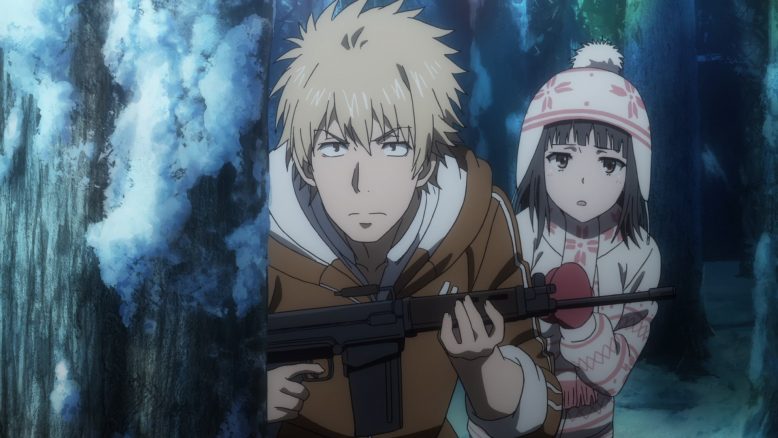 Its just kinda disappointing to see stand out characters like Misaka Mikoto and Hamazura being relegated to what seems like the C-plot, while Accelerator sticks to the B-plot, and Touma the A-plot. Yes they all connect, but there’s a clear hierarchy of importance here, which I don’t think should be the case in a cross over arc like this one.

Ah well… 3 more episodes to go. I suppose we’ll have to see now what happens once Touma takes out Fiamma, and how each of these separate stories actually resolve. There’s Touma and Index’s whole relationship, there’s Accelerator, Last Order and Misaka W, there’s Hamazura, and I’m not entirely sure if Misaka Mikoto’s efforts are even going to be acknowledged in this arc, beyond her just serving as a cameo for the after credits scenes in this show. 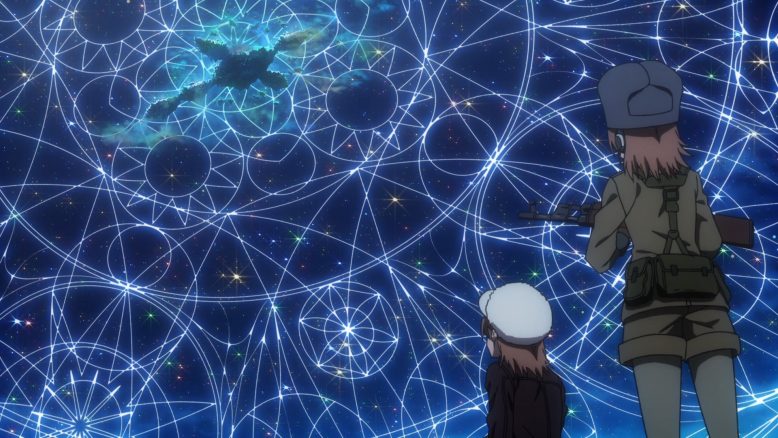 Index III may very well have peaked in the Accelerator centric episode a few weeks ago, and if that’s the case, then I guess we just have to get through these episodes and await a potential new season of Index that covers the new Testament story. For long time Index anime only fans like myself, that will continue to sting, as we head towards the conclusion of this show.