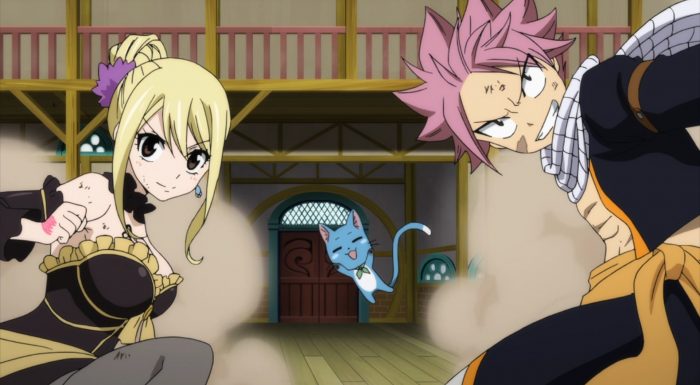 Never have I seen a show get in its own way as much as Fairy Tail’s Final Season. The show, even when it has good and impressive moments, tends to mar said moments by either pairing them with completely dissonant stuff, or just flat out not giving these moments their time to breathe and sink in. Fairy Tail’s 299th episode, one episode short of 300, is quite a bit of a misfire, as it starts out incredibly strong, and then proceeds to ruin its own splendid moments with some extremely poor, distasteful and frankly bad comedy. 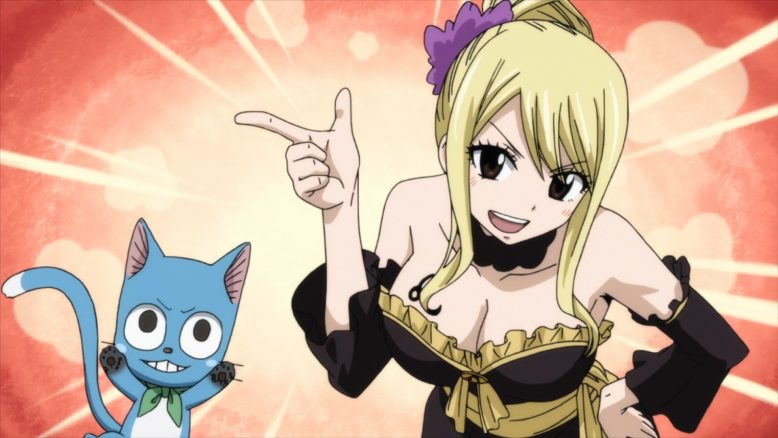 The comedy in Fairy Tail has really been hit or miss since the show’s inception. It used to work a lot more when the show first started, but as its gone on, the crassness has definitely been toned up, and the humor itself less so. Yes, I get that comedy is a very subjective thing, and so I recognize that there probably are people that do like the funny bits in this episode. But that’s kind of irrelevant, because whether the comedy bits themselves work or not, their placement is just poor and ill conceived.

I’ve said it before, but one of the big issues that I see repeatedly  in this final season is that it just doesn’t feel “final” enough. I keep comparing this arc to the Tartaros arc, and a big reason for that is because tonal dissonance was just not a thing in that arc. The arc was dark, serious and grave, and it wasn’t even the final story. This arc, which has Natsu and the rest taking on what will ultimately be their final big challenge, feels like just another random stupid arc. It feels like one of those filler joke arcs that the franchise would throw in as a breather in between the more important, serious arcs. 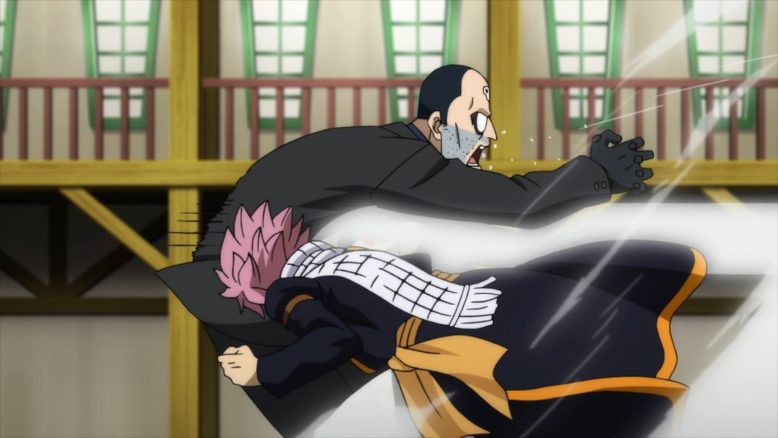 I’m not entirely sure who’s to blame here, but I think a part of the blame has to fall on the anime production staff, especially the director and scenario writer for the series. The choice to pair Shelia’s big moment and sacrifice with Natsu and that whole stupid naked Lucy joke, has got to be one of the most odd choices I’ve seen from this franchise yet. Its almost like the people behind the show didn’t realize that the highlight moment this week was Shelia and Wendy’s big fight, and NOT Natsu coming back.

Yet, the episode is titled “Natsu Revived”, which honestly, is the least important or impactful part of the episode. No, the impressive thing here, which the episode smartly starts off with, is Shelia and Wendy defeating Dimitiria. Shelia sacrificing her ability to EVER wield magic for Wendy? That’s intense. Its impressive, its emotional and above all it shows the strength of the character in a way that I don’t think the show really ever has before. 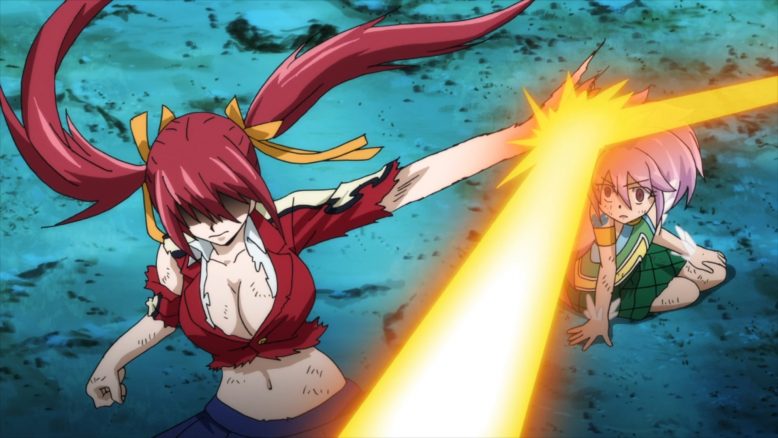 Shelia’s always been a bit of a side character, and her friendship with Wendy until this final season, felt like a bit of a misnomer for me. Yes the show presented it fine, but it really never sold me on how much Shelia really cared for her friend. But, her giving up her magic, all in order to let Wendy keep hers? That was amazingly brave and a sacrifice that I don’t think many characters on this show COULD have done.

Shelia joins the ranks of Laxus or Aquarius in how she really does throw herself under the bus for the common good, and her friends. Its a powerful moment, and even though Dimitiria is vanquished, alongside Cronos, it comes at a grave cost. Wendy crying as the crisis is averted, is powerful stuff, and even Ultear’s little comments about the two girls are heartwarming, as both She and Shelia basically retire for good. 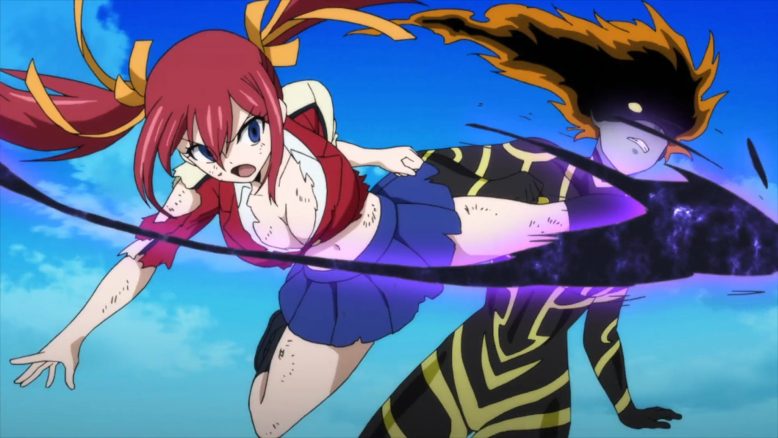 Heck, even the animation is pretty darn impressive, with Shelia’s attacks and strikes feeling like the good old days of Fairy Tail awesome action that we haven’t really seen much of in this final season. But the issue, and its a big one, isn’t the fight itself, but rather the quick way in which the show just heads on forward, without giving too much thought or fanfare.

I’ve lamented on how the show’s pacing feels off this season, and I really do believe that this is one of those episodes where there’s just too much content. I would’ve prefered to have gotten a longer fight between Dimitiria and Shelia, rather than the 8 or so minutes the show actually gave us for everything regarding Shelia and Dimitiria. Heck, that includes the Openning Credits, the talk about who should use Third Origin, the fight and the wrap up. 8 minutes, for what should be a highlight, spotlight moment for these characters and the story as a whole. 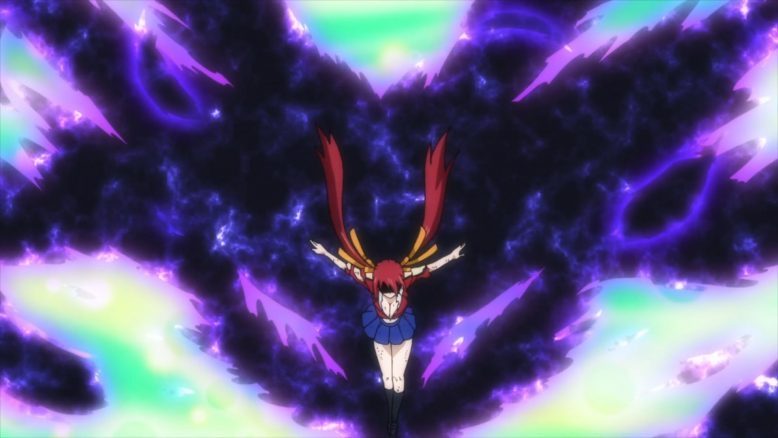 It feels like such a bad decision to wrap this all up so quickly, and not give the whole thing its due this week. I mean, we even have flashback scenes INSIDE this 8 minute segment, so that shows you how little the show focuses on this big sacrifice. That’s just insane to me, and it goes beyond just not wanting to spend money animating the fight. It just feels like whoever adapted these scenes, didn’t care for them. There’s a lack of care for the source material, for trying to respect it, let alone even daring to elevate it.

Its frankly, just disappointing, and its something that you don’t expect from a franchise that’s about to hit 300 episodes. Now, before we move on to what came after, and took up the majority of the episode, I do want to focus on what felt missing in this battle that Wendy and Shelia partook in. While Shelia’s big sacrifice definitely stole the show, what’s sad is that she had to use it on such an uninspiring and shallow villain. Dimitiria was just bland. She was overpowered, but we barely got anything on her beyond her tribe’s background, and some weird stuff that she had with Brandish. 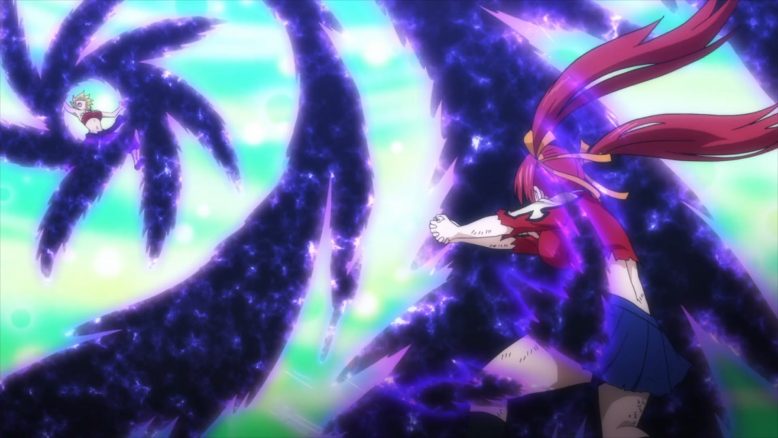 Dimitiria didn’t feel threatening. She didn’t feel powerful. She just felt bland and uninteresting, and so to have Shelia basically give up everything to vanquish HER, felt kinda bad. I mean, I’m all for characters sacrificing themselves to take down a big foe. We’ve seen Mashima-sensei and the animated adaptations of his work pull it off before. Maard Geer and the Celestial King squaring off after Aquarius’s key is broken? That is the stuff of legends. Why, then, did we not get something and someone similar here?

It just feels kind of lazy to have Dimitiria come in, have the power of time at her disposal, and then basically be taken out by Shelia sacrificing her magic. Once again, the core idea here is exceedingly well thought out, but the execution, the details, are glossed over. Which, again, is a darn shame because the whole Shelia and Wendy friendship was something that Mashima-sensei has developed throughout his story. 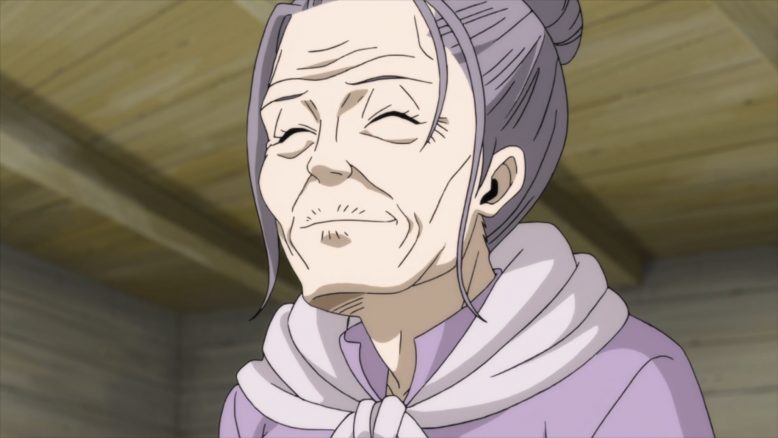 Now… With a mountain of complaints about the GOOD stuff of the episode said, lets move on to the actually bad stuff. I won’t spend too much time harping on Natsu’s recovery, or Jacob Lessio, other than it all didn’t really work for me.

Jacob Lessio has got to be the lamest antagonist we’ve seen from Fairy Tail yet. His powers are fine, but the fact that his big idea was to make Lucy’s clothes invisible, and then also be ashamed of it? What the heck? Look, I’ve given Fairy Tail flack for how out of place the fanservice has been lately, but this was on another level of distasteful. 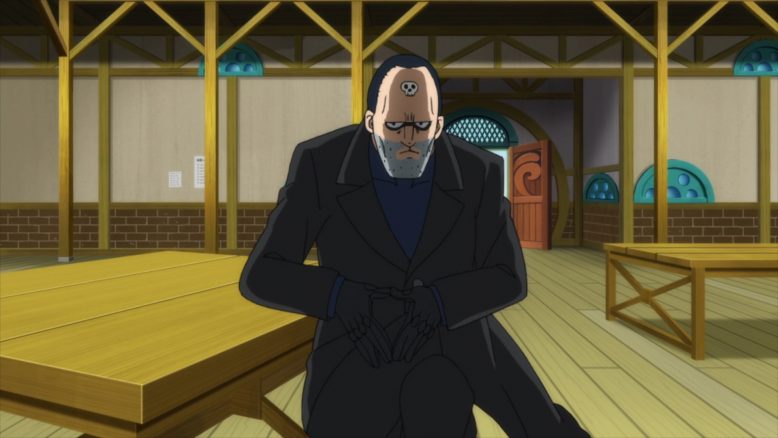 Not only was the Lucy stuff bad, it just broke any tension or emotional power in the scene. I mean, we have most of the guild in a death dimension, but instead of focusing on how dire that is, we get scenes of useless Natsu and Lucy fanservice, that all really culminate in the two tricking Jacob and then smacking him.

I would’ve been fine if he had been taken out then and there, but on top of that, all we got was him getting angry. Which, essentially means that whole scene was just a waste of time, and what took up the majority of the episode. Yes, I get that Mavis came up with some kind of idea to win against Zeref, but that’s even more tragic than it is interesting. 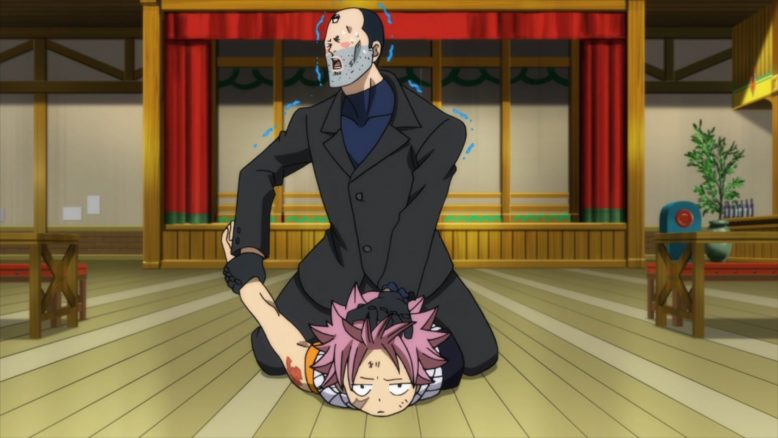 THIS? This is what inspires Mavis to finally come up with a plan against Zeref? This is the sort of stuff we’re getting in the FINAL arc of Fairy Tail? I dunno, it just feels horribly out of place, and just plain bad. It feels like both Mashima-sensei and the people adapting his work are just not serious about what they’re doing. This isn’t some kind of little joke to lighten an otherwise dark and moody part of the story, its a complete mood killer.

Fairy Tail’s Final Season is like that one drunken friend at a party that ruins everyone’s good time just as things are getting fun and interesting. Its crass, its not funny, its juvenille and it feels like its debasing itself. I hate that we got Shelia’s big sacrifice and this junk in the same episode. Its sad that we were shown more of THIS rather than the good stuff in the opening segment of the episode. 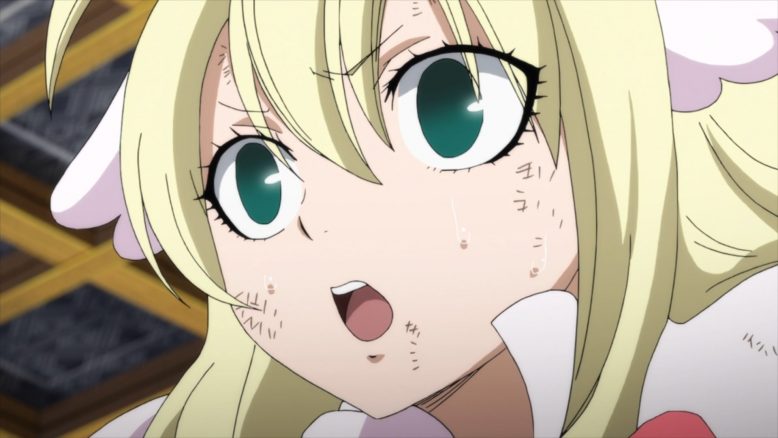 Its also baffling, because it just feels like the show and its creator just don’t care anymore. Yeah, they thought up the story a while ago, and they did a good job, but at this point, its all being phoned in. Couple that with a low production budget, and a tight episode count, and we’ve got a show that’s actively ruining its own story and highlight moments. That? That’s a real tragic thing to see as this franchise gets close to a major milestone in terms of episode count, and as it works to wrap up what has been a very long and enjoyable story.

I’m not really sure how much more I can take of this kind of stuff. This Final season is starting to to encroach on really dangerous territory now. This final arc, its actively making me dislike the story as a whole, and its bringing down the name and the prestige that this franchise has spent years building. I can’t believe that this final arc is getting to be THAT bad. Its just painful to see a once great show, fall this hard.