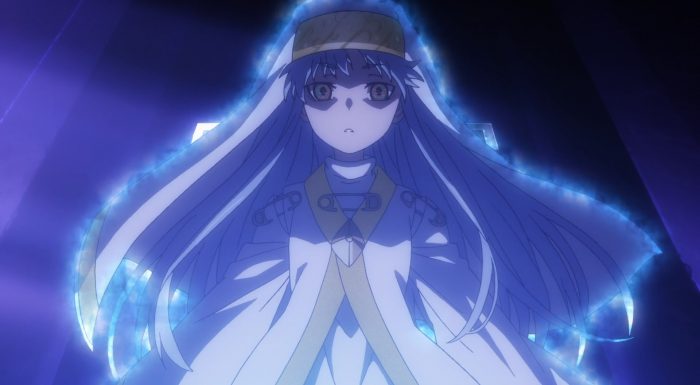 While its certainly refreshing to see To Aru Majutsu no Index III just be plain good, its something else entirely to see it nail its endgame for a change. I admit, I was a bit skeptical as this episode started up, but things are certainly still both easy to follow and more importantly, easy to enjoy. We may only have three or four episodes left, but I think I’m at the point where I can expect them to at least be good if not great. 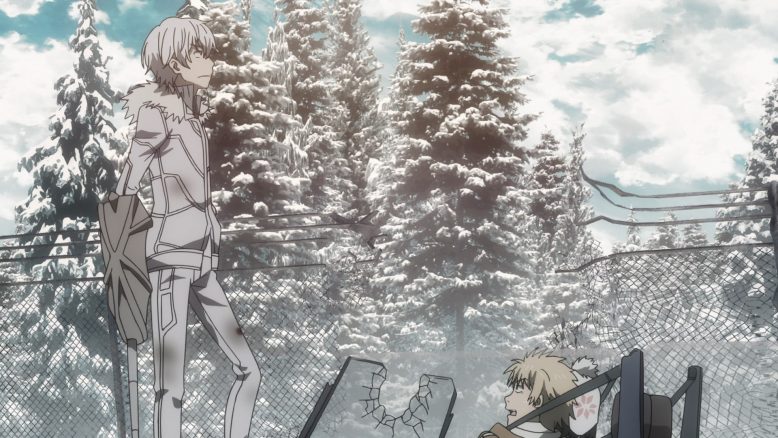 The entire World War III arc has certainly had its good moments, but what’s impressive about it is how it takes everything that came before it and uses it as both setup and build up for what will be the grand finale. Touma, Index, Accelerator, Mikoto, Hamazura, all these characters have been beautifully threaded into one major conflict and plot point.

I don’t often do this, but I have to give props to Gigguk (The only anime youtuber who I watch and actually like) for describing the Index franchise as the first real Japanese version an extended universe, similar to what western comic books and cartoons have had for ages. And really, what’s impressive about Index III is that it really does deliver on the idea and the concept of a powerful cross over story. Where shows like Durarara!! petered out on their overall story as the show went into its final stretch, Index III is really bringing its A Game. 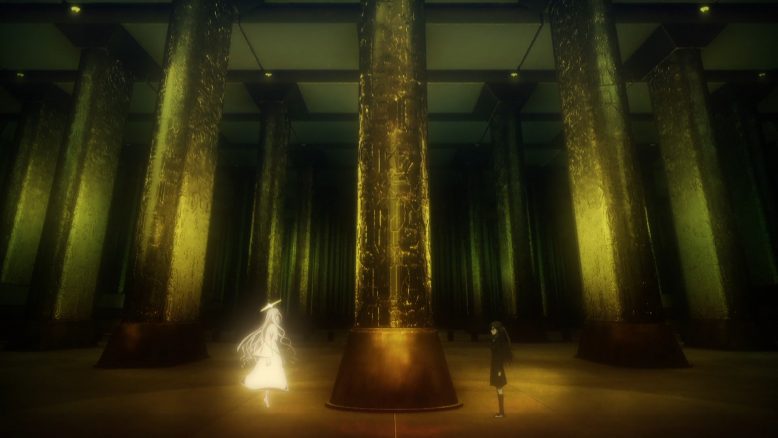 Everything feels planned and prepared for, and I think the only tragedy here is that the people behind this season just wanted to get to that pay off, ASAP. I’ve talked at length about the adaptation pacing issues, so I’ll do everyone a favor and not rehash that here, again, for the upteenth time.

Instead, what I want to really comment on is Accelerator. Despite the fact that Touma is probably the major protagonist of this arc and story, my enjoyment continues to come from everything Accelerator does in this arc. Its safe to say that Accelerator has benefited the most from this third season, with both his character development and arc mostly in tact. Thus the scenes with Accelerator ultimately moving forward on his new path of being a true good guy, were the most satisfying and entertaining parts of the episode. 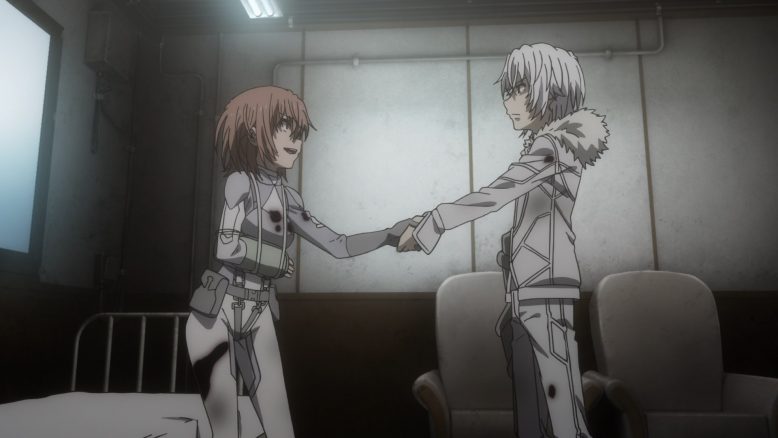 The way he not only convinced Misaka W to join him, but then shakes hands, well that was a moment of just pure joy to behold. For anyone who’s followed Accelerator through the years, seeing this character grow and evolve to the degree that he has, is really the highlight of this third season.

Hamazura and Touma kinda feel like side characters in this episode. Hamazura is definitely regretful, but I think even his moments shine a bit more when he ends up joining up with Accelerator. I’m not entirely sure what Hamazura is going to do in the big final battle, or if he’ll be around at all, but it was nice to at least have him and Accelerator join up. 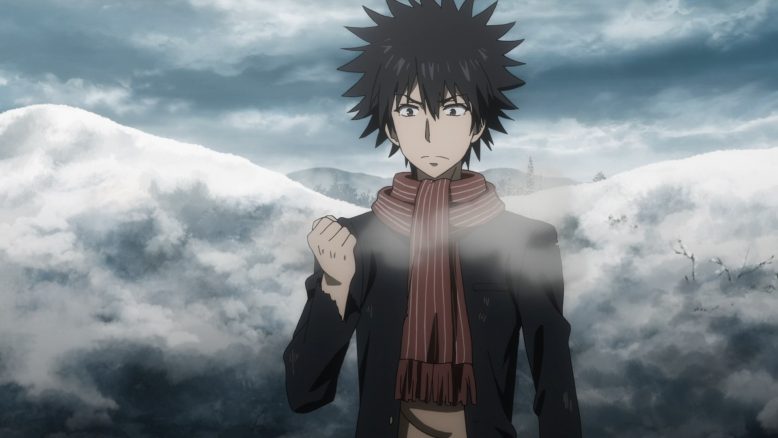 Finally, there’s Touma, and his situation is definitely a bit weird. Its clear that the show can’t really jump into the final Touma vs Fiamma moment just yet, that’s the story’s end bit, after all. So Touma is more or less just kind of on the sidelines, slowly inching towards Fiamma. We’ve see Fiamma now raise a big flower shaped Island into the sky, but beyond that, the main story hasn’t progressed too far.

I must say, however, that I also did enjoy Misaka Mikoto’s appearance a lot more than I thought I would. Its definitely still strange seeing her just kind of jump in at the last moment, but I do believe that she does actually have something to contribute. Her meeting another Misaka clone, and their whole exchange, was a really sweet way to not only end the episode, but call back to what is undoutedly the To Aru/RailDex franchise’s big starting moment. MIsaka, Touma and Accelerator all kind of really came into their own in the Last Order/Sisters Arc, so seeing the big finale of the first Index story call back to what is ultimately the real beginning for a lot of these characters, was just, exceedingly well done. 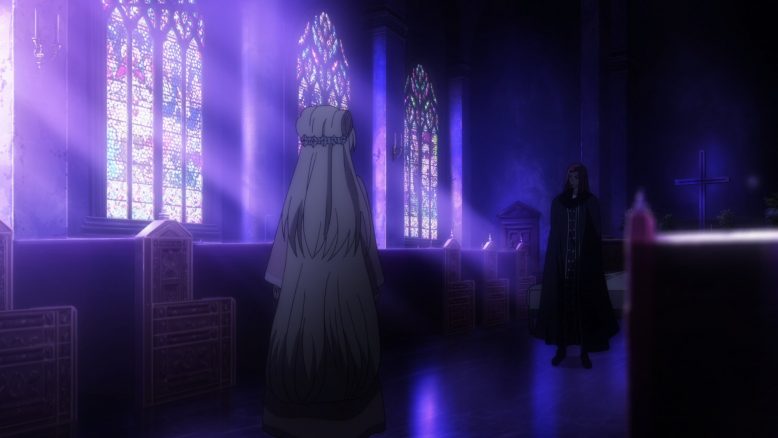 There was some stuff that was a bit hard to follow, sure, but for once it didn’t detract too much from the overall experience. I don’t get why Styl is now fighting his boss, or how both she and Fiamma have a device to control Index, but that stuff plus the stuff about the new “angel” suddenly playing a role, and the pope stuff, was all just stuff I chose to not focus too much on. I get that these little moments will play a part in the larger story, but I think Index III is at a point where missing the minute details isn’t a deal breaker like it usually is.

The final battle is going to be all these characters against Fiamma. Index needs to be saved from Fiamma, and then Last Order can then be saved by Index. Once Index and Last Order are saved, Accelerator and Misaka W can focus on saving themselves from Academy City. And with Allies like Touma and MIkoto, not to mention Hamazura, I’m sure these major characters can join hands enough to overcome any odds. 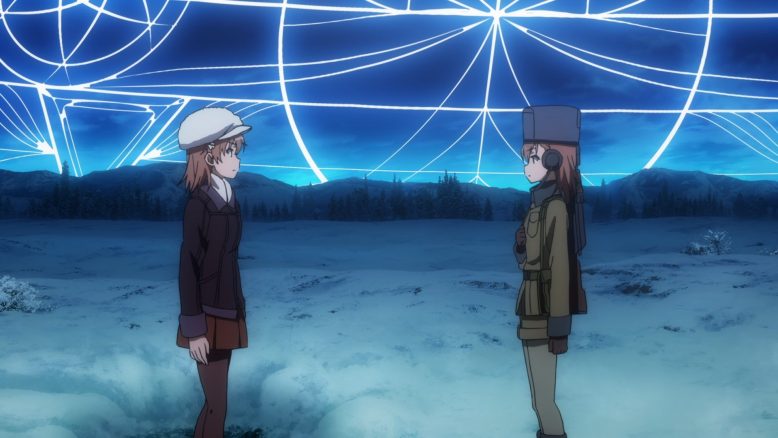 Which ultimately is what makes this final arc so exciting. These characters are slowly converging into one major event, and the fact that that convergence feels so smooth and elegant, is what I think makes me really excited. I’m excited to see where Index III goes from here, and how it ends. Despite all the tough stuff to deal with in most of the season, I think ultimately, I may remember Index III as a troubled but memorable experience. Lets hope the show does indeed deliver on the vibes that its giving off as head towards the last three or four episodes.