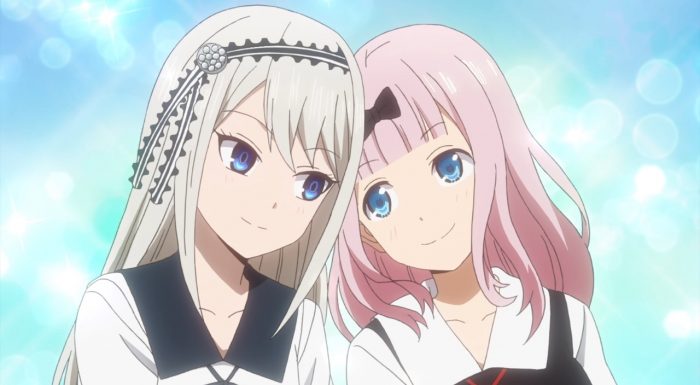 This episode was mostly about those final exams. Naturally with this show it was a lot of chaos, lot of laughs, and a few heartwarming moments. Considering Shirogane’s position at the top of the academic pile at their school it is no wonder a good part of this episode was about that clash between him and Kaguya. What I did like is his motivations for trying so darn hard. There are so many things he feels lacking in compared to a natural talent like Kaguya. If he can’t stay ahead academically then he might never have the will to make his move. It creates all sorts of extra troubles for the two of them, but I get his mentality. He just wants to have one thing that makes him feel like he’s worth standing beside someone that absolutely incredible. 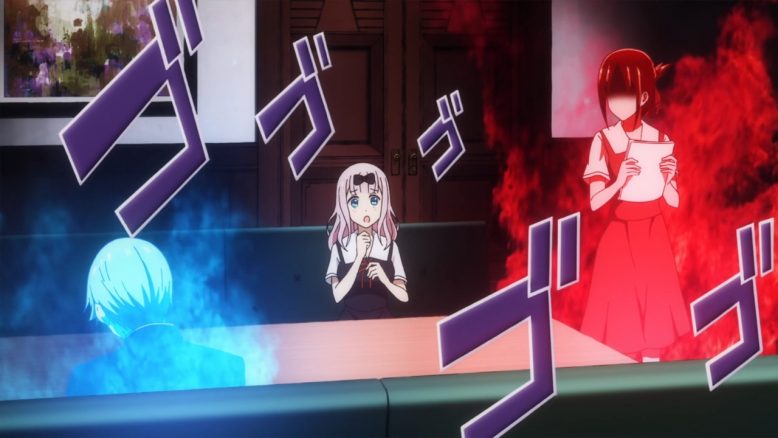 Poor Chika got dragged into that academic battlefield and was sabotaged as a result. We know Chika is pretty smart in her own way. But there are times she is left to play the fool. Just straight up manipulated into not studying and her rank dropped a bit more as a result. My condolences go out to her allowance. Regardless, the best parts probably came near the end. It was pure fun watching Kaguya and Shirogane going nuts in private about the end result. I can’t blame Shirogane for losing his mind and truly embracing the joy of victory. He wasn’t lying at least about the pressure having been massive. Coming out on top after such hard work is something to enjoy. It was even fun to watch Kaguya practically coughing up blood in frustration over her loss. It does show her ability though to finish 2nd. 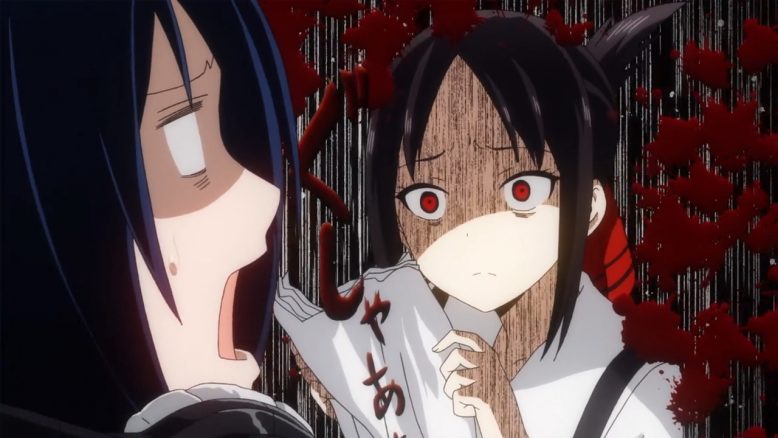 It was nice to get a sort of heartwarming moment between Kaguya and Ishigami. He’s been living in terror or preparing to die since he started showing up regularly. It was good to focus on what’s going on in his head and his life. And it was nice to have Kaguya help him out in her own extreme way. Sure it was partly in her self-interest. It wouldn’t reflect well on Shirogane to have his treasurer held back a year. But I don’t think she hates Ishigami and on some level did have a desire to help. Even if her means are…terrifying and she appears unaware of how scary she truly can appear to others. Kaguya still put her family’s name on the line and gave full support. That’s something that Shirogane can appreciate too. He does notice her good qualities and trusts her for good reason.

We just got a peek at what Ishigami goes through and what might be coloring his worldview. Clearly something serious happened in middle school with him. And whatever it is has at least followed him to high school via rumors. It’s to the level that people don’t mind talking trash about him within earshot. Ishigami himself appears to not value his own worth too highly. While I think in part he does struggle a bit to manage gaming and studying, he may not see much value in even trying. It is a good thing for him to have someone like Shirogane who appears to value him and Kaguya who is willing to force her support. Even if that does lead to him continuing to live in fear XD. 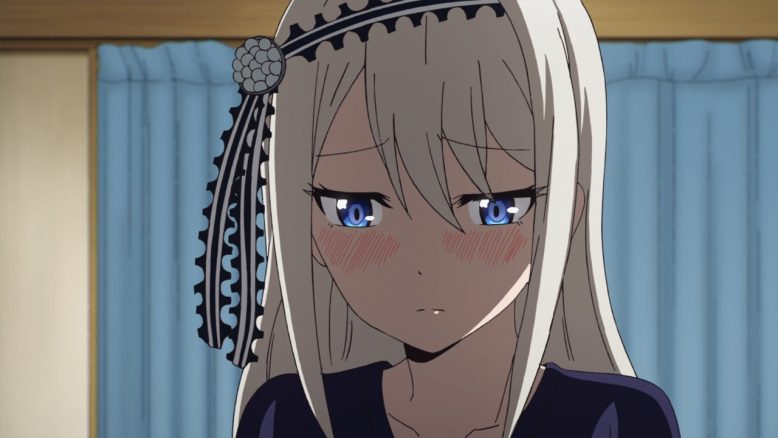 The episode caught me by surprise when Kei appeared at the start of this episode. It was a nice surprise to have Miyuki’s sister show up. Of course it lead directly to some great comedic moments. I had a lot of fun watching Kaguya trying desperately to win over the sister of the guy she likes. And that part of the episode ended on a nice note since it shows that she does have hope there even if Kaguya herself doesn’t realize it. Kei was just too nervous around someone like Kaguya so she couldn’t open up to her. There doesn’t appear to be any complaints coming up on her side of things if Kaguya and her brother do end up starting to date.

It still had me laughing how everyone else had an easier time with Kei than Kaguya herself. Even freaking Ishigami was able to appear out of nowhere and give helpful advice about the student council work Kei was doing at her own school. It wasn’t too surprising that Chika had a connection and that it came through a younger sibling of her own. As always Chika just manages to dance on the edge of a knife with Kaguya before saving herself. She just manages to anger Kaguya down to her core before turning things around. 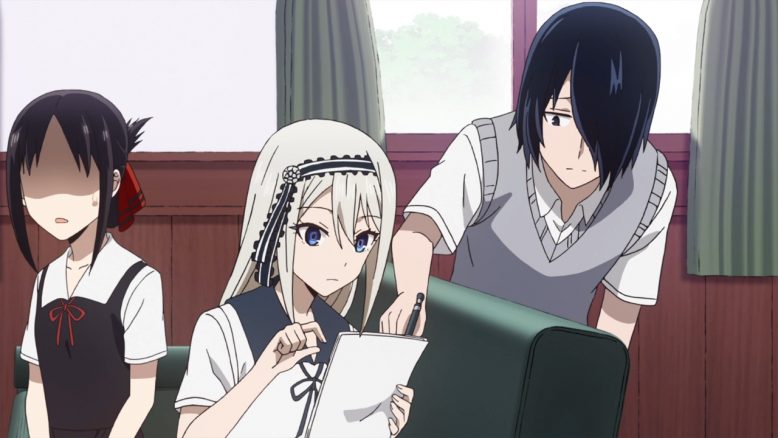 I thought it was another fun episode. The Kei business to start was cute and fun with Kaguya’s imagination going utterly wild. Then the test taking portion let us delve a bit into Miyuki’s mindset about school and why he’s working so darn hard to stay on top. And then it finishes up with Ishigami. It lead nicely to that part showing the test scores. I was thinking “good on him for improving despite his talk about gaming” and then…we found out the truth. Kaguya was dissatisfied with his limited improvement, but she did achieve her goal there. It will be fun just continuing to see these characters bounce off each other in the episodes remaining.