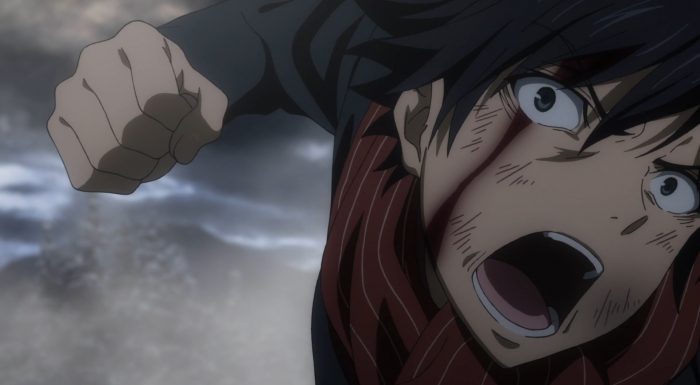 The tail end of the story aspect of To Aru Majutsu no Index III is certainly delivering, while the rest of the aspects of the production try desperately to keep up. Its a strange place to be in these days, where even a franchise like To Aru Majutsu No Index can’t get a great adaptation. The show has to rely on its source material rather heavily with everything else not really firing on all cylinders. While not to the same level as say Berserk, there’s definitely a less than stellar anime production, presenting what should be a very impressive story. 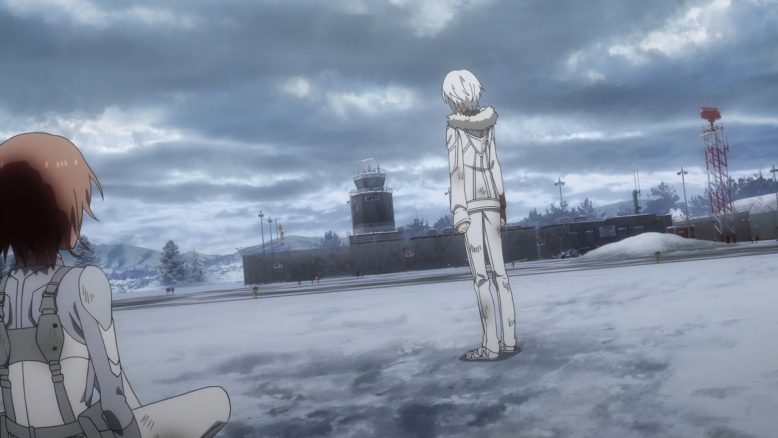 Carrying over from last week’s exceptional Accelerator moment, this week had Accelerator come face to face with his inspiration, Kamijo Touma. Here’s the thing, this battle was awesome… at least, conceptually. I loved the exchange of words between Touma and Accelerator, and how Touma basically punched and badass-ed his way towards giving Accelerator some tough love and a much needed pep talk.

Throughout its run, Index III amidst the weird adaptation issues, has been exploring a central point, and that seems to be revolve around the idea of what it means to be a hero. The show has explored both the idea, and how that concept relates to it’s three protagonists. I think its safe to say that all three protagonists of this franchise (perhaps even four if you count Misaka Mikoto), are pretty darn heroic. What’s interesting, however, is that all of these “heroic” characters perform their heroic acts for different reasons, with the conceit being that the actual intentions aren’t altogether as noble as they probably seem. 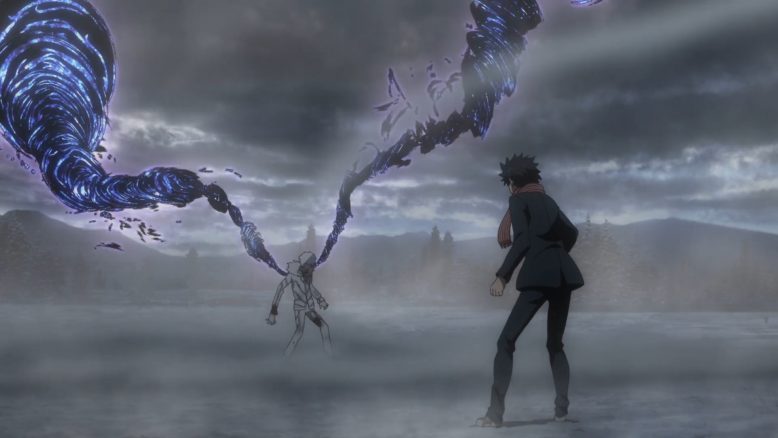 Are Touma and Accelerator being exceedingly hard of themselves? Sure. But I think the internal thought process of each character is exceedingly deep and interesting. Touma is hating on himself because he saves people to kind of satisfy his own need to not ignore someone in pain. If someone in front of him is hurting, then Touma can’t take that and he has to act. Its not about being right or wrong, its about having the empathy drive you to DO heroic things. One can argue whether that’s heroic or not, but in terms of Touma, he’s not concerned by that at all. At the end of the day, he’s doing what he wants, and what he’s doing is helping others, so its all good.

As for Accelerator? I think his whole obsession with “villains” and “heroes” is a bit of a coping mechanism, and one that obviously had to be left behind as the guy continues to evolve. Accelerator, the strongest esper in Academy City viewing Touma as someone kind of legendary hero is ironic, because while Touma is certainly powerful with his Imagine Breaker, its almost weak when compared to the power Accelerator himself has. And at the end of the day, Touma himself puts it best; You don’t need a position or power to help someone. If you want to protect someone, do it. Good, Evil e.t.c, or their specific concepts are meaningless. 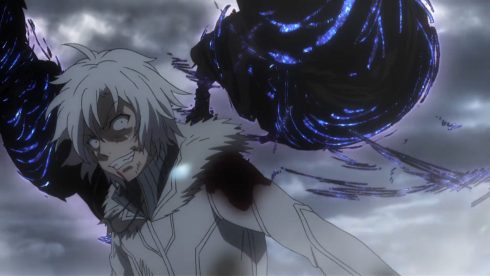 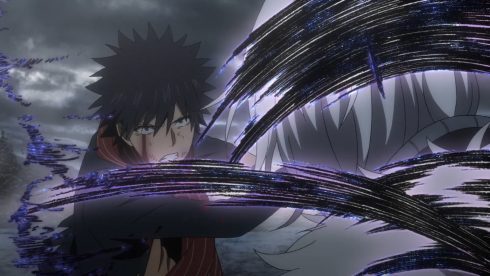 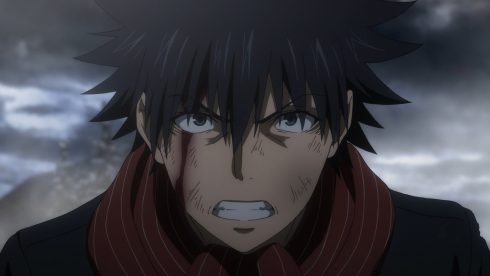 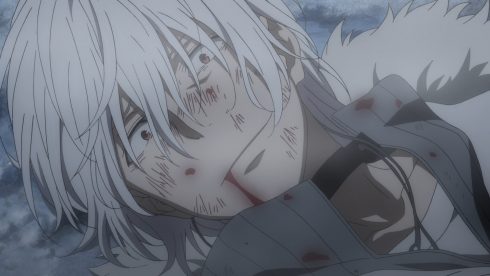 And while Touma definitely has a point where the whole “you don’t need to be special to help someone”, I think the whole good and evil thing does matter. Touma happens to want to help and protect the weak, the ones who are suffering, as is Accelerator.[ Thus, what they do is inherently noble. Villainy happens when you oppress and trample on the weak, i.e what Accelerator was doing when the franchise first introduced him. But, Accelerations fixation with “being a hero” or a “villain” and basically hating himself, was ultimately preventing him from being able to do the things that he needed to do.

Thus Touma coming in, beating Accelerator’s attacks and ultimately knocking some sense into the guy both verbally and physically, was just what he needed. And lest we forget, Accelerator did ultimately go all in on the saving bit, as he did save Misaka Worst at the beginning of the episode. But realizing that Accelerator couldn’t hide behind his villain facade any longer, and had to rely on himself and strive to become better, well, that’s some tough stuff to take in. So in the end, Touma coming in and giving Accelerator exactly what he needed was a nice moment, and the highlight of this episode. 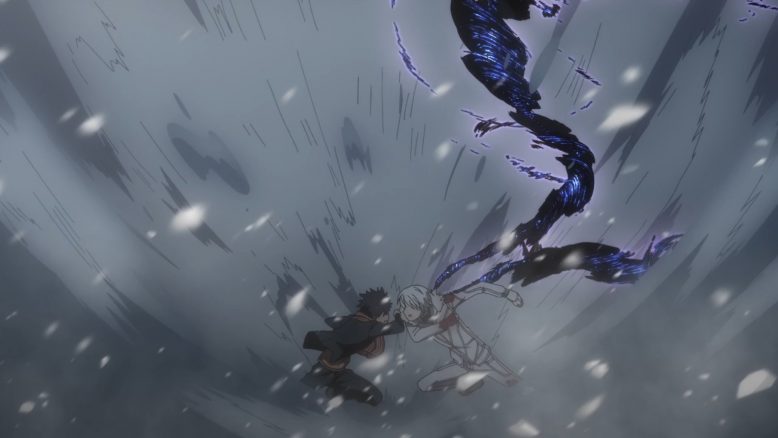 Now… While content wise, I can’t help but geek out about all of this, it is worth mentioning that the battle looked pretty darn subpar. I need only compare what we got here to Touma and Accelerator’s original fight, and well… The results aren’t pretty. While the animation is serviceable and it works, I do have to say the overall presentation isn’t all that impressive. For what’s happening on screen, with Accelerator going full tilt against Touma, we needed something a bit more than what we got here.

And As for Hamazura, I really wish his stuff hadn’t been put in the episode. Not only did it actively detract from the main central concern (Touma vs Accelerator), but it honestly felt rather rushed. Hamazura taking down a militia tank mostly by himself is a pretty cool idea and moment, and I think an episode focused on him and his struggles would’ve worked a lot better than shoving it in between the Touma and Accelerator battle. And Ultimately, it was disappointing to see Acqua kind of bail the guy out. Hamazura’s the real victim of Index III, and I guess that will probably remain true until we’re done with this season. 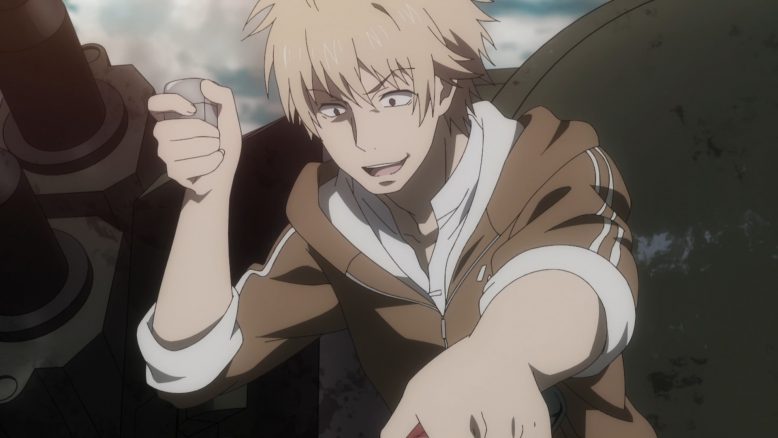 The last thing I want to touch on is that I’m kind of worried about Misaka Mikoto herself joining the story this late in the game. I love Misaka, and he’s definitely my favorite female character of the franchise, but I’m worried that her coming in this late is just going to work against her. She won’t have much more than a cameo role, and honestly, I’m kind of tired of important characters being sidelined by this show.

The way the show is hinting at stuff, we’re going to get Mikoyo, Touma, Accelerator and possible Hamazura + Acqua together to face off against Fiama’s big plot at the end. There’s some talk of a virus on the Russian side, but I honestly kind of didn’t see the point of that. I’m sure the virus plotline makes a lot more sense in the novels, since it probably plays into the whole Third World War thing that’s going on in the Index world right now, but really, that whole idea is just another victim of this adaptation. 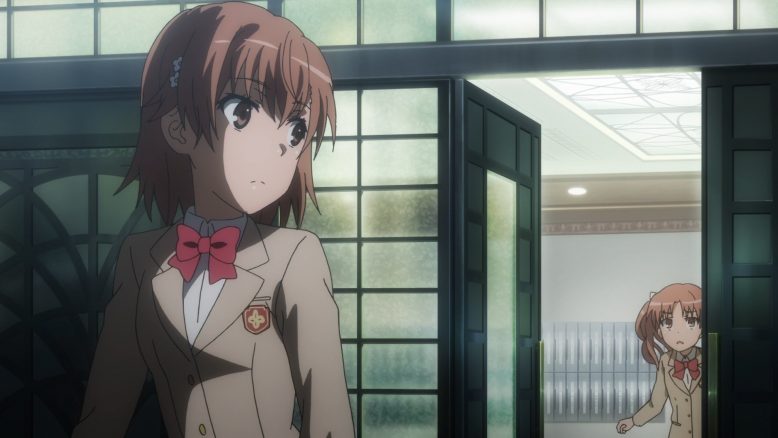 In the end, I guess what I’m trying to say is that while this episode was pretty darn good, it wasn’t without its problems. This is an A Grade episode in spite of its problems, and it mostly boils down to the excellent character work that’s serving both Touma and Accelerator. As we move past this little moment, I do worry that the good stuff is now behind us.

I guess with only 4 or 5 episodes left, that’s more or less what we’re going to get. I’m curious to see how the show resolves all these disparate plot threads, but my gutt is telling me it isn’t going to incredibly neat or satisfying. That said, this week’s episode was good, pretty darn good, and that’s still a win for this franchise, in my book.