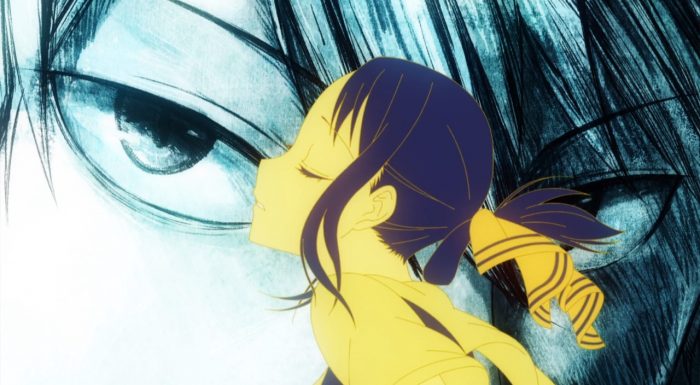 This episode had a good balance with the focus shifting to a few different characters. Last time they did need to focus more on Ishigami since it was effectively his introduction episode, but here we got to fool around with everyone. I just liked going from another love consultation, to the crazy budget scene, and finishing off with Kaguya demolished by the power of childish humor! Just focusing on the three scenes seemed to allow for them to spend enough time on each one. And while I’d say Chika got the most chances to shine in this episode, it wasn’t just an episode about her. She just got timely moments to be herself which were certainly golden ones. Maybe some reward for the hell she endured helping Shirogane master volleyball. 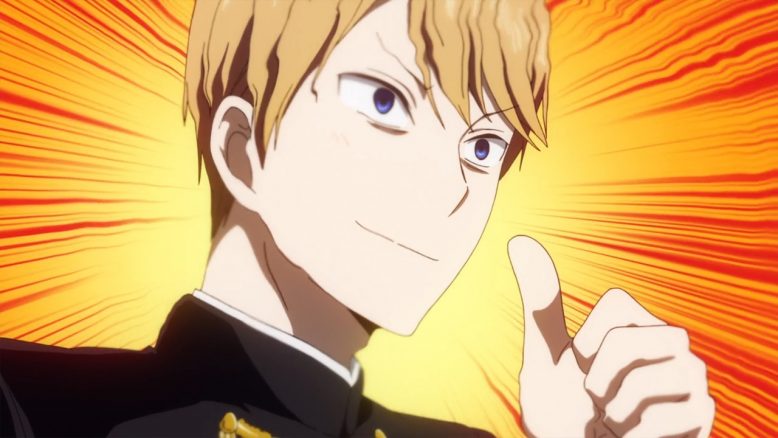 It did appear initially as if they were just repeating the same love consultation as last time. Luckily it did turn into something different and combined the previous two consultations in a sense. This time Shirogane was too confident. His crazy advice worked last time because he was desperately just throwing ideas out there. This time he thought it wasn’t something beyond him and thus he came up with ideas that just weren’t necessary. It would have been unfortunate if that couple had to wait an entire summer break to just hold hands. Not to mention it might have hurt their relationship for him to be so distant and holding up on even trying to further their relationship for an entire break.

We owe everything to Love Detective Chika this time. Even if she felt this case was beneath her it was important to have her there. Kaguya was basically down to just nodding in agreement XD. In that kind of conversation she didn’t have the confidence to just throw her ideas out left and right. And I tend to agree that Chika who was equally as inexperienced as Shirogane at least had more useful advice. Just deal with your nerves and go for it! Don’t need surgery or anything else. Although hey having a part-time job to fund more date options isn’t the craziest idea. 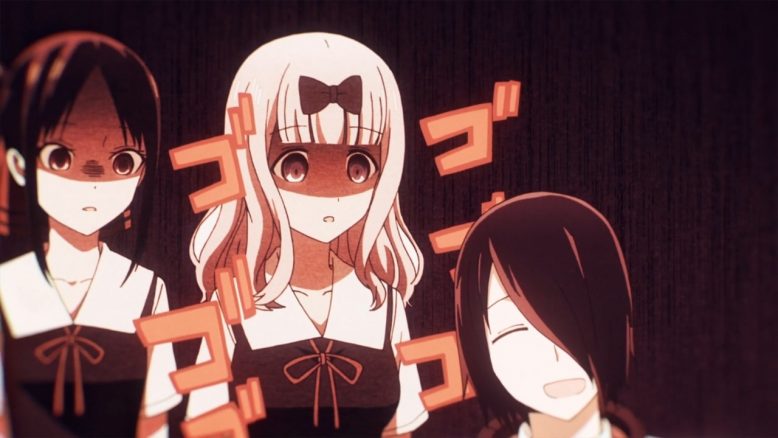 Ishigami may literally build himself a coffin and dig the hole to put it in before this show has concluded. It’s been a bit since I saw someone self-destruct so painfully that I wanted to yell “stop it” at the screen. He just destroyed himself. Shirogane almost killed himself the same way during that first love consultation and was only saved by seeing Kaguya before it was too late. And certainly Kaguya has mentally tortured herself in comparing herself to Chika. But Ishigami is the only one who verbally dug himself the hole and just kept on going. He ended up beaten by Chika and ready to prepare his will thanks to Kaguya. It was another day and another trauma for Ishigami.

It’s somewhat refreshing how openly negative Ishigami is. His happiness tax somehow had me laughing for a good bit. And even then you can see the good mixed in with his views. He looks at these couples and wonders why these people are dedicating all their time to their clubs instead of dedicating more to their relationships. Of course that isn’t all it is. There is a purely personal grudge mixed in. But it is almost refreshing how purely and honestly he admits that grudge. 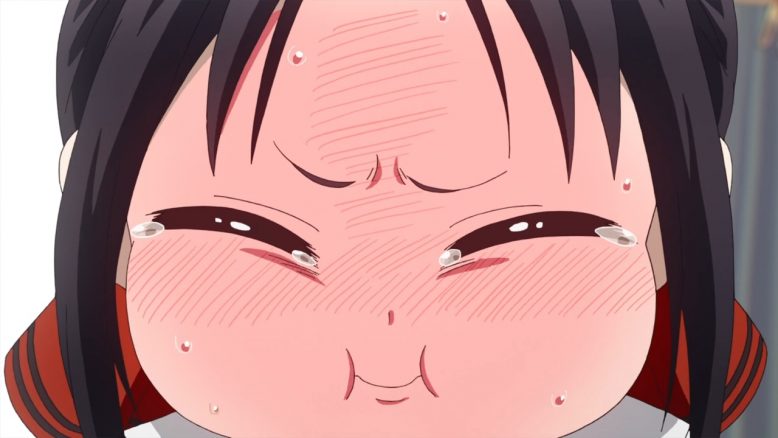 Poor Kaguya has to hurry and catch up to her peers. She started this show being left entirely in the dark about things. I can totally understand Chika wanting to take full advantage of Kaguya’s weakness. And it was nice to see more of Kaguya’s past and how much she’s changed. Or rather how blatantly she’s been changed after falling in love with Shirogane. She’s night and day a different person in terms of how she interacts with people. Even her initial interactions with Shirogane were cold. Not even acknowledging him as the President and instead just a frozen ‘Shirogane-san.’ I’m impressed that Chika was able to be so close to her back then. Not sure anyone else could have managed it. And now…she’s managing to kill Kaguya with slang like ‘wiener’. How things have changed. Others may treat Chika like a fool sometimes, but she’s pretty devious. 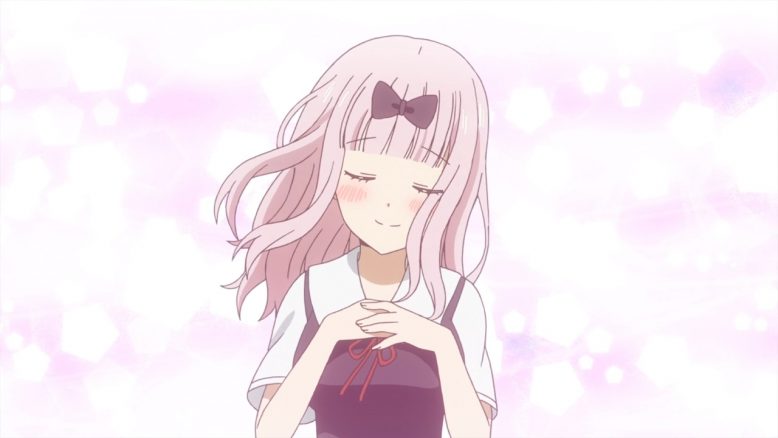 This was just another really fun episode. It was great seeing Kaguya struggle in desperation to avoid Shirogane saying ‘wiener’ or watching Ishigami going into a dark space. And on the positive side things did work out nicely for Ishigami in the last part of the episode. He got to hear some ridiculous stuff without fearing for his life.

We’ve now got a solid group of characters that allows them to get varied in what is going on within each episode. It’s far from just being able Kaguya or Miyuki trying to make each other confess. Instead it’s a battleground of youth where the various characters are winning or losing little fights that don’t mean much in the bigger picture. Should be fun to see what happens next week.