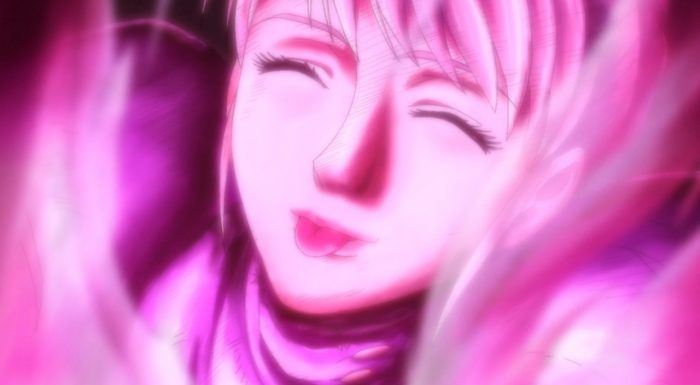 The latest big flashback arc continues and things are moving along. There’s no doubt the show is answering some questions. I still think it might have been a better move to tell this story in a chronological order. You do lose some surprise and mystery, but you avoid having the present story screech to a halt while you fill in the audience about the backstory of this setting. We’re not even done this flashback arc either. Maybe they’ll cut back to the present for another Masaru reaction (and no one listening to him), but then it’s back to the fourth episode of this flashback arc since we still need to fill in the gaps between the death of Angelina and how things ended up the way they did in the present day. Heck this could still take a few more episodes if they want to fill in all the gaps. 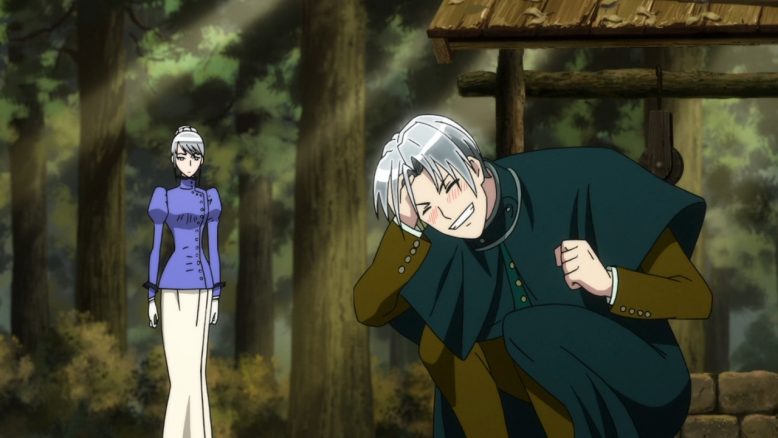 I may be evil. When we got to the point of Guy and Francine arguing about which of them is closer to Éléonore I was just counting the seconds to the villains making their move. We have the person who came to rip a baby out of his mother and kidnap her fighting someone who has lead an evil robot army that has tormented the lives of thousands if not millions. Neither of you are good people! Sure it is nice that by the end Francine accepted that her actions were horrible. That doesn’t really help the people that have and currently suffer from the Zonapha Syndrome. I’m also rather impressed that no one bothered to ask her about what could be done about that during the whole time she was there before they were eventually attacked. Should I just presume she can’t do anything about it? 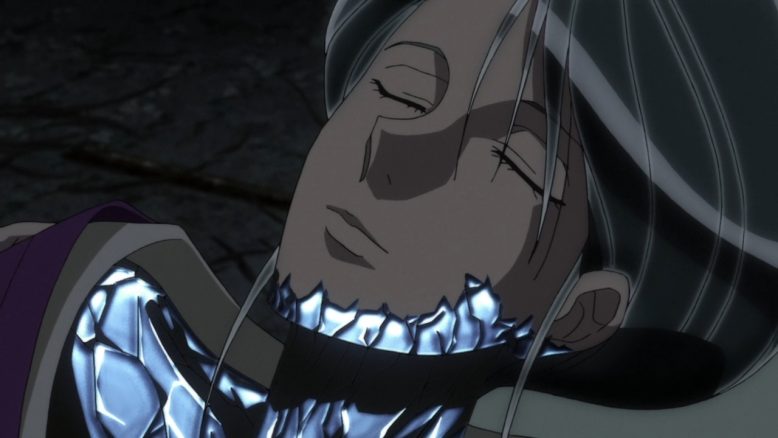 I’ll give the show credit since the mystery of this attack is worth discussing. Probably isn’t much of a mystery since Sadayoshi must have created these automata. But it is still worth discussing. If these automata didn’t recognize Francine or follow her orders then they likely have no connection to the Midnight Circus. And if they weren’t behind this then frankly the only other person that could be a suspect is Sadayoshi. A guy apparently so freaking evil that Masaru’s grandfather refuses to pay attention to anything he is saying. Sadayoshi being behind it would allow for an evil army for the main cast to fight against for the rest of the show since the Midnight Circus is done.

Hopefully Sadayoshi shows up again soon though. For some evil guy we’re supposed to hate we’ve only really seen him once and heard him a few times. That should happen next week. If he’s making his move to take power and go after the soft stone then we should see more of him. But we’ll have to wait and see what the plan is for the rest of this flashback. 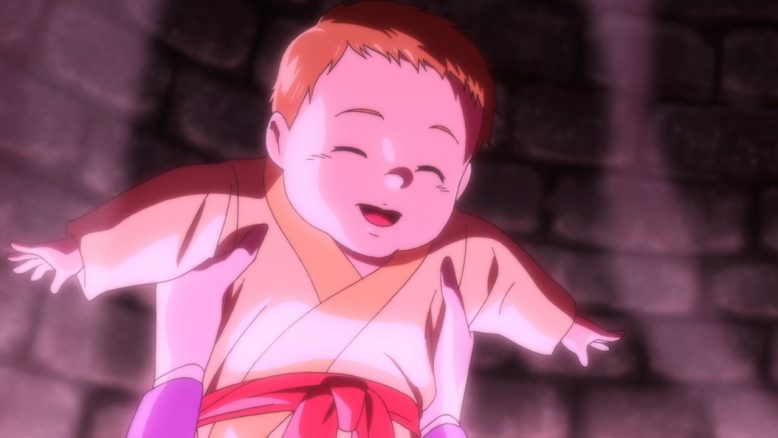 Right now the story is just filling in the gaps. We know that Guy eventually took Éléonore to the shirogane and they beat the humanity out of her. And we know that Éléonore eventually left and was placed as a guard at the circus for Masaru by her actual father. And yet we also know that he never told her that he was her father or anything else about her past. What is left to find out is the why for a lot of these actions. Presumably all of it was because of the devastatingly evil nature of Sadayoshi, but again it’s hard to really appreciate how evil this guy is supposed to be yet. And I’m still curious to find out why Guy never bothered to tell anyone that Francine was effectively dead. 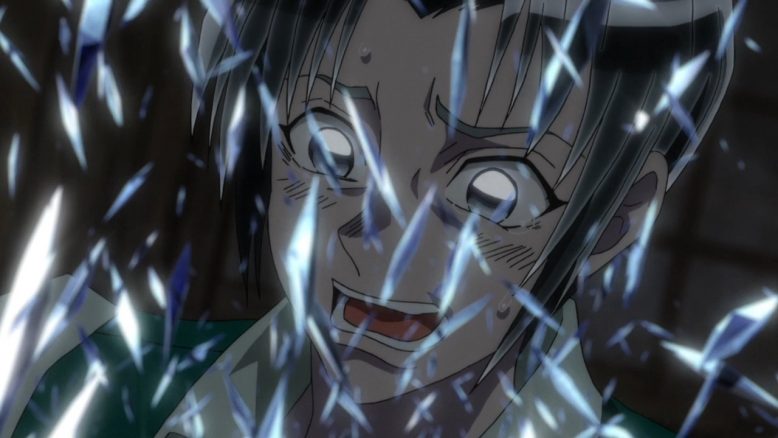 But let’s give Francine some credit for going out well. She may have been a monster that ruined countless lives, but she made sure a baby didn’t drown. Of course whether she’s technically dead is kind of a tough one to describe. I suppose she did end up liquefied and inside of Éléonore. The question of whether Sadayoshi really exists into Masaru is more likely a yes than whether there is anything of Francine really inside of Éléonore. She was an automata, not a rogue spirit. I’m not sure any real consciousness was transferred over to the baby. This really makes Narumi’s insane attack several episodes ago even more unjustified than what Masaru has been going through as of late.

This episode did cover some ground though and continued filling in the gaps. We know more than we did before about what on Earth happened in the past. Slowly, but surely we are moving ahead to the main conflict for the remainder of the series. It may still take an episode or two of flashbacks but the story is getting there. I’ll be curious to see what happens in the next episode and what answers we might get.