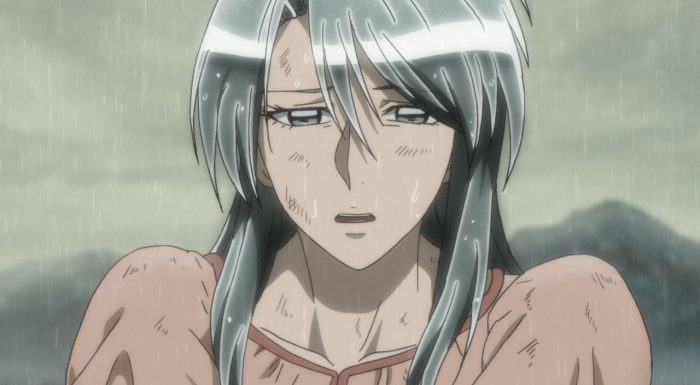 This is certainly a flashback arc. We are both gaining more answers and more questions as time passes. At least they are cutting between the past and present enough to keep the story focused. The introduction of Guy into this leads to all sorts of uncomfortable questions and realizations. If he’s here then he knew that the Francine with the Midnight Circus was a fake the entire time. Sure he was somewhat incapacitated during the war against the Circus, but he clearly never told anyone the truth. So he just let the shirogane race off to a war that they misunderstood. It wasn’t entirely pointless since this bunch was spreading the disease around, but they misunderstood what was at stake. And this also makes clear how much he’s been hiding from Shirogane. He came here to potentially kill the person she’s dedicated herself to protecting. Where the heck is she? 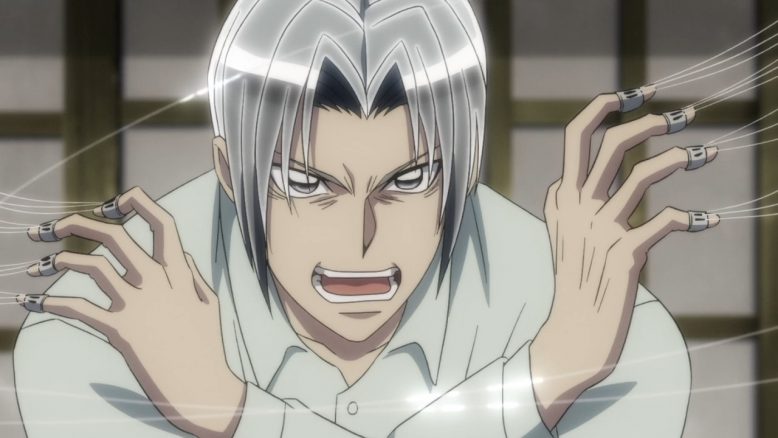 Currently, we are still stuck with people who have hearing issues. Regardless of what Sadayoshi was planning it didn’t go exactly as he hoped. How stupid or good an actor do these people think Sadayoshi is? If he’s that evil he wouldn’t walk into this sort of situation where his life is at jeopardy. When is this witch trial going to end? Oh well maybe there will be a good surprise. Like Shirogane finding Guy’s arguments total BS and after the interaction with Narumi deciding to follow Guy straight to Masaru. Someone has to save this kid since clearly no one in that room is going to bother with that. Heck even if somehow Sadayoshi does take over Masaru in all this it will be all their fault. 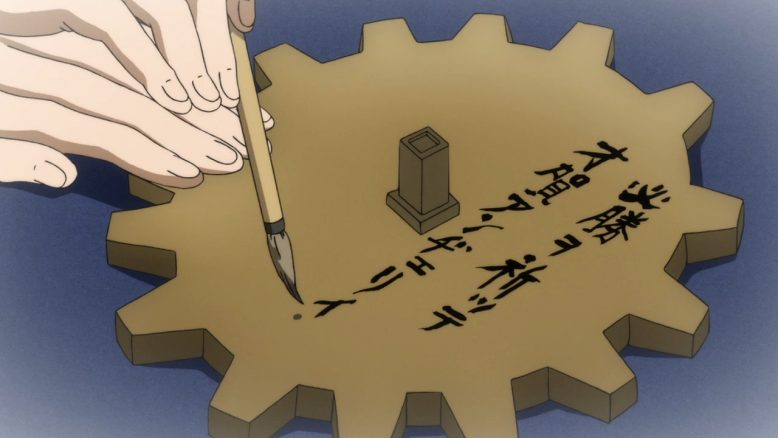 Trust the heart of the gears

We’ll have to see how things played out from here though. The end result was Guy still doing exactly what the shirogane wanted him to do in the first place. I’m sure there will be reasons for it. It will probably be something like Sadayoshi unleashing an attack on them for whatever reason. Taking over the company will probably be part of his plan. Heck, I’m sure even Francine ending up inside Eléonore was an unfortunate effect of something going terribly wrong. Not that we should give a major threat of the show credit, but she does appear to have had a simple goal of seeking her own destruction. No idea what the difference for her is between being disassembled by Angelina and just being destroyed in a fight. But I’m sure there is some symbolic meaning to it for her.

At least the fight with Angelina and Guy was ok. Angelina is getting more chances to be awesome and badass than Eléonore has as of late. Credit goes to a badass mother for doing everything she could to protect her unborn child. It did require magic essentially for her to win of course. Somehow the gears she installed into that puppet wouldn’t let the puppet take down its creator. Sure, why not. In a show with crazy stuff like this, that sort of thing isn’t going to break the show. 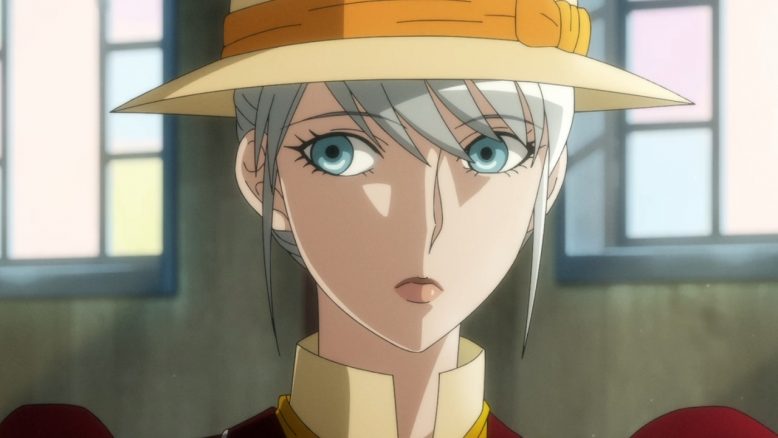 Things are making more sense. The actual Francine (who was treated terribly by her own village twice) is the Aunt of Angelina, who is the mother of Eléonore, who may have Francine as a part of her, and is also the protector of Masaru. I presume Masaru really is Sadayoshi’s child and was born for the purpose of having a body to take over. But regardless we’re at least figuring out how everyone fits into the picture. Narumi appears to be the only one not conveniently born into this conflict, but that may end up not being the case. At this point it would be surprising if his Grandfather wasn’t some major figure in the story as well. 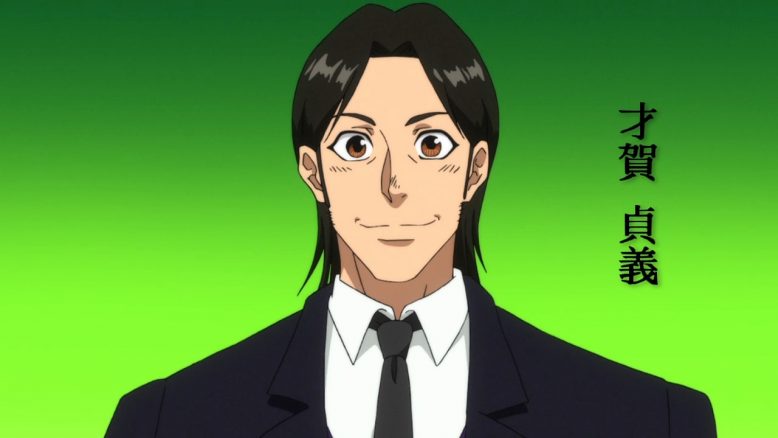 Things are falling into place. It is unfortunate for Masaru that everyone treats him like dirt. But at least we’re finding out more about the situation. My condolences go to Angelina for honestly having a garbage parent. I’m sorry that’s just scummy beyond measure how she’s been used her whole life. She was used terribly while with the shirogane and then she was thrown out and left to wander the world in the hope that she might find someone to love. After finding that miracle and honestly giving back more than she needed to in terms of high grade puppets, they decide to try and steal her child from her to use as a freaking tool. I tend to agree with Angelina, the shirogane aren’t human. Even the ones that didn’t turn themselves into complete machines still were total monsters.

We’re bound to be closing in on the end of the flashback. After that it will be a life or death struggle for Masaru to avoid getting murdered. Good luck to him there. Maybe the evil personality will take over or…they won’t decide to kill him. I can’t see Masaru getting himself out of this. Just saying he’s not his evil father isn’t working out.