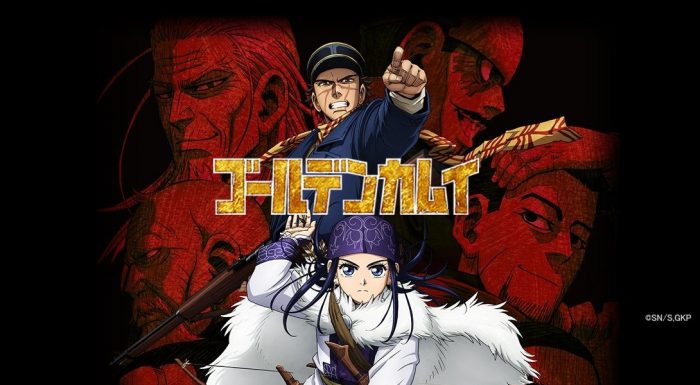 There’s many ways to describe 2018’s split cour series Golden Kamuy, but the most apt description would be that the show is just “unique, distinct and weird”. Anime series come and go with the passage of time, but the ones that are both popular and fondly remembered are the ones that bring something truly unique and interesting to the table. Golden Kamuy, with its focus on a post war Japan in the Hokkaido region and one of the country’s indigenous peoples, the Ainu, is a show that isn’t like your typical anime series. And in 2018, a year that definitely offered little in terms of memorable, new and original series, stands tall as one of the best of the year. 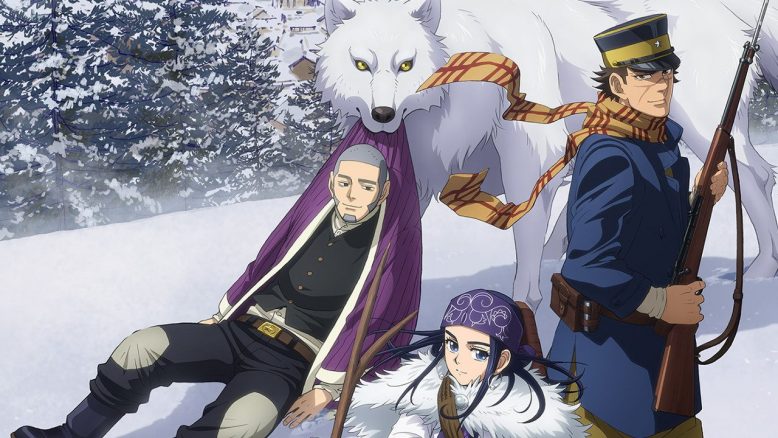 At its core, Golden Kamuy is a story about a soldier named Sachi Sugimoto and the young Ainu huntress known as Asirpa. Sugimoto, after having survived the hellish Battle of the 203 Hill in the Russo-Japanese war of 1904-05, wanders into the Hokkaido region in search of a hidden trove of Ainu gold. Its here that he meets and befriends a young Ainu girl named Asirpa, who herself has a deep connection to the gold and the rumors surrounding it. Thus begins an adventure and journey for the two, as they search for the gold, Asirpa’s long lost father and face off against the various factions and parties in Japan vying for the gold themselves.

If all of that sounds like a complex story with a lot of moving parts, then that’s because it is very much that. What makes Golden Kamuy so impressive is that the basic premise and world building has some real depth and authenticity behind it. The show and story lift a lot from Japan’s own history, whether its the setting of the show, the callbacks to more famous historical groups like the Shinsengumi, the political struggles of the Meiji era or the Ainu people and their culture itself. If there were a unique selling point for the show, then this mishmash of the more popular mainstream Japanese historical moments with the lesser known situation of Hokkaido and the Ainu is certainly it. And you’d think that Golden Kamuy would be a slow, drab and perhaps contemplative show. 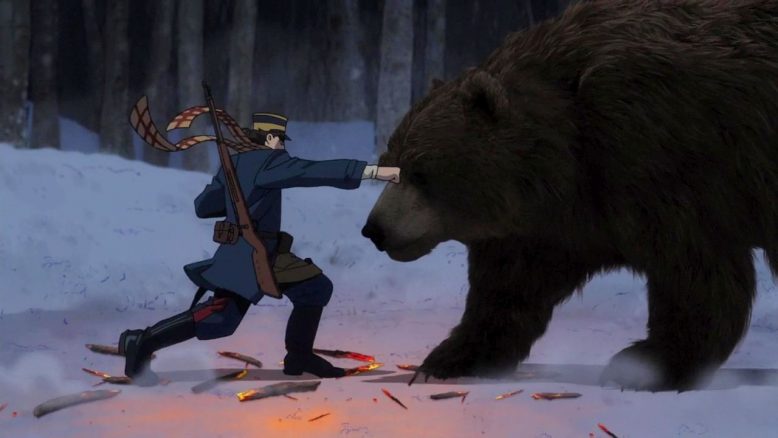 You’d think that, but that’s where the “weirdness” aspect of Golden Kamuy comes in. From the very first episode, the show has this rather starkly shifting tone, and this tinge of off quilter-ness that just screams “pulp” in every aspect of the term. For example, the show has its main character, who’s nicknamed “Sugimoto The Immortal” fight a bear one on one with his bare hands in this same openning episode. As the show progresses, a real sense of camp and over-the-top-ness is meshed with some really dark and gruesome themes and content. Golden Kamuy is a wacky show, with over the top characters, a black and sometimes disturbing sense of humor, and all of that’s placed in a setting that we don’t really see too much of; the mountain side and country side of Hokkaido in the early 1900s.

And it really is the over the top characters, that make Golden Kamuy’s intense and complex subject matter so palatable. The show really garnishes its story with fun character moments, solid comedy and a level of bizarre that almost threatens to break the show both tonally and consistency wise. Yet, it all works, with the odd being there just long enough to change things up, but not so long that it over stays its welcome. The characters in turn, are able to oscillate beautifully between being wacky cartoony caricatures of themselves, and real, flawed but endearing human beings. Its an impressive feat, and one that very few shows have been able to balance and handle as effectively as this show does. 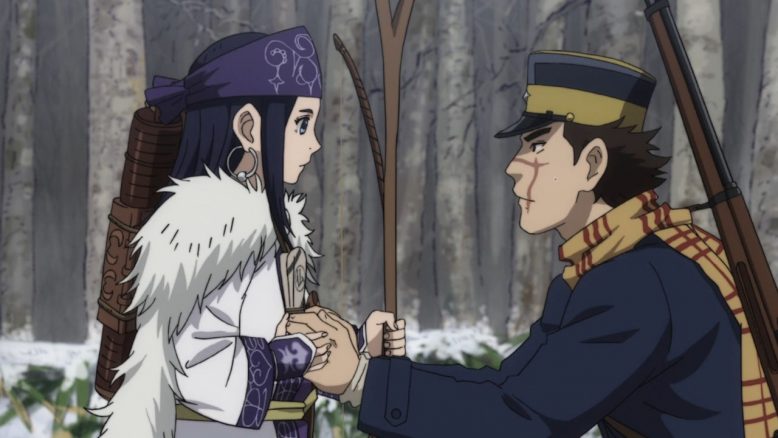 Of course, while wacky and unique characters are certainly important, a good show and story has to do something truly interesting with them, in the sort of way that Golden Kamuy does indeed do. The show really is a tale of two different halves, which makes the split between when the first and second parts air dates, an even more clever decision when looked at in hindsight. The first half of the show (arguably the stronger half), focuses on establishing the world of Golden Kamuy, its core cast of characters, the mystery surrounding the Ainu Gold and the various factions vying for it.

Its all told in a sort of “journey across Hokkaido” way, a story reminiscent of some Western literature’s classics like “Around the World in Eighty Days”, and gives a real sense of heightened stakes, movement and momentum to the story. The show really does move fast, but it never feels rushed or inadequately detailed. For the first half of the story, the show is almost perfect, setting up an intriguing plot, a bunch of different factions and it all seems like its building up to something truly monumental. 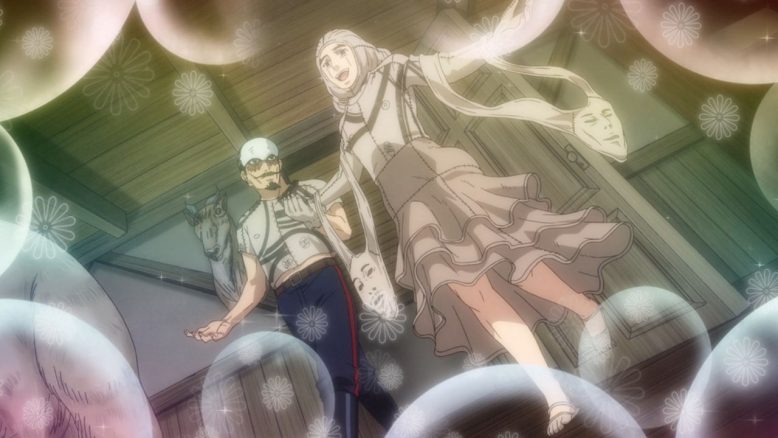 Then the second half of the show starts, and things definitely cool down a bit. The show ends up taking a bit of a breather in its second half, fleshing out the larger conflict around the gold, and providing some much needed backstory and context to a lot of the other major players and characters in the story. Its also here, where the show’s wackiest, weirdest moments take center stage, and where the element of bizarre in the story really threatens to overpower the entire experience.

Thankfully, the show manages to really bring it back after a few episodes, and really finishes off its 24 episode run on a very emotional and exciting note. If there’s one major flaw with the show and its story, its that it, like many other great shows of its ilk, doesn’t complete its entire story. A major part of the ongoing Ainu gold story is resolved, and the story certainly reaches a turning point… But its clear that what the show has shown thus far, is only a small chunk of a much larger story. The show, thus, ends on a cliffhanger, with alliances and situations shifting to newer, unexplored territory, and things gearing up for what seems like a new phase of the story. 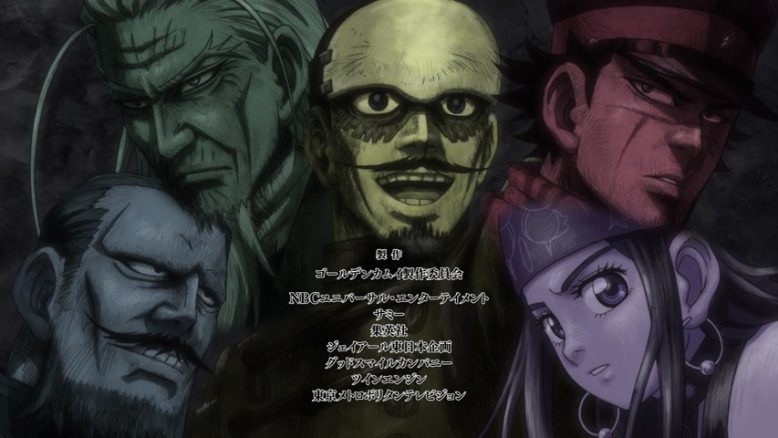 Is that a deal breaker? Well, I wouldn’t say so, if only because Golden Kamuy ends up, at the very least concluding and ending on the big mystery that it starts out with. There’s certainly more to the story, and more left to tell, but the big questions are answered. The show almost ends in a similar way to how 2011’s Hunter x Hunter remake ended, a major story milestone achieved, with more to come later. The big difference, of course, is that there is a larger conflict for the main characters to deal with, one that definitely leaves the viewer hungering for more.

Fortunately, its worth noting that Golden Kamuy as a franchise and a show definitely made it big and was pretty popular in its home country of Japan. While, as of writing, there isn’t a lot of material left to adapt, the commercial viability of the show definitely leaves the door open for another season or two later down the road. And if nothing else, this kind of satisfying 24 episode experience definitely makes a pretty strong case for picking up and reading the source manga of the same name. 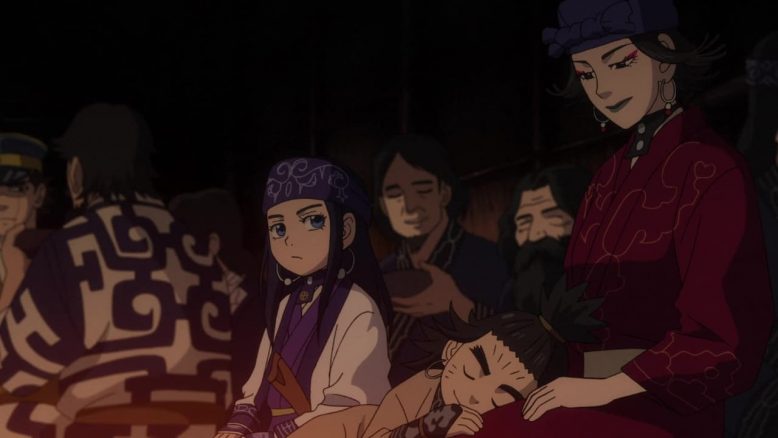 Ultimately, Golden Kamuy is perhaps the best representation of what a great anime series can be in 2018. In an age where anime series serve as little more than infomercials and commercials for the source from which it is adapted from, Golden Kamuy joins the ranks of shows like Shoukoku no Altair and Akagami no Shirayuki-hime in providing a limited but deeply satisfying look into a story and world that’s definitely quite endearing.

Now, it wouldn’t be anime series review without discussing the production values of a show, and to that end Golden Kamuy definitely has some unique traits there as well. While the show doesn’t have anything remarkably jaw dropping or ear shattering, what it doesn’t have in flash it more than makes up for in style. The animation and art direction in particular is stellar, with an excellent sense of atmosphere and a real control over tone. What’s remarkable about Golden Kamuy’s visuals is how distinct of a picture they paint of Hokkaido’s country side, whether its the snowy mountains in winter or the more flatter, plain like areas and cities in Spring. The show just does this remarkable job of presenting a visually breathtaking historic Japan to get lost in. 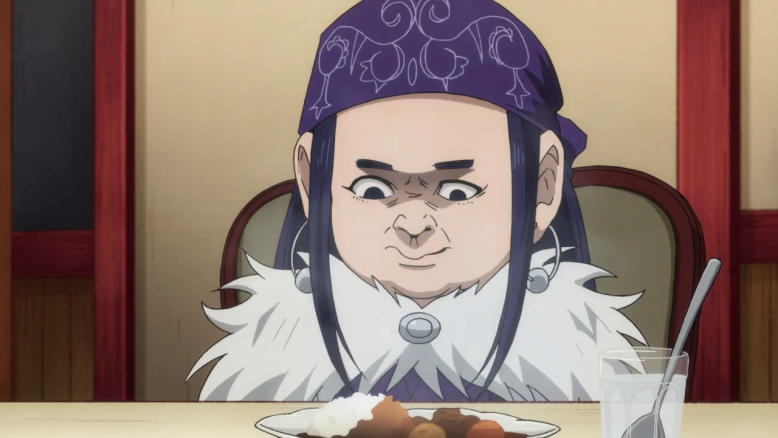 The character designs, also beg special mention and recognition, as the world of the Ainu and the post war early 1900s military designs that the shows various characters sport are exceedingly stylish and well realized. And while that unique sense of style is definitely impressive on its own, what makes Golden Kamuy’s characters so darn interesting is in how the show will distort and almost cartoonize their faces, giving them really comical and over the top expressions that just really add a sense of weirdness to the overall story and experience. Again, its the unique art direction here that really helps give Golden Kamuy its own sense of identity and feel, something that more shows could definitely use these days.

Finally, its worth noting that even the music for the show, definitely has its own flair and feeling to it, mixing more contemporary Japanese pop-music with the sort of tribal tunes you’d expect from a culture like that of the Ainu. This, combined with the excellent sound design and stellar performances from literally every member of the cast, makes a show that just stands tall on all fronts. There isn’t one seiyuu here that doesn’t do a phenomenal job, especially when given characters that really do swing from the extremely realistic to the crazy cartooney. 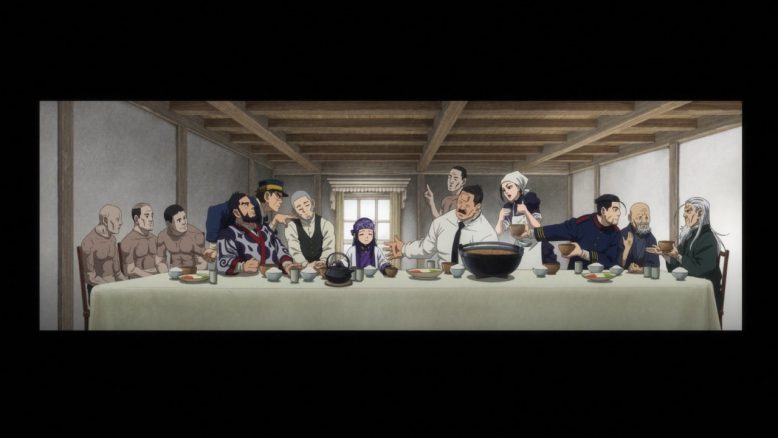 In the end, its worth lauding Golden Kamuy as one of the years best shows. Its different, unique and something truly special, a breath of fresh air in a year of predominant sequels and known quantities. Golden Kamuy is the sort of property that the anime industry desperately needs, not an examination or deconstruction of the tried and true, but rather something truly new and original. While the more bizarre, almost contradictory nature of the show’s tone and style will definitely weird out some people, Golden Kamuy is definitely the show to watch for those looking for something new and fresh.