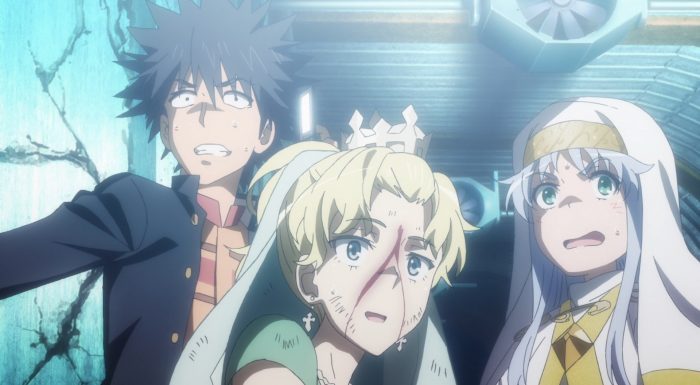 Its certainly getting difficult to talk about To Aru Majutsu no Index III in any meaningful way. The show is just kind of fine. It can sometimes exceed itself and its limitations, and at those times, its really fun to watch. The rest of the time? Well, it just kinda moves along, quickly adapting as much of the source material as it can manage. 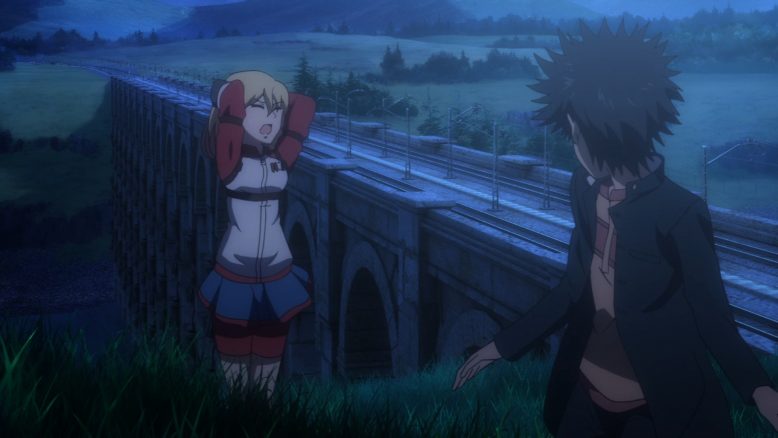 While this arc certainly started as one of those rare fun times, its since then devolved into the fast paced, kind of hard to follow at times mess that we got when the show first started. Things aren’t as bad as the Accelerator focused arc, but they’re still veering into overly complex and somewhat boring as a result.

The thing that’s kind of muddled the waters a bit, is the reintroduction of Accqua. His interactions with Touma baffled me this week, since his original plan was to take out Touma to prevent the war that’s now going to happen. Yet, this week he saves Touma because he’s afraid of Fiamma basically wrecking havoc and destruction over England, should Index and Touma disappear. But if that’s true, then killing Touma and Index would’ve always resulted in the same scenario. 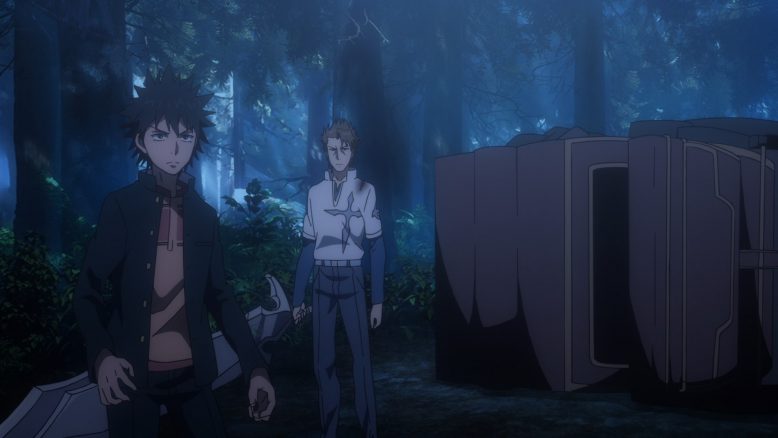 Now, I’m sure there’s some missed detail that explains this whole change of heart that Accqua has, but the episode doesn’t present it. Thus what I see is a character that’s just inconsistent and only being driven by the plot. And, as a result, I don’t enjoy watching any of Accqua’s scenes or battles, because the character and his whole motivations don’t seem to make sense. Plus, every time this guy fights, some of the weirdest overly complex magical stuff seems to come into play.

Thankfully, it was Touma that got the majority of the episode’s attention this week, although that didn’t help things too much. Touma is basically the guy who needs to go and destroy the big sword that’s causing this mess, Cartana Original. Which, of course, our idiot Second Princess has control over, and thanks to Accqua now seems to be in a rather tenous relationship with her army as the Head of the Knights has been dispatched. 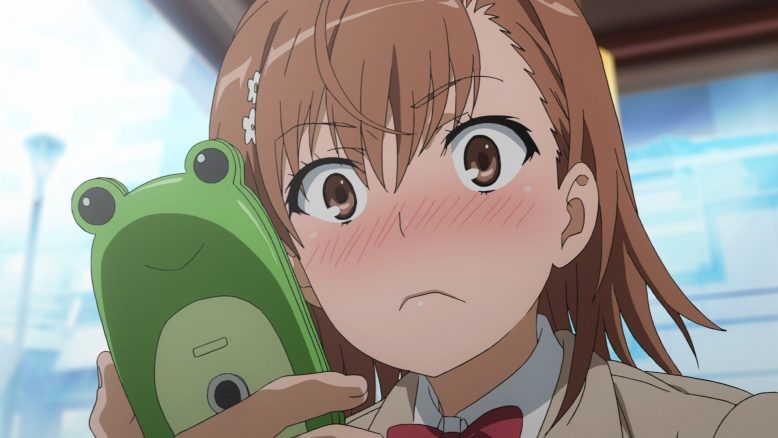 And its not like there weren’t some fun moments to be had in this episode. I particularly enjoyed the dial back to Misaka in Academy City, and her realizing just how big of a deal Touma is. My hope here is that Misaka starts to accept the difference between her and Touma, and then steadily works to deal with that reality rather than just give up on him. The fact that the show and the story are taking great pains to keep Misaka in the picture in almost every Touma related arc, does give me hope.

Of course, both the Misaka scene and the little party that the Amakusa host, felt a bit out of place because of how fast everything was moving. In the light novel, I’m sure the party was a good change of pace after all that intense action and fighting. In order for it to work in this series, it would’ve had to have been a stand alone episode, and not a few minutes after and before the rest of the important fighting happened. 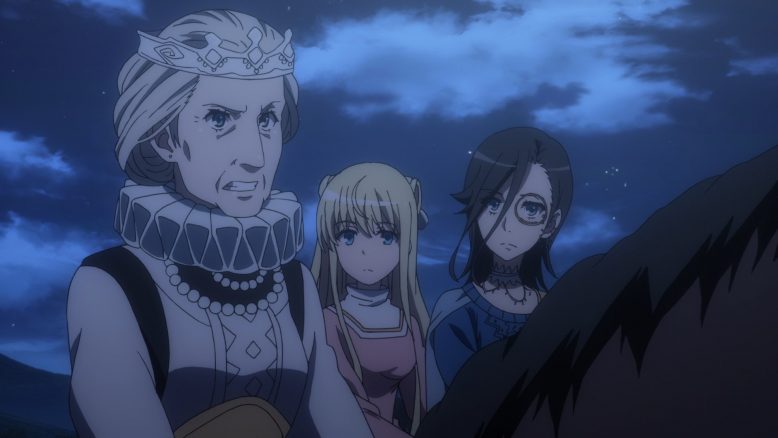 As for Touma and everyone else’s plan? Sure, seems fine I guess. I honestly, at this point, just want Touma to deal with the second Princess and to move on. The problem with this arc has always been the Second Princess, and how lame of a villain she is. At this point  she’s not even detestable, just an annoyance that I’d rather the show be done with.

I’m sure we’re in for some surprises. The Queen is definitely doing something with the Archbishop and the other princess, and Accqua is still going to fight Cortana Original, so its not like I can truly predict what’s going to happen. Having said that, though, I will say I’m not super jazzed or excited for next weeks episode. I’ll see it when it comes out of course, but I think Index III needs to get a bit more out of its audience than just passive watching.