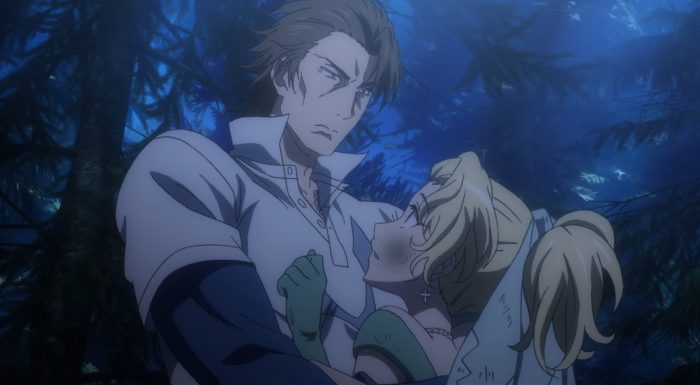 Halfway through the series, potentially midway through the latest arc, and To Aru Majutsu no Index III is still horribly inconsistent. Are things perfect, or even great? No not really. Are theyt better than they were  before? Yeah, sure. As it stands, its quite clear that the people behind this third season are more interested in mainting speed rather than providing accuracy or quality, and as such, what we’re getting is probably the best we can get, under these specific circumstances. 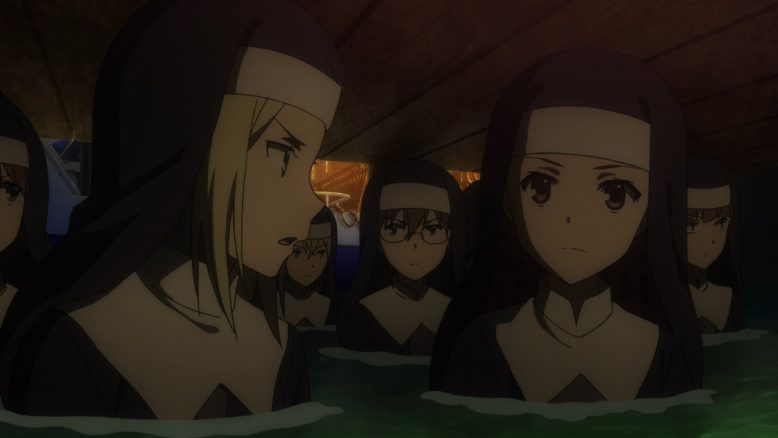 There’s a lot to wonder about with regards to To Aru Majutsu no Index III, but the question that I keep coming back to is why this show isn’t getting the attention and care it deserves from J.C Staff and its director. We’re at a point now, at least, where the story is comprehensible, and at times even fun, but if this week’s episode makes anything clear, its that there’s a lot of context we’re missing.

Now, generally, this would be the point where I’d point you to reddit’s anime discussion thread or something similar, but I’m honestly too tired of doing that. The reddit posts and extra information from the light novel are awesome, and a great service from those that take the time to do it, but reading those in order to get the full experience is not my idea of fun. I’m at the point where I totally get that I’m missing the true marvel and intent of this story, but I simply couldn’t care less. 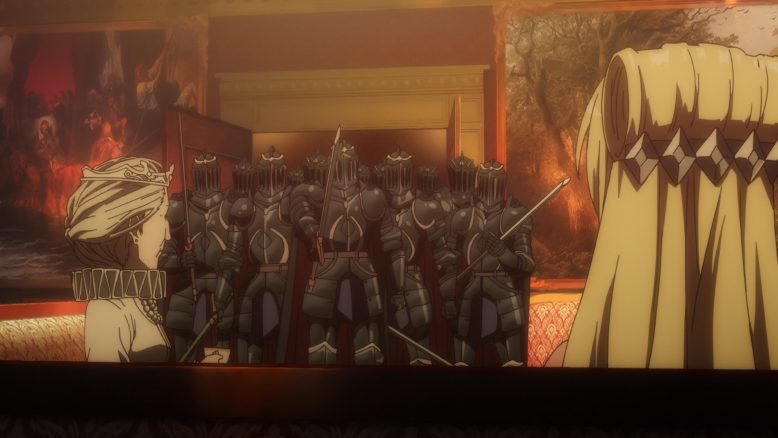 I’m invested in this franchise, but its no exaggeration to say that Index III has definitely cooled my passion for this story and franchise. Which, I think, is what happens when a show and story are made in the way this third season was made, without a regard for those of us who are anime only fans. I get that New Testament is the really cool stuff, but I can’t exactly say that I like rewarding the lazy way of just rushing to the good stuff as much as possible.

It feels like the people behind Index III have just forgotten how this franchise got popular in the first place. It is what it is, though, and if we look at this week’s episode, than it totally is evident, even to an anime only viewer like me, that we rushed through huge chunks of the story. 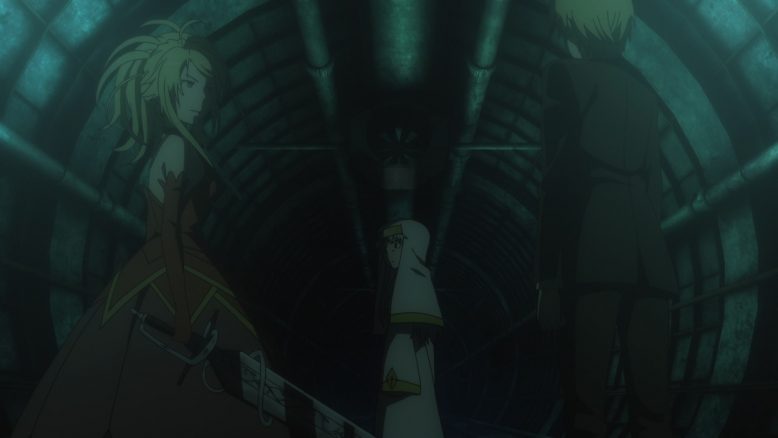 Main lead Touma and Index are pretty much shafted this week, and get little more than one or two scenes each. The decision certainly works, as the other stuff that happens this week is more important to the overall plot. I would have, however, really liked to have seen how Touma got on the train, and how Oriana is going to deal with the Knights. As for Index? She basically just analyzes and proves that France was indeed behind the Tunnel blast, and is more or less safe and done.

Now… As for the actual coup that’s being done by the second Princess (the war loving one), I have to say, I’m less enthused by all of this. The whole thing just reads as said second Princess panicking because  she can’t deal with this upcoming war. The whole idea of just going independent and not allying yourself with some sort of ally in this war, just sounds insanely stupid. England can’t take on France, AND Academy City AND Roman Orthodox church and hope to survive here. The few allies England does have, are now completely in the wind, both in terms of Nessesarius and more powerful beings like Kanzaki. 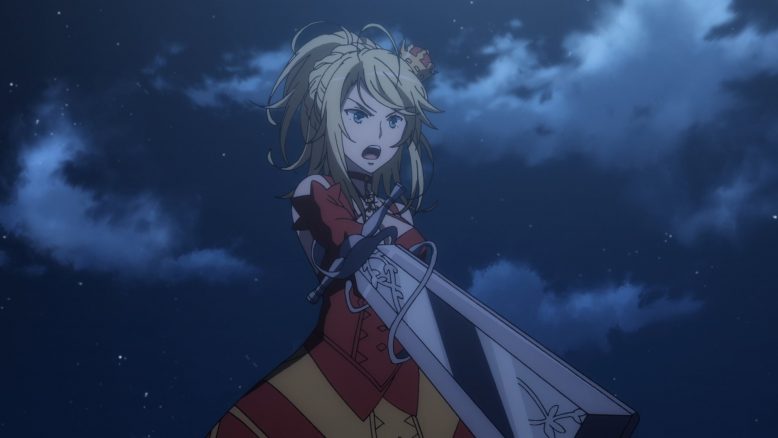 All of it just reads as a scared temper tantrum that an incapable leader would make against their own subordinates, rather than actually deal with reality. What’s sad, is that not only is this dumb princess doing this, but she’s actively using her own fear to justify satisfying her lust for power, and killing her own family in the process. I get that that is taken from European history as a whole, as that was pretty common, but there’s just something dissonant about seeing an anime version of a European princess, who’s a bit of a yandere, go ballistic and make a mess of things.

Plus, the fact that the Leader of the Knights of England is following her because he “had to pick a side”, is just insane. Accqua’s actions, seem a lot more noble, even if it is all about being selfish and protecting a princess that he clearly cares about. The problem with William Orwell/Accqua and his whole battle with the Leader of the Knights, is that I’m just not too invested in this. 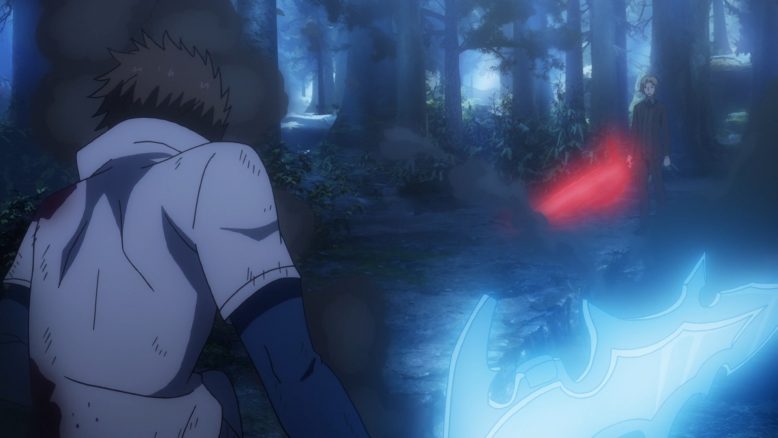 The last arc briefly showed us a scene about Acqua and his history with everyone that’s being featured in this story, but it wasn’t enough. In order to raise the stakes and make things interesting, you need time for the audience to get interested and attached to certain characters. Since we only met Accqua properly an arc ago, and at that point he really was nothing more than the antagonist of said arc, well… That makes his whole fight for the princess and his country seem a lot less noble. Accqua was ready to kill Touma to prevent this situation from happening, so he isn’t exactly the most likeable or noble guy either.

And really, between all this kerfuffle between the Princesses, the Queen and the Knights, everything else is kind not all that important. I did enjoy the random comedy bits which result from “anime and light novel”-ifying certain characters like the Queen and the princesses, but honestly, I was kinda bored. I’m more interested to see what happens when Touma arrives on the scene, but until then, everything else feels like a bit of a waste of time. This whole infighting between the royal family just seems pointless when they have bigger fish to fry. Its a time to be united, not usurp the throne, and unfortunately, that really is the crux of this arc. 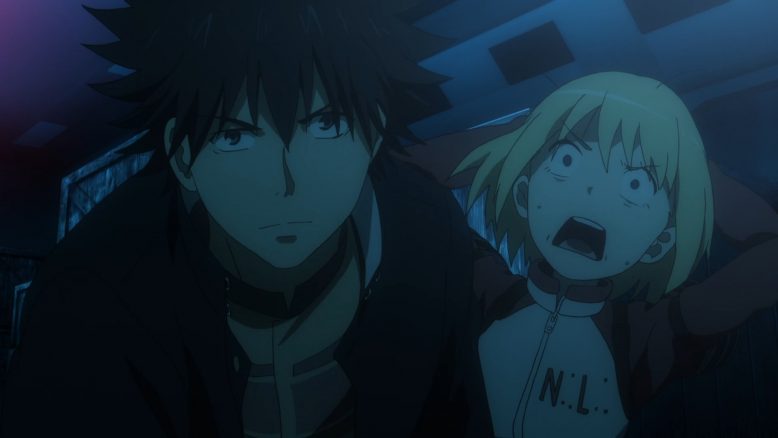 Will we get a moment of Touma punching the second Princess in the face after he Imagine Breaks her sword? I dunno, but I wouldn’t be surprised if that is where we end up. In any case, I’d say this arc is going fine, even if the initial steam was kind of lost by the focus on newer characters that we just haven’t gotten too close to as an audience. I suppose that’s going to happen a lot as this show continues to barrel through the content its adapting at a breakneck pace. At this point, us anime-only viewers are kinda being held hostage to the whims of those making this season. We’re in the third season, we’re invested, and our complaints don’t really matter at this point. That’s a sad and difficult place to be in, to be mistreated as fans of a franchise that has been MIA for 8ish years.