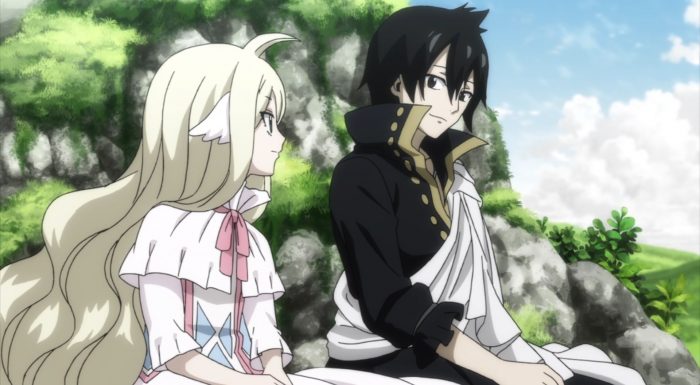 Well… Things are certainly moving fast here. I suppose it was too much to ask to have a complete, thorough and slow adaptation of the whole final segment of Fairy Tail’s story. Fairy Tail’s Final Season is definitely making sure it covers everything important, but it isn’t taking its time while doing so. Fairy Tail Zero’s second part, which I assume was pretty chunky in the manga, is now reduced to little more than an episode where we get the cliff notes of what happened between Zeref and Mavis. 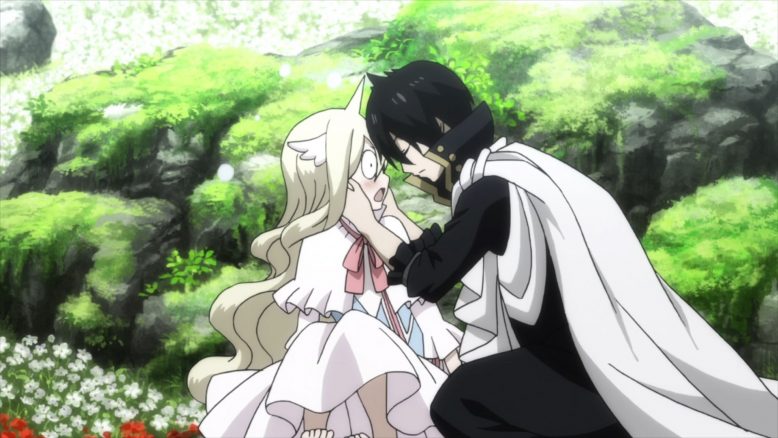 And the story here is pretty darn good. As a concept, I can see the elegance and simplicity of it, for sure. What’s great about Fairy Tail is that after all the magic and fantasy is stripped away, its a story that features very human-like characters. Zeref and Mavis’s love story, which we learn about this week, is really the backbone of this final conflict between Fairy Tail and Zeref’s new empire.

What I really liked about this episode, is that it kind of put a few more unanswered questions and problems I’ve had with Zeref, to bed. Re contextualizing the curse that Zeref suffers from as a curse of contradictions, really explains a lot with regards to the character. It explains how he can at times be so timid, so kind and so sensitive and at other times be ruthless, dominant and evil. It explains why he’s known as Zeref in one continent and the emperor of a huge empire in another. My earlier question last week, of how exactly Zeref could find the motivation to start a country, is more or less answered by him as he takes to Mavis. 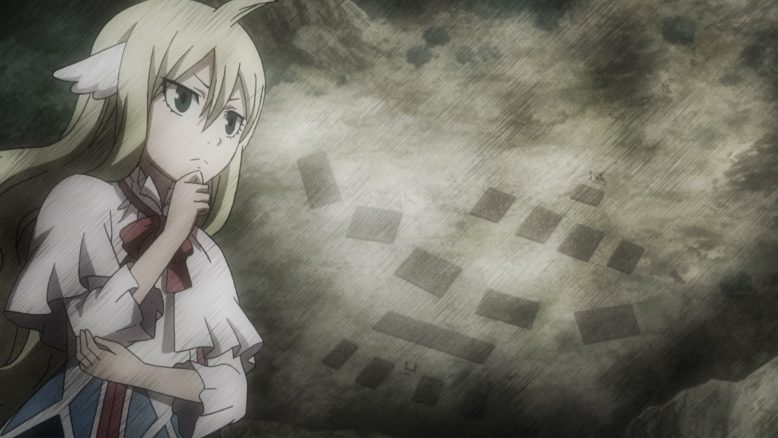 As for Mavis? Man is her story just full of tragedy. As a child she’s mistreated by her guild on an isolated Island. Her guild then gets attacked and annihilated, leaving her alone. Then she joins Yuri and Co, getting some measure of happiness and companionship, only to then have to use Law to save them and curse herself with the same curse that Zeref got.

I must say, I like the actual rules for who gets this curse. I’m not entirely sure if its based on some deity like these characters believe, but I do get that if you start to play with life, then you get some kind of extreme cost associated with it. Humans shouldn’t have the right to determine who lives and who dies, so in the Fairy Tail world, if someone does commit the ultimate taboo of messing with life and death, then they get hit by this curse. 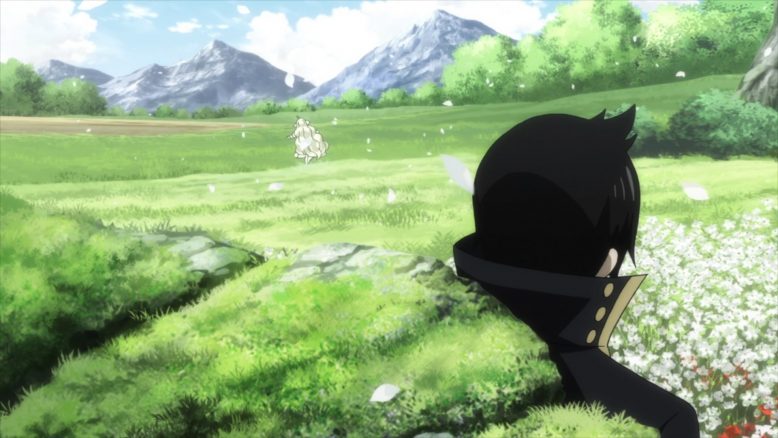 Interestingly, what this does, is it suggests that Magic as a whole isn’t something natural or needed. In a lot of eastern cultures and  a lot of religions throughout history, magic has never been looked at kindly or approvingly. Its often associated with evil, and rarely brings forth happiness. Zeref and Mavis’s stories, are stories of weak people who relied a bit too much on magic to solve their problems, and suffered disastrous consequences as a result.

Now, I’m sure Fairy Tail Zero covered both “Trade Wars” and the establishment of the “Guild Council” in more detail, but this week we do get the cliff notes on this particular world building. I will say, Its all pretty standard here, and what Mashima-sensei is doing is drawing from the real world and basically molding it to fit into his Fairy Tail universe. The Trade wars are basically the World Wars in our world, and the council is the “United Nations/League of Nations” that was formed after all the destruction. Instead of science causing all this destruction and death, its caused by magic and its involvement. 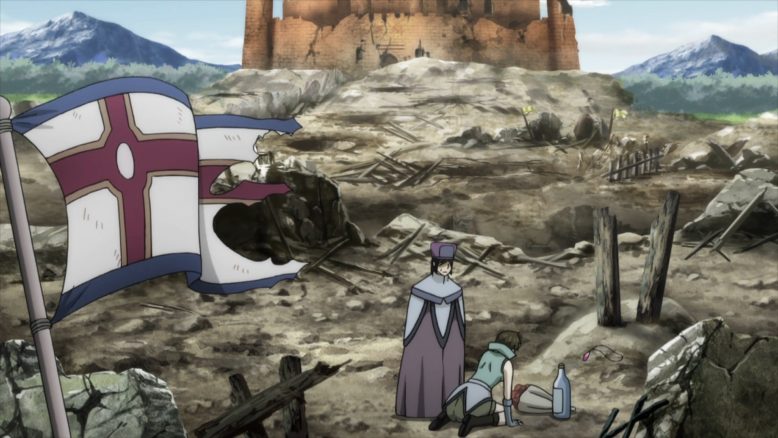 Nothing too original here, but it works. The other major thing, however, that we see, is the birth of none other than Fairy Tail geezer and Guild Master, Makarov. Seeing Makarov as a baby is definitely a weird experience, but it does really tell you how far set Fairy Tail Zero really is. There’s so much lore and history that’s still untapped in this story, and I actually wouldn’t mind seeing Makarov’s life shown off as well, as he’s a character that had his own sense of adventures and basically molded Fairy Tail into what it is now.

Of course, with Makarov’s birth, comes the final straw that really breaks Mavis’s back and leads her into the darkest depths of despair. I actually don’t think Mavis kills Makarov’s mother, despite what she herself thinks. Its the death of Makarov’s mother and his birth, that I think actually triggers the true understanding of life’s meaning for her. Which in turn, kicks off the curse and then basically isolates a much younger and more timid Mavis in the same way that we saw Zeref all those years ago. 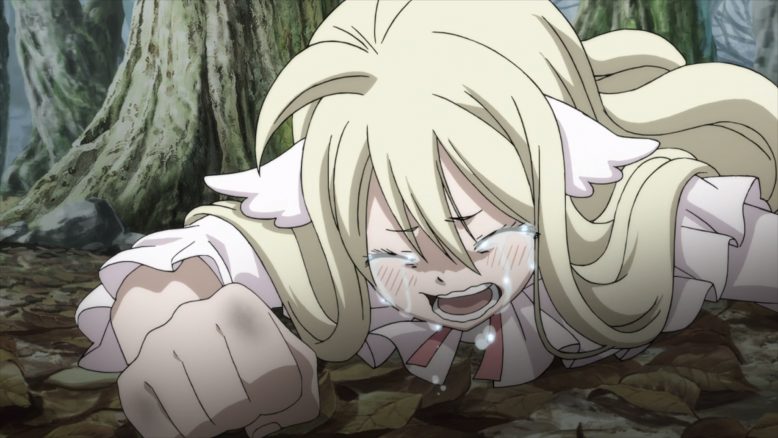 The two of them meeting again and falling in love isn’t surprising. They’re both immortal, they’ve both suffered heavy losses and they’re both in the same sort of situation. For Zeref, actually getting a companion and partner that he can live with and perhaps ride out the rest of eternity with, is perhaps the biggest boon he gets.

Of course, The curse of contradictions isn’t going to just allow its recipients to be happy, and its from this love (which the franchise puts as the root of all magic), that a final contraction is born, and Mavis dies. Again, this is sad, but it makes sense, and it definitely shows that Zeref, for whatever he may do or not do, is stuck suffering for eternity. 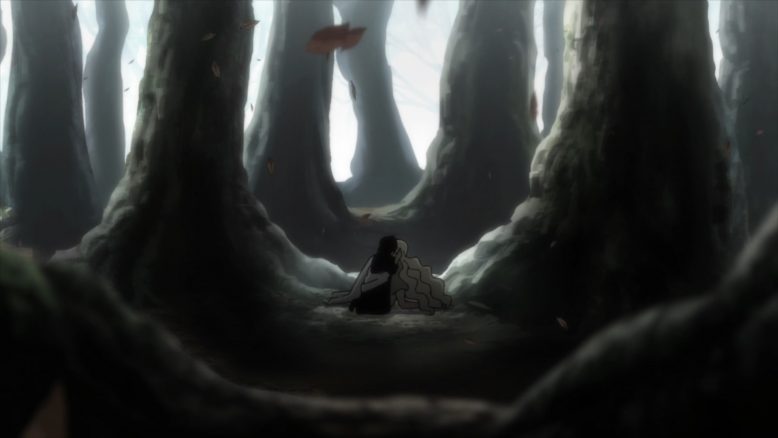 Is the impact of this moment where the immortal Mavis actually dies lessened by the fact that her falling in love and dying happens in the span of a few moments? Yes. It is, and I definitely would’ve liked to have seen some more time and perhaps a slower burn towards the two of them falling in love. The death and loss would’ve been a lot more powerful, but I suppose with just 52 rumored episodes, the show can’t afford to dilly dally on the larger fringe details as much.

In the end, I’d say this episode accomplishes what it sets out to do, which is succinctly give us the goods on Mavis and Zeref. The only major question left now, is the question of how Natsu ended up with Igneel, and then I think we’re poised to head towards the final battle and conclusion. Natsu being END is the show’s final major bombshell for its characters, as I’m sure both Natsu, Lucy and Gray are going to react to this in very different ways. 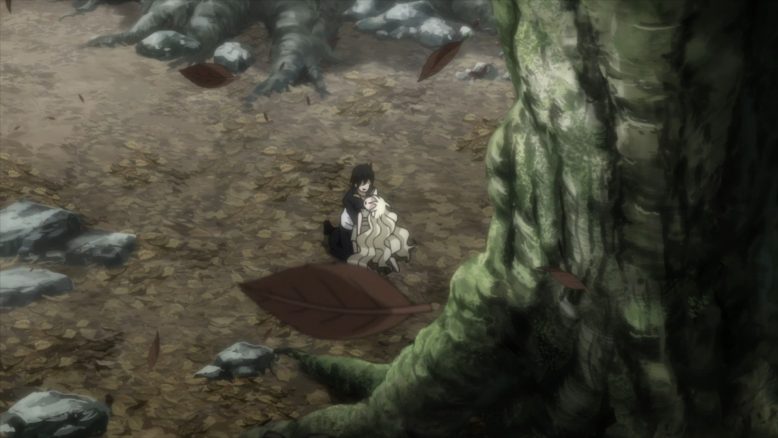 We’ve seen that Natsu, despite being a pretty gaar and strong shounen protagonist, has a sensitive and vulnerable side to him. We’ve seen the guy cry at the death of his parent Igneel, and we’ve seen him cry from fear and weakness in the S-Class Mage arc. How exactly will Natsu react to the fact that he’s basically a reanimated corpse that’s more akin to something like the Tartaros demons, rather than an actual human.

I’m certainly interested to find out. Overall, while this episode definitely left me wanting a more expanded and detailed version of events, we got what we needed, and I suppose its worth keeping expectations firmly rooted in reality. Fairy Tail is NOT a Naruto, Bleach or even a Boku no Hero Academia. Its a shounen series that’s popular, against all odds, and I’m honestly just glad that we’re getting a complete adaptation at all. I say that every week, both to deal with my own sadness at getting a truncated experience, but also because I do want to note how amazingly rare it is to get something like this for a series isn’t on the powerhouse level of say One Piece, Hunter x Hunter or even Naruto.