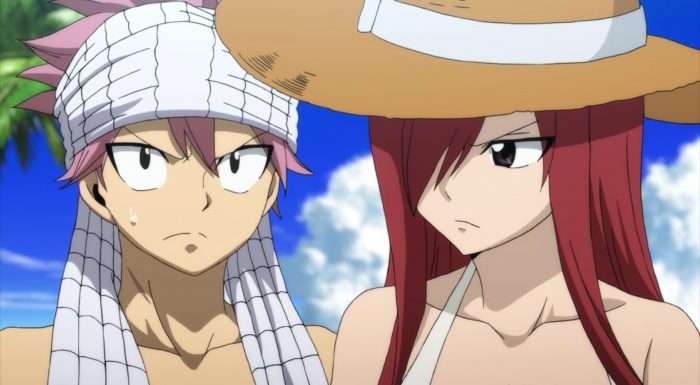 Sometimes there’s not a whole lot to say about an episode, other than it was just… Good. Not exceptional, not terrible, just good. Fairy Tail gave us that kind of episode this week, and while it may not have been the most glamorous showing from the show, it certainly kept things moving along. 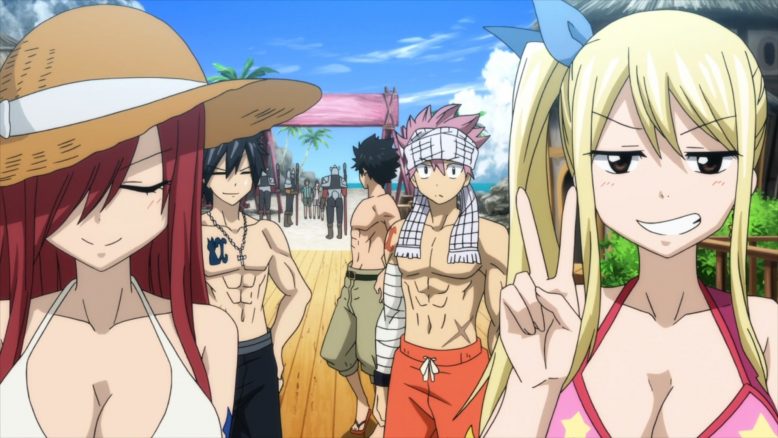 Its very rare, I believe, for long running shounen shows to not have episodes like the one we got this week. They’re the pathway, the connective tissue that binds all the awesome memorable moments together. And really, beyond some minor world building and what not, this episode was basically just setting up whatever is coming next, which is all out confrontation between Ishgar and Alvarez.

I will say this, while it definitely feels a bit hamfisted and forced, I do appreciate the added detail that’s being put in the politics of Fairy Tail. The show has, until this point, really just focused on the Fiore Kingdom, with the second movie hinting at another country elsewhere. All of a sudden we have continents and empires, which definitely adds a lot to the mix, even if it probably should’ve been added into this world from the get go. I mean, if nothing else, it feels like its a bit too late in the game to be expanding the world, as appreciated as it is. 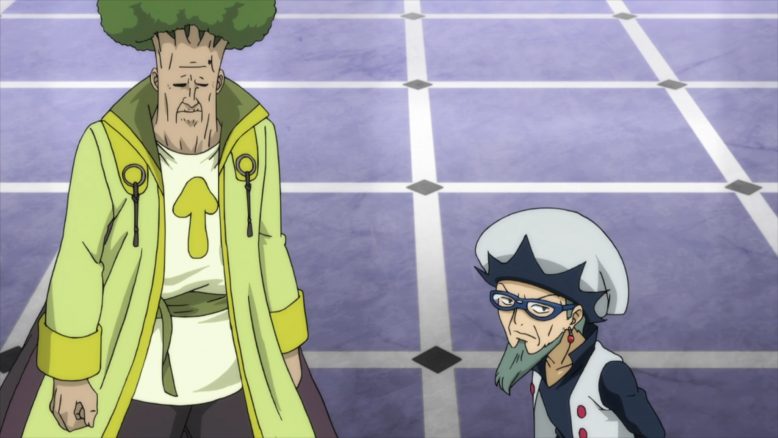 And it is appreciated, because the little wrinkle of having these Emperors of Ishgar, with one of them defecting over and joining the rival empire, is pretty nice. I’ll be honest, none of these “emperors” seem all that impressive to me personally, as Natsu could probably wipe the floor with all of them from where I stand. Maybe they’re supposed to be stronger than Natsu, but power levels are kind of all over the place after the time jump. I suppose we’ll have to see where the show ultimately sets everyone up to be.

As for Natsu and the Infiltration team, well, they put an end to the infiltrating awfully quickly. It makes sense that not only Natsu, but Lucy, Gray and Erza jump on the attack as soon as a young kid is threatened, because honestly, you can expect a team with these characters to be subtle and careful. Maybe if it was just Mest and Gray, but everyone else is pretty bad at the whole sneaky sneak thing. 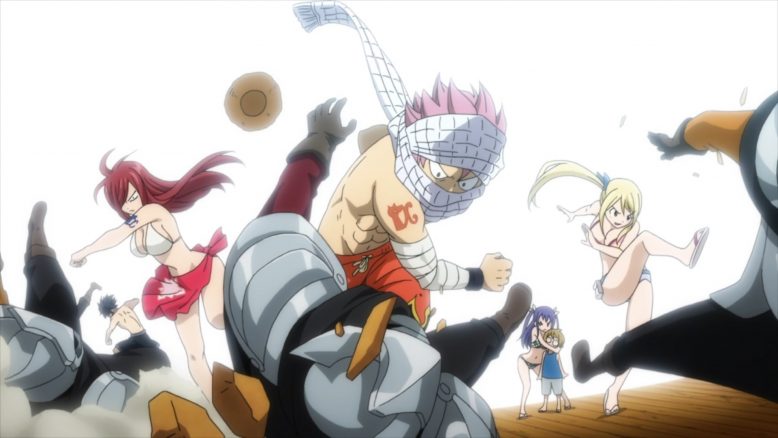 Thus, rather than be an infiltration segment, the show basically used Natsu and the rest to provide some comedy and basically move straight into our first confrontation with the Alvarez empire military. Now… I’ve talked a lot about this show’s strengths since it came back, so I think its worth bringing some criticism to balance it all out.

One of Fairy Tail, the show’s, biggest weaknesses IMO is in its lesser antagonists. None of these villains/enemies or whatever have you are particularly deep or interesting, and are more or less just cannon fodder with some kind of weird personality quirk meshed in to keep them from being totally forgettable. Case in point, Marin Hollow is your typical weak Fairy Tail antagonist, and his whole sexist lady man slant and man hating thing is just, old and uninspired. 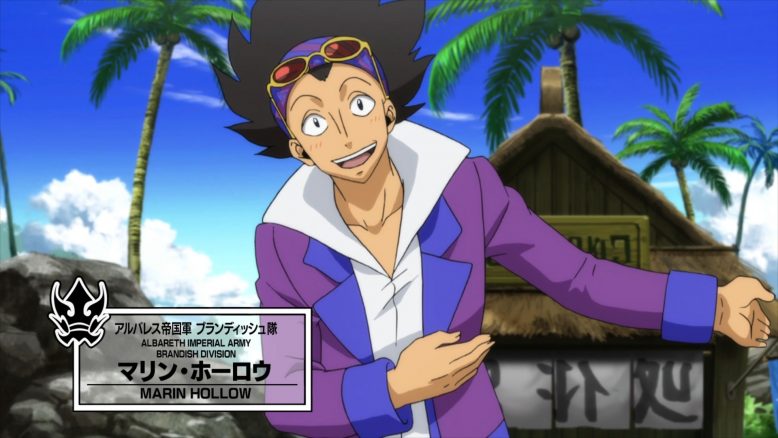 His power is a bit more interesting, in that its pretty darn over powered. Marin has the ability to basically control the very concept of “space”, so any kind of magic that revolves around reaching into other dimensions, teleporting e.t.c, is render useless around him. He also can’t really be attacked or hit, since he can just teleport out of the way. As it stands, that’s near unbeatable, and the show and the story have to do SOMETHING to rectify this.

Either Natsu and the rest come up with some clever way to deal with this (which is always fun) or the show depowers the guy and provides some kind of weakness. Either route works, but I’m always more of a fan of the former rather than the latter. 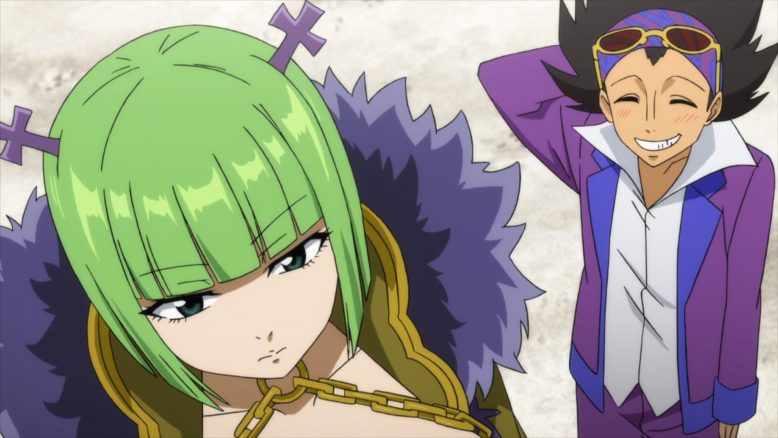 Of course, if Marin wasn’t enough, there’s also the green haired woman named Brandish, who seems to have enough magic power to freak out both Gray AND Natsu. That’s about the only thing we know about her, and if she’s impressing both the Iceman and the Fire Dragon, then well… She’s certainly got some serious raw power. We’ll just have to wait till next week to see where this all leads.

Elsewhere, there’s Gajeel and his whole team, and their search for Laxus. I was actually kind of surprised to see this part of the story get some attention, as I expected it to either be addressed later or happen entirely off screen. Instead, we did check in with Team B, and all we really know here is that they too are heading towards opponents that they may not be able to take on all too easily. 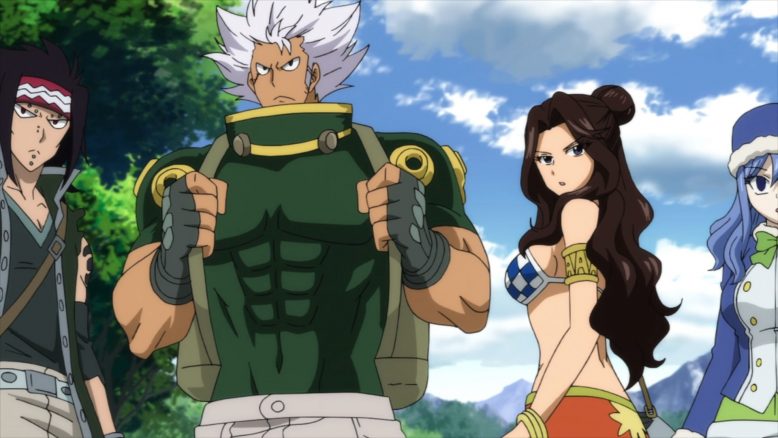 Which really is where we’re at this point. Both Team A and Team B are heading into dangerous waters, and we just have to wait and see what the waters actually are and what they mean. All’s good so far, with some nice plot progression, some solid comedy and some somewhat weak antagonist characters being thrown into the mix. I think next week, we’ll have a better idea of how long this Alvarez arc is planned to go for, and what direction the story is going to take to get to its eventual destination.