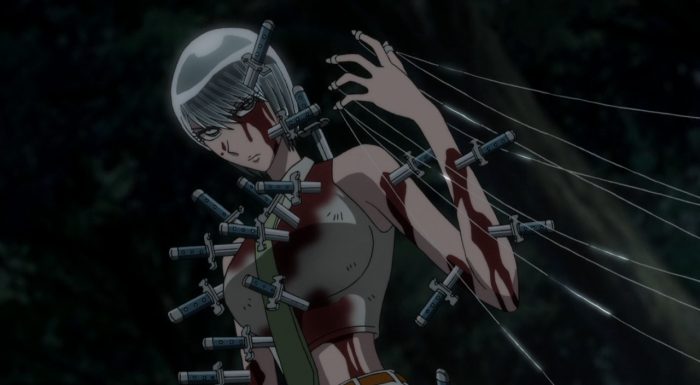 This certainly was a tale of two episodes. The focus this time more split between Narumi’s developing arc and also catching up with Shirogane and Masaru. There isn’t anything too surprising that went on with Narumi here. As expected he’ll continue on with this shady group. In the end Narumi is Narumi. He’s just the type that can’t turn away from this. All the more so since his guilt is driving part of that decision. He got this super healing body that both cured his Zonapha and ensured that no kids could be healed using it. Of course there’s no point in him feeling guilty. He didn’t decide to receive that and clearly these people only use that stuff on those they think they can turn into human weapons. Those kids were never getting that sort of treatment.

Regardless we’ve got the main cast split up and currently going down different routes. It is just a matter of time until those stories cross paths, but we’ll have to wait until they do. Narumi will be traveling around and crushing automatas for now. It will be interesting to see if they do take Narumi and Shirogane in strangely opposite routes. Narumi already threw on that mask, but he really could start going down the road as a single-minded weapon of destruction. Sure he’s doing this for the sake of the children, but he could get very self-destructive as he goes along. While at the same time Shirogane could be going further down the road of becoming a more fully developed person. How these two will interact after going down their current paths for a time will be interesting to see. 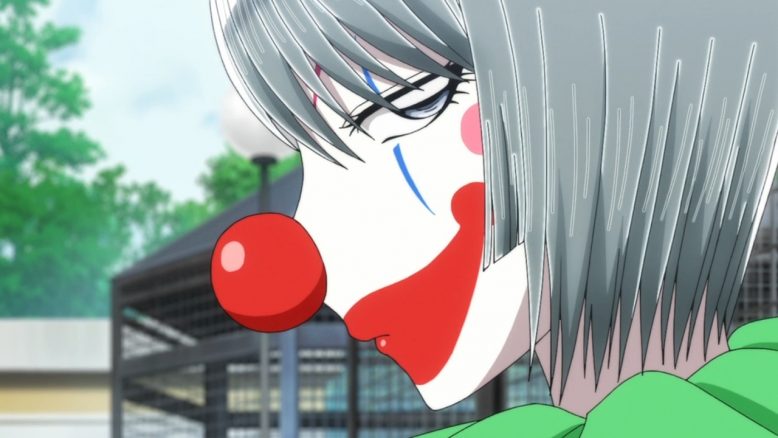 Of course the interesting stuff came from Shirogane and Masaru. These two are continuing to grow and find themselves as they go. Shirogane is becoming more and more her own person which is great to see. Of course that person still cherishes Masaru and wants to protect him no matter what. But at the very least she’s really stopping to think more. It is great to see her actually interested in talking to someone she didn’t know and stopping to think before killing. It’s tough to shake off being treated and raised to be a weapon by those scumbags. But she’s slowly getting there. Of course she’ll never lose her awesomeness or willingness to threaten the hell out of someone if they threaten Masaru. 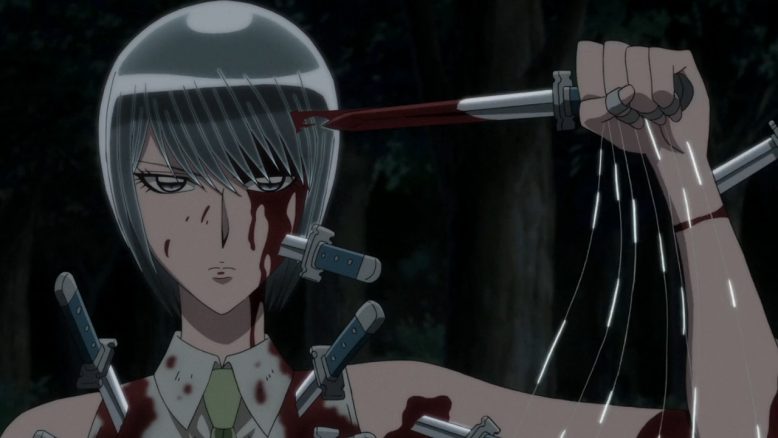 One of the more interesting things of course was finding out that Shirogane also has that Aqua Vitae inside of her. It does make me wonder why she was hospitalized at all after the prologue arc though. Maybe she was faking her injuries as an excuse to stay close to Masaru while he was in the hospital? I suppose it’s possible the injuries she suffered in that fight were so severe that even the super healing that stuff provides wasn’t able to instantly take care of it. Either way she’s the same as Narumi in that Shirogane can take a beating. I mean damn…she was turned into a pincushion and yet was still alive by the end of it all. It does make it a bit easier to protect someone if you won’t die that easily. I suspect though that every Shirogane is like that. 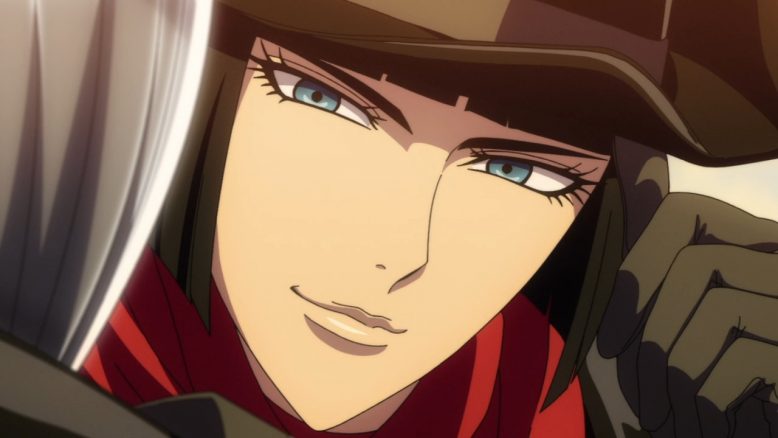 Another interesting thing to note is how they recruited Vilma after that big showdown. While Narumi’s fight was awesome brutality, there was an emotional angle to this one. Narumi will be slaughtering his mechanical opponents, while it is possible Masaru and Shirogane will be forming alliances. Vilma wasn’t the worst person though she was willing to do some nasty things for her job. I wonder if her brother really died or if he hit that worst state of Zonapha and the doctors simply hid that from her? Regardless you can see how she must have started assassination work to try and help fund her brother’s treatment…and once he ‘died’ she couldn’t stop or didn’t have any reason to stop.

Masaru was critical to that fight working out. He was able to tap just a bit into Vilma’s weaknesses. He’s growing more and more as this show goes along and reminded Vilma a bit of what she had been fighting for in the first place. She could have killed him at the circus without issue. But she did hesitate. I’m sure she would have killed him eventually, but she’s not an entirely cold-hearted monster so she wasn’t able to just immediately do it. And it is only thanks to Masaru that Vilma survived this. Shirogane may have liked the idea of finding friends, but she was willing to wipe her enemy out. It was only Masaru and a flashback to Narumi that kept her from going too far. 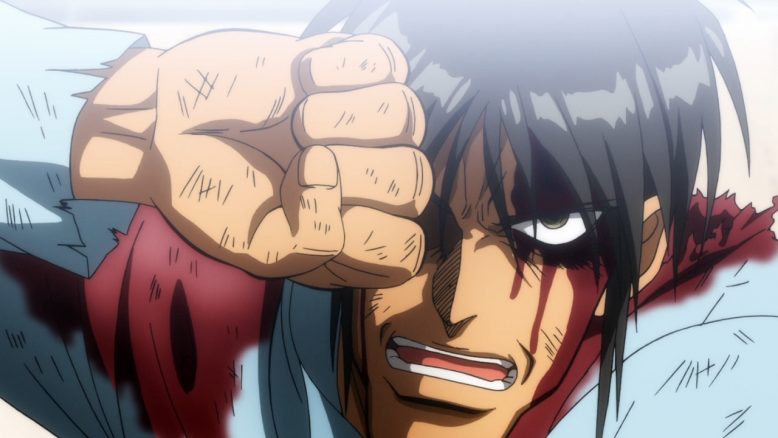 That circus is seriously lucking out with talent. You’ve got a potential financial sponsor (though right now Masaru doesn’t seem to be floating them money) in Masaru, Shirogane is freaking amazing as a performer, and now they’ve got an elite knife thrower in Vilma. This circus will both be full of combat badasses and really entertaining. Honestly if Narumi eventually returns to the team and finds a job in that circus then they’ll really be in great shape. I’m not sure when Narumi will cross their paths though. We still don’t know who hired Vilma to kill Masaru either. Eventually the main plot and those automatas will come across Masaru and Shirogane. Only at that point can I see Narumi entering the picture and then drama will hit hard.