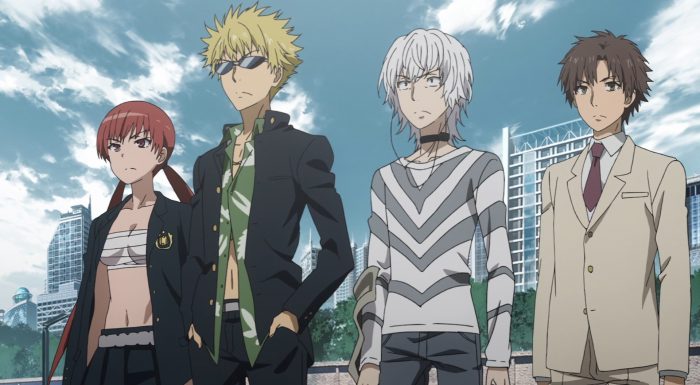 As we move deeper into the second arc of Toaru Majutsu no Index’s third season, a familiar problem is starting to rear its ugly head. Its a problem that, I think, seems to plague a lot of sequel adaptations these days, and its something that I wish Anime only viewers like myself wouldn’t run into as often as we do. If you saw my coverage of D.Gray-man Hallow, Ao No Exorcist S2 or even Shokugeki no Soma Season 3, then you’ll probably have a pretty good idea about what exactly I’m alluding to here. 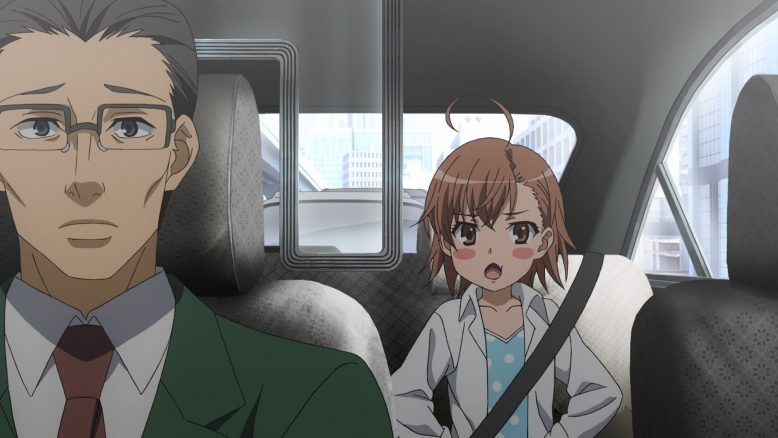 Yeah, once again, surprising absoutely no one, I’m going to be ranting about pacing, because the pacing for To Aru Majutsu no Index III is so horribly, horribly rushed and off quilter that its actively ruining the whole thing. What’s funny is that I remember that season 2 having some pacing issues as well all those years ago. Of course while To Aru Majutsu no Index II would rush through things here and there, the show was at least watchable and viewers were able to follow along without Light Novel familiarity. Between the last episode and the one we got this week, however, that is very much not the case anymore. Reading the light novel is almost required at this point, and its starting to become clear that Index Season 3 is NOT for intended for the general public.

To that end, as usual, I’ll point you to the reddit discussion thread for Index Episode 5 on r/anime, particularly Razorhead’s very helpful posts in that thread. Its a long read (as usual), but its almost necessary this week more so than before, because the thread actually fills in the huge amount of missing information that the anime cut out from the source material. 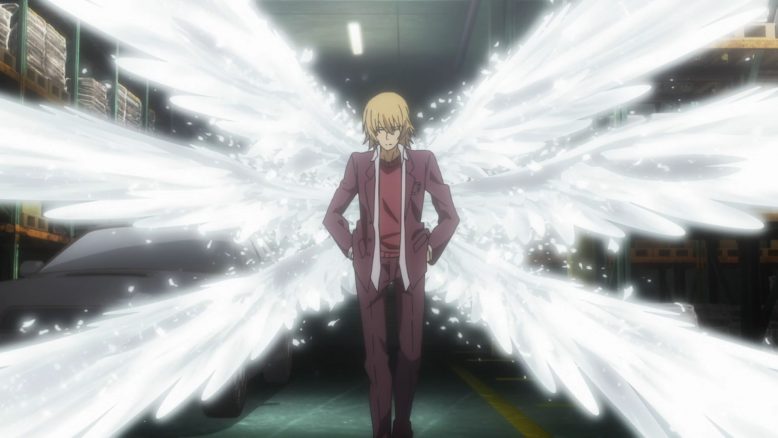 Now… I suppose I should clarify and state that despite my post last week, I’m actually not someone who’s ever read the Index Light novels. I haven’t wanted to, because I think reading translations of a Japanese light novel just doesn’t provide the same experience as watching an anime with JAPANESE voices and dialogue (not to mention the animation and visuals). Incidentally, this week, I really did feel like I NEEDED to read said light novels, because I really had trouble understanding what was going on. So, for those of you feeling completely lost and frustrated by what we got this week, well… I feel you, I really do.

The problem here, from what I can gather, is that the series is trying to adapt 9 light novels into 24 (or 26?) episodes. This is obviously a lot, and to put things into context, season 2 adapted 8 novels and was pretty rushed as is. But hey, if you remember watching Index II, you’ll remember that the show was at least watchable. Things made sense, and the plot felt decently digestible, even if things did happen a little too fast here or there. There were characters to latch on to, and the show did a good job of introducing and explaining things that seemed relevant. 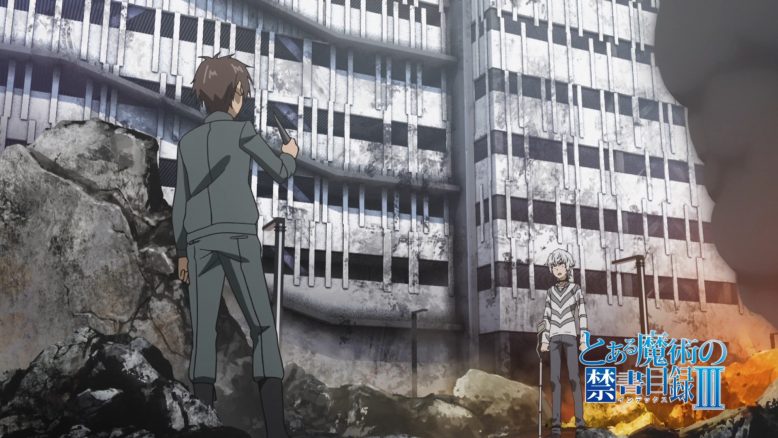 You’d think Index II was a decent follow up to season 1, but unfortunately its season 2 where the franchise’s problems actually began. See, Season 2 actually cut a good deal of content, content that’s actually important for setting up the events and story of season 3 (where we’re at now). I imagine the reasons for cutting out content and setup for Season 3 were pretty simple; The people behind the show at the time, didn’t expect to have to make a third season. Its the same sort of issue that a lot of people encountered in the transition between the first and second Ao no Exorcist seasons.

Ao No Exorcist Season 2 basically had to create a rough reset of sorts, in order to adapt a particular story arc that relied on setup from season 1 that just wasn’t there. Index III, unfortunately is in a similar boat here. There’s just no solid way to adapt this season without redoing the previous one, and that’s obviously not something that’s going to happen. 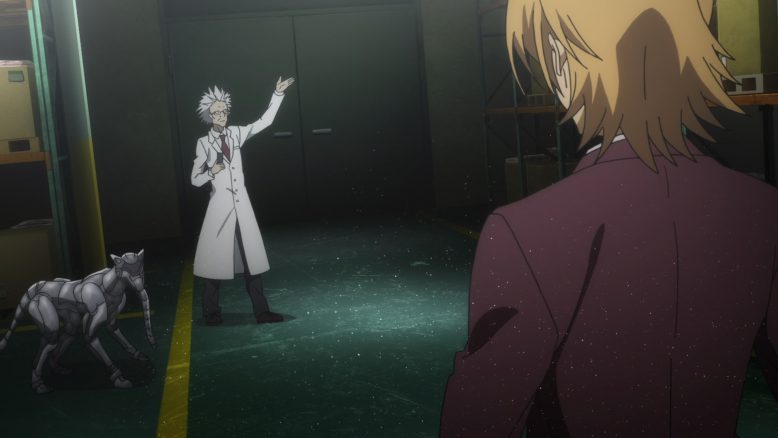 That I think, explains the weirdness we got in the first arc of the season, which basically served as more of an exposition dump than anything else. This second arc, on the other hand, is going the exact opposite route and not even TRYING. Which, I think is a darn shame, because while I can forgive the occasional omission here or there, there are some cuts this week that are so blatant that even I, an anime only viewer, am severely disappointed by.

There are actual fights whose conclusions are just cut out entirely this week. I mean, Eztali (the guy who can change faces and who works with Accelerator and the rest in GROUP) has this whole battle with a member of his previous organization right? Well Eztali takes this big risky gamble, and then the show cuts to Musujime right as he’s about to take said gamble, and then we never ever see what actually happened. He appears a few minutes later and meets up with the rest of group, and I think the audience is just supposed to infer that the guy was successful. 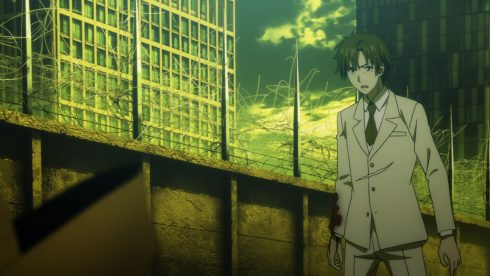 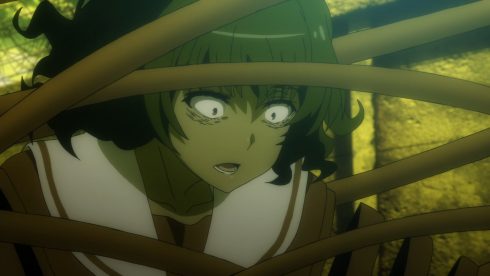 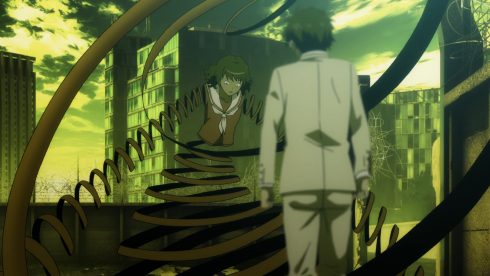 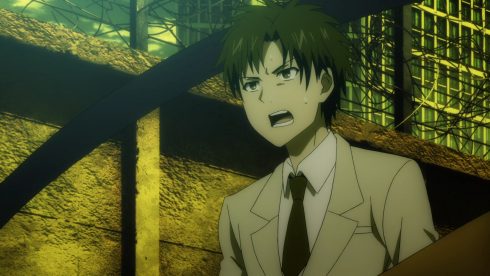 And that’s just one example, I can’t even begin to cover the stuff about how a new organization called MEMBER is introduced this week, or how every organization has a particular motivation for acting that the show NEVER reveals. Sure we know BLOCK is trying to find and kill Aleister, but as to why MEMBER fights GROUP (hint: they’re both on the same side) or why SCHOOL and ITEM are fighting each other? Well, who knows!

The anime doesn’t bother to explain that stuff, and its vital stuff that just can’t be cut out. Sure, its cool seeing Accelerator use his powers to defeat an ITEM teleporter (while cackling like a villain), or to see Musujime cut through her trauma and use it as a rouse But… I dunno, I like being able to comprehend things without needing to read a summary of stuff online. Its horrible adaptation work, and its disheartening to see that the people behind Index III are not even trying to make the show palatable for non-light novel readers. 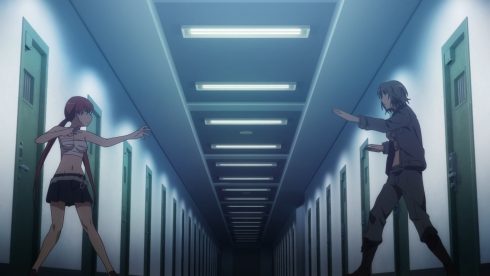 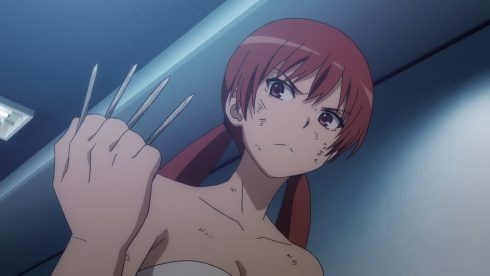 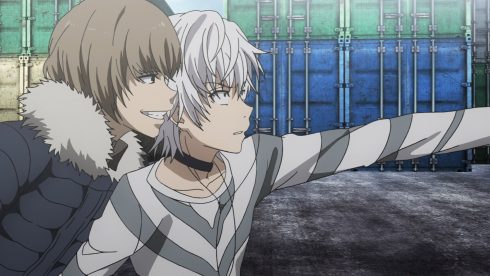 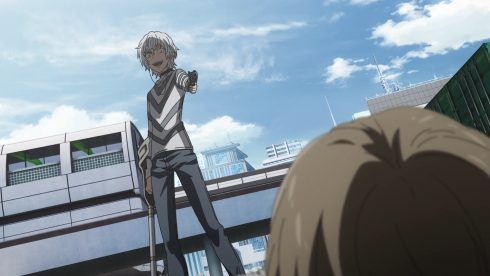 The focus seems to be entirely centered around adapting the content in the timeline that the show has rather than say… Planning things out in advance and spreading things over a couple of seasons. I mean, its not rocket science, the franchise has already done this once before with Railgun S. A big reason why I think Railgun S is so beloved by fans, is because it takes its SWEET time with the Level 6 arc and spends half its run time adapting a really emotional and powerful story. I’d rather Index III do the same thing and not try to cramm as much as possible into its 24 episodes here. If a better explained and developed story means only seeing one or two story arcs in this season, then I really am fine with that (and I’m sure other Index fans are as well).

I’m quite frankly kind of surprised that the people behind Index III are being as short sighted as they are. Its not like Index isn’t super popular… I mean, the Raildex franchise just announced another Railgun sequel and a new Accelerator series. Index is going to continue, so why not just take your time and cover some of the things planned for this season in the next?It just doesn’t make sense. 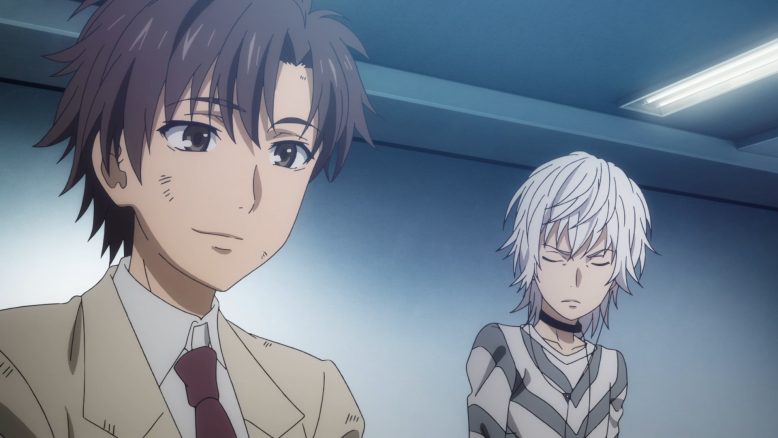 In the end, I guess the people behind Index III are just not doing a great job. I’m not sure if its the lack of funds, the lack of skill or some weird interference from the production comittee, but Index III is just damaging the Index brand at this point. This anime series has subpar animation, it has horrible pacing that’s just rushing through the story, and its basically unwatchable for anime-only viewers.

The whole point of anime these days is to bring in a wider audience to a franchise, but Index III is an anime series that only fans that have read the light novel can even understand, let alone enjoy. 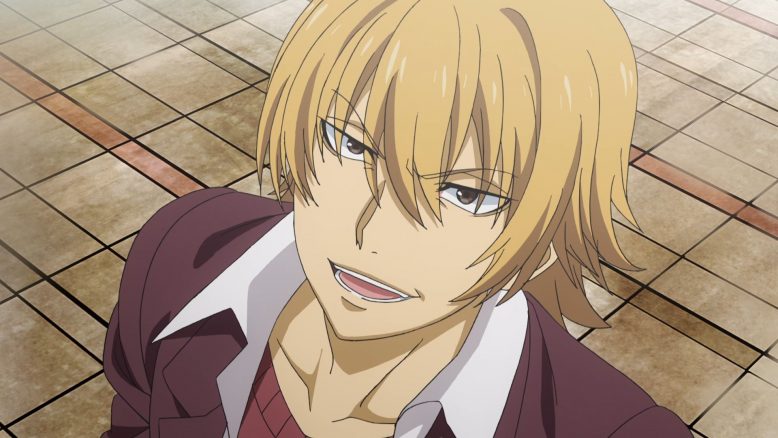 And look, here’s the thing, I don’t entirely hate this show, even if I am very disappointed with it. I’m watching it still, and I’m invested in characters like Accelerator, Musujime and the rest to the point where I want to see how this all ends. I cannot, however, say that this episode and this arc as a whole is anything other than a complete disaster. If people drop the show after this episode, I don’t blame them.

As for me? Well.. I’m going to continue to see how Index III goes. I will admit, however, that I am starting to wonder if its time for me to give up on this franchise entirely, and just kind of passively follow it. I’m certainly not the demographic that its catering to, and after so many years of waiting for this season to come, well… That really hurts.