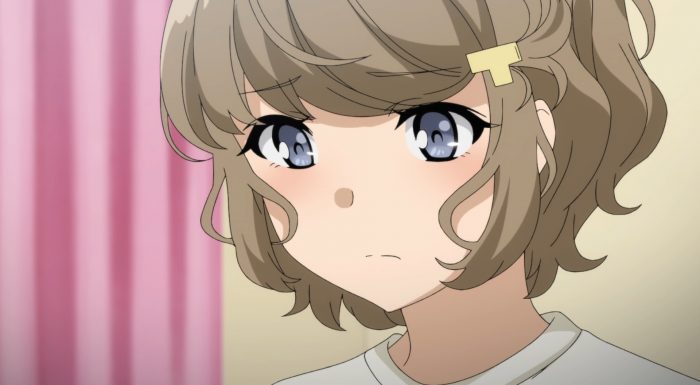 Things in this episode went better than expected. At the same time the episode does seem to be setting up a potential crisis on the horizon. That may be a given though since they aren’t likely to simply let time pass and have this arc end without some big finale. And honestly it might get a bit scary with how they left the episode off. If Koga is honestly falling for Sakuta…she might actually try to control these time loops herself to prevent this fake relationship from ending. At that point she’d truly become a demon. That might not be a full blown crisis so long as Sakuta knows what is happening and can try to stop it. But if it becomes like with Mai’s situation and he becomes unaware of the time loop…Well for now that’s just random speculation so no point worrying about it.

This guy is fun

I do think that they might be in for trouble though. Koga might find comfort in the idea that Mai isn’t as far as she knows in love with Sakuta. If she thinks he’s full of himself then she should remain happy with the status quo. But if she thinks it is the case then who knows. I’d say Sakuta has done a decent job making clear he’s not falling in love with this girl, but that may not stop her from falling for him. A heroic rescue of the girl when in a pinch could certainly sway her heart. And in that respect this issue is unresolved. Koga isn’t a bad girl, but she’s incredibly dependent on others. She lives terrified about losing context in conversations or her position within her group of friends. Nothing so far has resolved that basic issue.

Maybe we’re seeing a flaw in Sakuta’s policy of just having one person that needs you being enough. That can potentially leave you very reliant on that one person. If that one person needing you is the difference between being happy and oblivion a person could get rather desperate to keep the status quo. And Sakuta not going to fall for Koga and won’t turn this fake relationship into something real. The situation also feels more like he’s someone she needs. His point was more along the lines of having one person that needs you. And sadly Sakuta doesn’t really need Koga, although I don’t doubt him in that he wouldn’t mind having her as a friend. 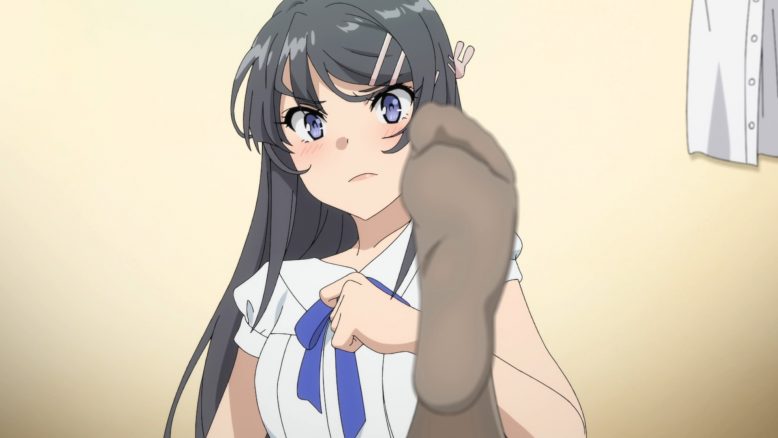 Mai is a goddess this world doesn’t deserve XD. I truly love how she showed up and handled things with Sakuta. Heck it wasn’t even to Sakuta’s expectations of laying into him at all. She knows that he’d probably just enjoy her going into a jealous rampage XD. And somehow she does manage to keep her cool despite being in his room while he’s in nothing but his underwear. Even if she isn’t 100% calm and collected it is impressive she stayed as calm as she did. Honestly ever y scene in this show with Sakuta and Mai is freaking gold. Even she knows there isn’t much to say if the reason he got involved was because Koga reminded him of his sister’s situation.

It was a fully cute moment as well that she also showed up to give Kaede a present. Mai knows it is important to work some magic on the younger sibling XD. In reality it is sweet that she does want to help Kaede in her own way. Not going to be easy getting her back into the world, but little things can add up. 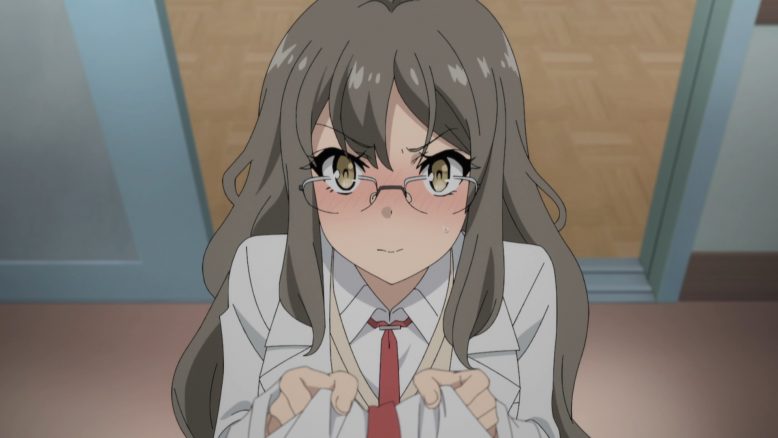 There was just so much good in this episode. They are still building up the Futaba sideplot which I find interesting. We got another reminder that Kunimi’s girlfriend is a total pain the rear. They aren’t holding back on making sure we are fully siding with Futaba over this frustrating girl. This is the second time (that we know of) that she’s gone after Sakuta and told him to break off contact with his friend. I’m not sure what she expects to see happen here. Sakuta isn’t the type to care about some grumpy girlfriend that can be phased with a simple comeback. It must be a pain in the rear for Kunimi as well. I’m sure she’s sweet enough girl when she’s with her boyfriend. But it is going to add up in frustrations when he has to remind her not to attack his friends. 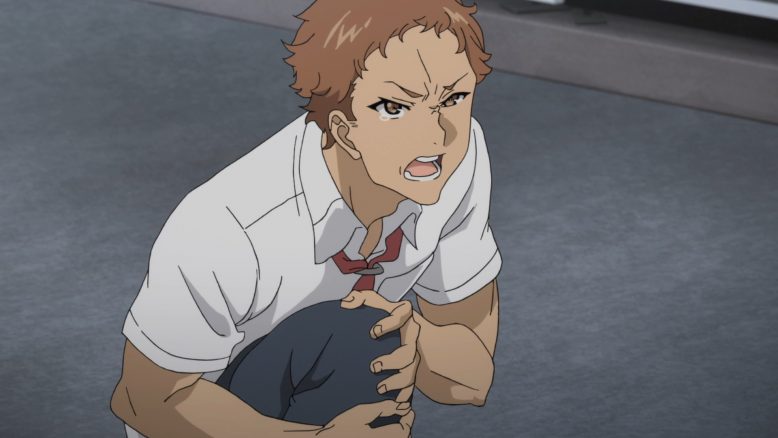 I can’t wait to see where things go from here. If they keep the 3 episode pacing then next week should finish off Koga’s arc. There could be some fun drama ahead of us. They’ve mostly handled things with the dirt bag athlete (good job using your head Sakuta). So now the main issue is seeing what Koga is going to do and what time loop shenanigans might be in store for us. I’d fully expect to see a Koga and Mai conflict and possibly Mai openly admitting to being in love with Sakuta. I give full credit again to Mai. She wasn’t talking earlier in the episode about the lie turning into truth for Sakuta. But rather she was likely worried about the lie turning into truth for Koga. Mai fell for Sakuta so she can fully grasp how this girl might fall for him along the way.