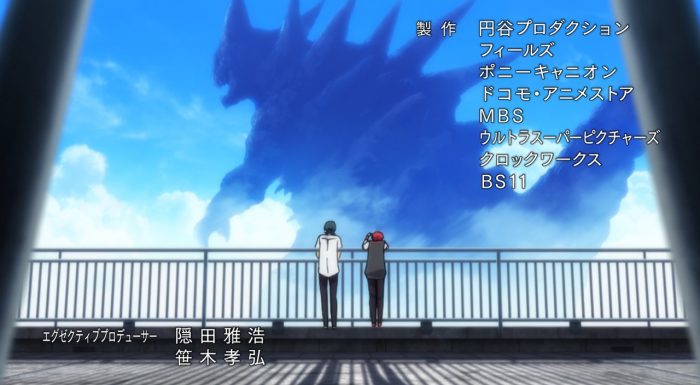 Its quite rare these days, for a show to impress me to the point where I just can’t stop myself from talking about it. SSSS.Gridman, the latest anime series from Studio TRIGGER, is a series that very much manages to do just that. Its a show that’s unique, different, well animated and features a tone and a style that feels very unlike what the studio has produced thus far for one. For two, SSSS.Gridman is a mecha series that reminds me of some of the best aspects of a genre that has long since settled into a standard pattern with the occasional Gundam series or the more off quilter and weird stuff like the Aquarion franchise. 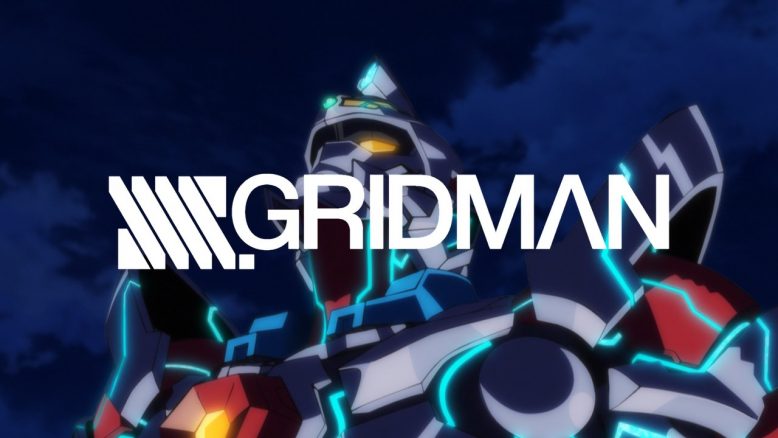 Over the top camp and cheese or serious, self involved melodrama seem to be the only two choices for mecha fans these days. Back in the early 2000s, however, there used to be a lot  more variety, with the genre featuring a lotof different types of shows. To that end, SSSS.Gridman is in the vein of something like say a Captain Earth or even say the more muted, character driven aspects of genre favorites like Evangelion.

Now, for those of you who aren’t huge fans of Evangelion like myself, I wouldn’t just jump ship at hearing that particular name. I’ve expressed my thoughts on Evangelion as a whole pretty thoroughly in the past (particularly with my rant on the third remake movie Evangelion 3.33), but suffice to say there’s a specific aspect of Evangelion that I really like despite the “whole” of the franchise being kinda meh.

And It just so happens that SSSS.Gridman features that element rather heavily. See, the element in question that I’m alluding to is the interlacing of slice of life, teenager drama issues and stories with the more fictional “Must pilot a huge mech and fight monsters” idea that’s present in a variety of mecha shows like this one. Its the same thing that I think makes properties like Power Rangers so popular and fun to follow. Sure there’s the whole saving the world thing of course, but the appeal comes from how do the heroes in these kinds of stories actually live their lives and deal with normal things ON TOP of their more intense struggles. 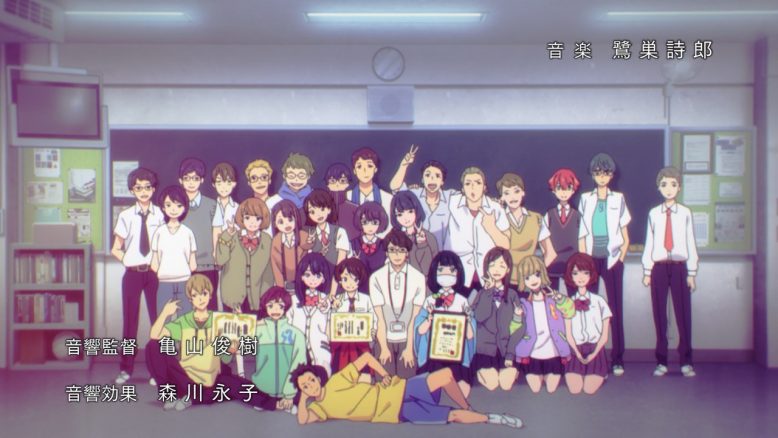 Its that element of escapism, relatability and just general character fun that makes SSSS.Gridman so engrossing to me. I love the odd dynamics present between the cast of characters, a component that I believe is so important in a show that is as character driven as this one. And I suppose its worth admitting, that the actual Gridman segments of each episode, with series protagonist Hibiki Yuta basically taking on a Kaiju each week, are more like window dressing than the actual highlight of the experience.

Cleverly, the show actually uses the whole Kaiju threat as a device to setup a unique and interesting world where the characters can really be focused on and flourish. See, the show establishes a rather interesting setup in its first four episodes. To start off, protagonist Hibiki Yuta has amnesia, and doesn’t quite remember anything as he wakes up from having apparently collapsed earlier. He wakes up to find himself at a girl named Rikka’s house, and its here that he also finds an old computer which seems to be talking to him. The computer in question houses Gridman, a giant robot who himself can’t remember much beyond an approaching threat coming. As Yuta starts to get back into his life, he meets up with his classmate and friend Utsumi, right before the town starts getting attacked by Kaiju monsters. 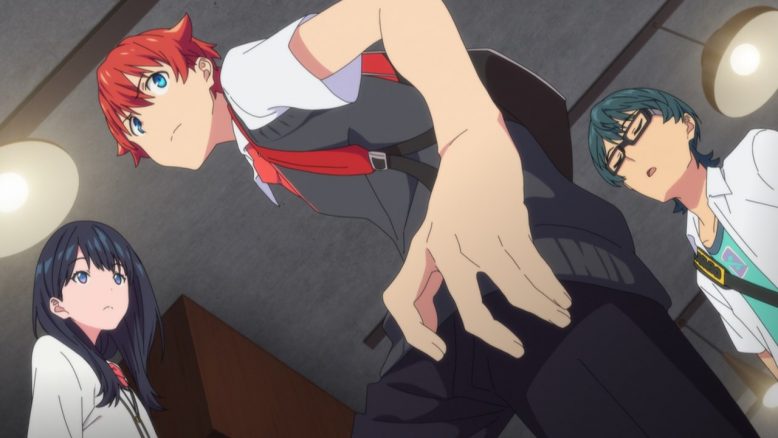 The main trio of Rikka, Yuta and Utsumi.

The big twist, however, is that after each Kaiju attack, the people killed are more or less wiped from existence and the town is more or less “reset” back to a period where no one remembers or can see the Kaiju or the destruction they brought. Its a unique device, because it allows Hibiki and his friends to live their normal lives, and seperate the Kaiju threat from the rest of the people they’re interacting with. The Kaiju battle is an ongoing personal mission for Hibiki, Utsumi and Rikka, because only they can see, or remember the Kaiju.

Of course, things get even more interesting as the series progresses, and we find out that the person behind the Kaiju attacks is none other than Shinjo Akane, the prettiest and most popular girl in Hibiki and co’s class. Akane is a very interesting antagonist, in that she oscillates between this sociopath killer and this really nice and upbeat likeable girl. There’s a sense of playfulness to Akane’s more sinister intentions, and it just makes for a really interesting antagonist character. 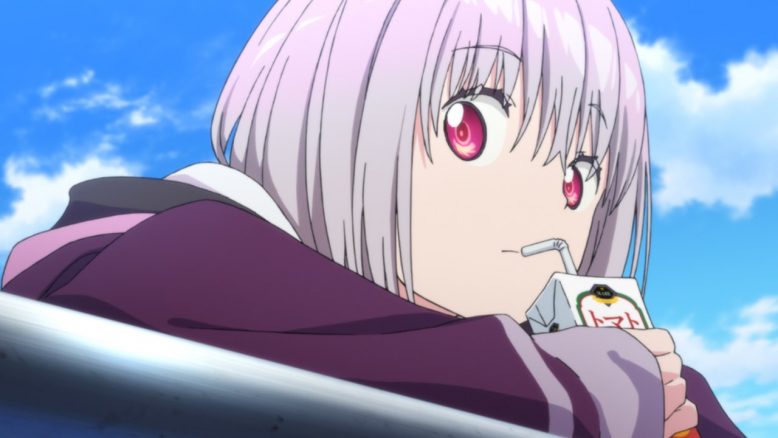 Akane – Not your average villain or yandere.

There’s a general sense of mystery to why Akane is doing the things she’s doing at first, Its only in the latter half of the second episode, that her attacks get some context, and its revealed that they do seem to be motivated by personal issues more than anything else. A student throws a ball at her by accident, and Akane responds by later sending a Kaiju to kill the entire volleyball team. A teacher bumps into her and doesn’t apologize? And the same thing happens. Yet there’s a sense that there’s something more to it all, and the show just hasn’t revealed it all just yet. Thus, Akane is a real mystery of a character still, with just enough revealed to keep things interesting.

Of course, its the way the show uses Akane, that really is genius. Rather than just be an isolated antagonist, the show has a good deal of interplay between her and the main trio.There’s this weird romantic tension between Akane and Yuta that’s prevalent throughout the four episodes of course, but the other two characters are equally as connected. Utsumi has a crush on Akane as she’s the popular girl, and in episode four, its revealed that Akane and Rikka were close friends when they were younger. And of course, compounding this dynamic is the fact that the show heavily hints at Yuta having confessed his feelings for Rikka before he lost his memories. And thankfully, the show doesn’t just relegate this idea of Yuta having feelings for Rikka as some side element. Its front and center in the story, and really gets its due in episode 4. 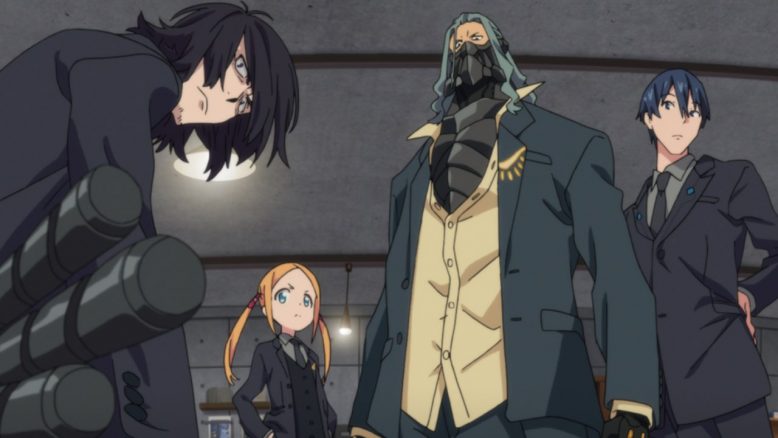 Furthermore, there’s some nice stuff with regards to a group of weird people dressed in suits that can become attachments and weapons for Yuta’s Gridman. They themselves have a role to play in the story, and their origin combined with Yuta’s lost memories and Akane’s motivations, make for a good deal of intrigue for the whole story. The romantic tension between Akane, Rikka and Yuta is a nice touch, as is the more general teenage conflicts that all the kids have and it makes for an endearing, very human kind of story.

Of course, there is some camp present in the show as well, as the Gridman sections feel like they’re straight out of a Super Sentai or Power Rangers show. The camp is kept to a reasonable level, however, and works rather well with the more realistic parts of the show. 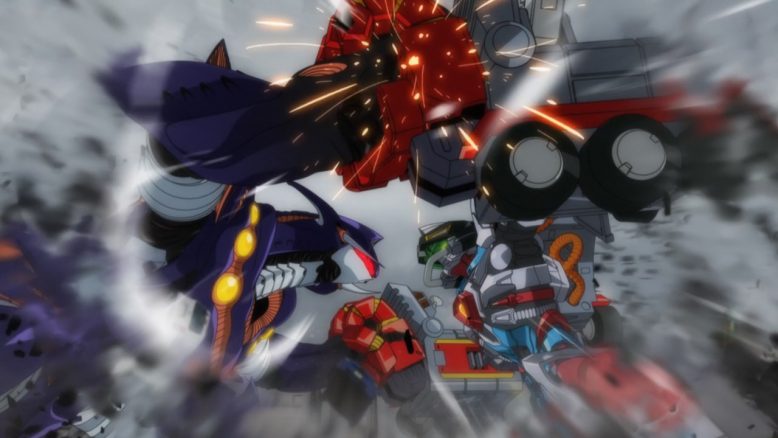 Would you believe this is just the side dish?

Finally, I think the thing I want to highlight the most is how darn well done every aspect of this show is, from a production and storytelling perspective. Most important of all, in my mind, is the pacing for the show. Each episode feels very self contained, but still has links to a larger hole. There’s enough content for each week’s episode to feel satisfying, and that’s something that I think very few shows do these days.

And of course, this is a gorgeous looking show. Great character designs, shiny mechs and Kaiju with decent CGI, and just a general level of polish that I don’t think I’ve seen from Studio TRIGGER before. Even some of TRIGGER’s better shows seem to have this rough, almost edgy kind of feel to them, and its a first to see something a bit more traditional and polished from the studio. I honestly prefer this style, where everything just looks pristine and crisp, to their more graphic, comic bookey style. 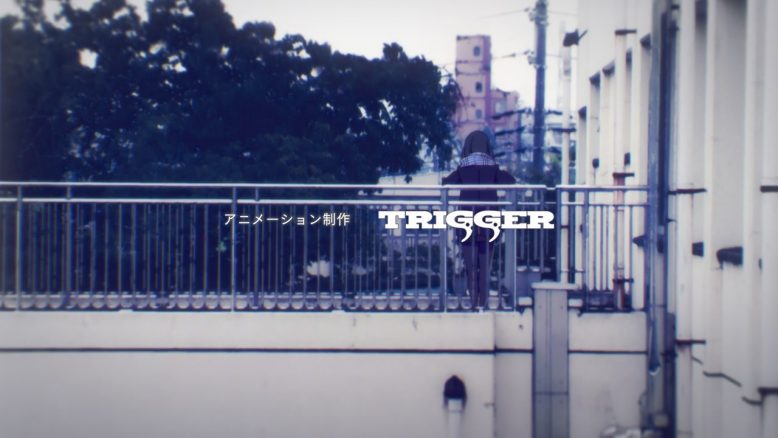 A new age of TRIGGER?

In the end, the biggest compliment I can give SSSS.Gridman is that it doesn’t actually feel like a TRIGGER show, and that’s coming from someone who doesn’t entirely hate TRIGGER. Its just that SSSS.Gridman feels very distinct and has its own unique identity and feel. It feels like a property done right (as this is an entry in an established franchise) and honestly I think its a step in the right direction for TRIGGER. Rather than be a studio known for a specific style of shows, its best to branch out and create new and unique things in the vein of say JC Staff, Madhouse or Production IG.

Now… There’s always a chance that SSSS.Gridman will follow suit with other TRIGGER shows and just kind of implode on itself later on. After four episodes, however, I’m at the point where I’m pretty invested and entertained in what’s going on, perhaps more so than another show I’m actually covering this season. So yeah, until it proves otherwise, I’m going try and blog SSSS.Gridman, because there’s certainly a tinge of excitement and an urge to talk about this show, from me, each week.