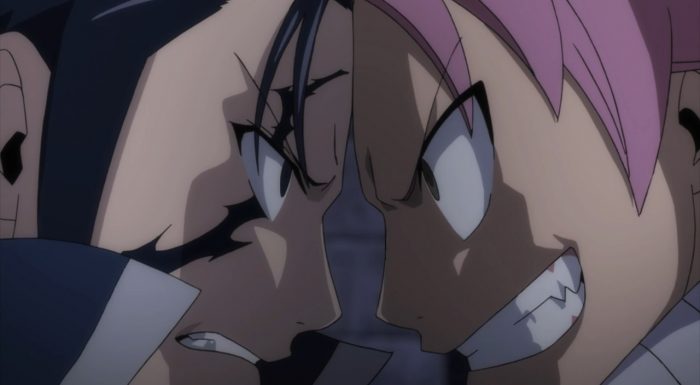 I’m not sure how I feel about being teased by a show like this. There’s something unsavory about the way that Fairy Tail played with its audience both this week and the one prior. On the one hand, a part of me is glad that a particular story idea was never really in the cards, but another part of me is kind of annoyed at the misdirection and detour here. See, misdirection and twists can work if they’re actually clever or ingenious, or if they lead to something excited or genuinely interesting. The twist we got this week, however, based on the setup from last week, doesn’t seem like it will lead to anything too important or interesting. 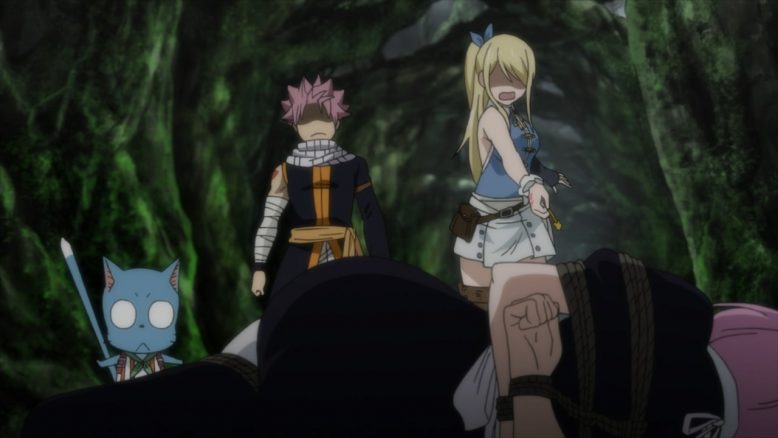 If anything, the twist we get this week, creates more questions and frustration than anything else. Which is scary, because I don’t believe that this is something that Fairy Tail can get away with too often. I’ll be sure to give it a pass this week, but I think the show is kind of treading on thin ice from now on. Yes, I get that some of that is becauseI’ve been waiting to see this show and story continue for a good two years, but some of it is simply because I just expect more from this show and franchise. Something a lot more than the bundle of silly awkward jokes and missed punchlines we got this week.

Fairy Tail’s humor has always been sort of hit or miss with me. More often than not, I’ll find myself chuckling at the show’s jokes, but there are times when the show just goes a bit too far off the deep end. This week, as you may have guessed, continues that all too familiar pattern. I mean, I liked the little Virgo reintroduction right before the Opening Intro, but that’s really about the only joke that landed for me. All the other ones? Well they were either a bit too skeevy for my tastes, or just flat out crass. I’m also waaay over the whole Lucy being a punching bag thing, so my patience for seeing her being messed with is pretty much non-existent at this point. 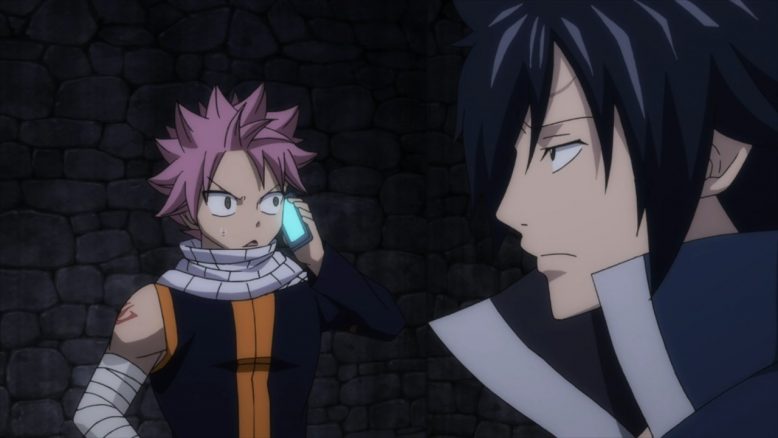 But I suppose I’m burying the lead here, as the main reveal this week was that Gray wasn’t really a Dark Mage, nor had he suddenly turned evil. Much like how the show reveals that Levi was undercover, so too was Gray, under Erza’s orders no less. So yeah, despite the big infiltration and Natsu and co basically trying to get to Gray, it all ends up being hogwash, because at the end of it all Gray is just playing the bad guy to stop this whole Purification Plan. And yes, there’s a lot wrong with this whole premise.

See, I get that Gray had to act like he was evil, and I even get the whole staying in character when Natsu and Lucy suddenly show up. What I don’t get, however, is why he abandoned Juvia and kept her in the dark, along with some of his other friends. The fact that Juvia is off and away crying herself into a fever, while Gray and Erza try and stop whatever the latest threat is, is well… Insane to say the least. 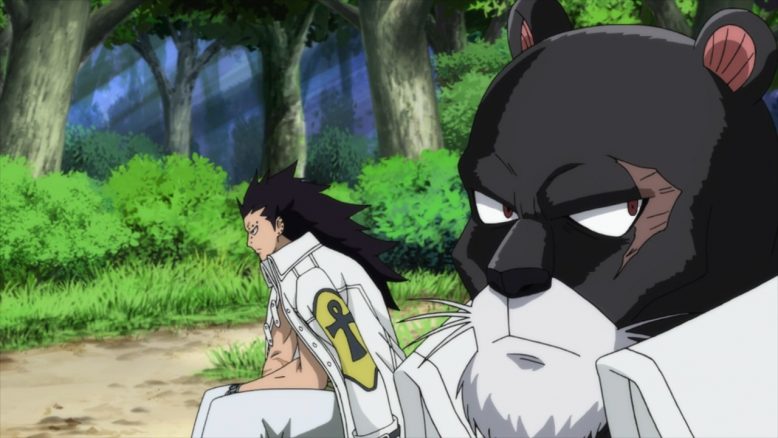 Also why aren’t Gajeel and Panther Lily also aware of the situation? I get that maybe they’ve not kept in contact, but that in itself sounds kind of dumb really. If anything this whole situation would be a lot less dangerous if Fairy Tail’s various factions WERE communicating and sharing information. I mean, we all know that these guys implicitly trust each other right? So why in Heaven and Hell would they act the way they’re acting.

This kind of character regressive storytelling is not something I’m used to seeing from Fairy Tail. And look, I get that this is just an excuse to get the gang back together and facing a comon foe, but there’s better ways to do it. I mean, just a few weeks ago we got Wendy’s story and that was handled quite well. While I appreciate that Erza and Gray have been continuing the good fight, the way they’ve treated their friends is less than impressive. 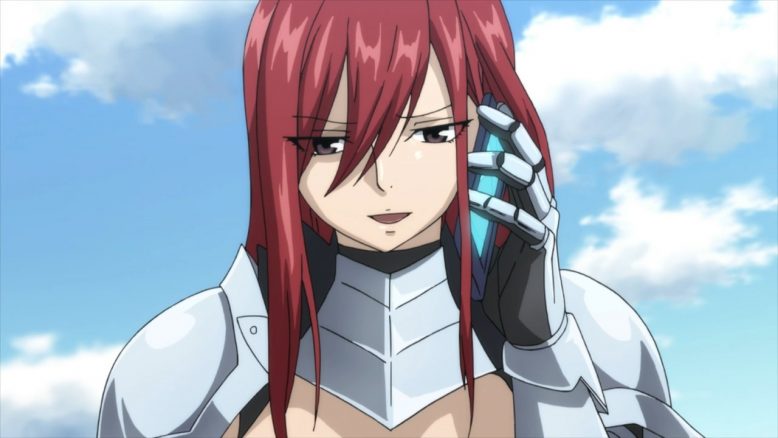 And if I find out that they were acting in isolation to “protect” their friends, then well, I can’t even begin to express my frustration on THAT idea. I feel like Fairy Tail and all its characters have been through even together to dispense with this nonsense by this point. I get that the guild fractured after Natsu left and Makarov disbanded everything, but this is just too unbelievable to stomach.

Now, I get that my words thus far suggest that I hated this episode, but honestly, I didn’t dislike it all the way through. Its the ending that’s very infuriating, and its there that all these questions pop up. Plus, I totally admit that I jumped the gun last week in judging the whole Gray situation. Yes, Gray didn’t fall to the dark side, and yes, there’s a chance that this particular thing may be explained away properly, but as of right now, I’m not really feeling what Fairy Tail is showing. 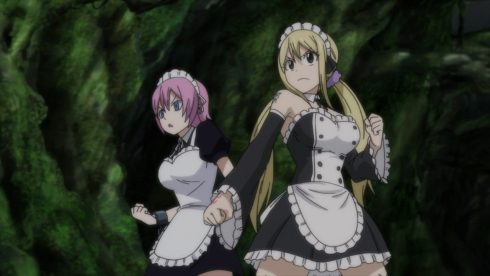 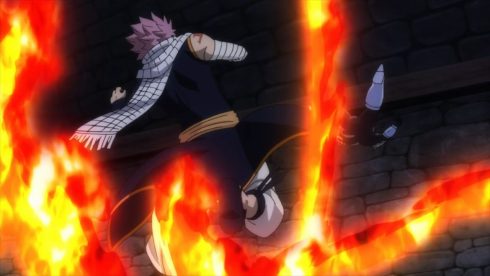 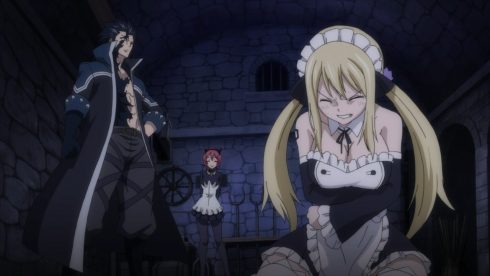 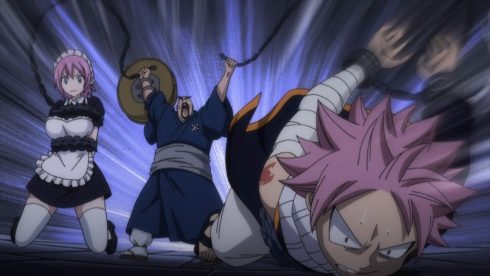 Most of the episode was honestly okay. It was cool seeing Natsu continue to dominate, and seeing Lucy continue to use her Celestial Spirits and equip their powers onto herself was nice too. Yet, I feel like Natsu and Lucy just lost and got captured because the plot needed them to. Because, you know, Gray had to rescue them and reveal his true nature. The villains honestly, didn’t feel too impressive, as I noted last week.

Nothing these “Dark Mages” did this week was particularly impressive. And lets not even talk about the stupid torture scene, except that I’m glad that Fairy Tail didn’t do anything too pervy or too disgusting this week. I’m sure it was a bit worse in the manga, but I was still kind of raising my eye brows throughout the whole “torture” thing. Simply put, it was just awkward, oscillating between Fairy Tail’s stupid humor mode, and being just generally uncomfortable and scary. 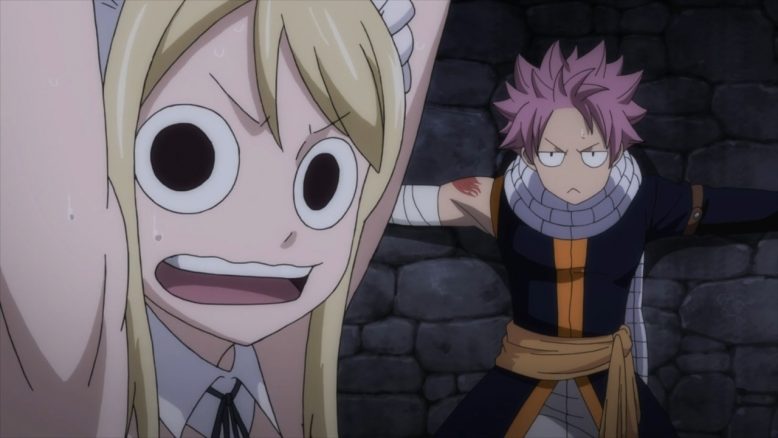 Also… While we’re on the topic of things that don’t work… Erza and Gray now have cellphones? Wow… That’s a lot to ask the audience to let go of and adapt to. And in the end, I guess none of the things this episode revealed or introduced, really worked all that well. But the gravest sin of all? None of it really felt necessary.

Which, incidentally, is a good way to describe this episode as a whole; It just wasn’t necessary. The story would’ve worked just as well if Natsu and Lucy had arrived at the hideout too late, had learned of Gray’s real job some other way, and then had joined up with him and Erza to stop the Purification plan in the next episode. It is what is, however, and I guess I’m just glad that we’re past this week’s episode and events. 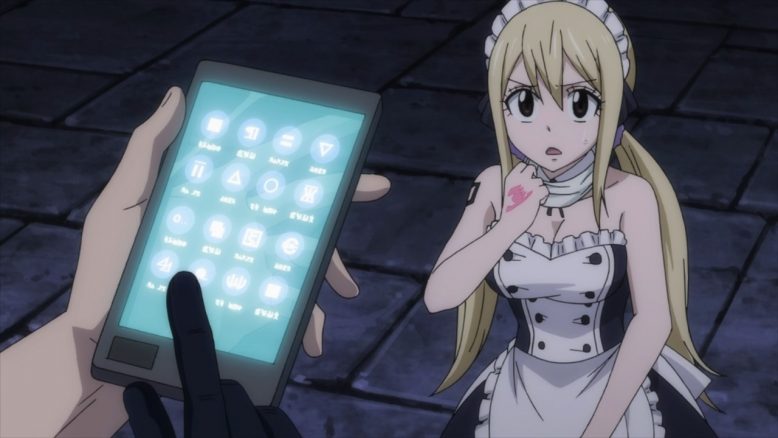 In general, I guess this opening arc that’s supposed to bring Fairy Tail back together, is a bit rough around the edges. The Wendy stuff was pretty awesome, but everyone else has kind of been really disappointing. I’m curious to see how the show explains all these characters being as fractured and isolated as they are, but I also hope that they all have better reasons and stories than what Gray Fullbuster had.