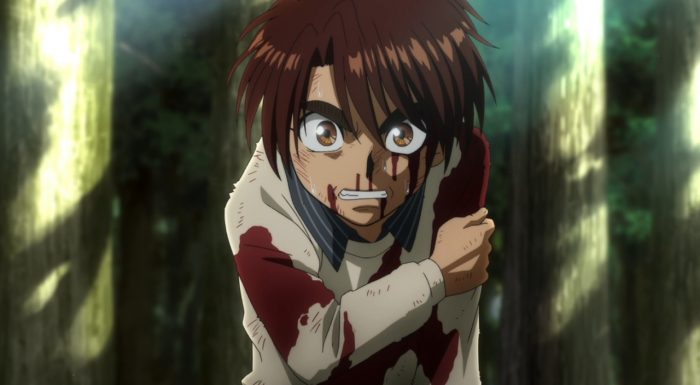 An episode where all three main characters got a moment to shine really shows the strength of this series. Masaru by the end probably got the most badass moment. He made a desperate move without any real certainty that he’d survive. But it wasn’t just a suicide move either. That was a move made by someone determined to live true to themselves and not as someone’s pawn. If he gave up this chance to escape then he might not get another. In order to become like Narumi he felt it was necessary to take that sort of risk. People he trusts and cares about are risking their lives for him. The least he can do is take some risks himself to try and get back to them. 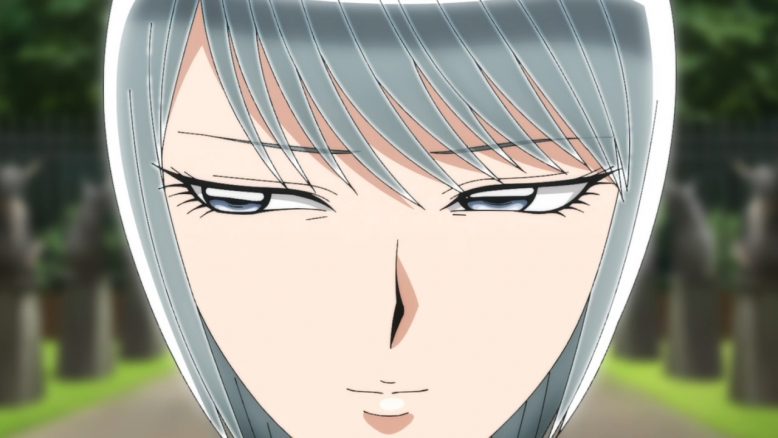 It honestly was about time to get some background on Shirogane. The time for all these characters to grow will come, but we’ve got to know where they are coming from. Masaru and Narumi have gotten a fair amount of fleshing out and it was Shirogane’s turn. Her background isn’t too surprising considering her personality and what we’ve seen. The poor girl was raised pretty roughly from her earliest memories in order to be a tool. They made her whole purpose be handling puppets and killing off her own emotions to do it. Her story is the familiar kind of child soldier/assassin situation. That doesn’t make it any less traumatizing for a kid. It’s no wonder she’s so capable. But it also explains why she’s often so cold or reserved.

In some ways I’m curious about what happened when Shirogane met Masaru years ago. The way she looks out for him doesn’t feel like it is a job for her. Something must have happened when she was ‘hired’ by Masaru’s grandfather that sparked some emotional growth for her. Of course I’m also curious what Masaru’s grandfather intended. Was even he a good guy at heart? It appears the Saiga Group as a whole is a bunch of scumbags and that includes Masaru’s own father. Who knows if that guy really died or simply staged his own death to trigger this puppeteer civil war? It does give some possible answers as to why Shirogane was placed near Masaru, but not with him. If the Saiga Group is this corrupt then it might have been necessary to keep Shirogane a certain distance away until someone in the family made a move. 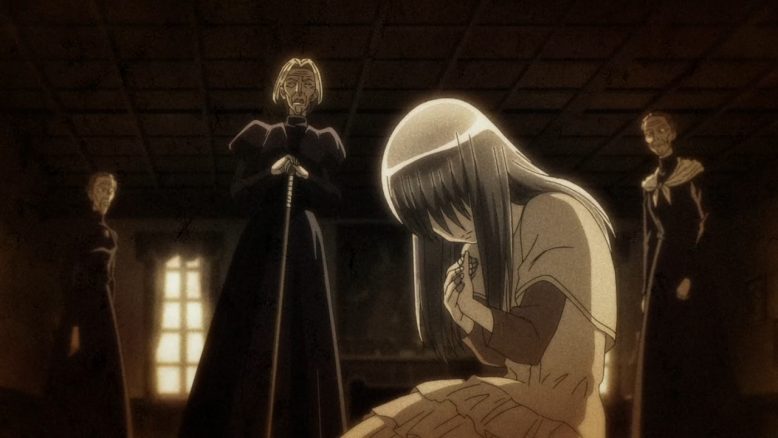 One positive thing is the continued growth in the Narumi and Shirogane duo. They’ve struggled to understand or trust the other’s reasons for staying close to Masaru. Narumi is a much more emotionally driven person who wants to understand why all this insanity is going on. Even if they are enemies he’s not one to happily watch someone die. While Shirogane’s training and experience has left her a bit more detached. For Shirogane the only priority is protecting Masaru. Even her own life is disposable if it means his is secure. Of course that was their starting points and we’ll see how they continue to develop from here.

It’s a good sign seeing Narumi willing to risk his own life to protect Shirogane during that fall. And it was a huge step for her to want to help save Narumi when he was suffering from another attack. Laughing when needed might be tough for her, but clearly that’s not the only option. From the explanation that disease is more about responding to how others are acting or behaving. It’s not necessarily laughter that Narumi needs to survive, but people openly feeling good about his presence and actions. It wasn’t laughter that saved Narumi in this episode, but simply a smile. There’s plenty of room for growth ahead, but this was a good sign for them. 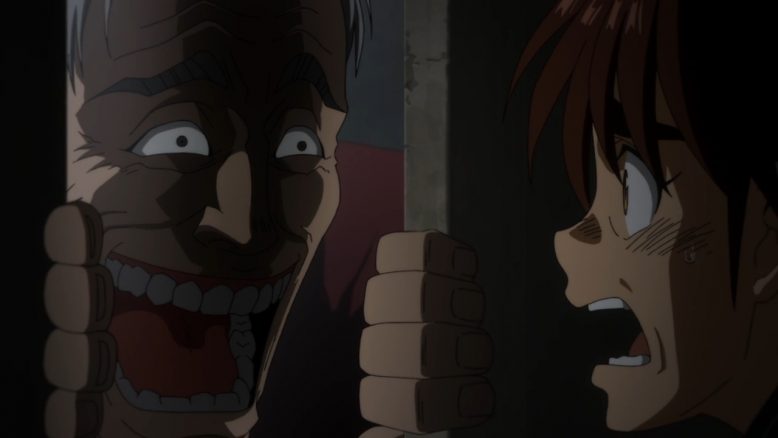 This kid will have eternal nightmares

I’m curious if Masaru’s gamble will pay off. It isn’t a bad plan. Right now this bunch is trying to kill him because it is a job. But Masaru at this point is the one with access to the biggest bank account. He’s also got an advantage in knowing the purpose of this whole incident. If he can get across that this is simply a plan to have the puppet clan wipe itself out then siding with Masaru has even more value. The guy employing the slaughter team doesn’t want to pay them, he wants self-destruction of the clan. At the very least it should buy Masaru some time. Otherwise he’d be dead within minutes of the next episode and the show would effectively be over. I am impressed to see Masaru able to focus passionately on survival and being willing to use everything at his disposal for it. 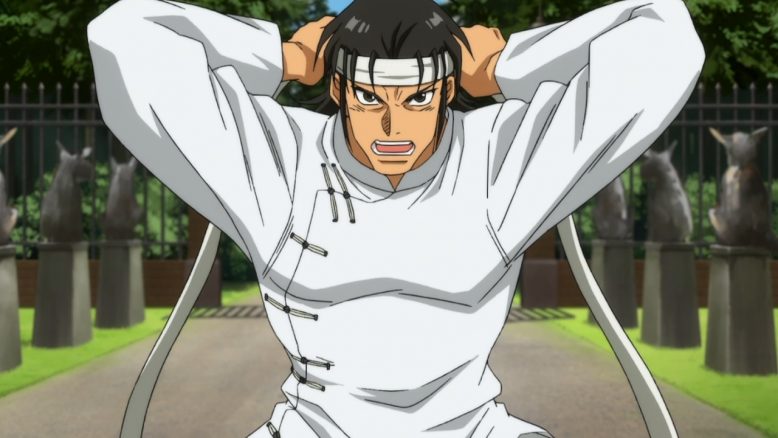 This was just another strong episode for Karakuri Circus. The cast in this show remains a huge draw and the puppet action remains very entertaining. Right now Shirogane is owning the field. But you get the idea that a new generation of threats is coming. If the Saiga Group wants to wipe out the puppet user clans then they must have some plans to replace them. Whatever is coming might be a great deal more difficult to handle than these current puppeteers are. For the time being we’ll have to see how Masaru handles his current negotiations and how Narumi/Shirogane get out of the trap they fell into. The whole group meeting up again is key.

In the end this show is too good to ignore. The main characters are awesome, the music is really good, the action can only get better from here and the story has nice potential. Easily one of my most anticipated shows week in and week out of the Fall season thus far. I’ve got to pick this one up and see where it ends.