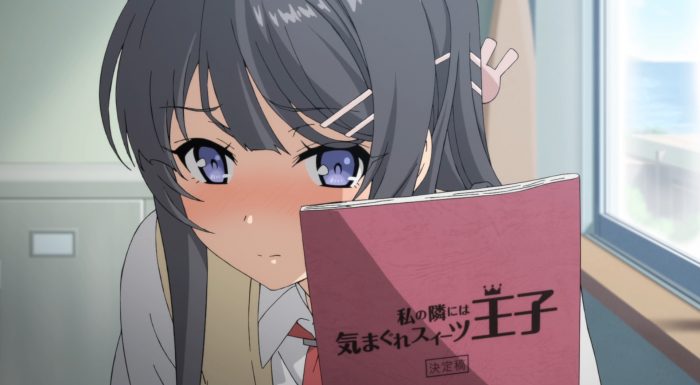 My condolences go out to Sakuta. That guy’s life just gets more complicated as time goes on. All the poor guy wanted to do was clear the month long confession hurdle with Mai. With that he could start heading into a nice and bright future. Instead a troublesome situation has pulled him in and is making that near impossible. I can believe that he was really struggling in wanting to even get involved in this. Unfortunately he got hit by the problem of a time loop and that the situation hit too close to home. If it wasn’t for an uncomfortable reminder of what Kaede has been through then he might have been able to be more selfish. 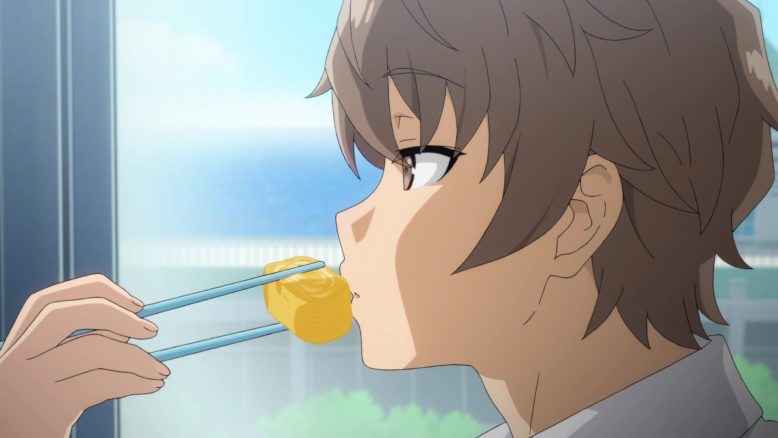 One thing that is a comfort at this point is the continued strong banter between Mai and Sakuta. These two remain excellent and I wouldn’t mind a show just about them interacting. You could toss the syndrome issues out the window and it’d still work fine. Just the few interactions in the episode really nailed it. They both do a nice job getting an edge here and there over the other. And neither is quite as rock solid as they pretend to be. Mai can and does get embarrassed about things and Sakuta can fall for trickery as well. It was fun as well getting to see a couple passes at the confession being accepted and the two being set to move forward. No doubt part of why it was so agonizing to see the time loop kicking in at the wrong times.

It does leave me crossing my fingers about where things will go. The last thing that anyone needs here is for Sakuta to have to pretend to being in a relationship with someone else. Of course it wasn’t much help either for her to see such a compromising situation in the first place. It made me all the more frustrated (probably sharing Sakuta’s feelings to a degree) when the time loop didn’t kick in. Of course it didn’t kick in at the one point he probably wanted it to! At least there is a chance for Sakuta to explain the situation to Mai and possibly get some input. There’s zero doubt though that Mai is the one he is in love with. There’s a pretty zilch chance that he’s going to develop real romantic interest in our Laplace demon. But it does put a strain on things. 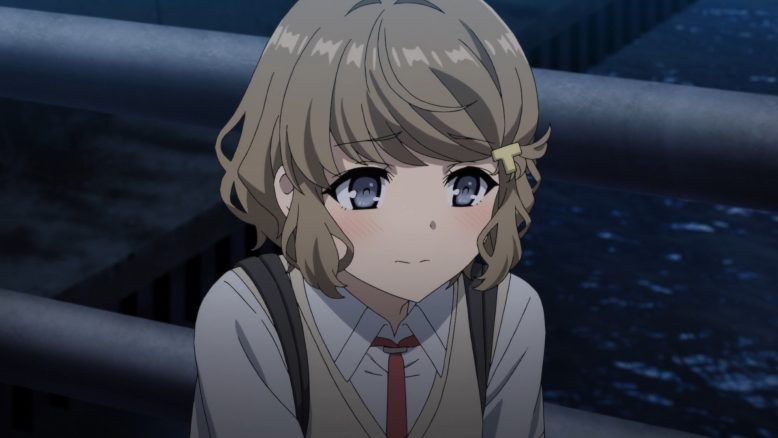 At the core of this whole mess is Tomoe. I can certainly sympathize with her situation on some level. Ending up the target of the affections of the person her friend is in love with is bothersome to put it nicely. And considering what happened previously, the school becoming a total nightmare if she handles the situation improperly is believable. It is totally garbage of course how her friends are likely to betray her and class isolate her over this. Why does she have to be the villain for someone else falling in love with her and her wanting to turn them down because she’s not interested? People honestly suck. And I can’t blame her for wanting to try and dodge the situation with a bit of deception. It is still a rather big pain in the rear for Sakuta and she’s imposing quite a bit. 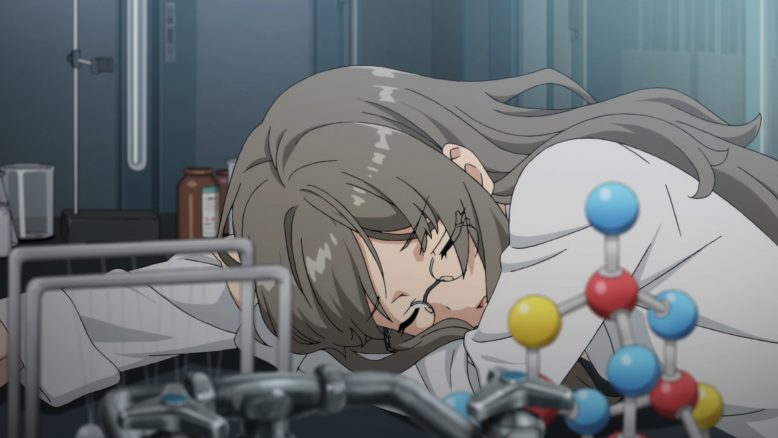 There is a slightly interesting side plot with Futaba. You wouldn’t think Futaba having feelings for Kunimi would suddenly pop up, but there it was. In some ways it is kind of nice to see the friends of the main character having their own lives and issues going on. Maybe we’re just setting up another arc. They kind of did that with introducing Tomoe with the butt kicking section of a previous episode. Regardless I do feel for Futaba. She’s more than aware how she feels, but also knows that doesn’t help anything since the guy she’s interested in is dating someone already. 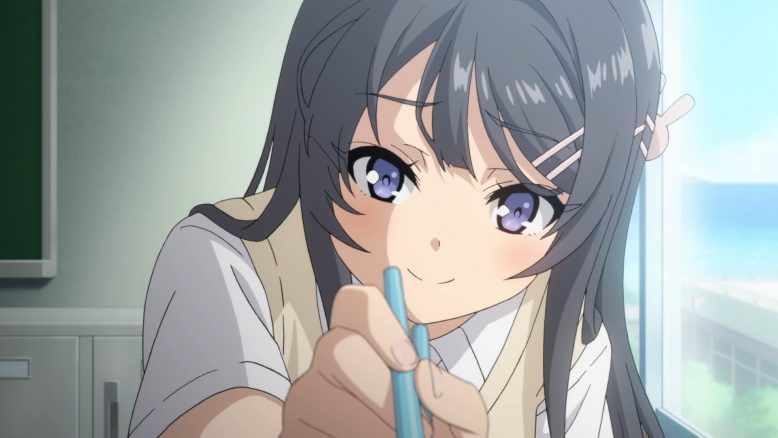 I can’t imagine we’re just going to skip to summer break and all this will resolve itself. They are going to need to be a bit more proactive. Although for the time being it seems they will run with operation “lie to everyone.” I can’t imagine that we’ve seen our last time loop here. The main question going ahead here is how will this issue play out. Although maybe the issue I care more about is how will Sakuta and Mai ride the rapids of this situation? Even in the best case scenario of Mai being totally cool with this…they still have to publically play things cold between them until the situation is resolved. I would hope that Mai coming to his place at the end of the episode is worth being optimistic about. But we’ll have to wait and see how even that unfolds. Fingers crossed for now.