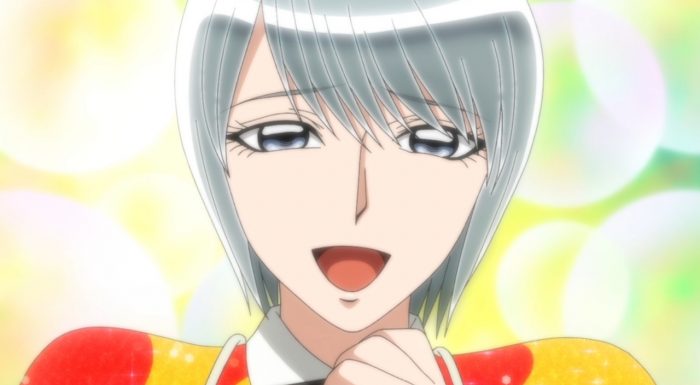 It doesn’t appear the crazy situation the main cast are involved in is going to slow down any time soon. They got a small break in the middle of this episode. But it didn’t last for long before next wave of attackers came their way. It just shows how this group can’t lower their guard for an instant. This is really going to make things stressful when Masaru can’t even go to the bathroom alone. It kind of worked with how it appeared as if Shirogane was being overprotective…but the reality is she almost needs to go further. Either that or they need to find a supremely secure residence that has bathrooms without windows. This show could tap into all sorts of childhood fears. Creepy puppets that grab you out of a window may just be the tip of the iceberg. 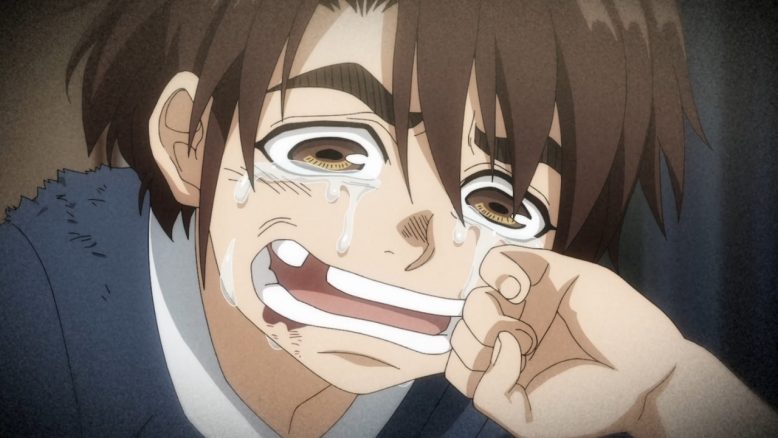 The emotional punches just keep being swung. A simple tactic to establish sympathy for Masaru, but hey it works. He’s not just this pampered rich kid that the average person might struggle to feel for. Instead the kid is an orphan who went from a very frugal living situation to being harassed/bullied by those around him. The kid’s mother died and for years after gets thrown in his face that his mother was a mistress of his father. Clearly not one that his father looked out for after Masaru was born since she was working hard as a single parent and they were rather poor. Then he gets dragged into this world he can’t understand and clearly suffered abuse from people who looked down on him. This whole thing also works of course to establish motivation for Narumi. Shirogane for reasons is completely dedicated. Narumi is just entering this situation. 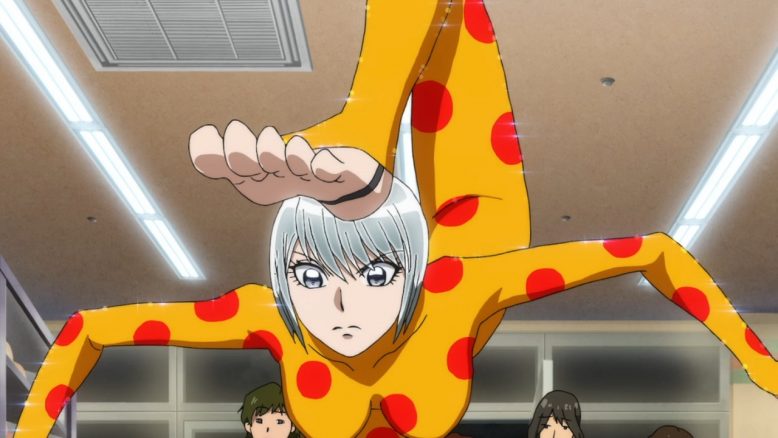 Interesting way to hit someone

It was a nice surprise to dive a bit into Narumi’s history. They made a valiant attempt to explain what was up with his Zonapha syndrome. And let’s just roll with that. He needs to feel like he’s making people laugh to stay stable. That does allow Masaru to be a very valuable support structure and requires him to step up and not lose himself into despair. Also it appears Shirogane will be an interesting comedy partner with their banter being humorous for people to watch. But more than that it was just nice for him to open up about his past with Masaru. They may be different in terms of current social standing. But Narumi does get what it feels like to be weak and want to be stronger. Now Masaru doesn’t have years to train here, but some sort of progressive thinking would be helpful. 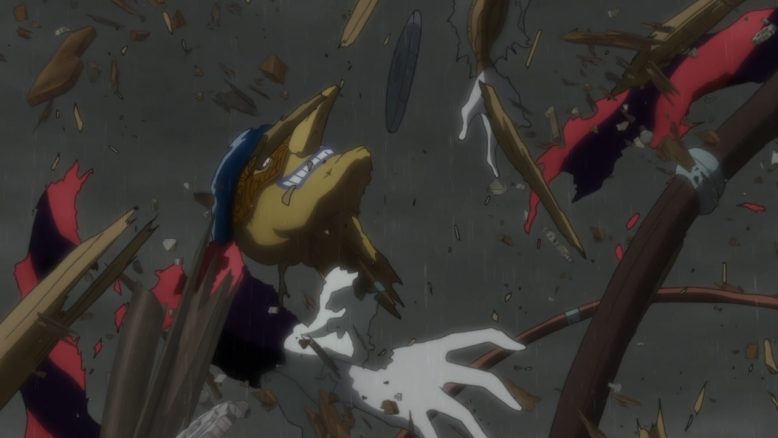 A nice and quick fight to start the episode off. Makes sense that we’re still at the point where Arlequin should be stomping most threats. We just met this puppet in the first episode so it can’t be matched that easily right out of the gate. Their enemies clearly have access to a variety of dangerous puppets. While the main cast are effectively on the run and Shirogane has only been training (far as we know) with this one specific puppet. So for the time being we need to see just what Arlequin and Shirogane can do. And it was pretty impressive to start off. Stomping the puppet in the first episode didn’t mean too much since those did seem geared simply for dealing with humans. This one was more focused on dealing with higher level threats, but Arlequin is a cut above despite looking pretty worn down.

Arlequin just ripped that enemy apart. One good thing about fighting a lot of puppets is that you can just obliterate the enemy without getting too messy. And yet without proper support even that fight would have ended badly. Someone has to focus on the puppet combat, but you don’t need a super powerful puppet to kill a kid. Simple thugs are more than enough and for that you do need Narumi as support. I’m sure he’ll get to the point that he can handle some puppet threats, but that should remain Shirogane’s domain. He’ll likely be in the spot of going after the more physical guys that Shirogane will be too busy to handle. 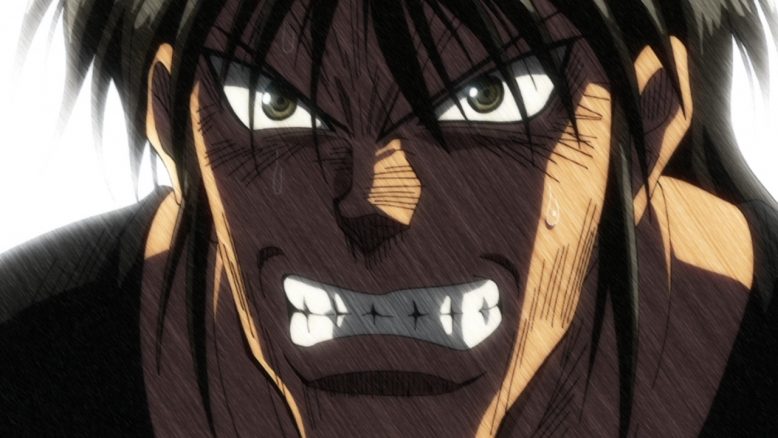 I’m not surprised that multiple factions are on the move against Masaru. We’ve got those that want to use him and those that just want him out of the way entirely. Next week it looks like the kidnapping group is going to get a visit by some very pissed protectors. It is not very comfortable heading over there with the guys that want to kill Masaru, but there aren’t many good choices. They didn’t know where Masaru was taken and this guy can provide transportation. It will just have to be an uncomfortable alliance until they can get Masaru back. I’d guess this guy only wants to go this route since his puppet was smashed and he’ll need time to repair/replace it anyways. It should be interesting to see if the third episode holds up well.