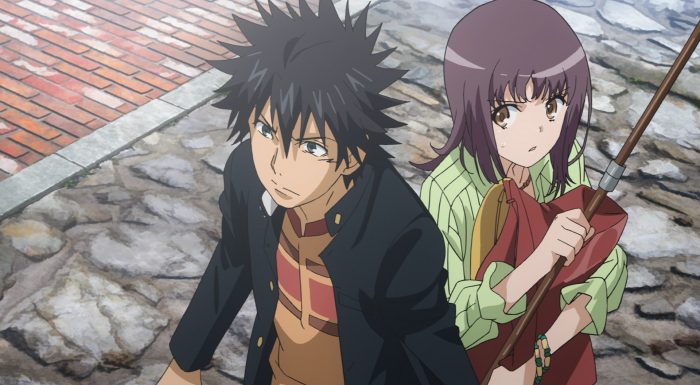 The exposition dump is strong with this one Indeed.

Its common knowledge that To Aru Majutsu no Index is a show that’s based of a light novel series, but its only this week that that felt very very apparent. You’ll have to forgive if I don’t quite accurately remember the facts here, but I don’t believe that To Aru Majutsu no Index has ever been as info dumpey as what we got this week. Its a strange place for the show to be in, as its trying to not only pick up from where season 2 left off a good 7 years ago, but also continue to develop the world of Index at a decent pace. 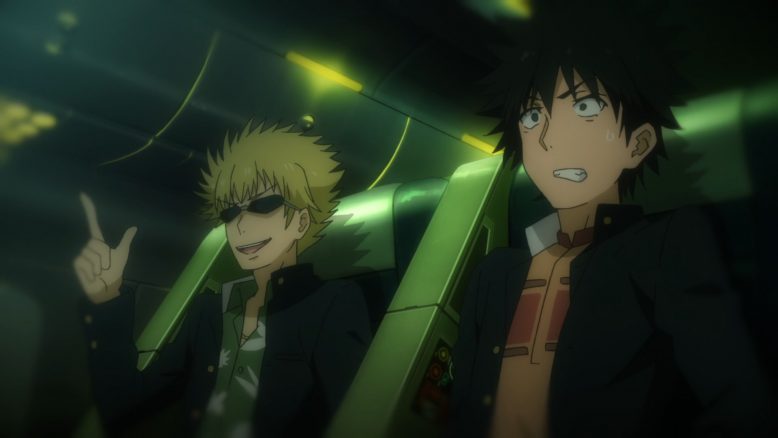 It definitely felt like this week was an attempt to try and fill in all the missing pieces of lore that have thus far been kind of a mystery. What exactly are the Right Seat sect of the Roman “Orthodox” Church people and how do their powers differ from your regular magic folk? A good chunk of the episode was spent explaining all of that, and I can’t say I was all too impressed with the idea behind it all.

Index has always dove deep into christian theology and myth and extrapolated a very weird and different “magic” based take on the religion and its related organizations. The idea that this Right seat group is basically just a bunch of people who “decreased their original sin” and thus are closer to “angels” is a pretty big leap, even for me. Granted, my own religious beliefs actively discredit everything related to the original sin idea, so there’s certainly some bias there, but as a story and a concept I guess expected more than just “they decreased their sin and thus are more than human”. 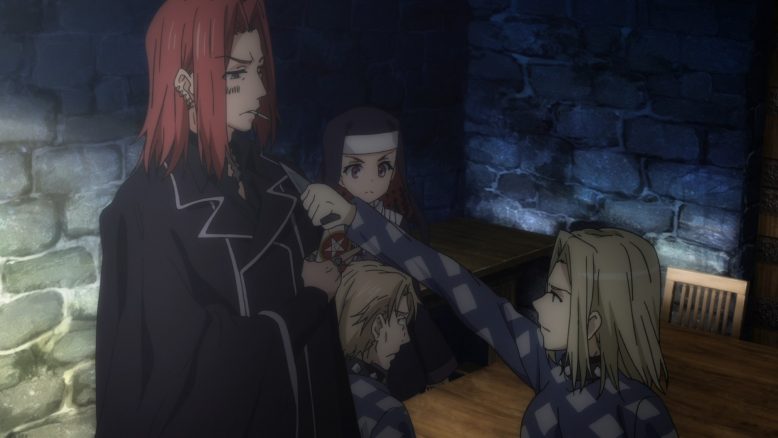 As a whole, the Right seat stuff has never really been the most exciting part of the franchise for me. I like the show and story when it dabbles with different magic related ideas and cultural backgrounds, and not just on this whole church thing that seems to be really popular in media these days. Sure, maybe Index was one of the first to do it, but 7 years later, this genre is pretty crowded.

As for the Document of C? That was the other major info dump that dominated the episode, The whole idea of a magical item basically amounting to mind control for the followers of the Roman Church, was again, a bit of a stretch. Index has always had a sort of anti-religion and Christanity slant, but man is it really apparent this week. I get that we’re supposed to take this all as fiction, and I’m not really even a Christian myself, but the implication of “organization religion and collective belief” resulting from a weird magical item, is another thing that just feels a bit too outlandish and not altogether clever. 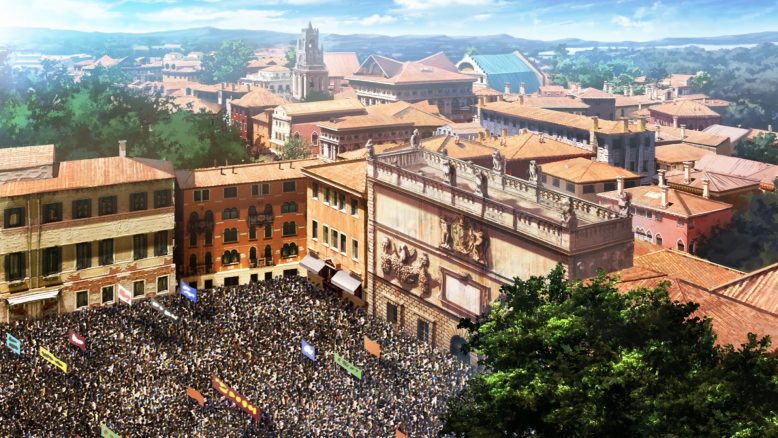 The thing about Index’s first season, was the fact that the magical items and problems were pretty simple and elegant, as was the solution to them. As the story has gone on in the years, things have become more complicated and convoluted, and I think the characters have had less time to shine and be really impressive. For a show that originally impressed with its characters, there’s a lot of plot and mythos to cover and spend time on.

Which, I think, is why this week’s episode didn’t impress me all that much. I get that it was necessary to explain and spell both the larger issues with the third seat stuff and the more immediate crisis of the Document of C, but that pretty much sidelined the stuff that I generally enjoy. Touma didn’t really get much time to do anything other than just get information on what’s going on, and his interactions with Itsuwa, however brief, were certainly the highlight of the episode. 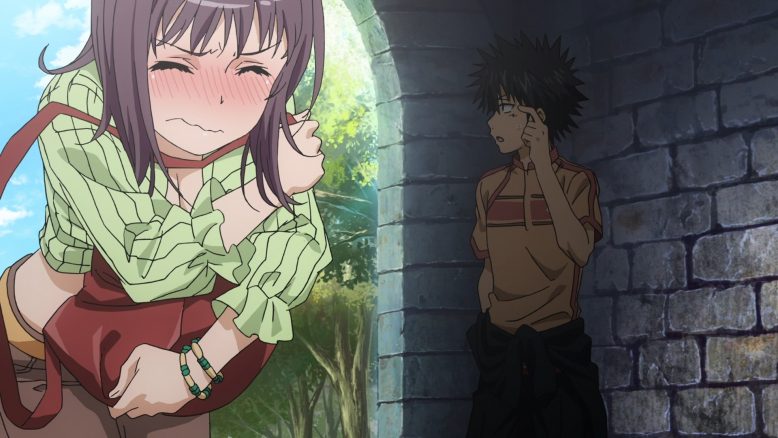 Itsuwa is a character that I’ve heard a lot of light novel fans really get excited for getting more of a role, and I can’t say I disagree with the sentiment. Though I don’t think Touma needs any other girls pinning for him (He’s starting to develop a bit of a harem here with Misaka, Index and Itsuwa being the front runners, along with sideliners like Kanzaki as well), the off quilter dynamic between Touma and Itsuwa is pretty fun. Itsuwa’s just a nice girl, and the fact that she gets embarrased like a real human being, and doesn’t devolve into tsundere tropes, is a breath of fresh air, especially in this franchise.

Pairing her up with Touma was a fantastic decision I think, and having both of them face against Terra works decently I guess. Terra himself isn’t all that interesting of an antagonist, but I guess there’s a decent threat level given the fact that he’s part of the right seat group and Touma hasn’t been all too great at facing those guys in the past.We’ll have to see how this battle plays out, but I’m not expecting anything too impressive here. 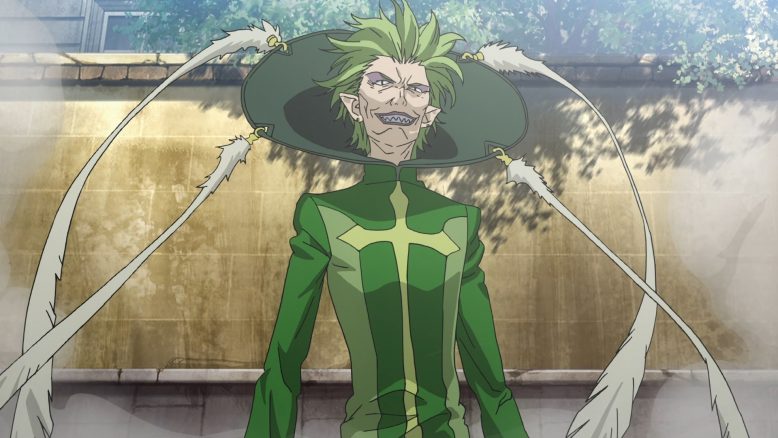 Also, I suppose its worth noting that Crunchyroll finally decided to start streaming to English speaking audiences this week. So we have an official place to watch Index III now, which is good. What isn’t all too great is their translation stuff, where terms and names have been changed to try and match up with the official English translation by Yen Press for the novels. These changes bring up some inaccuracies, such as “ley-lines” being called “geoducts”, the Roman Catholic church being called the “Roman Orthodox Church” and the dreaded onee-sama being translated as “sissy”. I won’t go into extreme detail here, because there’s a fantastic dude on Reddit named Razorhead, that does a much better job providing context from the light novels and the differences between the anime and the source material, as well as the lost in translation bits. If you’ve got some time, I highly recommend going over and reading his stuff in the weekly episode discussion on r/anime. 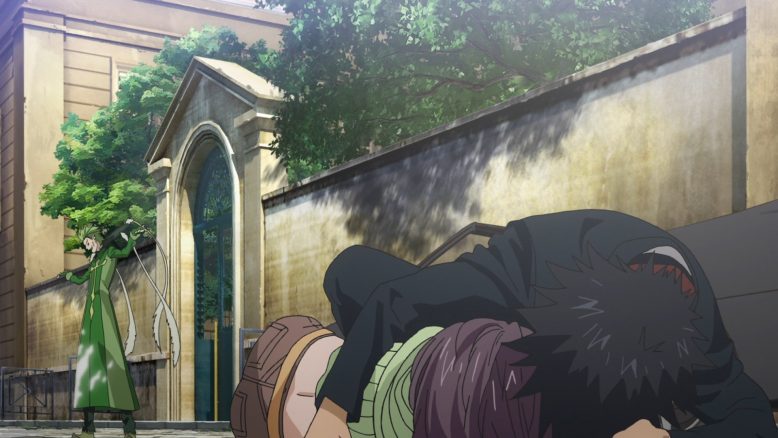 Okay… So as a second episode, I’d say this one was a bit of a weaker one than the first, which itself wasn’t all too jaw dropping. It seems like the show is really focusing in on having the Roman Catholic/Orthodox Church act as the main villains and antagonists for the story, and I can’t say that has me super jazzed. The Christianity slant the story is taking is definitely not my cup of tea, as it plays with real world concepts a bit too much and almost kills some of the “fantasy/fiction” aura of Index that attracted me to the franchise in the first place. Angels, and divine power and original sin just isn’t as interesting as Eastern vampires and some of the other stuff that we’ve seen from the show.

Hopefully things shift a bit towards the science side of things in this show as well, as I’d rather prefer to not relegate the science stuff to just Railgun in this franchise. Here’s hoping next week picks things up a bit. Also Side note, is just me, or is the sound effect for Touma’s Imagine Breaker just a lot less… impactful now or what?