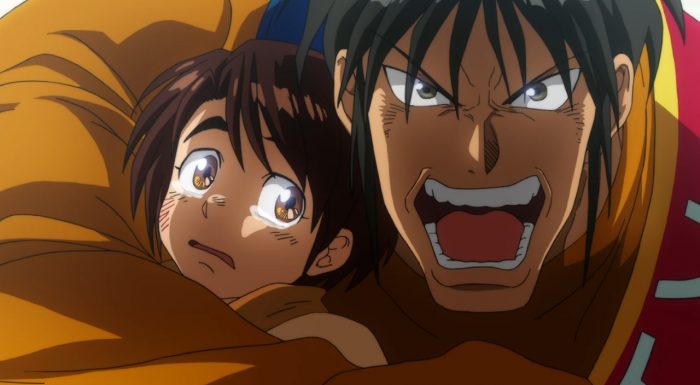 Now that was a pretty fun first episode. Some shows just manage to debut with likable characters and a few emotional scenes right out of the gate. Karakuri Circus just got right to it and didn’t waste a whole lot of time. By the end of the first episode we’ve at least met the main trio, have a small idea of who they are and a sense of the threat that is coming their way. There is a lot less a show can do in their first episode than that. This set a good tone.

It has an enjoyable old-school feel to it. That is fitting considering this is adapting a manga from the same person behind Ushio to Tora. It makes things all the more amusing that the VA for Tora in that show (Koyama Rikiya) also voices Narumi who is one of the main characters in this series. This just feels like a show that we don’t see too often. At the core of this is a little kid (Masaru) who runs into two protective figures in Narumi and Shirogane. Tossed into the mix is this evil organization using killer puppets and a somewhat rough relationship at present between the two protectors. There is potential for some real fun with this show. 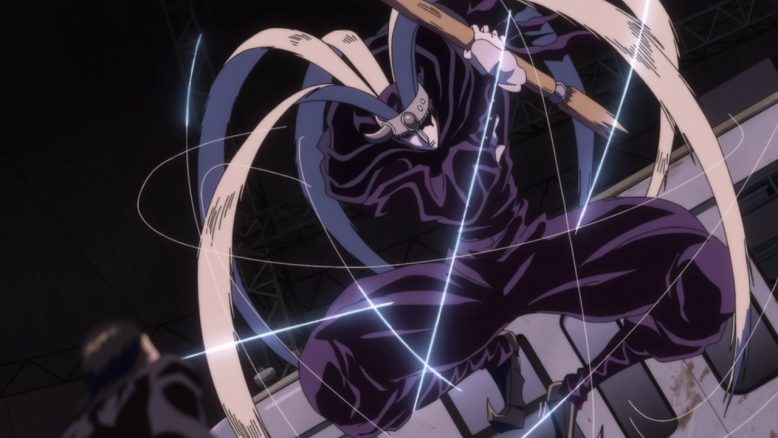 We’ve only got a peak at the main cast so far, but it’s a good look thus far. That is a very curious condition that Narumi has. He’s in a tough spot needing laughter to stay alive. It sounds silly, but for him it would be deadly serious. That’s a difficult condition too since you have to work to get laughter with the consequence of failure being death. I can get his worry that if things are going to hell in that city…that his life might be on the line. People in a tragedy aren’t that eager to start laughing it up. At least if he hangs around Masaru he might be able to both explain the situation and get the kid to laugh when he needs it. A sort of situation where he might need the one he’s protecting as much as they need his protection.

Of course we’ve got to see how much protection he needs to give with Shirogane around. She seems rather on the ball in terms of handling her own puppet and facing off with the threats coming their way. The interesting thing is going to be seeing the balance between how they provide protection for Masaru. 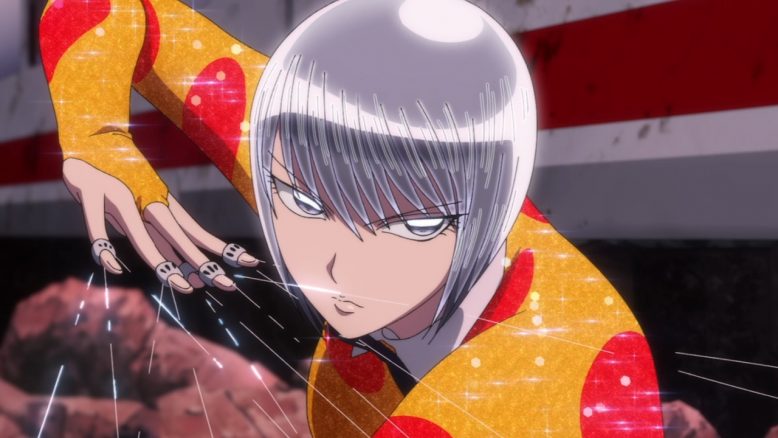 I’d say that Shirogane might be the most mysterious of the cast at this point. Narumi raised a fair question of what she was doing out at the circus instead of actively protecting Masaru from the start. Why did Masaru’s grandfather leave him with Shirogane’s name instead of having her be an active bodyguard for him? There is more going on than we know, but I’m sure they’ll get to giving us answers as time goes on. If nothing else she is definitely capable. What I found the most amusing is how split she is in treating people. With Masaru she’s excited and friendly. With everyone else…she’s pretty cold if not hostile. Not exactly what I’d call tsundere, but just that she’s very dere with one person and tsun to everyone else. You can tell she does care about the kid and wants to keep him safe. 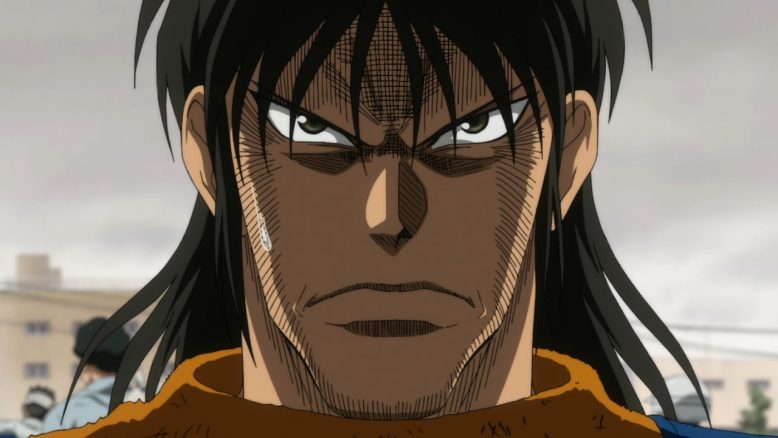 For a first episode this really worked for me. The action was solid for both Narumi and Shirogane. They both did what they could. While Shirogane handled the enemies a bit more easily, it was Narumi’s guts that resonated with Masaru. He wouldn’t have lasted long enough to call out to Shirogane if he didn’t remember what this imposing guy said to him. I’m really curious to see what kind of action we can expect from this show. The first fight with Shirogane was short, but it appears the next episode is going to raise the threat level a bit. And they are facing off against people who don’t give a damn about derailing a train. These guys are serious and want this kid. Whether they want him alive or not I’m unsure. They did try to kidnap him initially, but they couldn’t have expected him to survive the train. 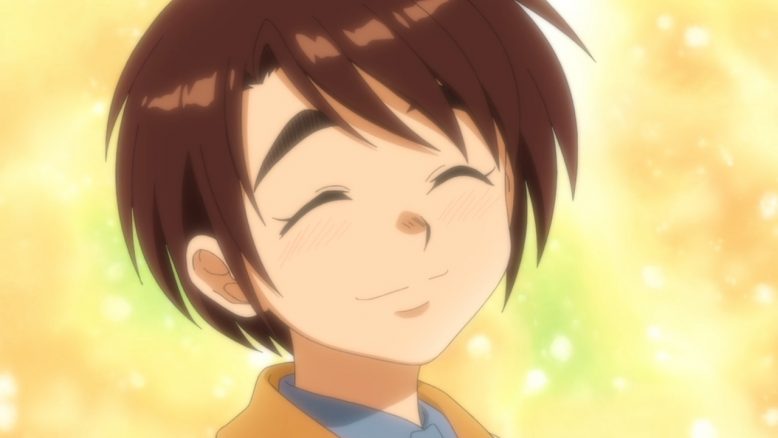 One of the last first episodes we’ve got coming this Fall Season, but definitely one of the stronger ones. This show knows what it is and embraces that. It should be interesting to see what happens when the main cast gets a chance to settle down. Right now they are just running around and under constant attack. Let’s see how they deal with the next attack coming their way. Hopefully the show can make use of this strong first episode and carry the momentum forward.