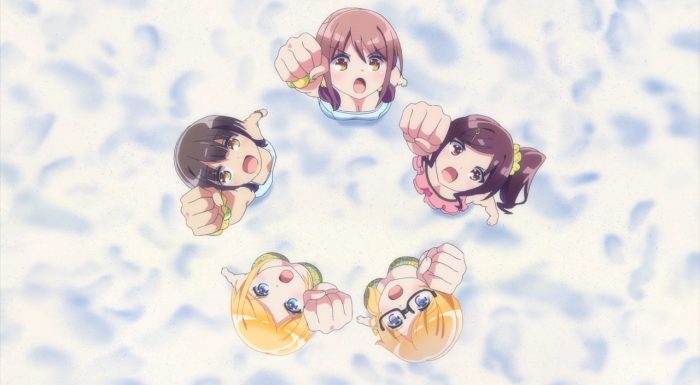 The end of a season can catch you offguard and that was somewhat the case here. Before I knew it this was the last episode. Some expectations I had were inaccurate. But I will say the last episode both had a good sense of tension at points and a comfortable stopping point. Whether this show ever gets another season or simply ends here that was a good last episode to end with. We got to wrap up the good final match between Harukana and Éclair. Both sides gave everything they had and allowed for a very enjoyable conclusion. 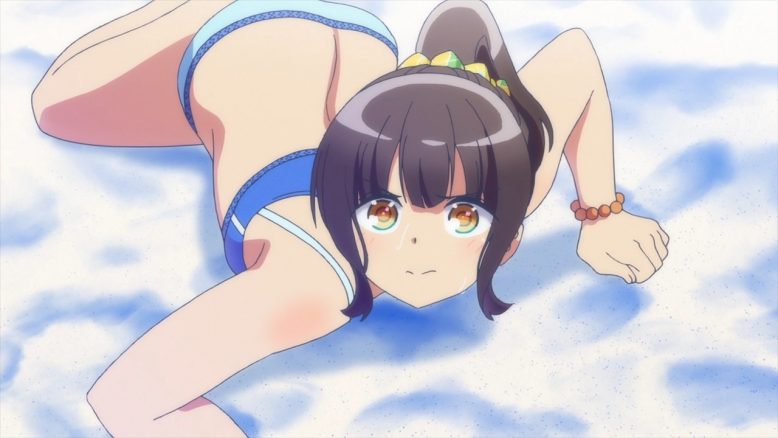 I did overestimate both the episode count and where they wanted to end the show. It also seemed as if things would end more thanks to Kanata doing something clever, but really it was more Haruka’s block that settled things. Not that Kanata didn’t play her role. If she didn’t get to the ball she needed to then there wouldn’t have been a chance for Haruka to win it. I also thought the show was going more towards ending with that big showdown against Narumi’s team. If nothing else I thought they would at least end somewhere close to where the first scene of the show as clearly foreshadowing towards. Instead I suppose that was more a show of where the story will eventually go. 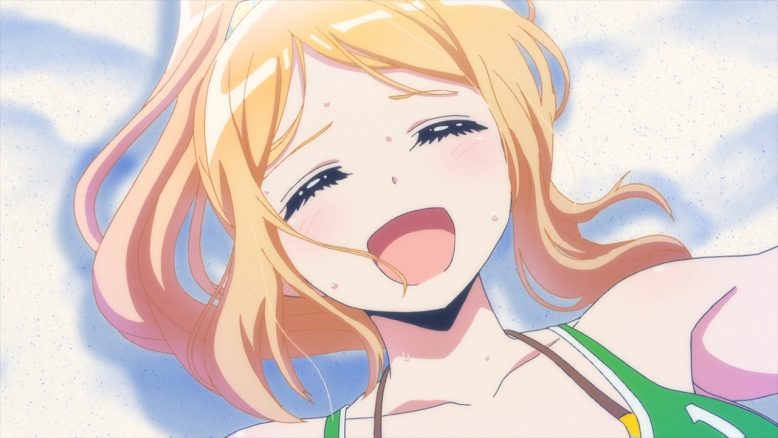 Overall I’d say the match had some good moments to it. Even if the conclusion was safe to presume, they made sure it wasn’t easy. This was a brutal slog for all parties. The math just carried on and each side had multiple chances to end it. In some ways the amount of chances there were to end it might create additional regrets. There’s no point focusing too hard on what might have been. Sure if Claire had simply done a pokey they would have won. Kanata was down and Haruka was full in on the block. But Claire knows her style of game and she had to go for the move she could trust the most. Sometimes you just lose despite your best efforts. 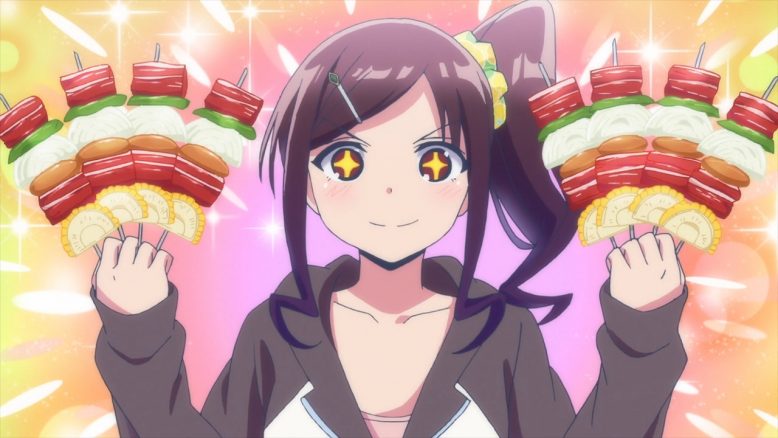 Somehow I find it utterly hilarious that Narumi’s ringtone for Akari was the Shikuwasa song. It was a very fitting choice and more amusing than I might have expected from Narumi XD. Since they couldn’t possibly fit the match between her and Kanata in this episode it was nice that she was so invested in hearing from Akari about the match result. Although I’m still throwing my hands up and wondering why the heck Narumi is talking to everyone except Kanata!? She’s talking to Akari that she hasn’t met that many times and yet her old partner and friend can’t get a call?

While Akari can’t seem to get a partner in this club it is nice that her role is important. No doubt her being so stressed about things and openly expressing her feelings helped keep the club together. That kind of intense showdown can make things difficult going forward. Although one would think they could survive. Clearly Naurmi and Tachibana defeated them the previous year and yet Claire and Emily are still talking with them. I think they would have gotten over it regardless. But hey it is nice for Akari to feel so appreciated. 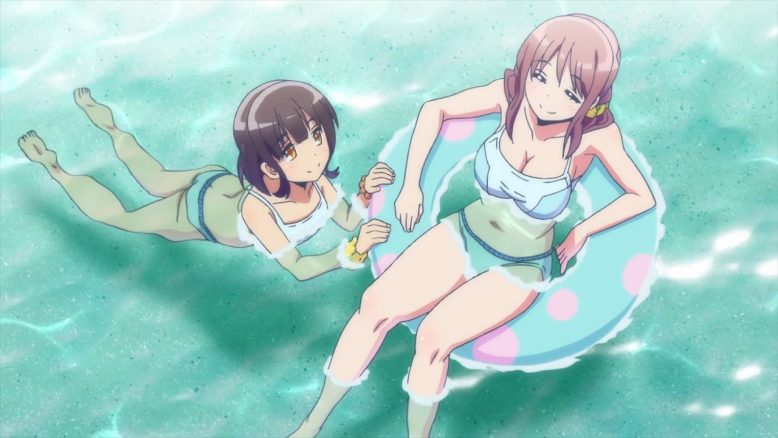 Final Thoughts
In the end I think this show was pretty solid. It had some good moments early and the matches were enjoyable to follow. Now I do think the show was more exciting early on than it was more in the middle and late. I was really into the story around Kanata. Her past and the effort being put towards regaining her old self was interesting. Once they had settled in with her basically being ‘better’ then it wasn’t quite as intriguing. It didn’t help that much either that while Haruka’s growth as a player was interesting…her character didn’t get to develop too much. There was good interpersonal stuff going on with her and Kanata. But when the story got more serious then that side of things was mostly dropped. 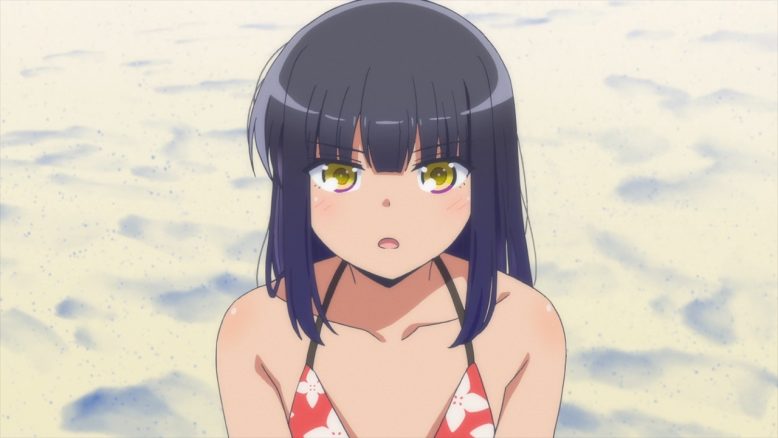 But the characters were likable and it was a fun show. I appreciate that they did try to fit in as many important matches as they reasonably could. They had some good moments early on, a lot of training, and time skipped around as needed. It wasn’t a bad looking show and honestly the sand effects worked for me. You could feel the effort the girls were putting in. Honestly a sport that requires more guts than you’d immediately think. Not easy to be diving around everywhere for balls that you might not have a realistic chance of getting. 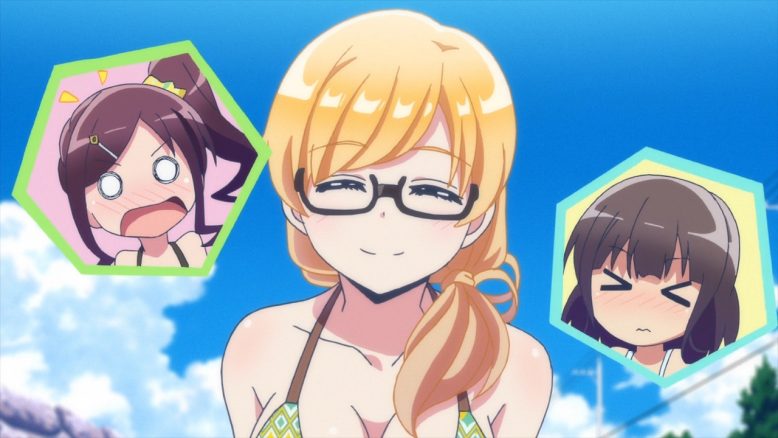 While I wouldn’t say this was one of the greatest shows of the year, it was enjoyable. In terms of sports anime I think it did a pretty fine job. You got to see Kanata rise up and return to being a confident player. The focus on the bond between partners was fine. I think they did a pretty solid job with the various main pairs in showing how important having a strong partner is. Honestly the only pair I’m still waiting to see more from is Narumi and Ayasa. They did a solid job though in showing how Claire and Emily do need each other in order to thrive and the same with Haruka and Kanata.

I will miss this show, but everything has to end at some point. Will say goodbye to Harukana Receive and look forward to what is ahead.