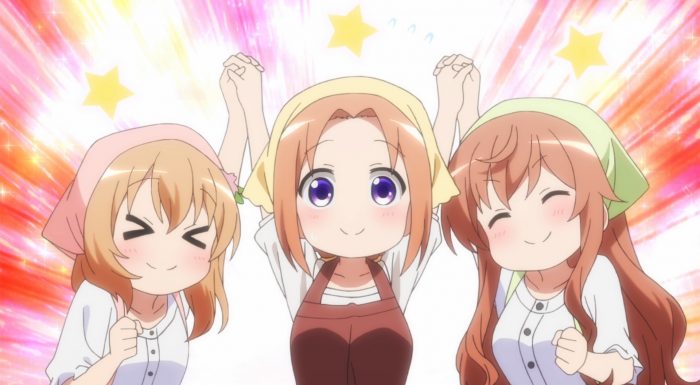 Exciting news for fans of Gochuumon wa Usagi Desku Ka? (Is the order a rabbit?) We’ve got a new OVA coming out sometime in 2019 and also confirmation of a 3rd season coming out in 2020.

This was announced on September 16, 2018 at the DMS Tea Party special event for the “Dear My Sister” movie. You can watch the announcement video on Youtube and can see the announcement on Twitter. 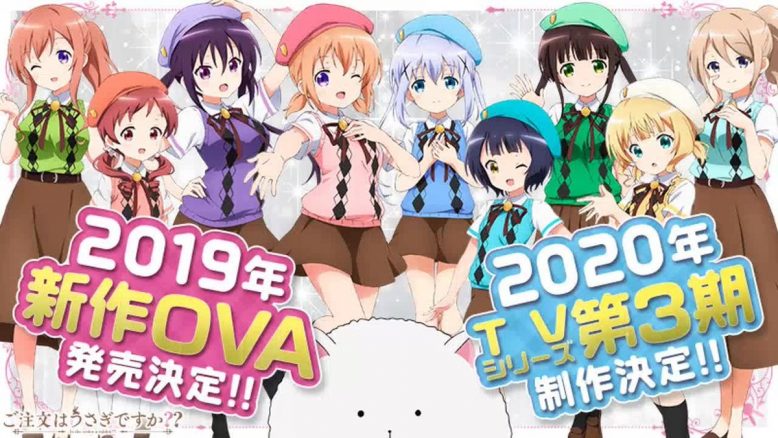 The first anime for this franchise debuted back in 2014. This was followed by a second season in 2015. The most recent outing for the franchise was of course the Dear My Sister film that came out late 2017. The franchise appeared to take a pause after that second season, but after the film came out it did feel like momentum was back behind it. It felt possible at that point that another season or OVA might be on the table.

It doesn’t take away though from the excitement. This franchise really caught me offguard when I checked out the first season. And it has really held up as a franchise I really enjoy. I gave the first episode of S2 a first look back in 2015 along with a review for that second season. I also gave a long and full discussion for Dear My Sister earlier this year. 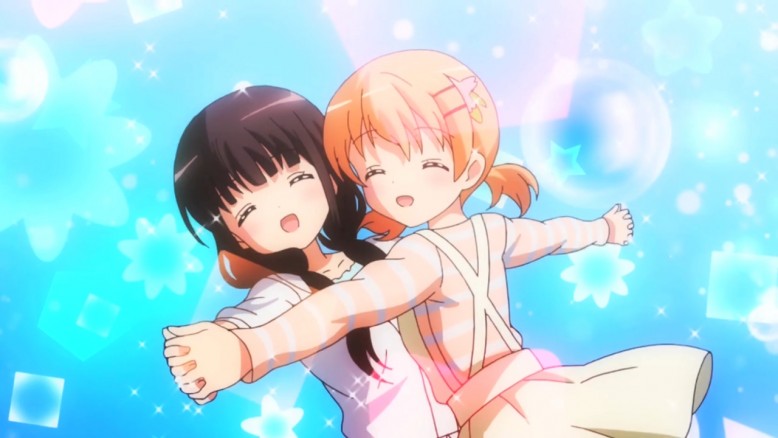 From my point of view this is extremely good news. There is still a long wait. 2019 is still well off and we don’t know when the OVA will drop. And obviously it is an even longer wait until 2020. However, I think just dropping the news on this was a great move. The excitement stays alive and I’ll have something to look forward to down the road.

Stay tuned for updates on this front. There is no rush for them to announce specific dates, but will update as more details become available.