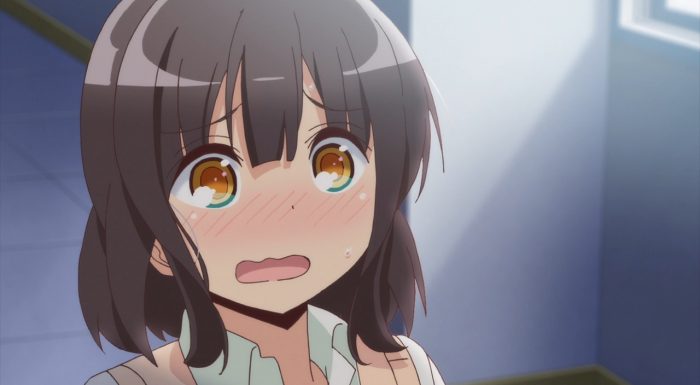 Well this episode caught me off-guard a little. Mostly because the first two minutes were so strange that I wasn’t sure what the heck was going on. Once it actually got going it was a solid enough episode. Though clearly I was overthinking the role Ooshiro was going to have here. Not a coach or anything, but rather a former child star looking for a way to become famous again. I suppose she wants friends too, but clearly she wants another taste of fame. She wants it so badly that she just blacks out while walking around and goes into a delusion about being an idol. That girl has a few issues. 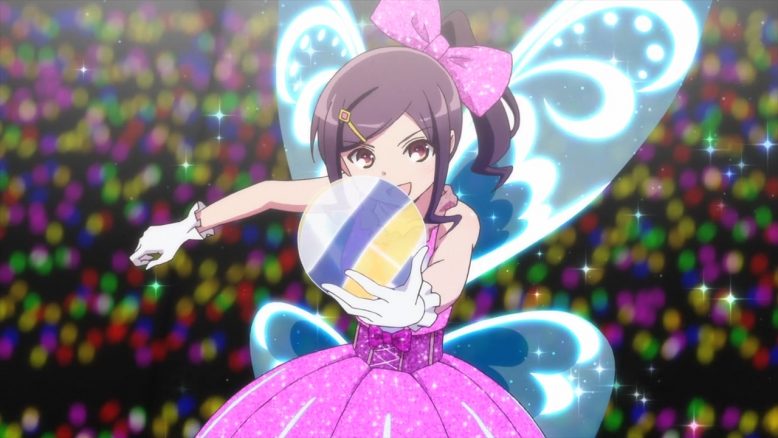 Speaking of the opening couple minutes…what the heck was that? Did they need a full musical sequence to establish this girl wanting to be a famous again? I ask that since it appears to have been beyond the studios capabilities. The 2D portions were fine, but when they tried to go full CG idol sequence it got kind of ugly pretty fast. Harukana Receive…you’ve already got a premise that allows for girls in swimsuits every episode. You don’t need to try and turn it into an idol show. Or at least if you are going to have a sequence like that in the show…try to build up to it. It’s rather confusing when this character we can’t quickly identify is just throwing a concert for no apparent reason. 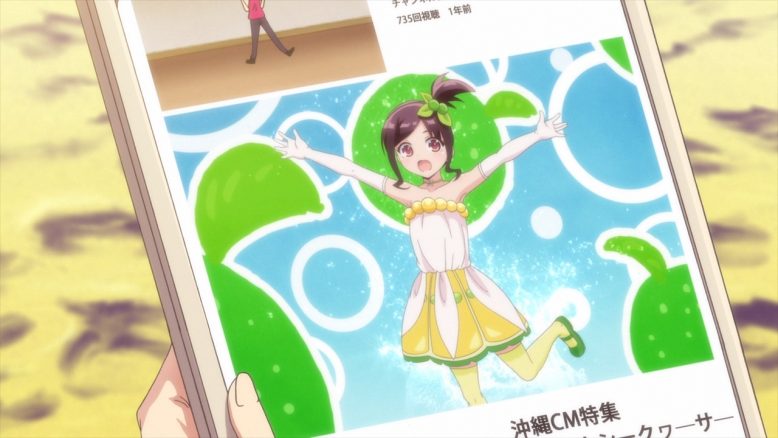 I do think that girl should probably give it up on using beach volleyball to regain fame. There has to be easier ways than trying to become a famous athlete. Regardless she should settle in as a kind of ‘manager’ of the beach volleyball team. The only fitting thing to do since they don’t have anyone she can officially partner up with. And hey so long as friendship is the big gain for her it’s still worth being in the club itself. They’ve also managed to add a classic tsundere to the team, although not sure they needed one. 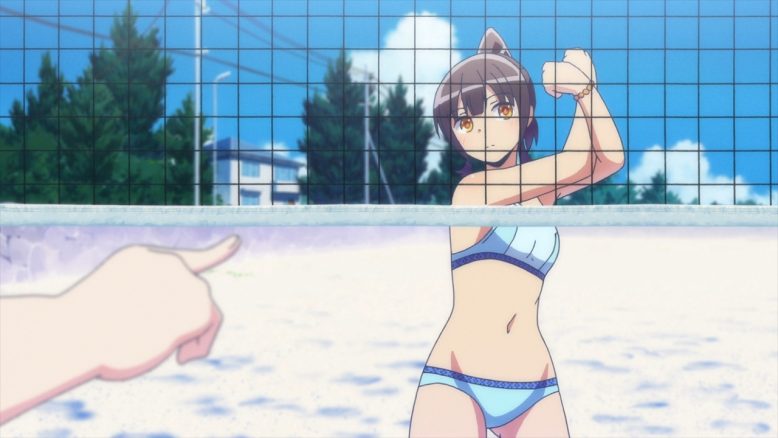 It was fun enough watching Kanata pick someone apart. Though beating someone with minimal experience wasn’t much of a challenge. Kanata is a pretty smart player and reading those spikes were easy enough. It was a match that played to her strengths. The big challenge is Kanata and Haruka becoming good enough to challenge better pairs like Narumi and Tachibana. Not going to be easy with the room Haruka has to grow and Kanata needing to continually find better weapons to use in their matches. But it was rather fun watching Kanata getting smug. I’m sure in part it was to get Ooshiro so fired up that she’d keep playing. But maybe part of it was making Ooshiro pay for discounting her because of her size when the girl herself is a total novice.

And then of course you have that ‘jealousy’ sort of scene with Haruka. Now to be sure Kanata talking about Narumi too much can poke at Haruka, but it was a fair comparison to make. Good on Kanata in general though for reaching out to Ooshiro because she understood how that girl was probably rather lonely. 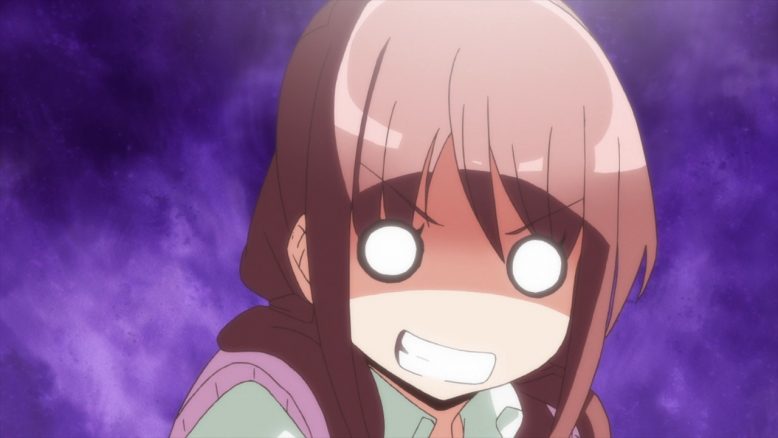 It wasn’t an amazing episode, but it was fine. They got a new character to the main cast and Emiy/Claire’s mother has arrived. I’d guess that this is part of what the phone call was about a couple episodes ago. Haruka could really use some intense coaching to take her game to a higher level. But it might not be bad for Kanata either. If anyone can help her find new ways to contribute it should be this professional. This should be a good chance for a mini-training arc.